Scotty and Famille To Stay

Scotty, Andy and the gang all arrived on Sunday after lunch, in sweltering heat they walked up the piste to us. It was fabulous to see them and for them to make the effort to come and find us on their hols in the SW of France. Beaches to mountains.

After a wander around the barn and cold beers, the river called for most of us….Al declined not liking cold water. Kids loved it just deep enough for them to dip and play in. Refreshing to say the least.

Drinks on the helipad bubbles and nibbles went down well in the sun.

We were hoping to have dinner outside but the storm clouds blew in so the paella welcome meal ended up being inside. Although we did manage rummikub on the terrace with the kids whilst Al cooked his delicious paella we then went inside to eat it and have some cheeses too.

Brekky on the terrace but the cloud was coming in again so after doing the usual chores in the am we sent the kids off on a treasure hunt we had made for them exploring the grounds as such, using a compass, learning some French and climbing the totem pole at the end to get their prizes. We did have a stop mid way as the thunder roared!!!!

The planned picnic we had made turned into an indoor picnic and then we decided to brave the elements and headed up to the Cirque D’Anglade, Fiona and Wee Patrick were amazing and ran up the hill quite a lot of hurrumphing from Hamish as Scotty dragged him up to the top! We arrived out of the clouds into glorious sunshine which was perfect so we could wander up to the snow, have snacks build dams etc and look down on the mist.

On the way back down we found some chanterelles for an amuse buche for dinner.

Drinks down at the Auberge and ice creams for the kids before retiring back to the barn for the BBQ and again indoor eating as it was mizzle and drizzle. Fire lit, rummikub to play, salads to prepare and then lots of yummy food, marinaded duck in 5 spice was delicious. Late night for us as we retired to the outbuilding at 12.30pm maybe with a few too many glasses of wine consumed too!!!!

Scotty and gang packed up but we managed a quick walk up to the waterfall before we dropped them at the end of the piste and said our au revoirs.

LOVED having you all to stay. Having a few days of healthy eating and no booze now to recover! 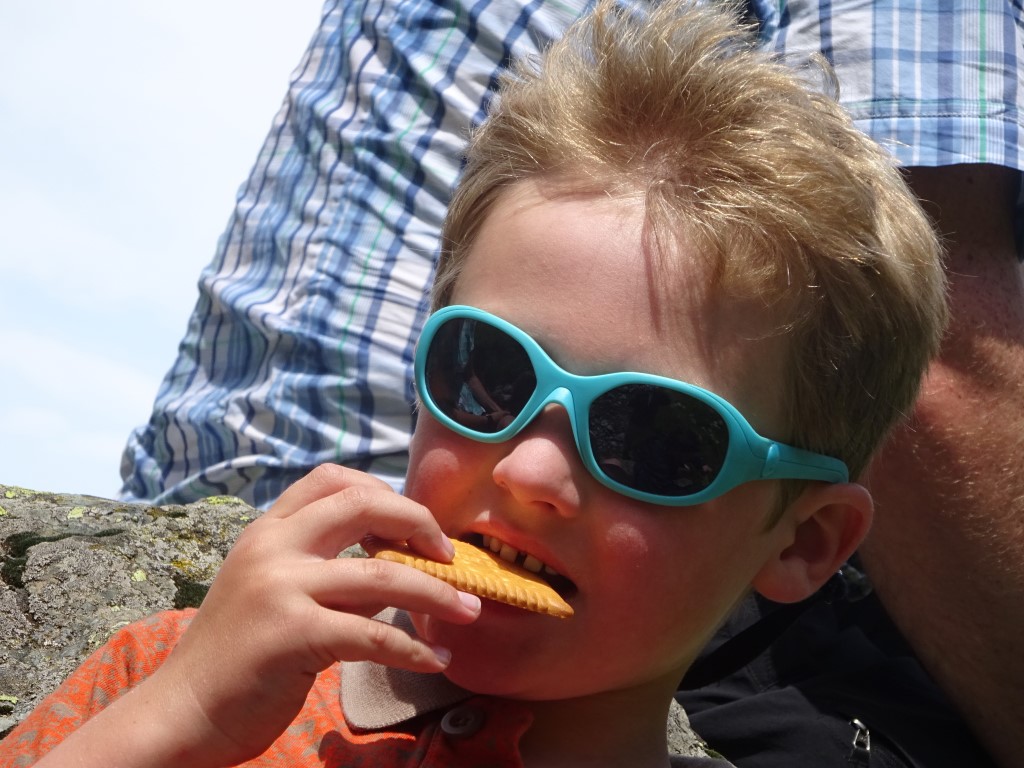 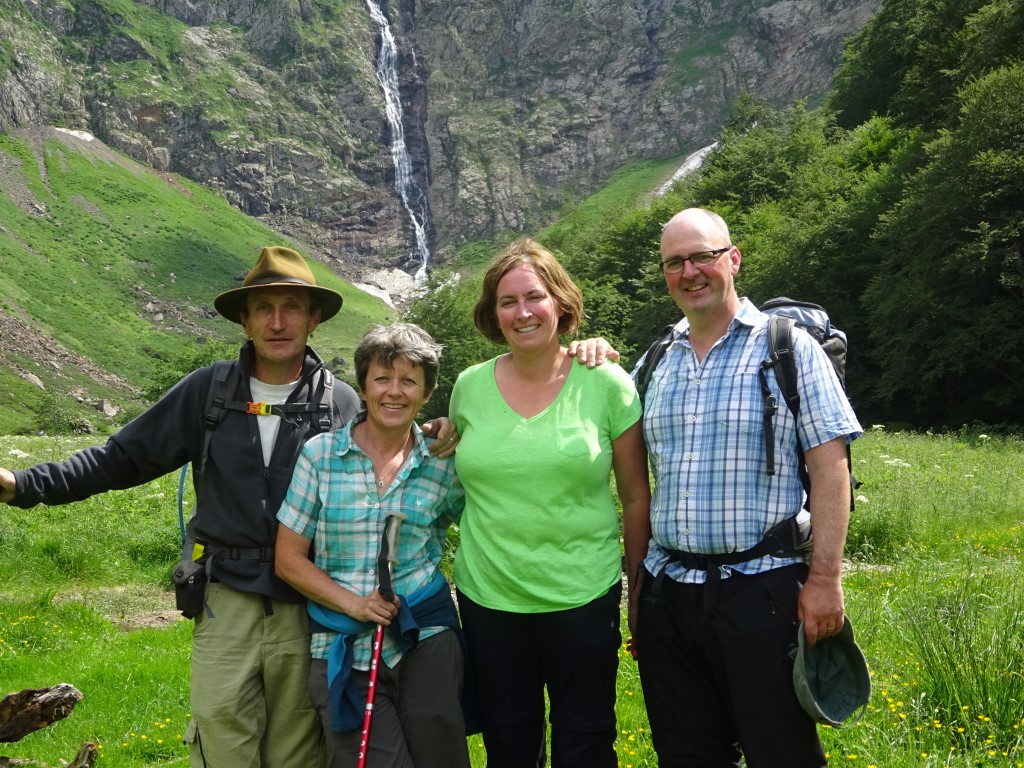 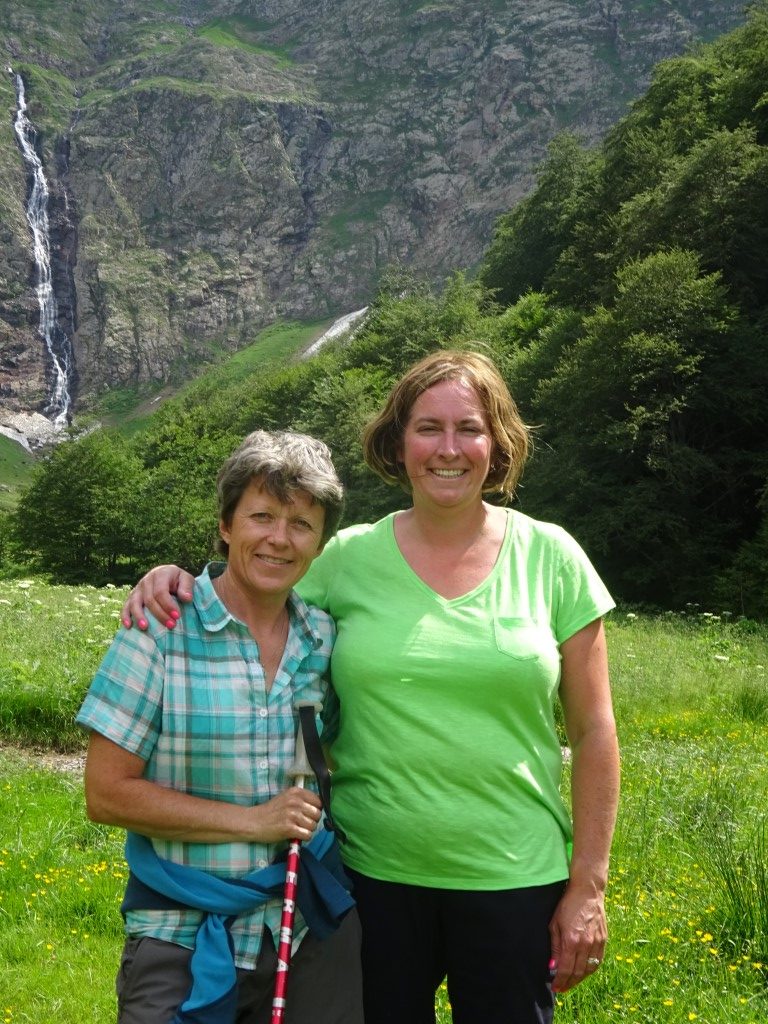 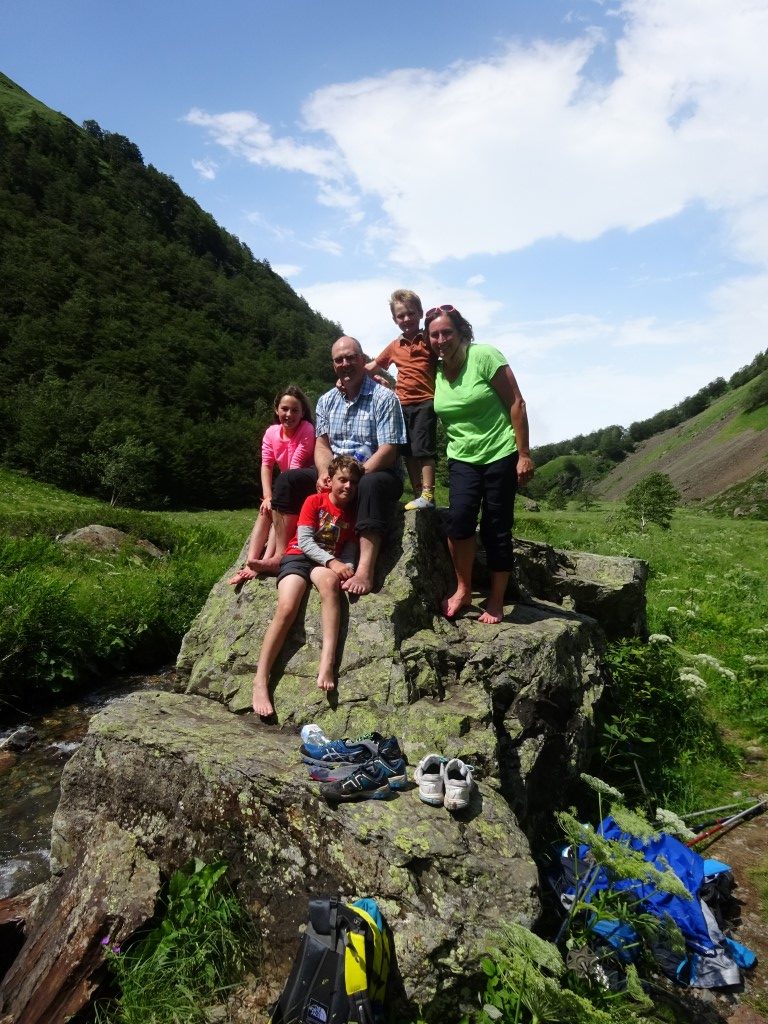 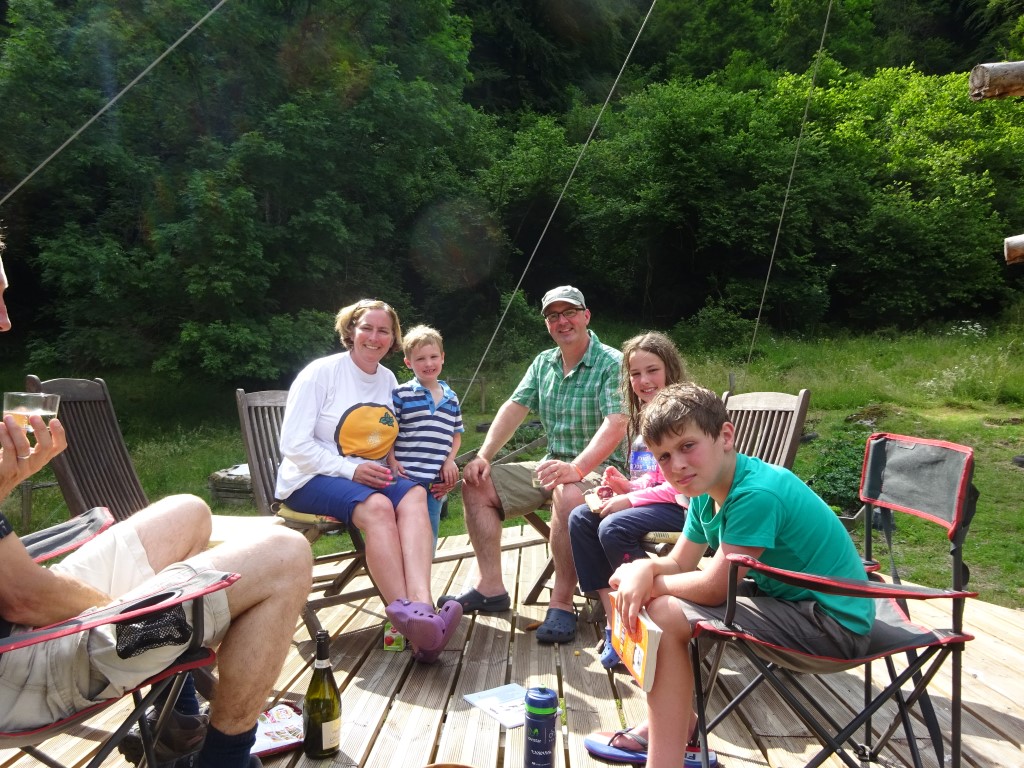 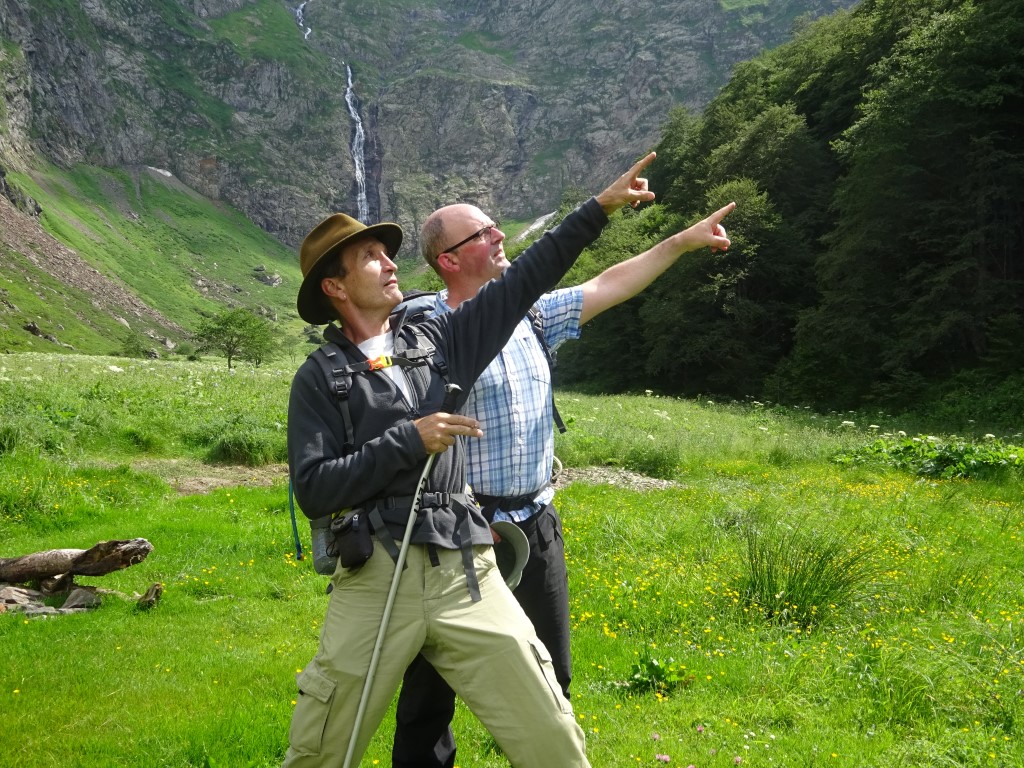 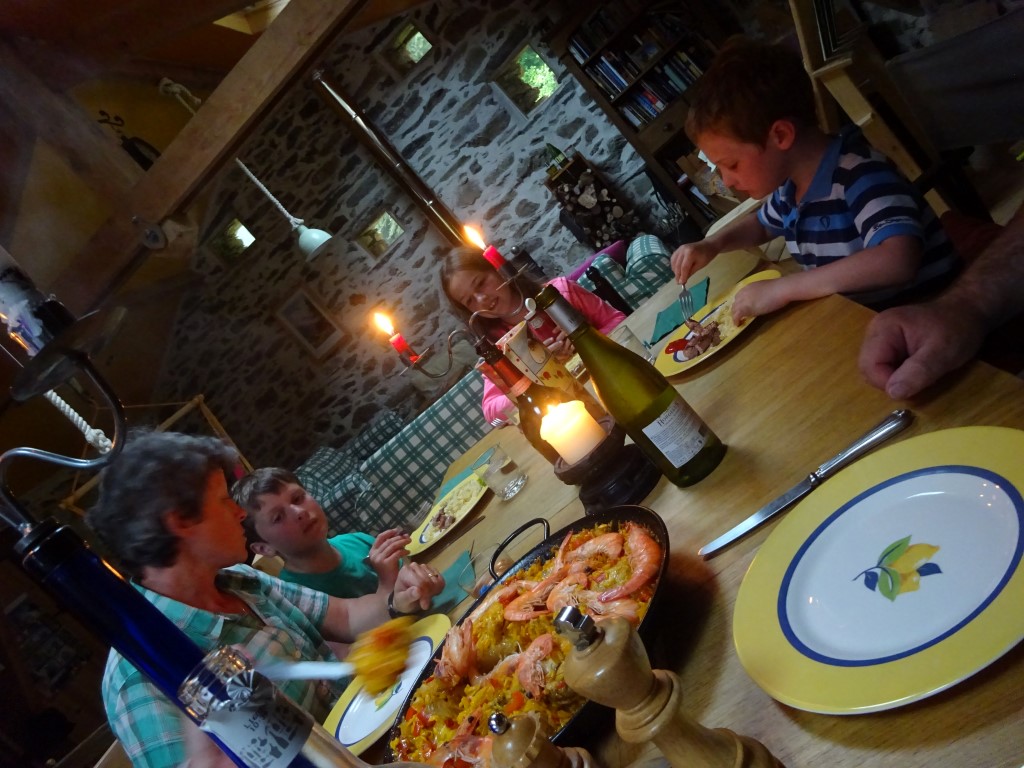 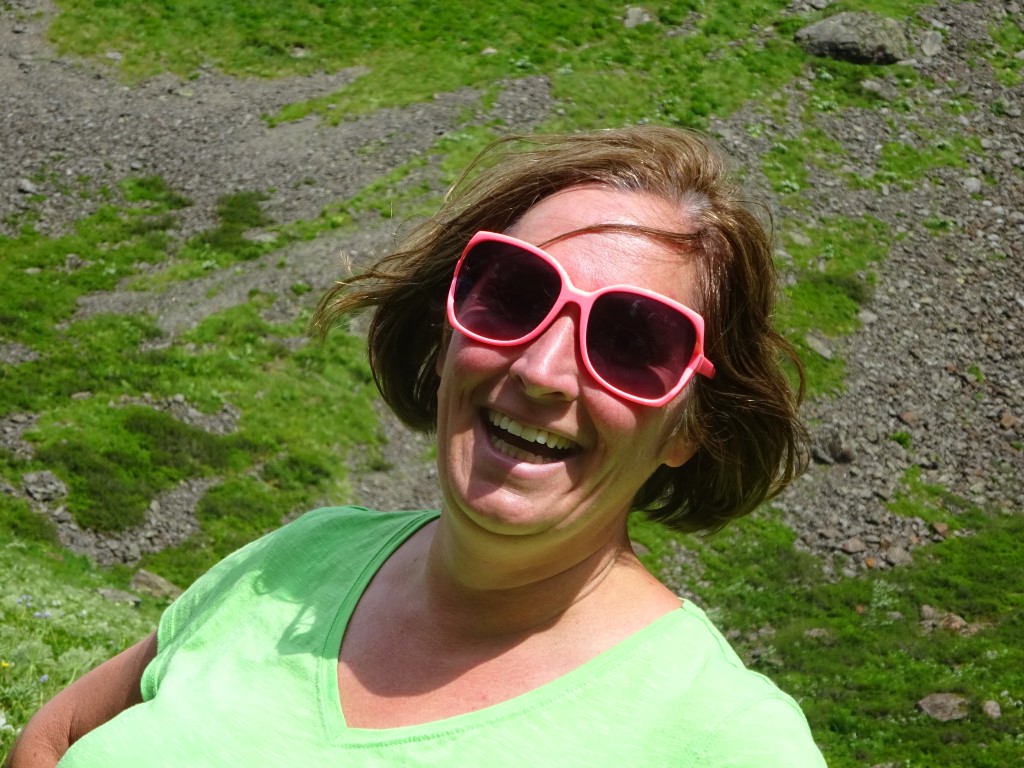 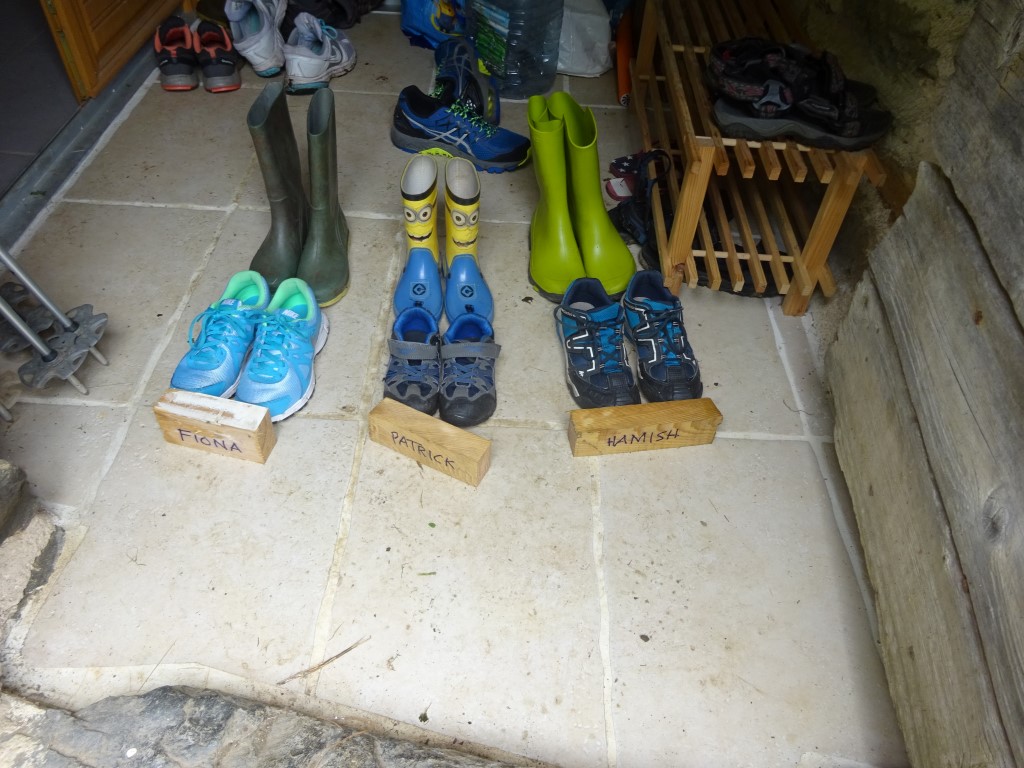 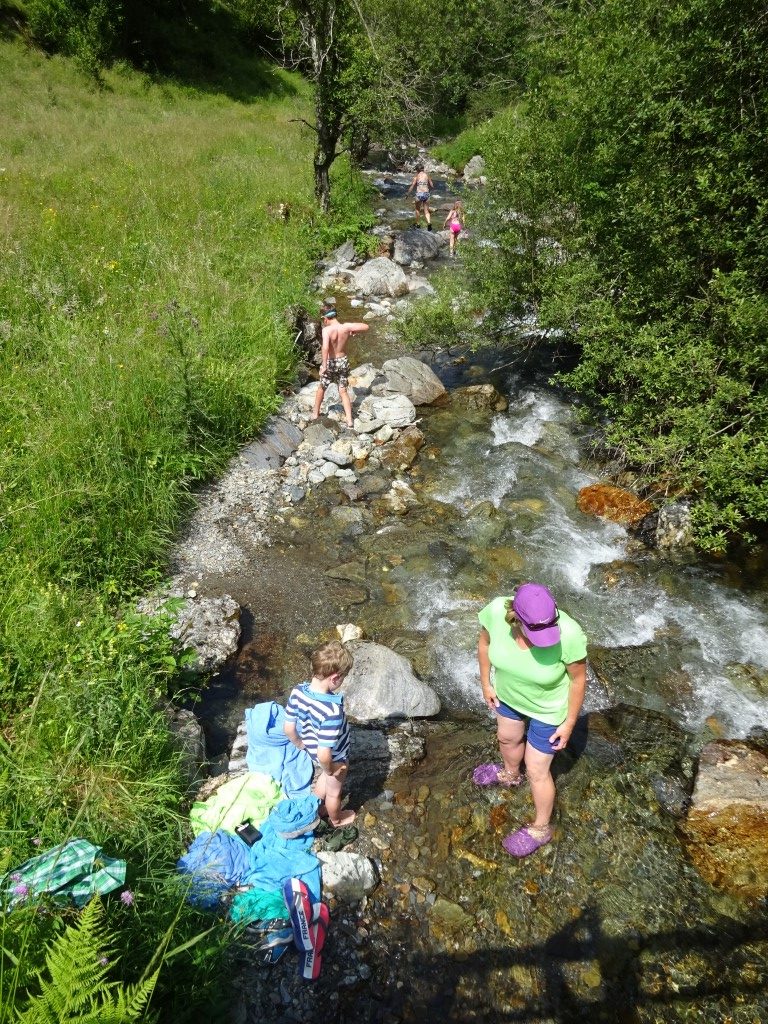 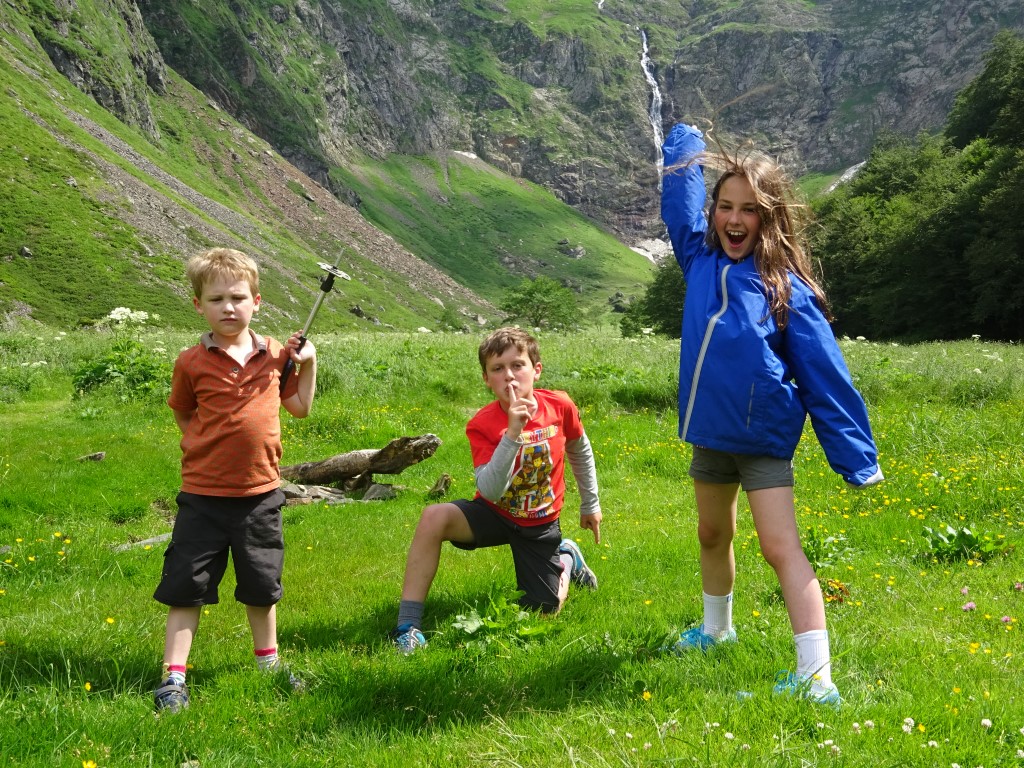 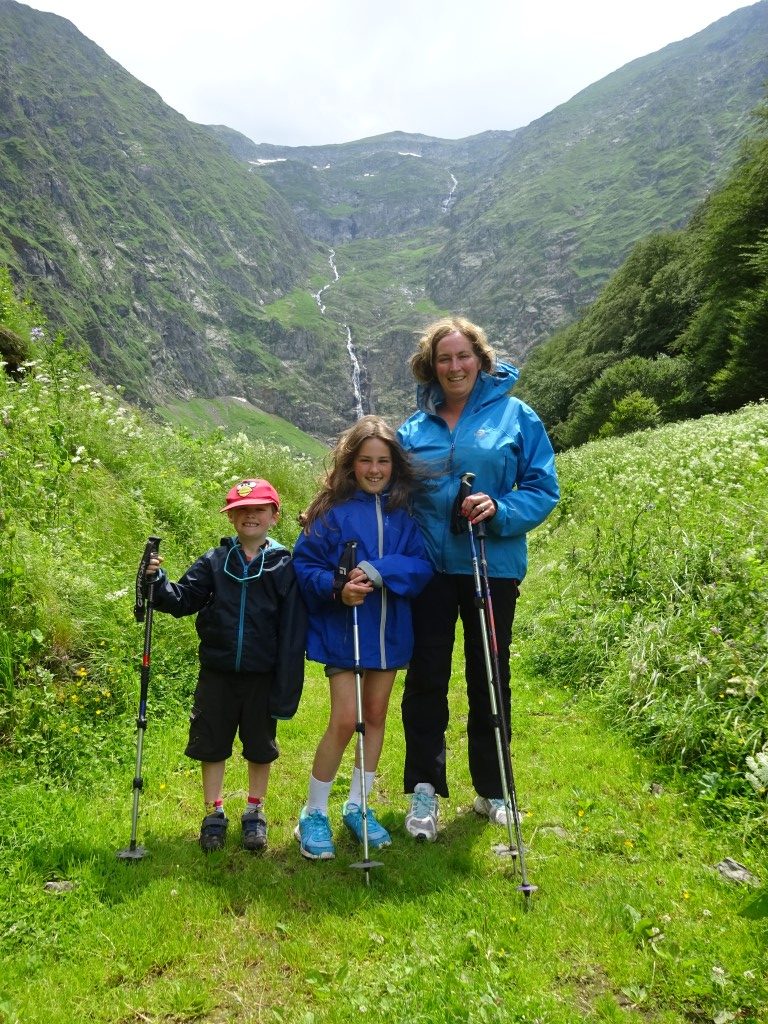