With such a great forecast we decided to head off into the hills for 2 days and booked into a refuge for a night. We had a superb time, not a cloud in the sky at all and 90 degrees plus the whole time so it was nice to be up high.

We started up from Eylie and had a steep climb up through the woods following the GR10. It then opened out with stunning views and also passing all the old mines on the way up to the Col on the Serre D’Araing where we sat for an hour and had our lunch looking down on the lake, refuge and seeing Pic de Crabere which was our goal the next day. We decided not to go to Pic de L’Har which was another 45 mins on as it was too flipping hot! So instead down to the refuge for lots of cold water, cards and a couple of glasses of wine in the sun.

A lovely little refuge and we even had a concert playing for 30 mins before dinner. Excellent fodder and bed early with our 8 fellow dorm buddies none of whom snored which was a total bonus so a reasonable nights kip.

Up early the next day and we climbed up to Pic de Crabere in under 1.5 hours and had the place to ourselves. Maps out at the top trying to piece together the skyline and just enjoying the view before tackling the 1700m descent always a killer on the knees. We had a stop at the refuge before looping around via Col des Cos where we had lunch and then the final steep descent to Billy Boy. A river at the bottom so I flopped into that and Al soaked his feet!

A really lovely loop and we both felt recharged although slightly pooped too with the heat.

Back via St G, for washing, food and then a quick drink at the auberge before a lovely smoked trout and prawns salad on the front terrace in shorts and T shirts as still boiling hot. 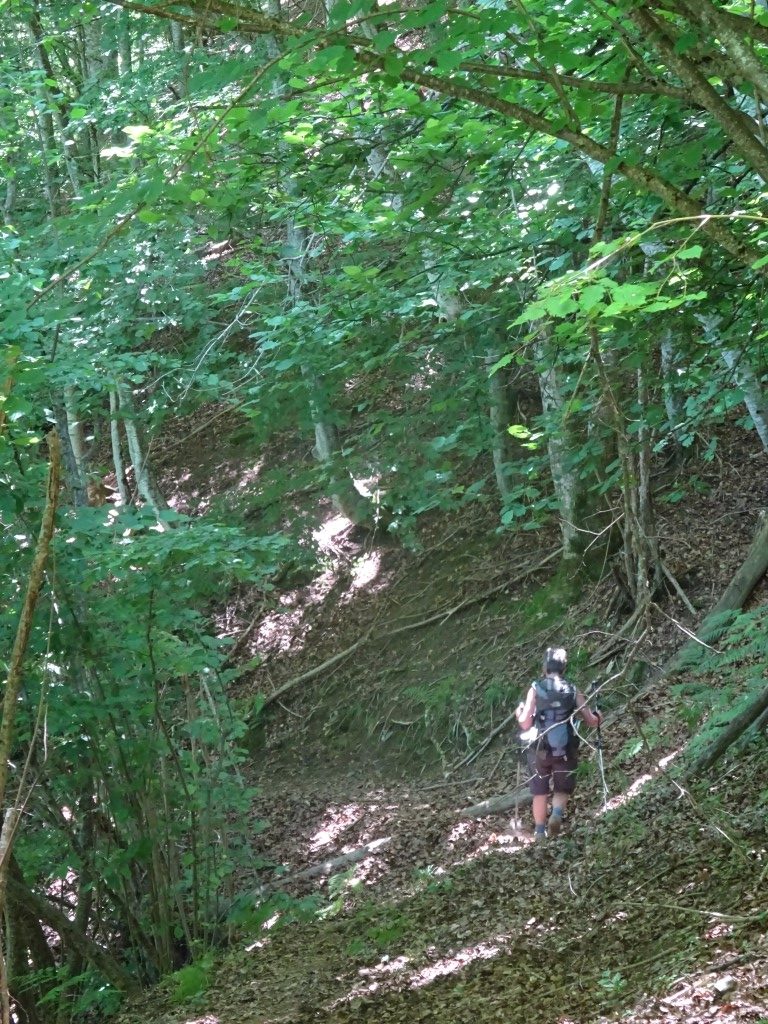 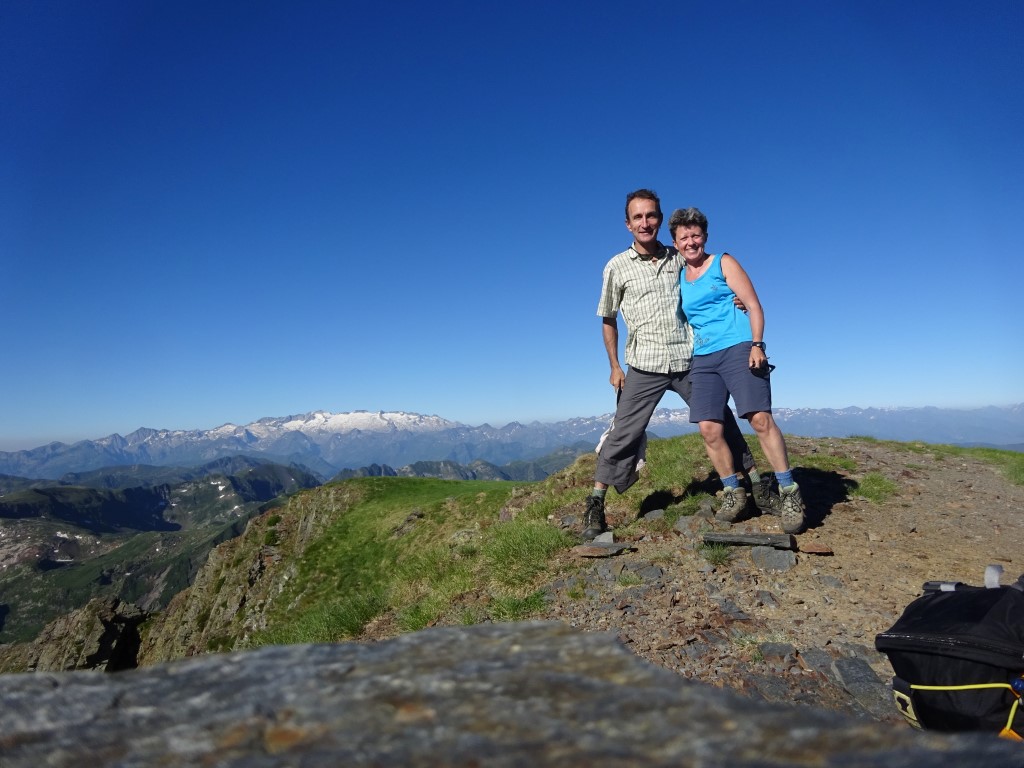 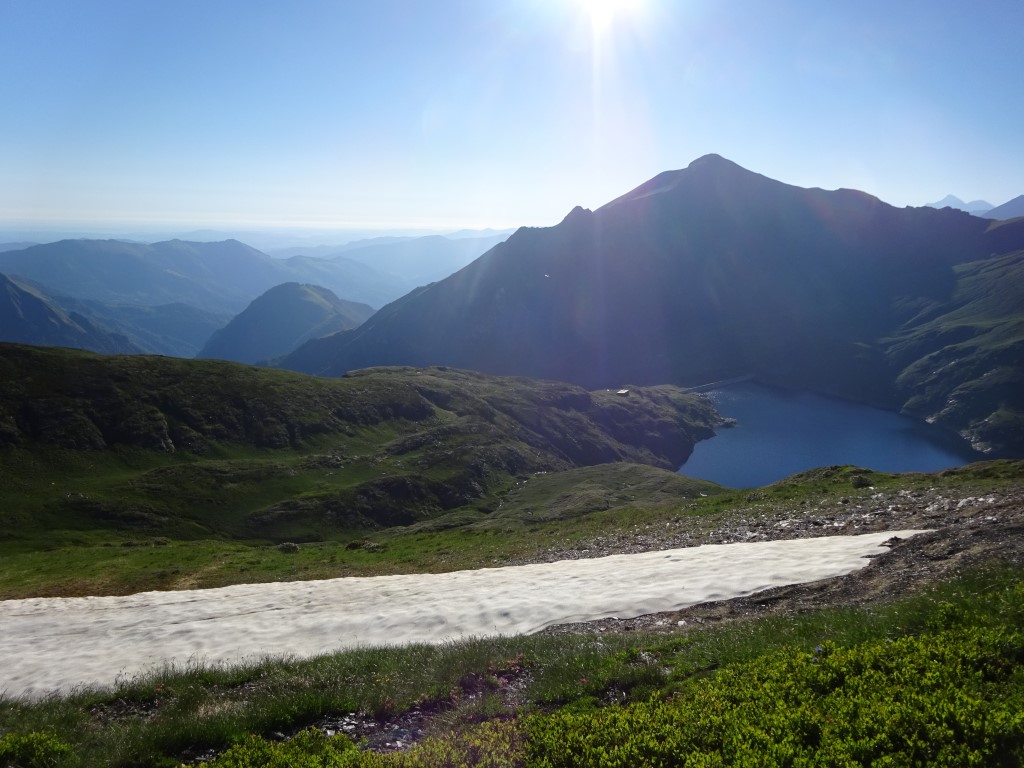 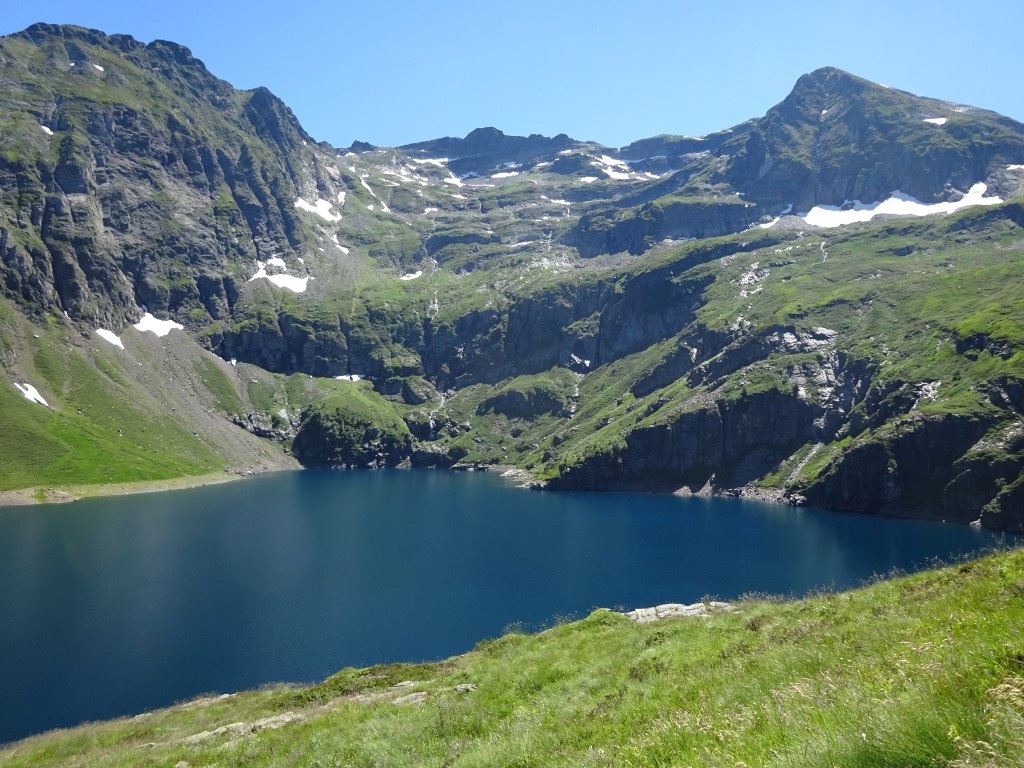 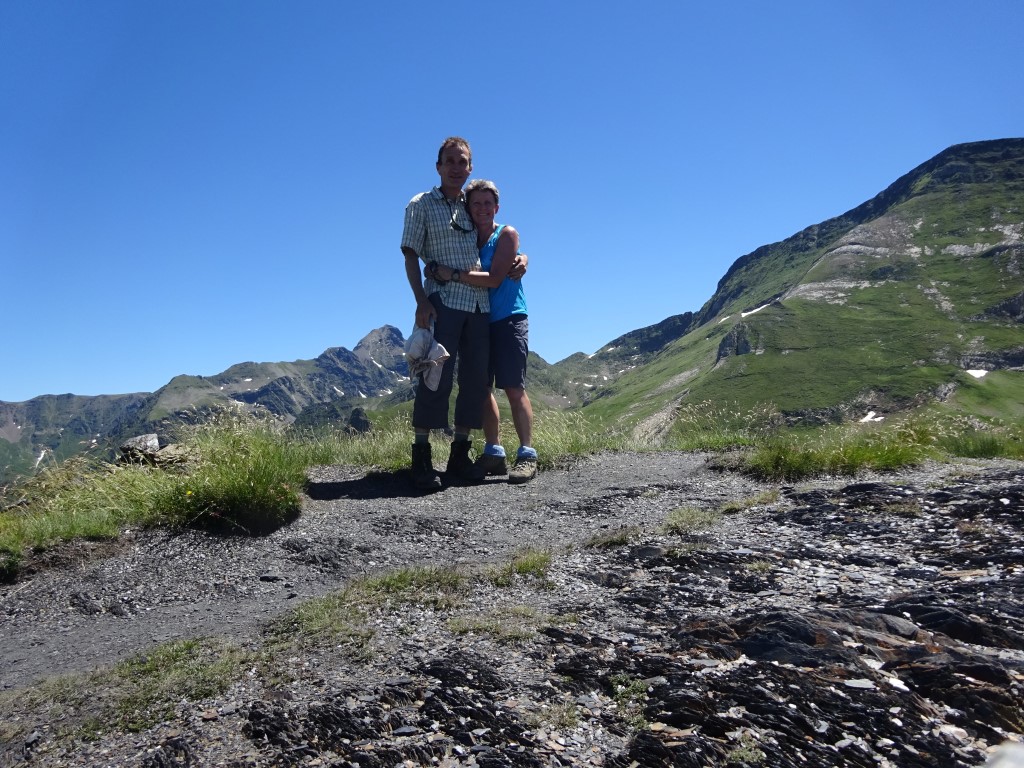 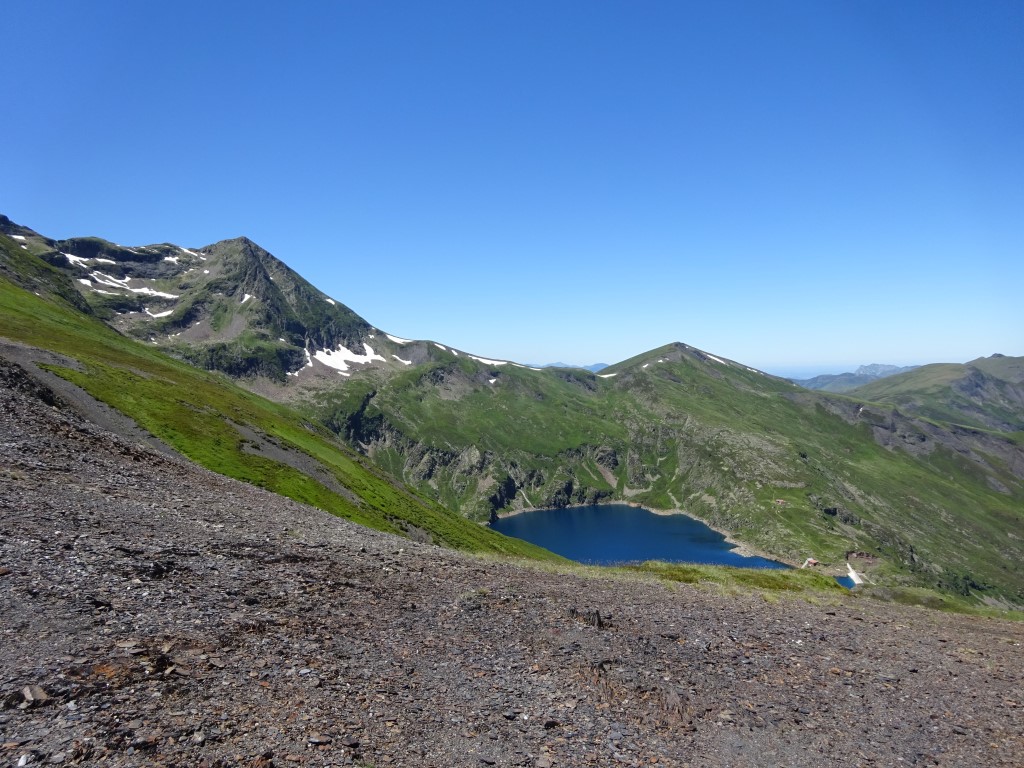 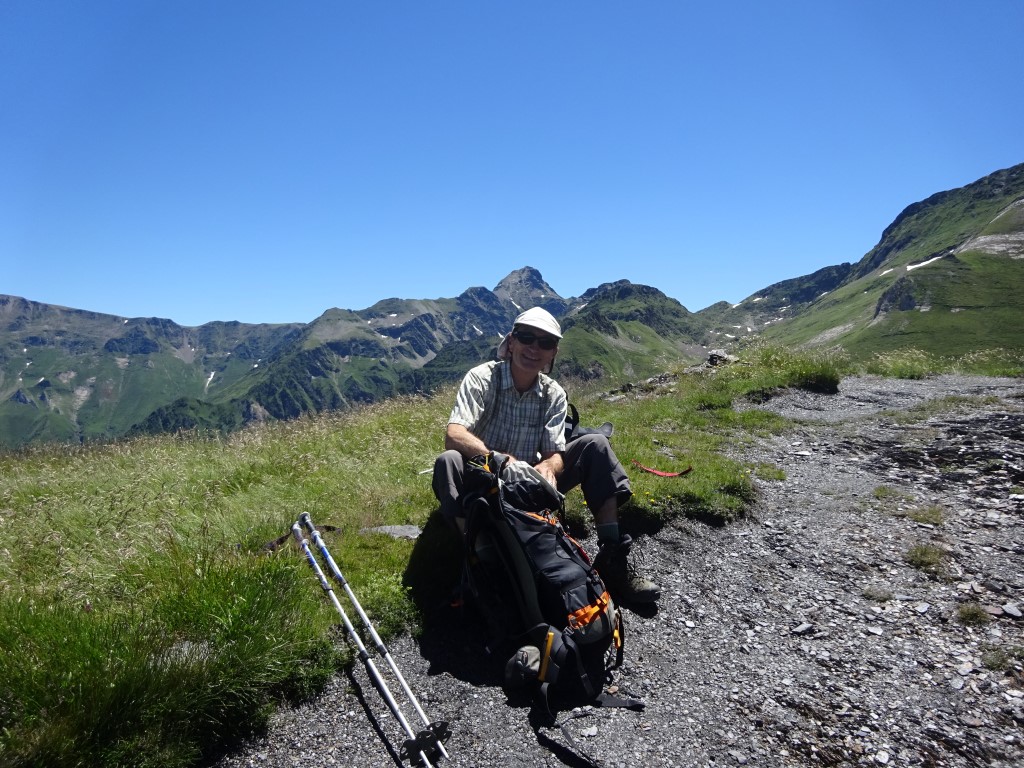 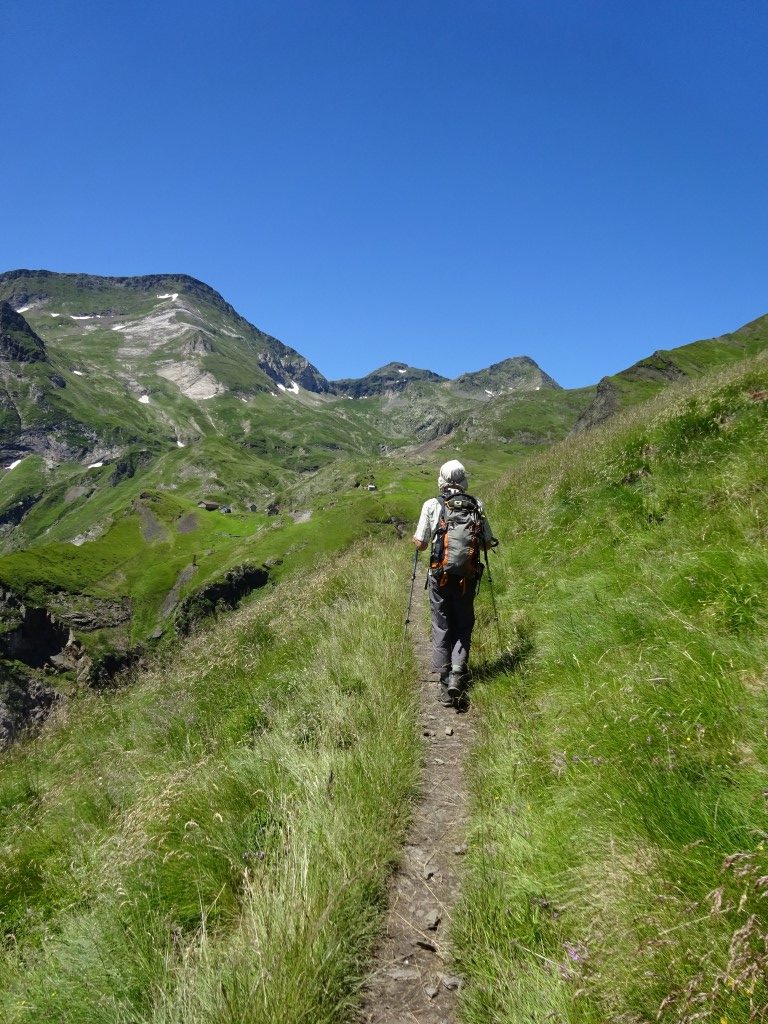 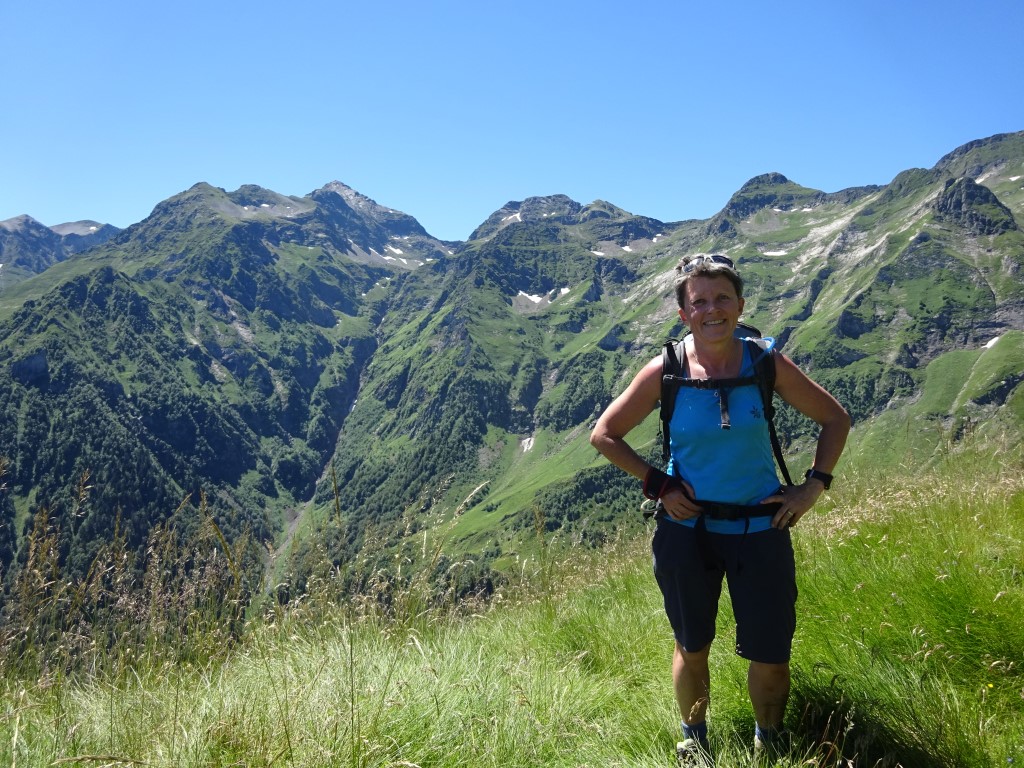 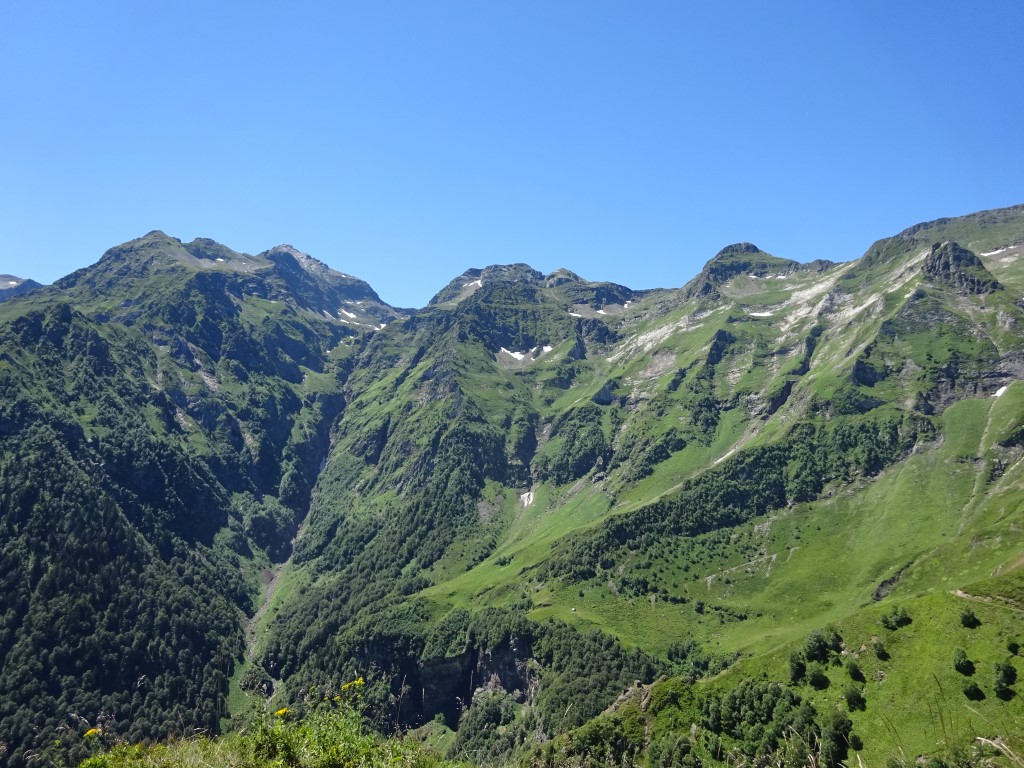 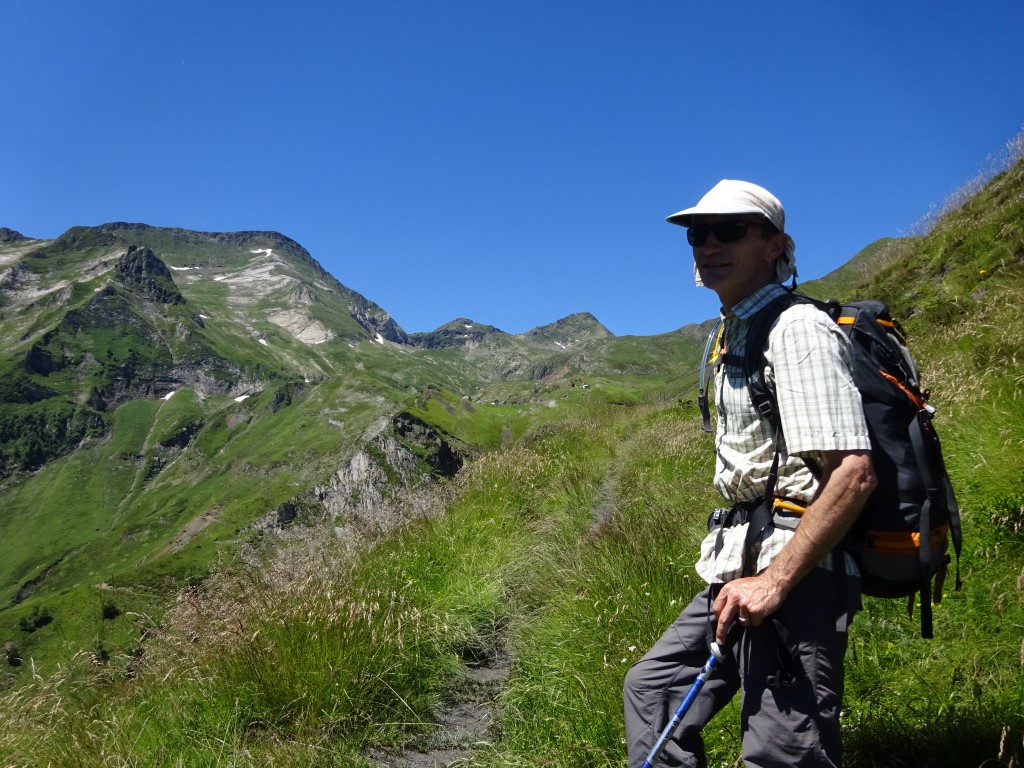