We have a stack of ballast left over from laying the concrete floor last year and we also have some sacks of cement which need using before they go rock hard over the winter. So most of the morning was put over to cleaning off the walls of the last little building at one end of the main barn. After the normal internet session for Ski Breezy stuff we gathered a bunch of tools and set about finding something solid enough to build on under the plants, earth, ants nests and tottering rocks. 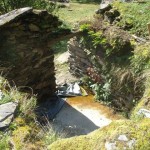 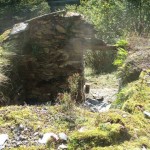 Before lunch we got to the stage where a wall was ready for building on and all the loose rocks at the front had been taken off. Rather than starting with concrete and building we opted to get some other jobs done out of the heat of the midday sun. 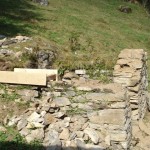 Having said out of the sun, I went up on the roof to have another crack at making the zinc ridge piece weatherproof.

The post arrived in the guise of Anouk from the Auberge in Salau. She had not many guests and decided to walk up. We sat on the decking with cordials and chatted for a while before it was time for lunch.

In the afternoon we put some finishing touches to the stair well in terms of a surround. 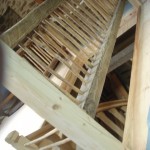 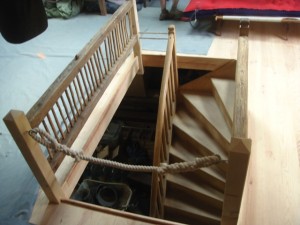 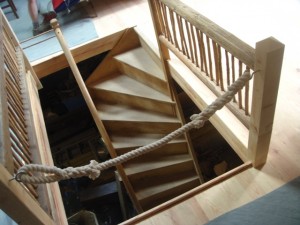