We had a short time to plant up the garden and get stuff sorted at the barn before heading away on holiday.

First thing we noticed was the porch door had blown open in the wind. This would not really matter too much if intruders wanted to steal anything as the outside door is still secure in terms of someone carrying anything away. However it will enable other intruders to enter, namely mice!

Some effort was made to rid the barn of our unwanted guests. Traps were set and poison laid but these things take time. We did awaken one night to distinct mouse sounds in the bedroom. I was sent under the stairs to investigate. I managed to trap the offender in a cardboard box against the wall in the same way you might trap a wasp in a tumbler against a window. With a little flick I got the box upright with the mouse inside and proceeded to rattle the mouse around inside to prevent him / her getting any purchase in order to escape while Breezy let me outside. The intruder was dispatched over the retaining wall at the front of the barn but a naked bloke carrying a box.

Other visitors include a family of birds who are living in the bird box above the back terrace which is fantastic. Clive also popped over when he heard we were back with some hollyhocks for the garden.

With the garden weeded and planted up with veg, and the grass all trimmed the place is looking ready for the summer. 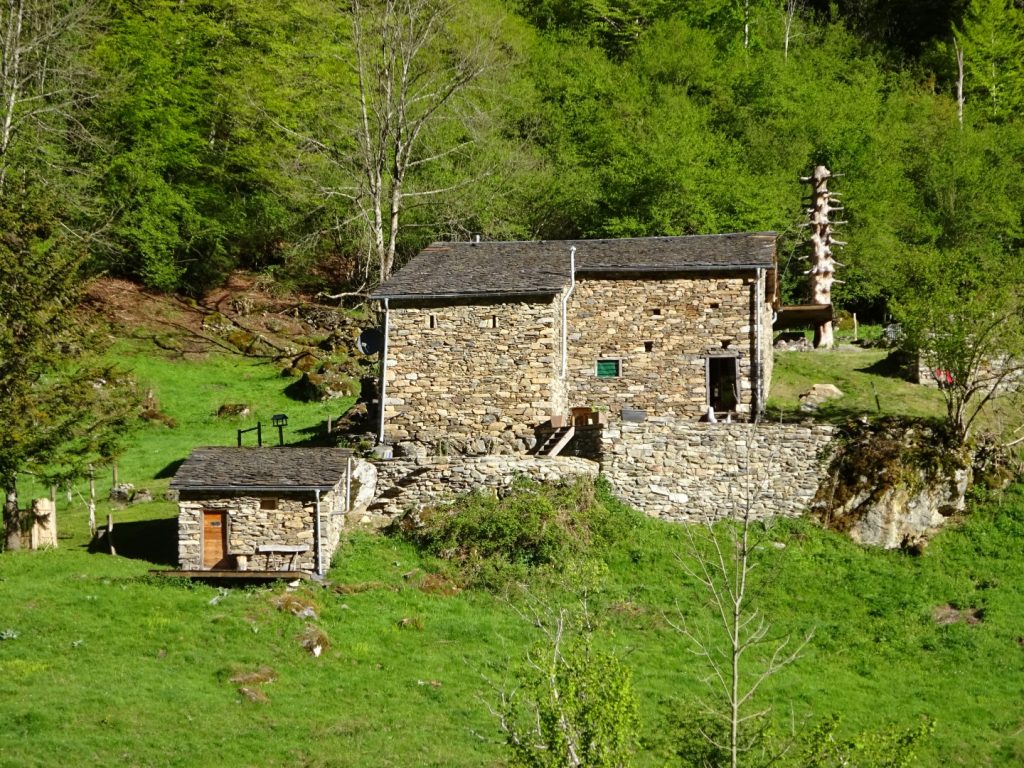 Just before heading down the valley to catch a lift into St Girons with Rene we made some rhubarb and ginger jam for the chalet in the winter.

Next destination is Borneo with a visit to my Folks for a couple of nights en route.