Not that they carry bombs or even wave flick knives but they just get everywhere. It’s not just us. The village seems to have a plague as well. They even managed to get into the Qwikle box and chewed the bag (its a great game by the way). They have eaten holes in some curtains and just make the place feel dirty. We think that we are down to the last one or two now but we have been plugging small holes and gaps to try and keep them out. Poison sachets and mouse traps loaded with ginger nut biscuit seems to be doing the trick.

We had some pointing to do around the ceilings we put up in the hall way (not just because of the mice but it did need doing) so at the same time we made some back boards as splash backs for the sink in the pantry and the kitchen sink and pointed them into the walls at the same time. They are both tiled and framed and make the place look a little more finished. We have enough tiles left over to put another board behind the cooker worktop too.

The garden is getting more productive and we have had the first courgettes. Lettuce and French beans are coming on well though it seems not a great year for the fruit bushes. We have used some of the rhubarb to make jam for the winter and some is now masserating to make Rhubarb and Berry Gin.

The planters on the front terrace have now got flowers in and we are in the process of cladding the larger one with wood.

Thanks to Nick for the idea and also Paul for his assistance we have now got running water in the tap in the kitchen. Nick gave us his research into pumps and have acquired an appropriate Gardena model, Paul helped set it up. Initially we didn’t have enough power to run it with the inverter off the batteries but last year we installed a larger inverter and the pump sits in the back of the workshop and quite happily supplies water from the rain water capture butts behind the outbuilding. Next is to get a wash basin in the bathroom (oh, and an indoor shower).

Once again we have a bracken problem but each year it is getting weaker. This year it only took both of us an hour to cut it all back. Another couple of cuts this summer and next year it should be weaker still. Breezy managed to disturb a deer fawn in the undergrowth which leapt up giving them both a fright. Fortunately the fawn was not harmed as the hook came pretty close.

Breezy’s Father gave us a couple of climbing roses last year for the front wall which are very happy and have just come into flower. Thanks Iain!

Another set of curtains have gone up on the window in the hall courtesy of Scotty in Scotland. Thanks Scotty!

We have been enjoying 35 degrees of heat recently which has made strimming a little sweaty and meant watering the veg daily, but a downpour last night filled all the water butts.

Now on a mission to find new recipes for the winter though avoiding rice and noodles after eating them 3 times a day for 5 weeks in Borneo. 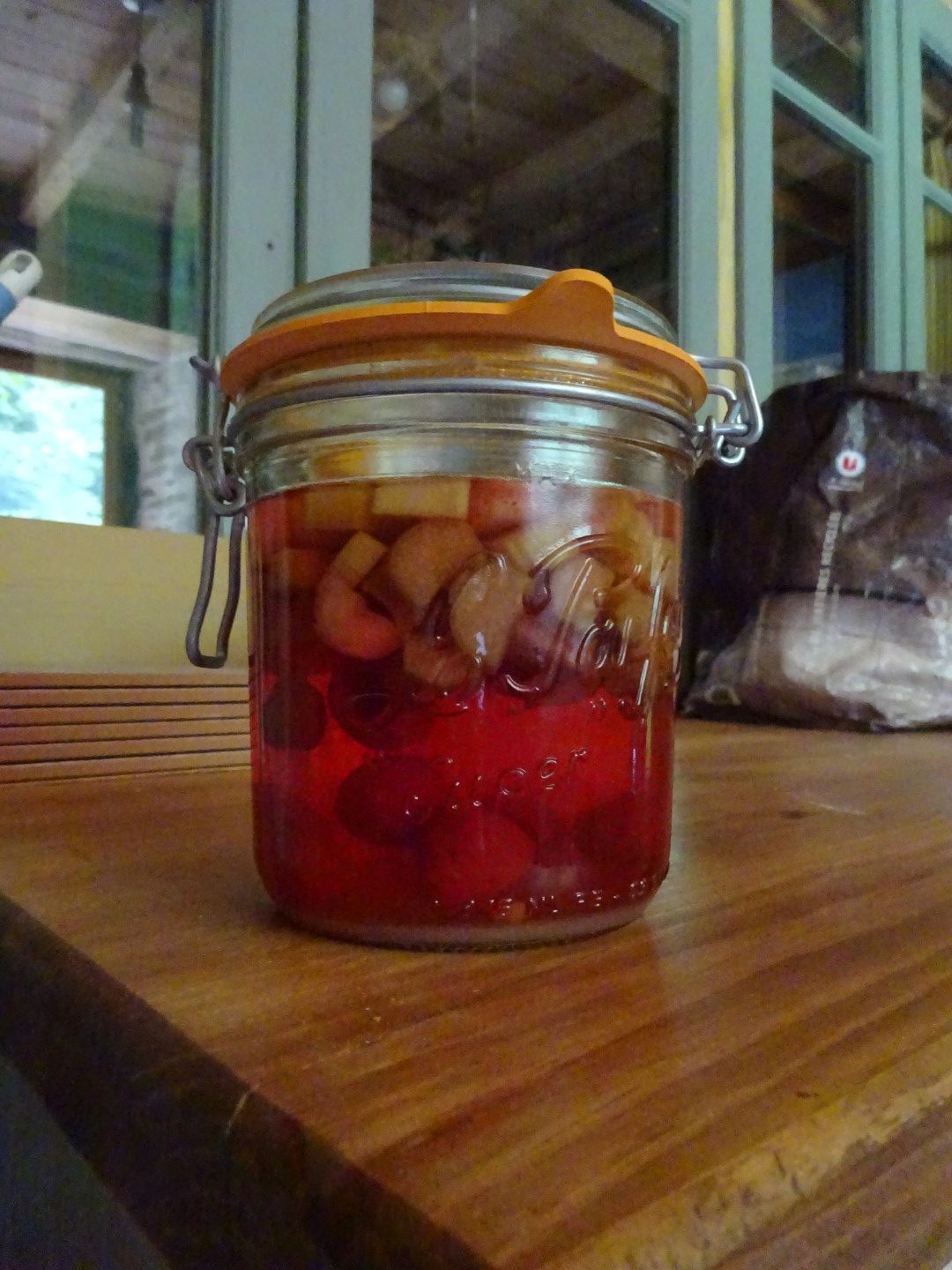 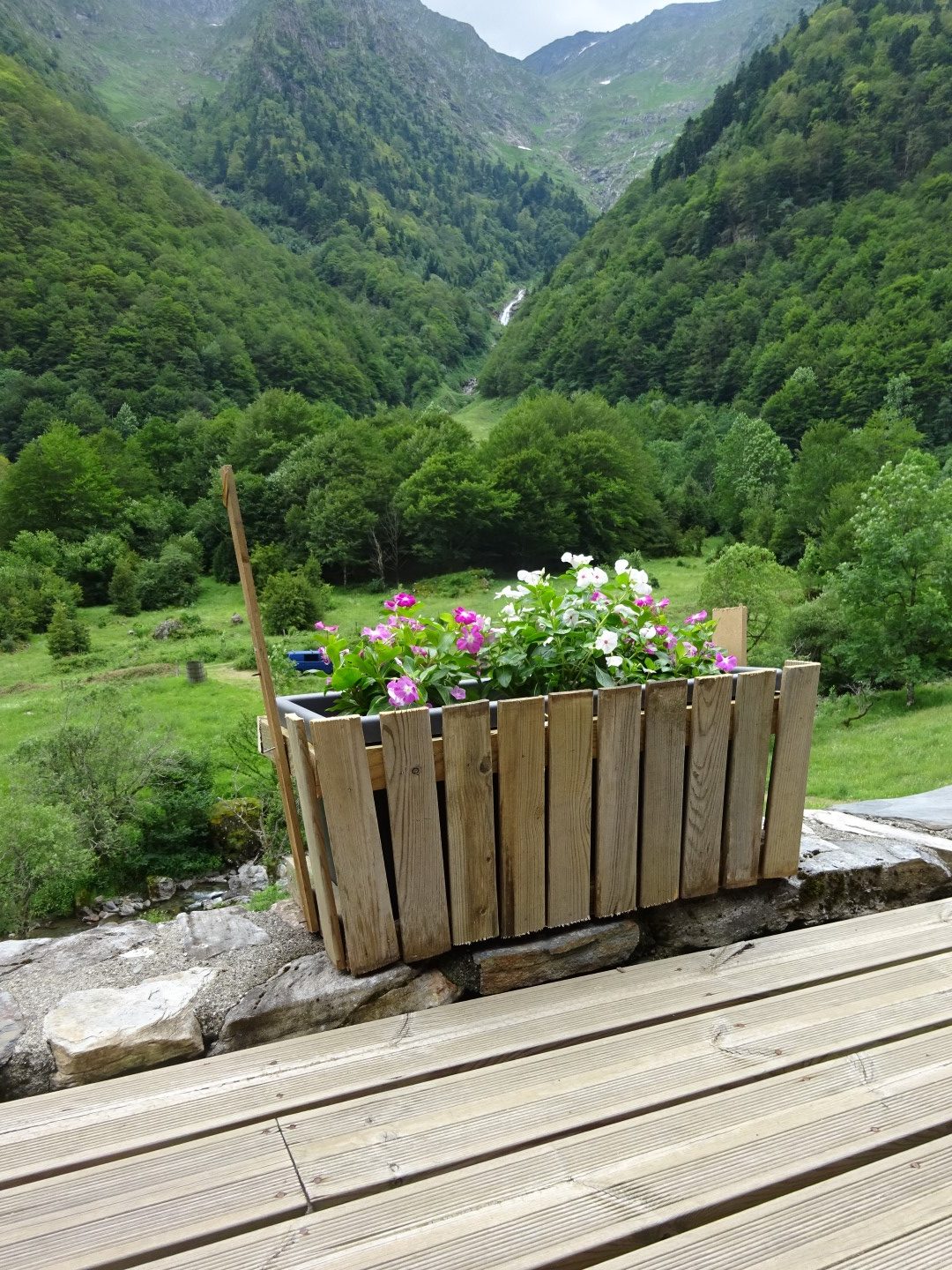 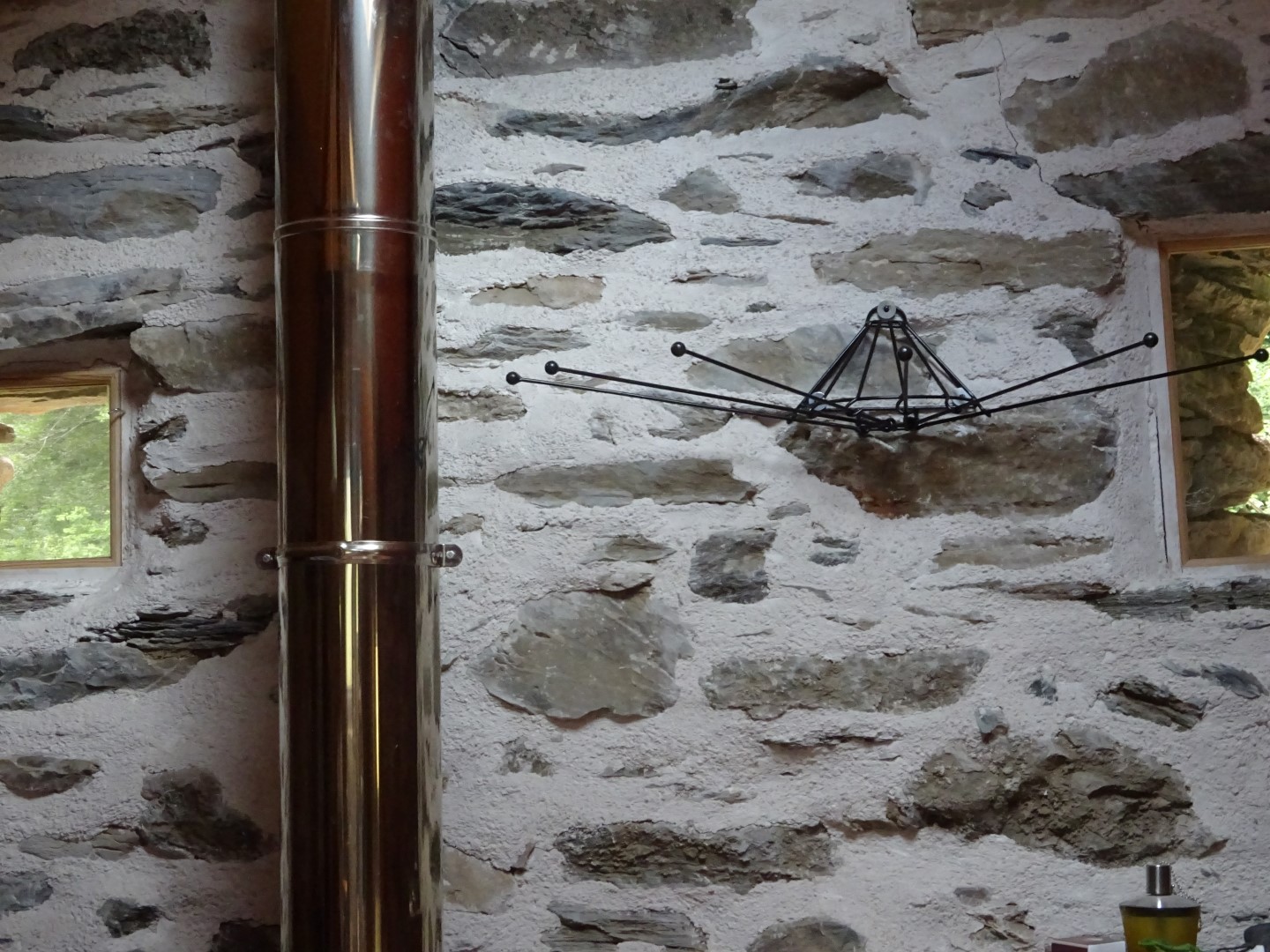 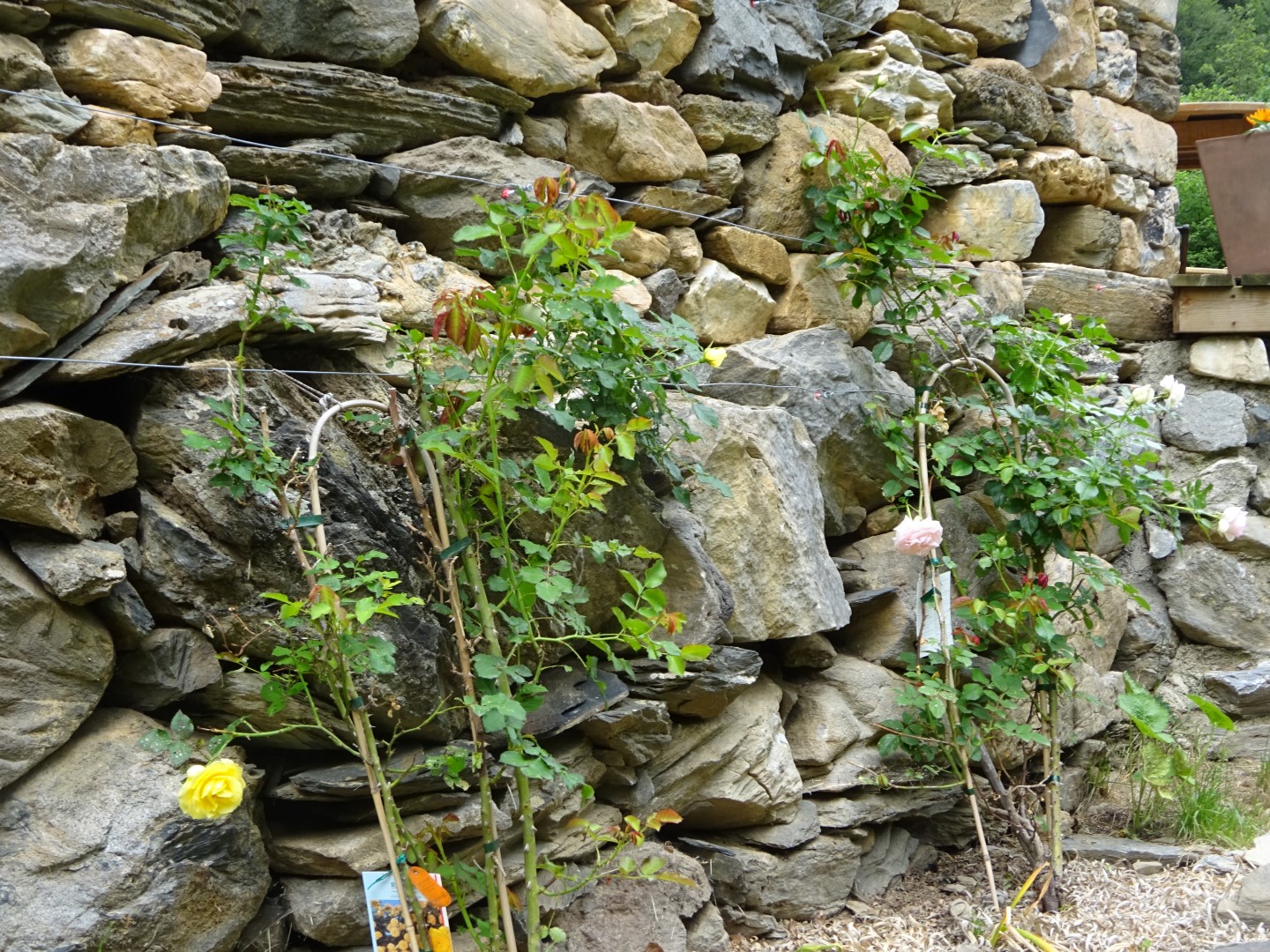 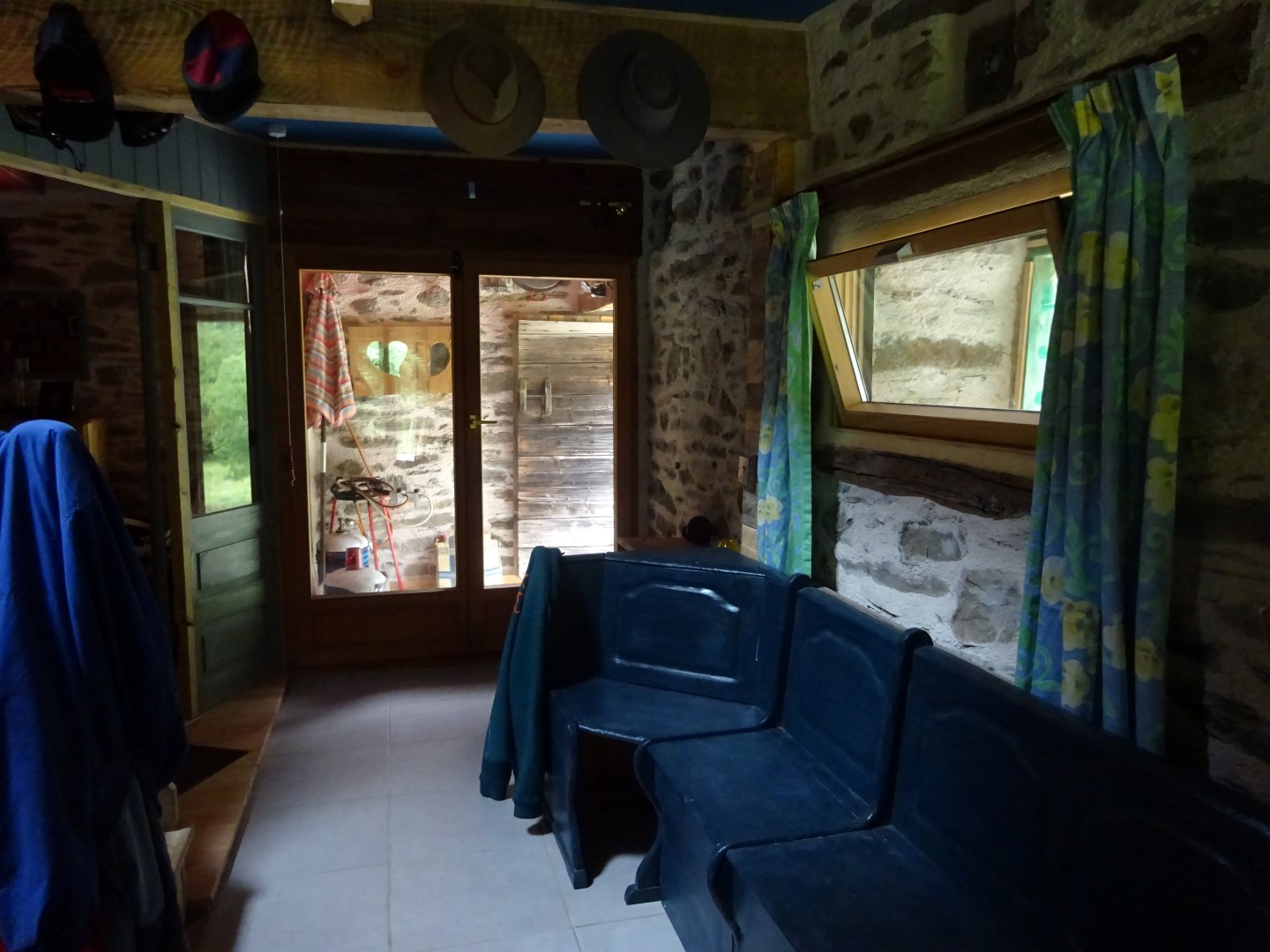 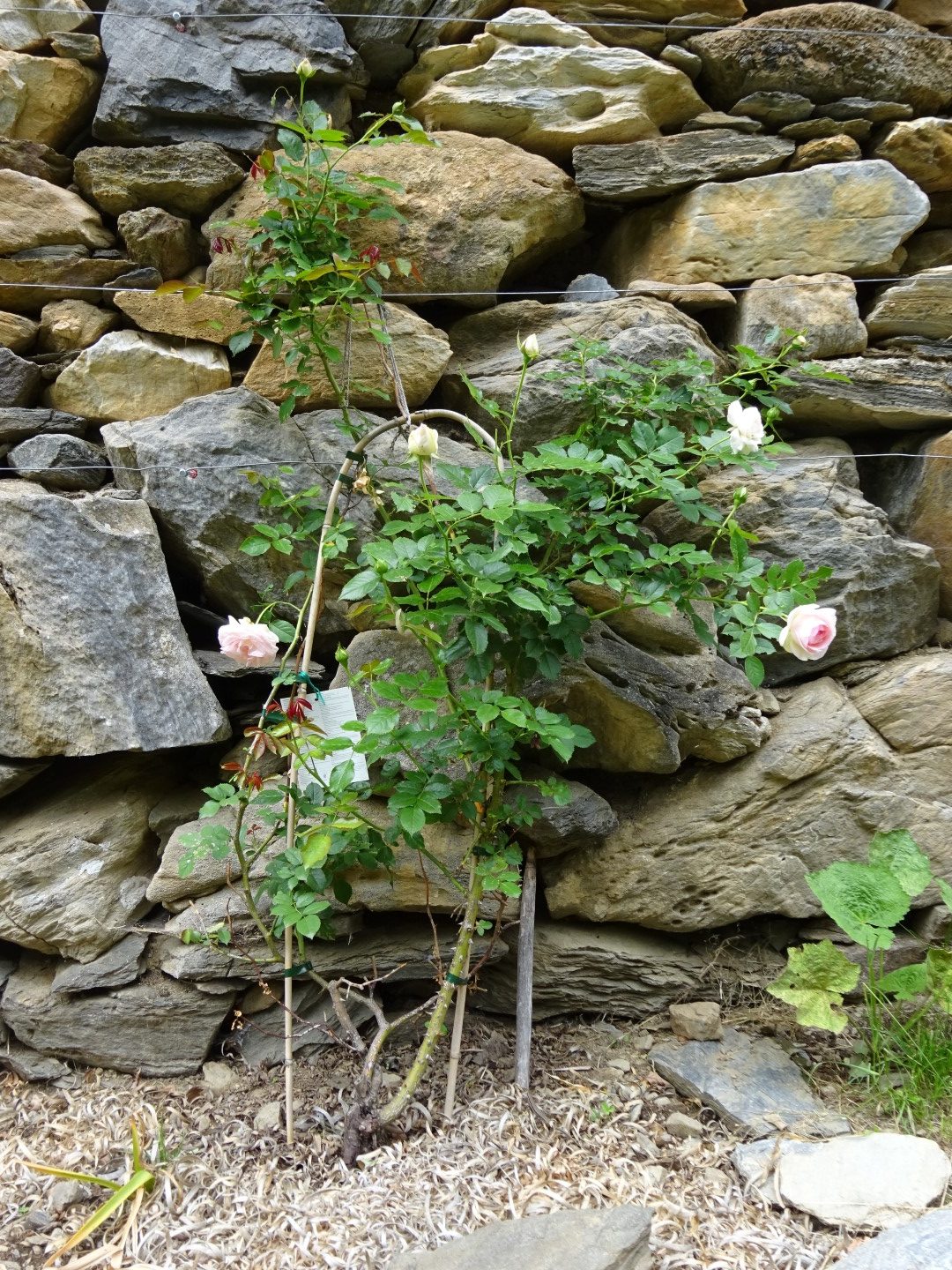 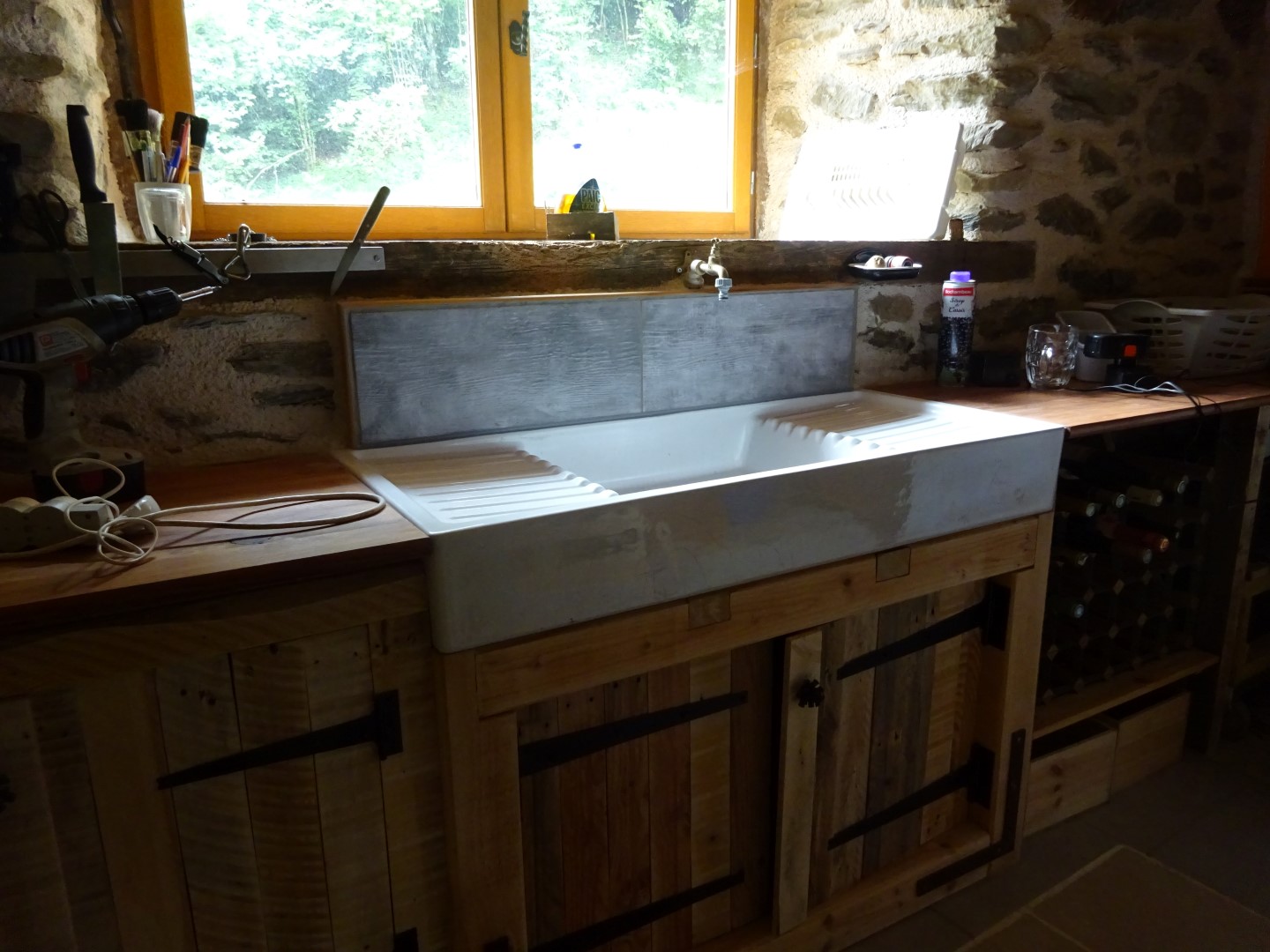 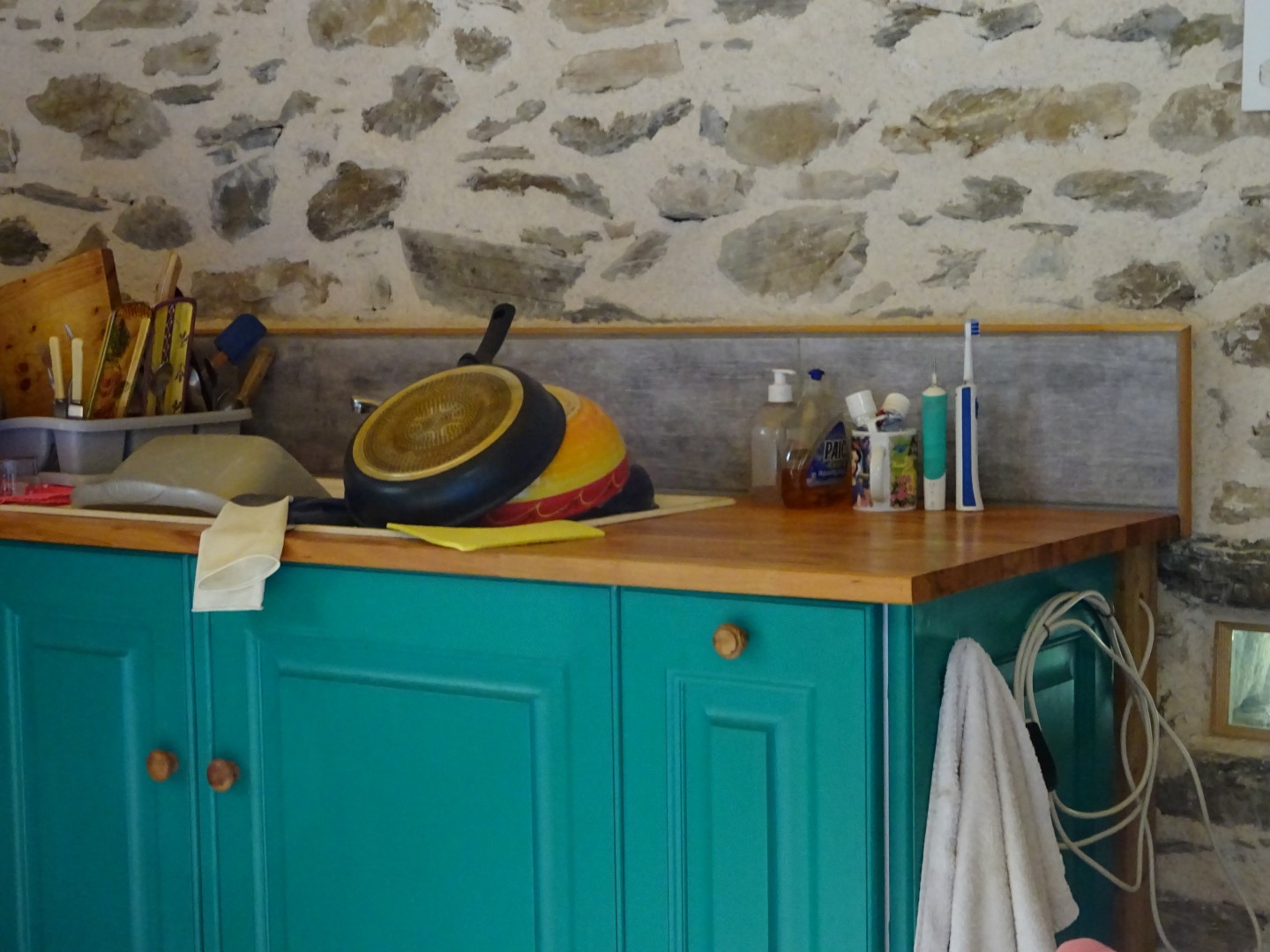