So the last week has been lots of lovely social things going on but we did manage to get some tiling done at the beginning of the week. We had got some tiles for the hall way a few years back when traveling in Spain so it is good to start getting them on the floor and not cluttering up the porch. We cleared the area and cleaned the floor firstly and then after lunch had time to lay the first section of tiles from the red porch to the stairs. Doing it in sections means we still have access to the rest of the barn and the fridge! I was in charge of laying the glue and leveling the tiles, Al was in charge of cutting the tiles to fit the wall side. It all went down very quickly and looks good. 24 hours to let them set and then we grouted them after that. 2 more stages like that and the front hallway will be done but not on the list to do now as having friends over and not being able to walk on the floor is far from ideal!

We started the week with catching up with Lee and Suzie who are over for a month from the UK staying at their fab house about 50 mins away. Had not seen them for ages so plenty to catch up on. The sun shone and it was piping hot so we sat out on the terrace over a long BBQ lunch and heard all their news. They are moving here full time next summer so big changes there for them.

Wednesday was then a shop day as Nicole who I worked with in Meribel was due to arrive late pm with her family. So the usual run around like mad things in St G getting the laundry, shopping done and picked up 25 fence posts to start fencing our garden area at the back from the donkeys who I think will be arriving before too long to graze the land. Lots of prep and moving rooms etc as we decided to de bunk to the outbuilding so Nicole and gang could all be together in the barn. Their journey was some what longer than planned and we were beginning to get worried when no sign of them by 815pm. Al and I had started the wine and were playing cards when they peeped the horn at just after 830pm. It was a quick pasta for the kids and to bed whilst we sat outside with a yummy Al paella by candle light catching up. Late night for us!

Forecast had been dreadful for Thursday but actually after the thunderstorm at 9am for 40 mins it cleared and it was a sunny day allowing us to take the kids mushrooming and brambling after brekky with lots of success on both. Lunch provided by Nicole and the gang on the front terrace before Al and I had a siesta. Rain cam in mid afternoon so jigsaw became quite addictive. Roast chicken for supps and some Rummikub around the fire.

Poured all day on Friday which was far from ideal as Al and Louise Cham friends plus 3 young kids drove from near Perpignan to come for the day! A long day trip for them leaving at 7am and getting home at 11pm with only mist as views but we loved seeing them all. BBQ was indoors, Sauze’s chair hammock is a total winner for the kids they love it, Monopoly for the kids, chat and rose for the adults. We did see a small stag deer and then 2 fawns shortly afterwards out on the back terrace which was great. Euan their eldest is into fishing so waterproofs on and the fishing began after lunch…no success but the kids all seemed to enjoy it.
We got the kids fed and to bed and we just sat around the fire chatting and having a few bits of cheeses and leftovers from lunch to keep us going along with some bubbles. Such a shame it was such dreadful weather but hey ho can’t do a thing about that.
Louise and Al had a long trip back as the tunnel was closed so they had to go up over a col instead making a long day even longer!

Saturday weather was not much better so Nicole and gang headed to St G to the market. Al and I went for a forage. I had a cricked neck so took things easy in the pm with a 2 hour kip on the sofa whilst Al prepared fence posts. When they got back, kids cycled up to the waterfall and down to the cafe and we bought the van down to get them all back up the hill again after a couple of drinks. Caught up with Alison and Peter, Rene and Anouk and saw Didier’s enormous haul of Bolettes made ours looked tiny. His entire picnic bench was covered. Made our big hauls look tiny! Marinaded lamb and veggie risotto made by Nicole for supper and then Chinese Chequers by the fire.

Sunshine for Sunday which was great to see again after all the mizzle and rain over the last 3 days. Their eldest Sydney had a school reading challenge called extreme reading so up to the top of the totem pole in a harness she went in great style and sat very happily at the top reading her school book! Not wanting to be left out Bibi their 5 year old wanted to do it too and did brilliantly too, both natural climbers we think! Mum and Dad then of course had to follow. A quick walk up to the waterfall for Nicole, Al myself and the kids whilst Nick packed up the van for their onward trip to near Toulouse before heading to the Dordogne in their new camper should be fun and really hope the weather is better for them there.

Thanks masses guys for coming such a long way to see us brilliant to catch up again after so long Nicole and to meet Nick and the kids properly. Very excited about Nick’s advice on the water pump we could get. Al is on it already and we now have a water pipe in situ in the barn ready to accept in coming water and hopefully get the pump to work, will keep you posted!

Amazing 6 of us living here for 4 nights with bad weather but with being careful we have not eaten into any reserves on our solar battery storage. They were stars with turning lights off and not wasting water. Much appreciated at this end!

A relaxing rest of the day for us, some mushroom hunting, some bramble jam making, 8 fence posts in place, read my book in the last of the sun on the helipad, hot showers and wild mushrooms on toast for supper and in ned by 830pm. It has been a full on week. 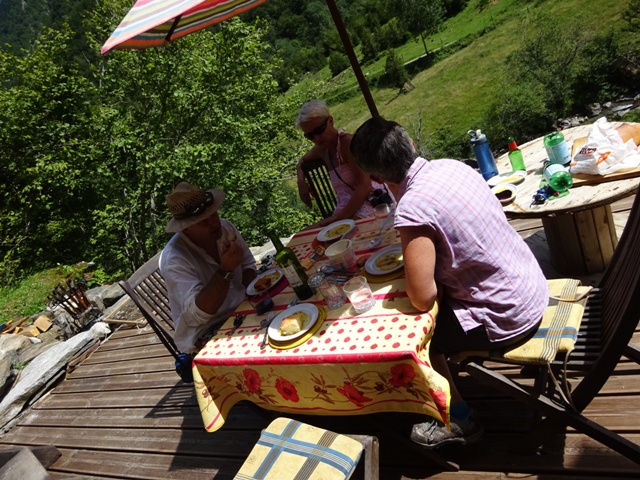 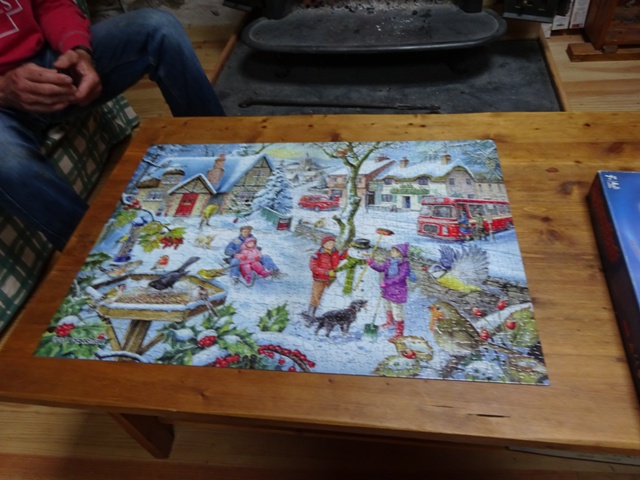 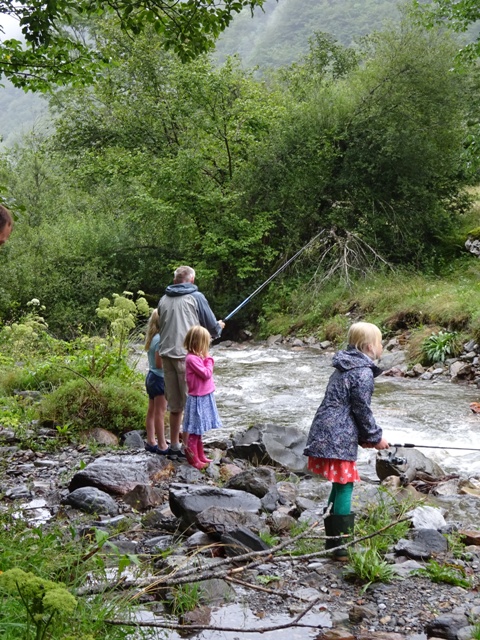 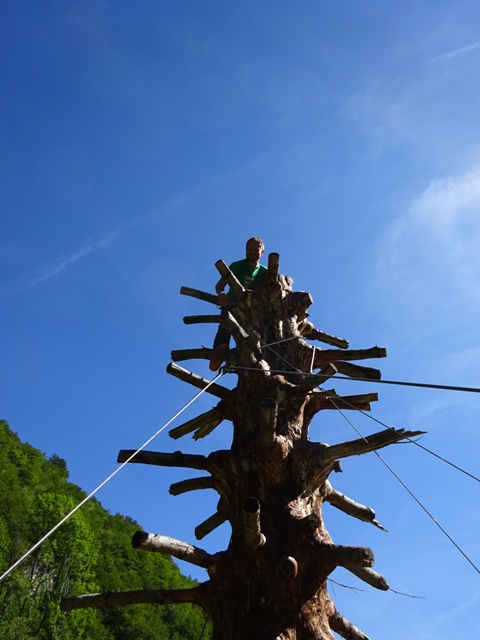 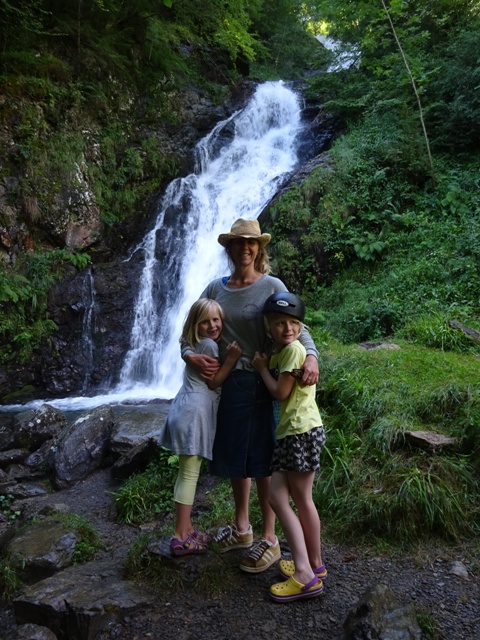 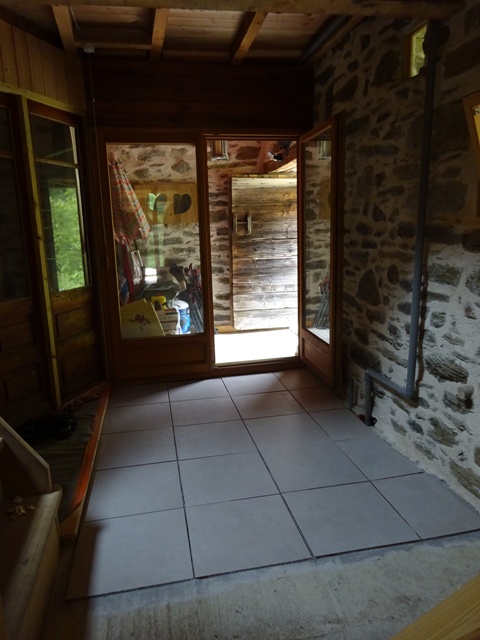 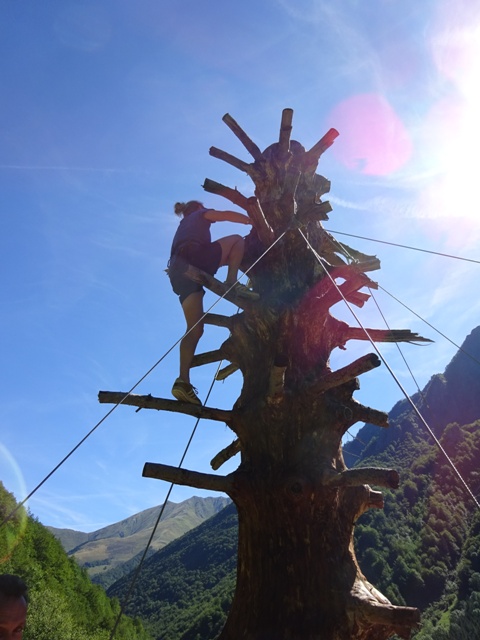 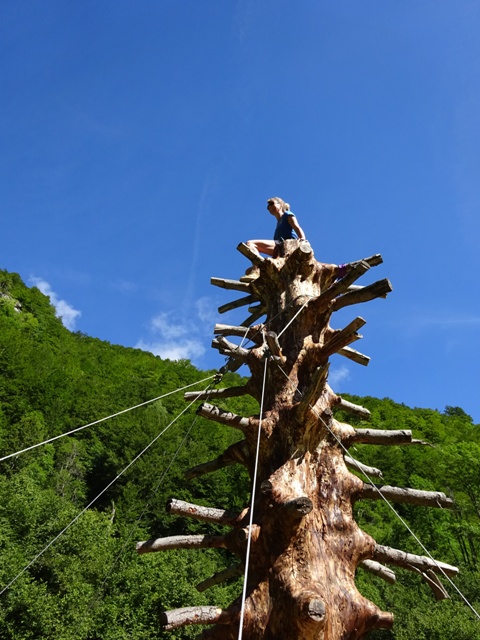 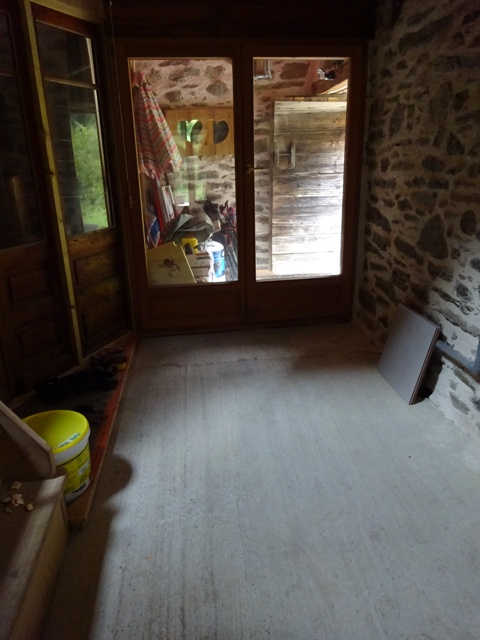 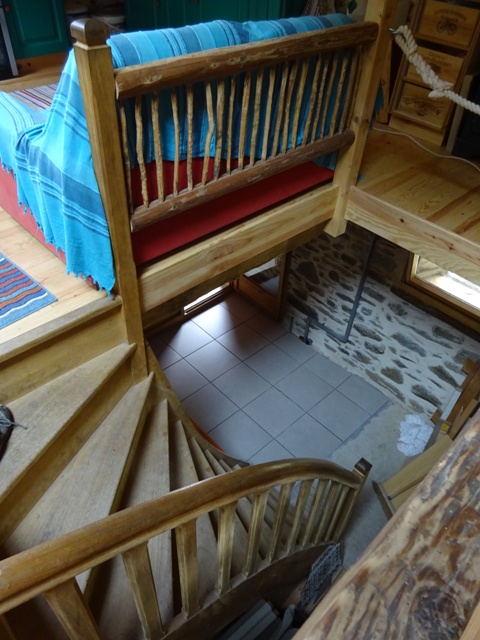 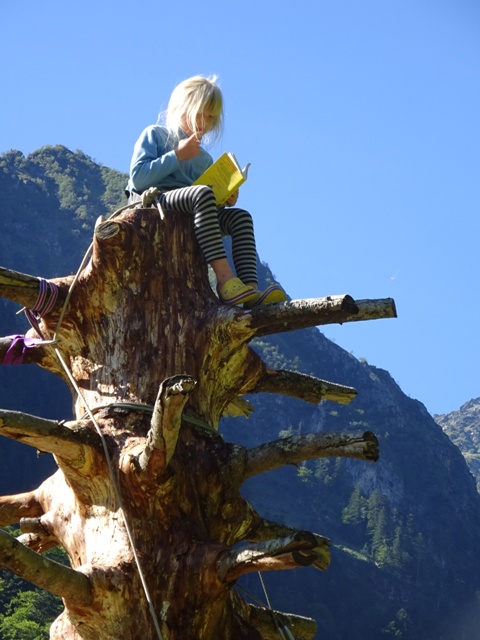