For a much needed change of scene we headed to Auzat (to the East) where we parked at Cascade de l’Artigue after a coffee in town. Donned the hiking boots and large packs with food and camping kit and set off up the hill towards Refuge Pinet. The ascent was via Etang Sourd where we ate lunch by the shepherd’s cabane. At the refuge we met up with the guardian who suggested that we use the winter room rather than camp. She had a couple of helpers and all three were scuttling about getting the place ready to open the next day. As we ate our supper storm clouds were brewing so we opted for the winter room which we shared with a Mario from Briancon.

Our intention was to climb Pica d’Estats then Montcalm and take a different descent but the advice from the guardian was not to risk it with the snow conditions. There were some snow covered slabs and ropes and harnesses were required. She did say that we could leave our camping stuff at the refuge the next day and pick it up on the way down.

Leaving the hut at 8am, 80% of the ascent was on snow with great weather and amazing views. We shared Pica d’Estats with Mario spotting different peaks in the distance, then headed across to Montcalm which was less impressive. A quicker descent and reached the refuge just as a storm hit with thunder, lightning and torrential rain. Nice walk down after the storm and lunch back to the van.
Camped in Vic Dessous for a couple of night to get in a Via Ferrata at Goulier and some rock climbing. Even managed a meal out together (felt like a date). 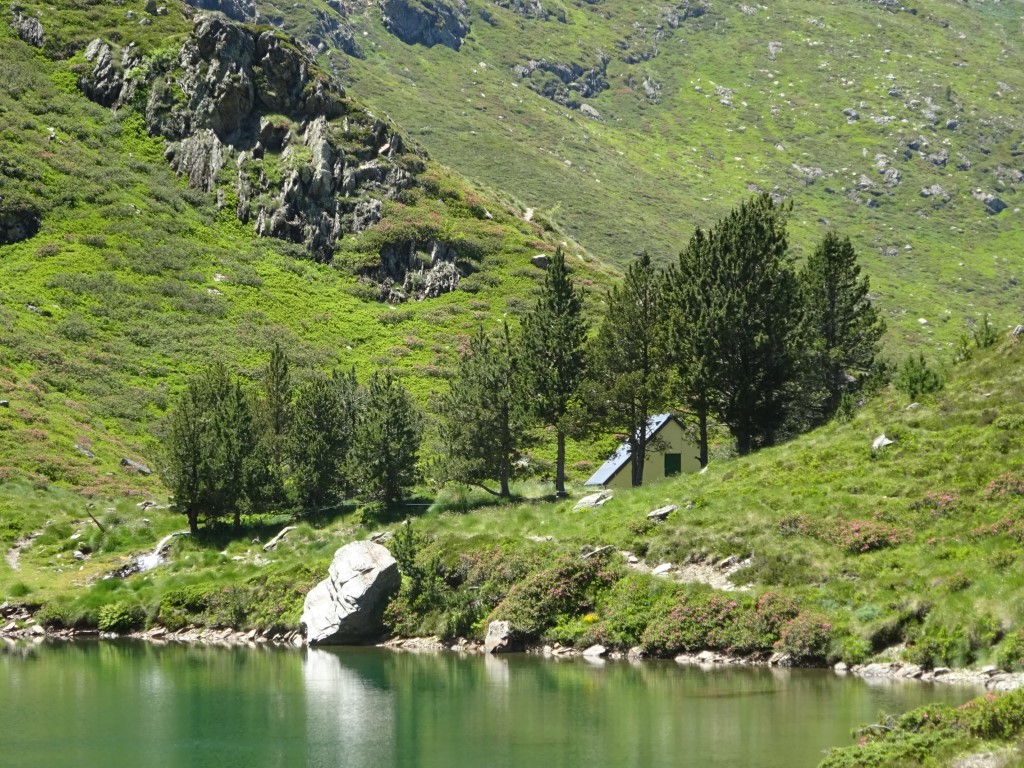 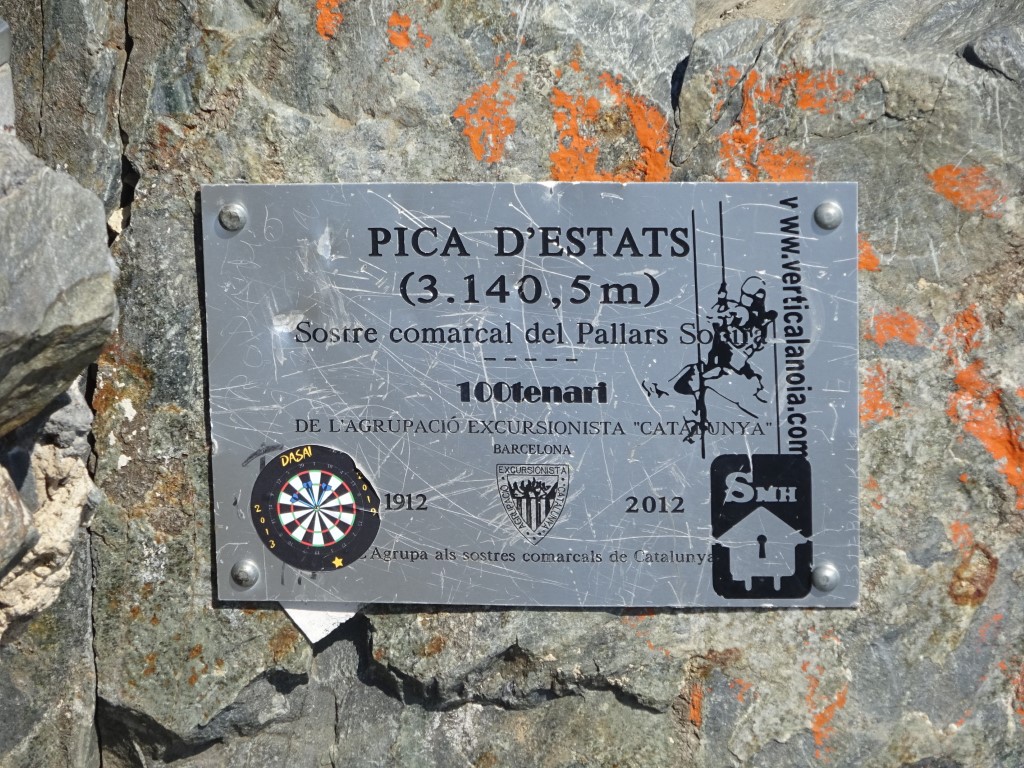 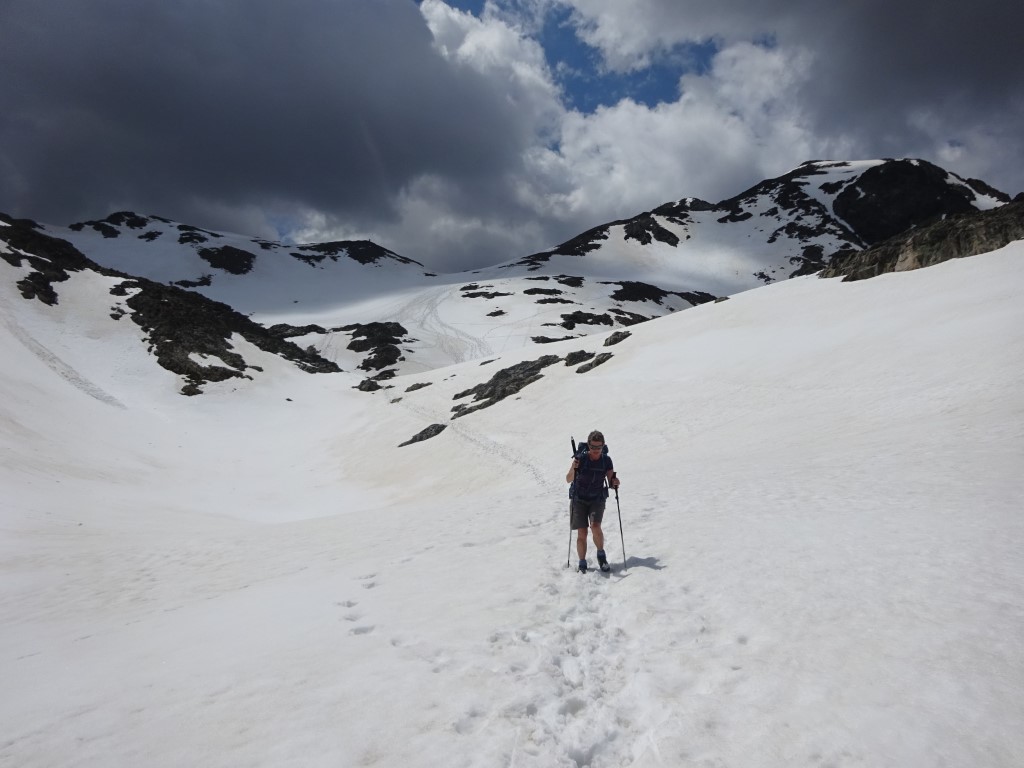 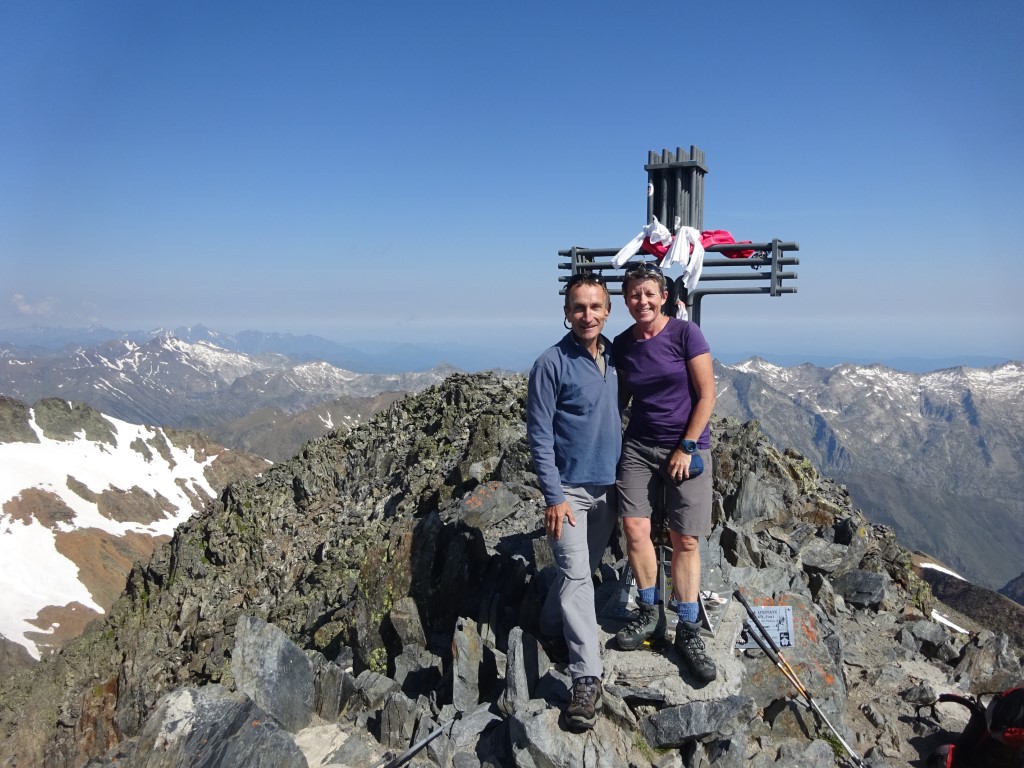 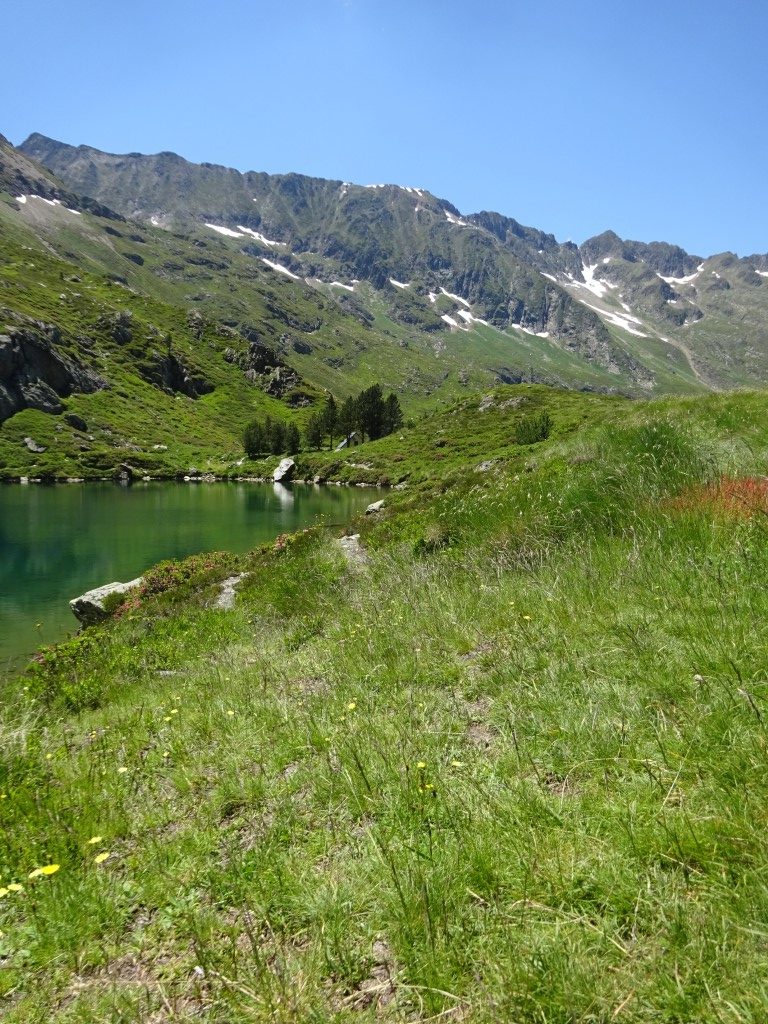 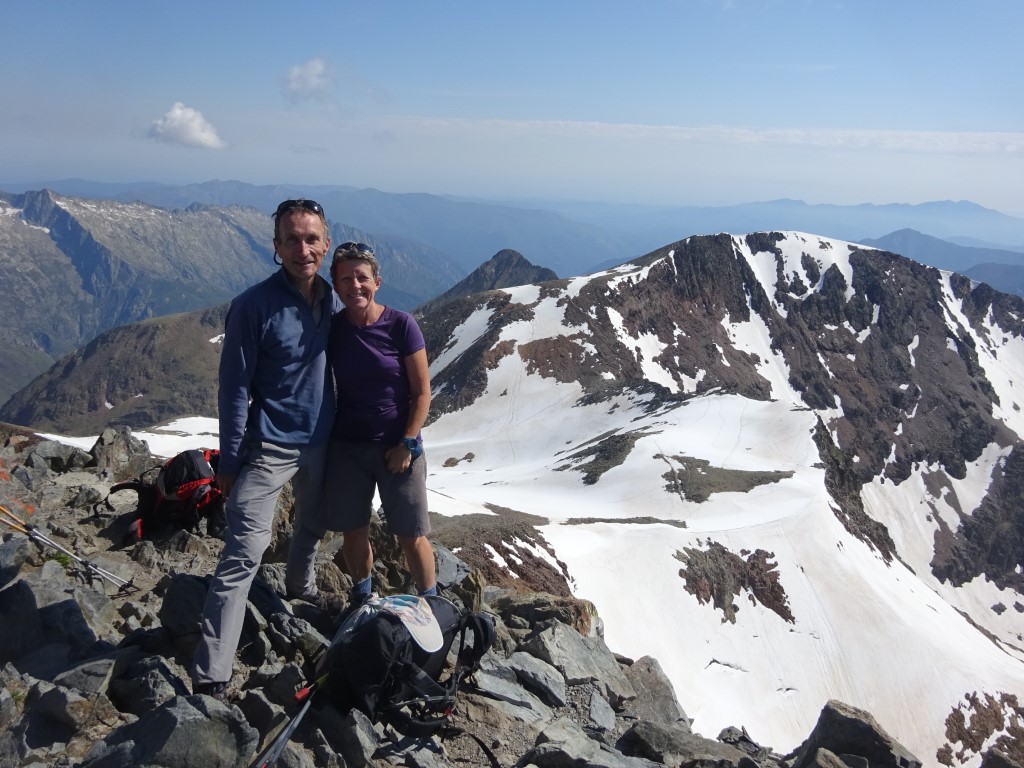 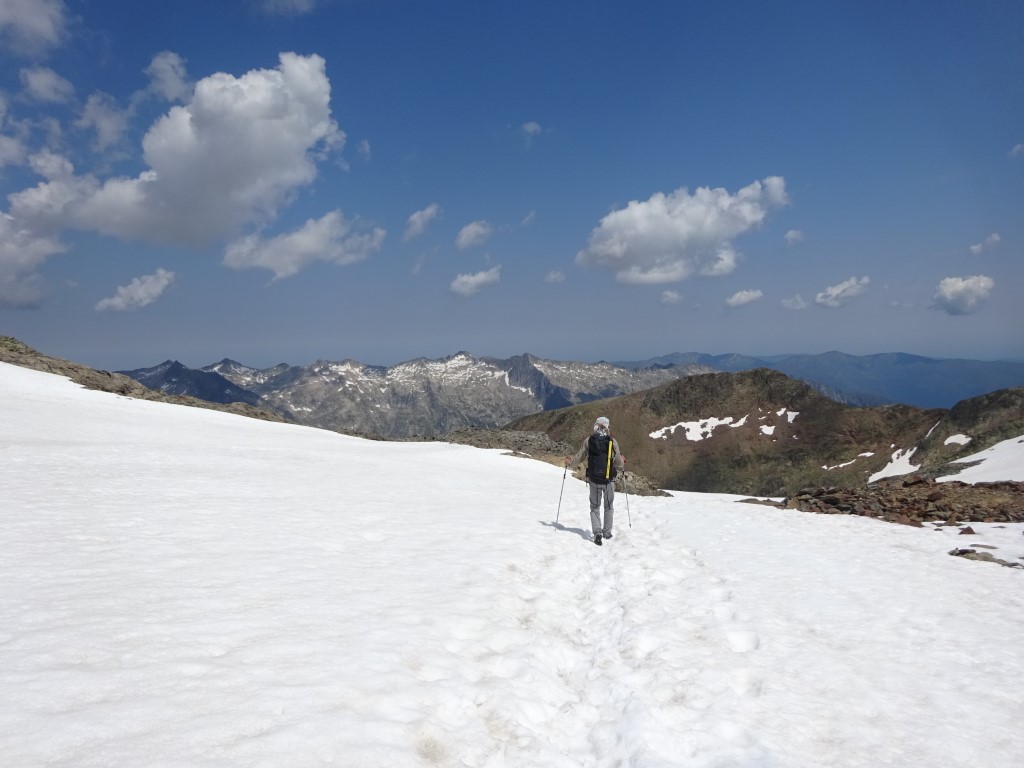 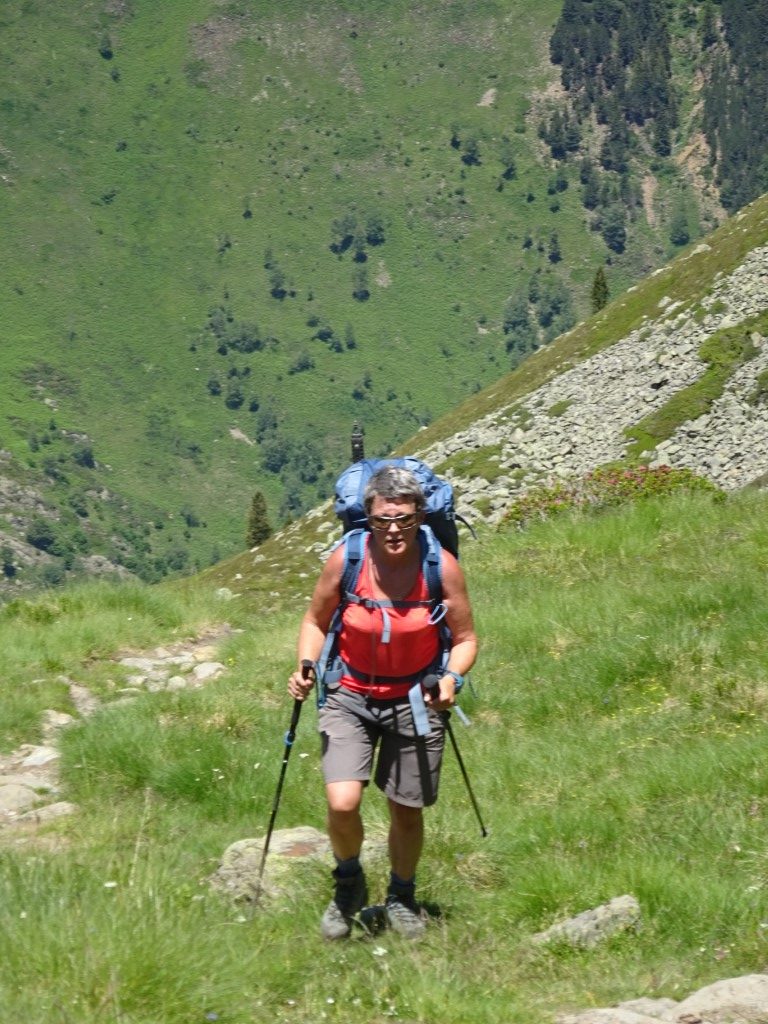 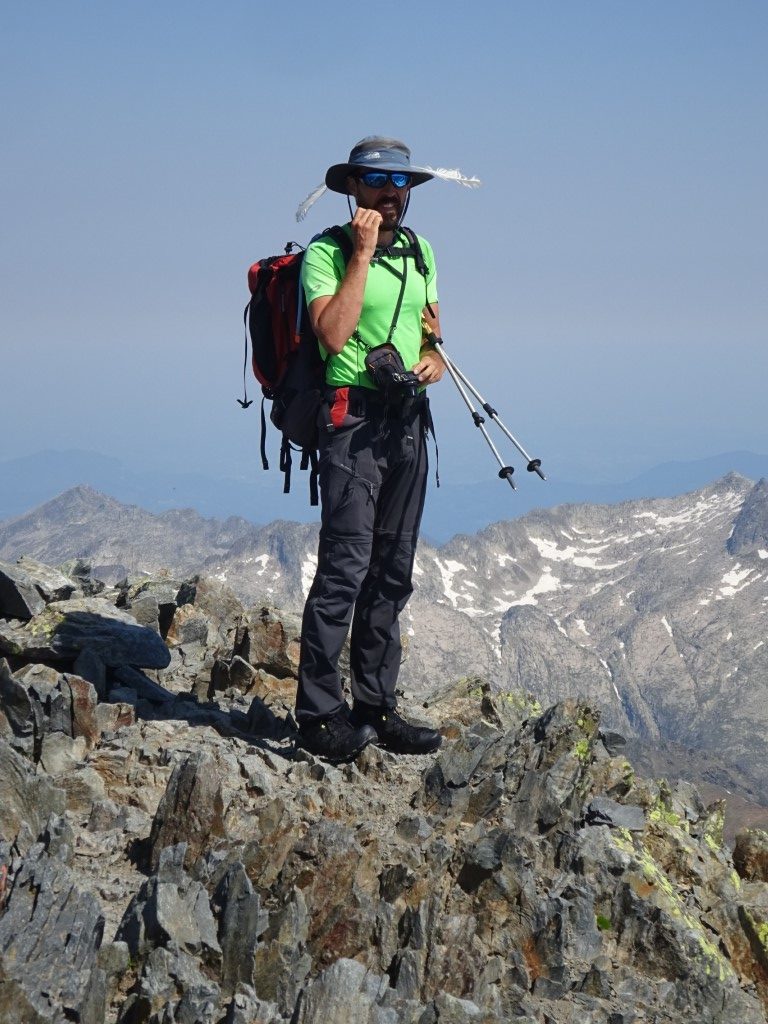 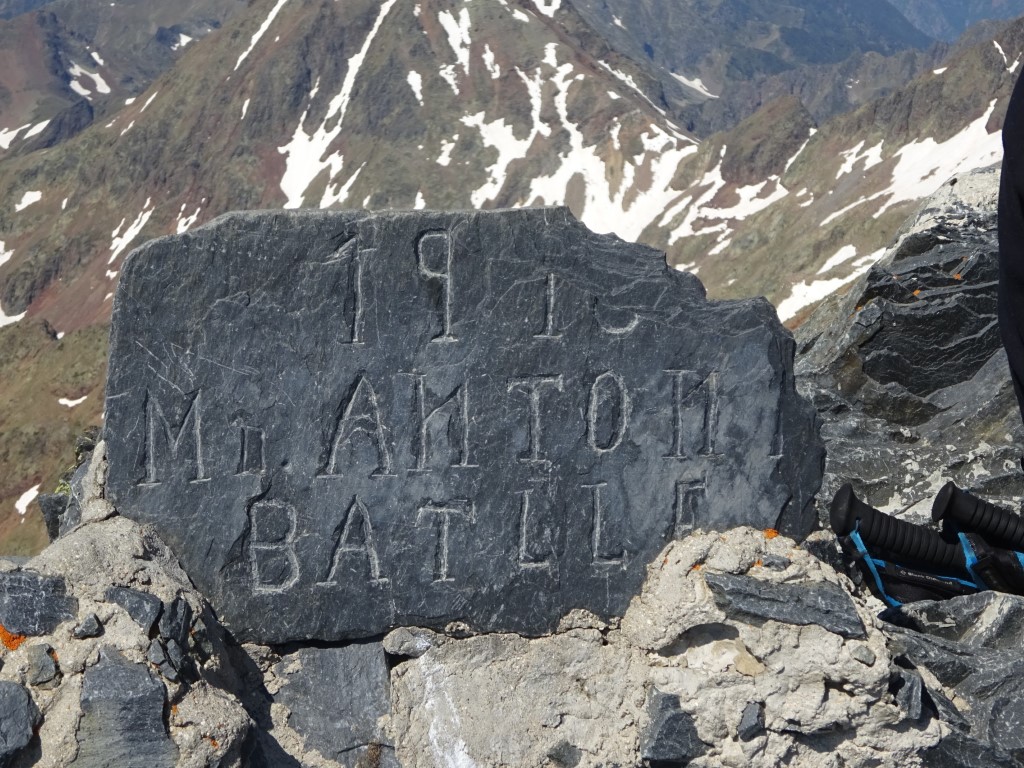 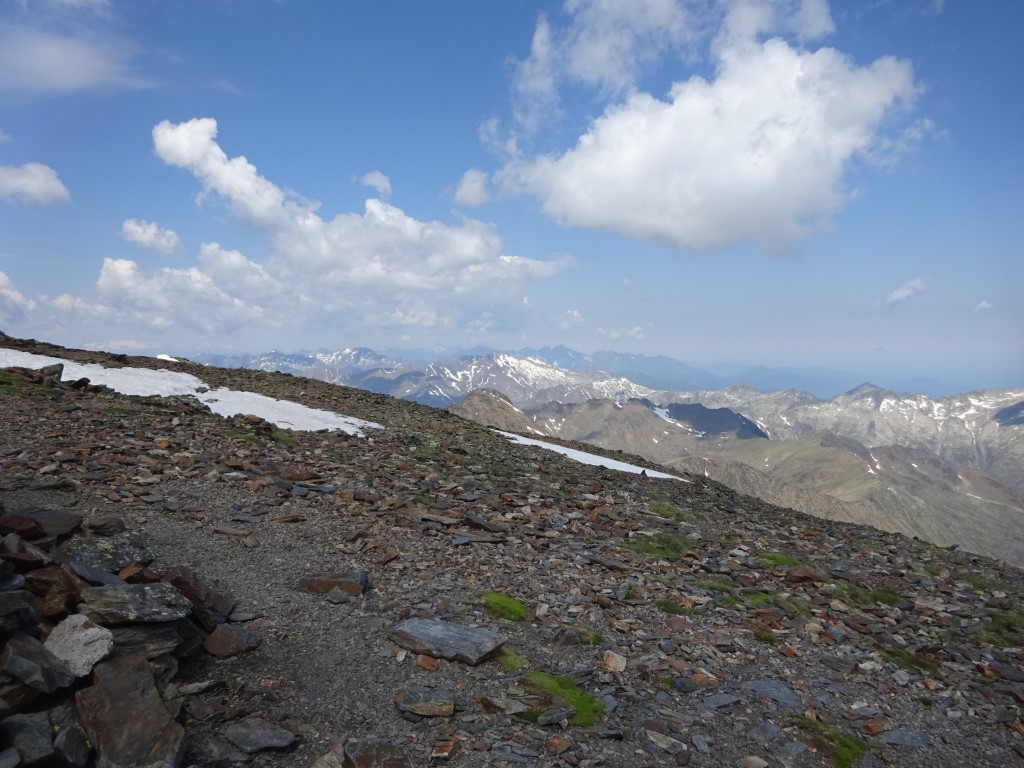 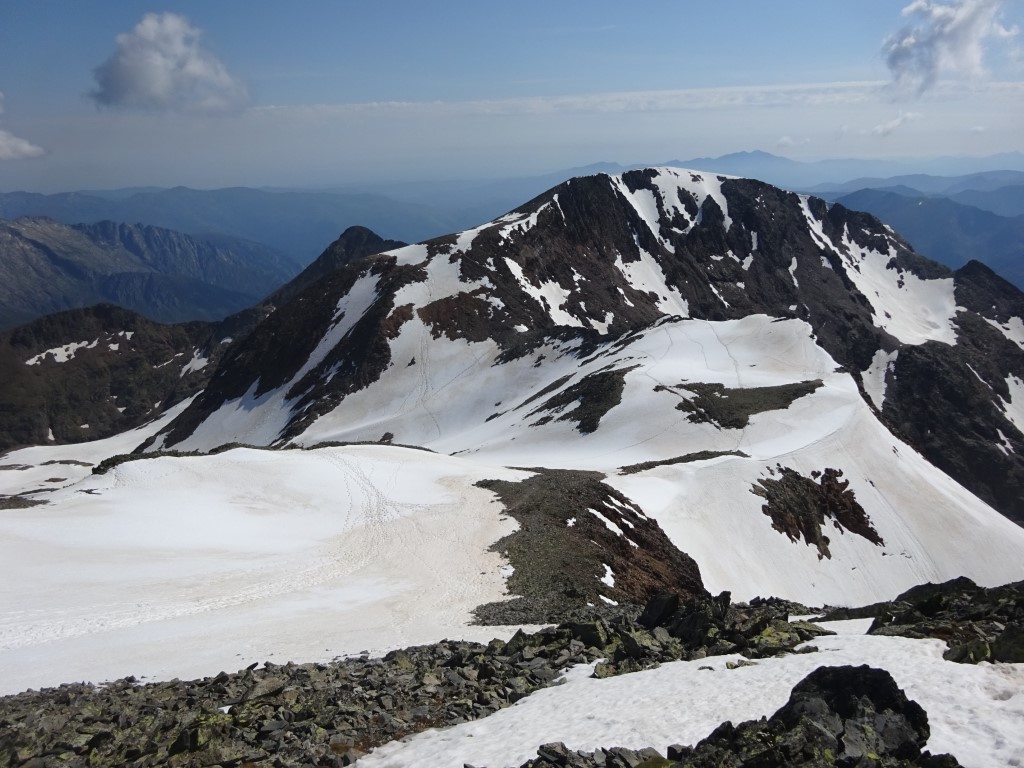 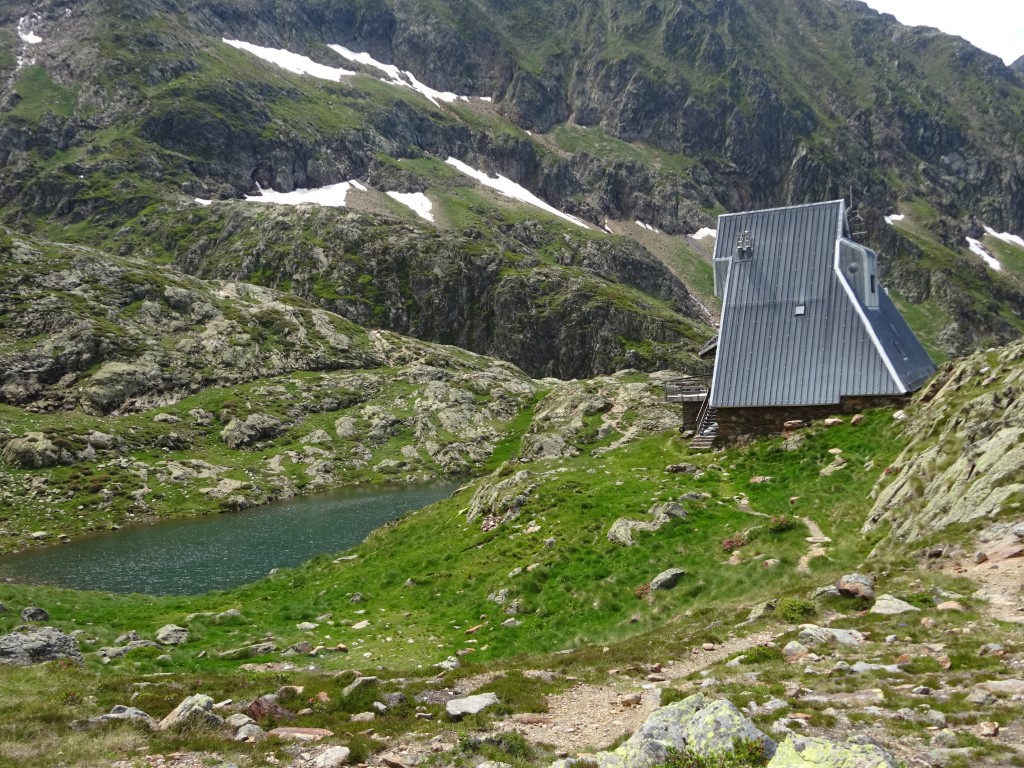 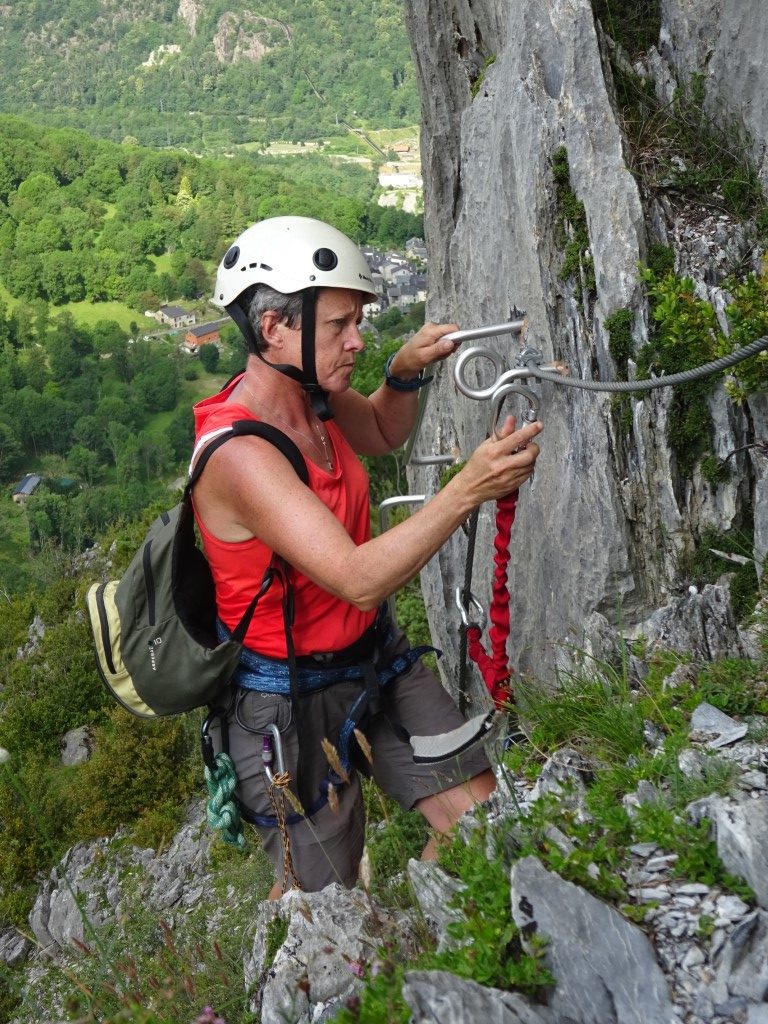 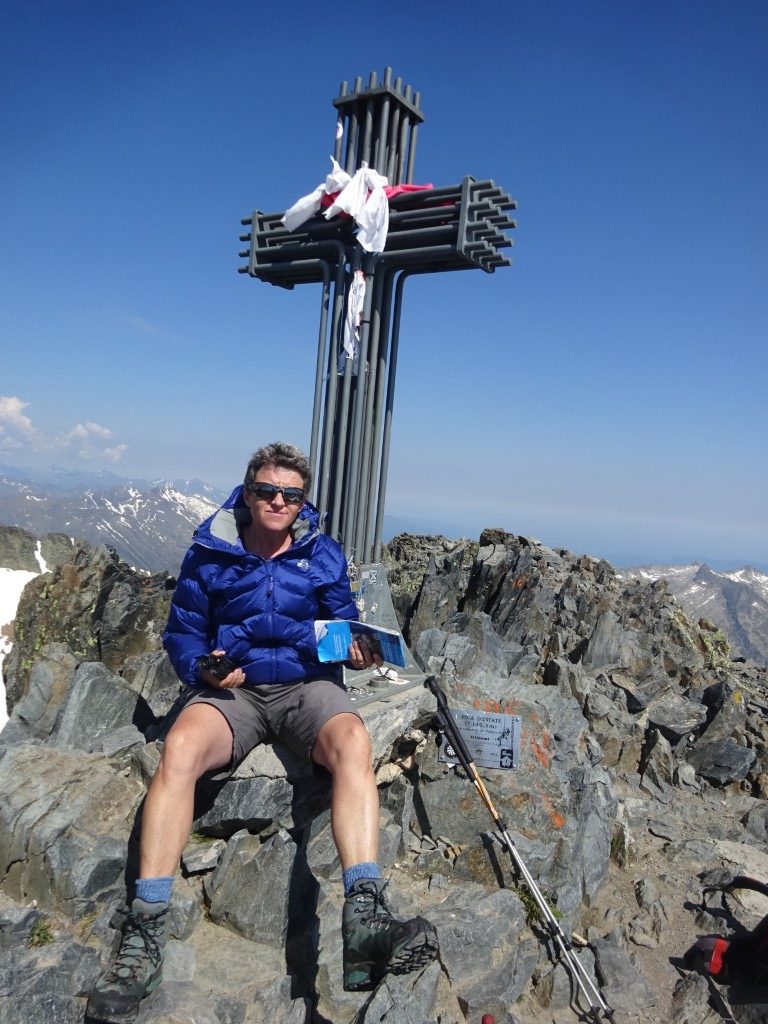 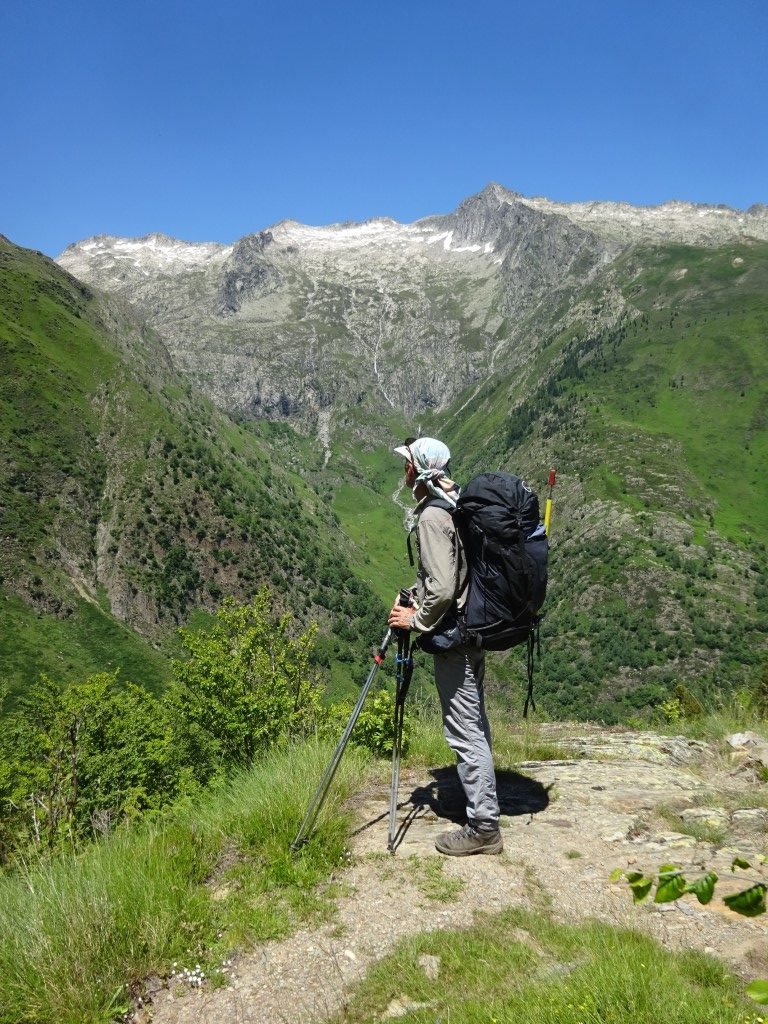 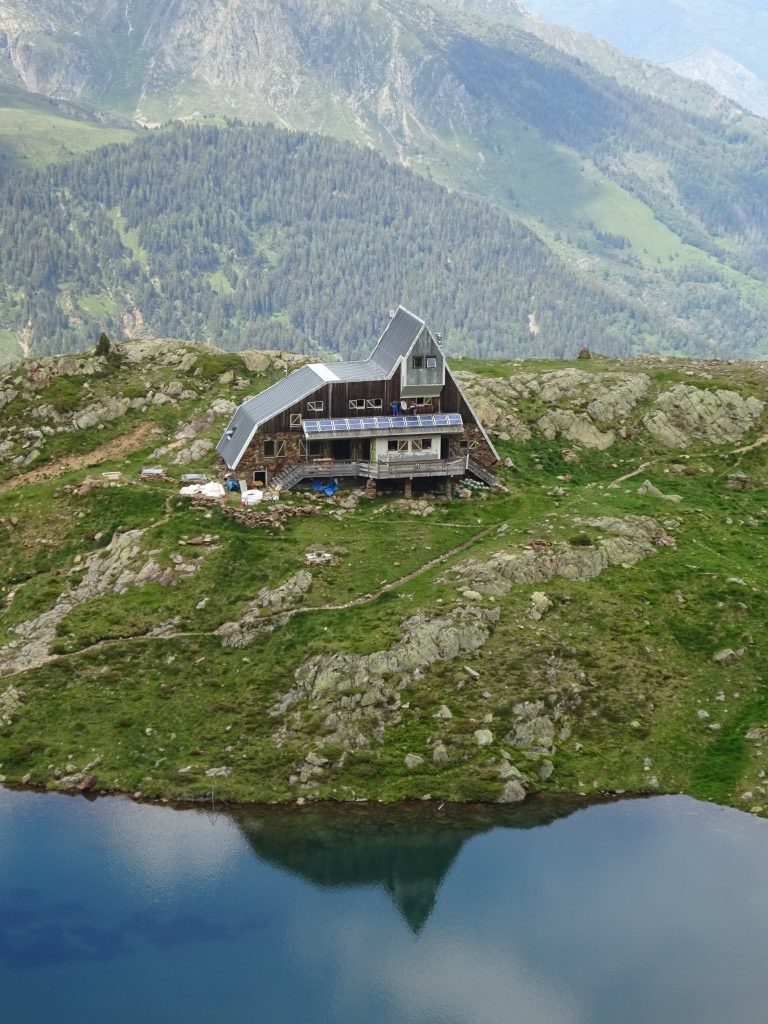 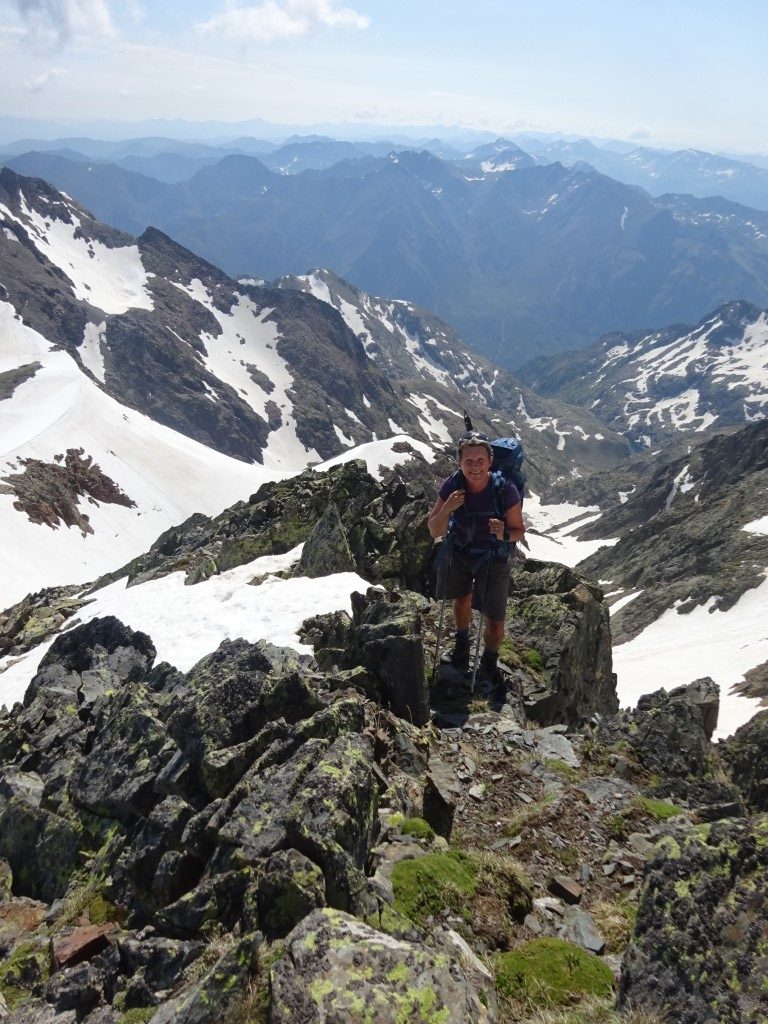 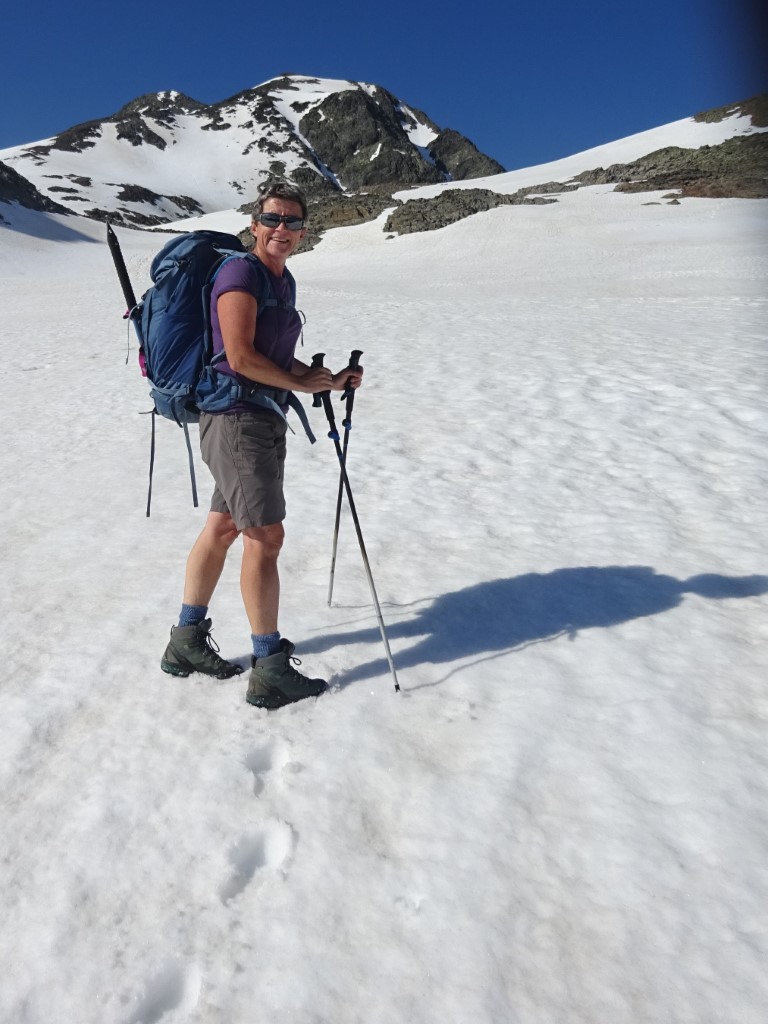 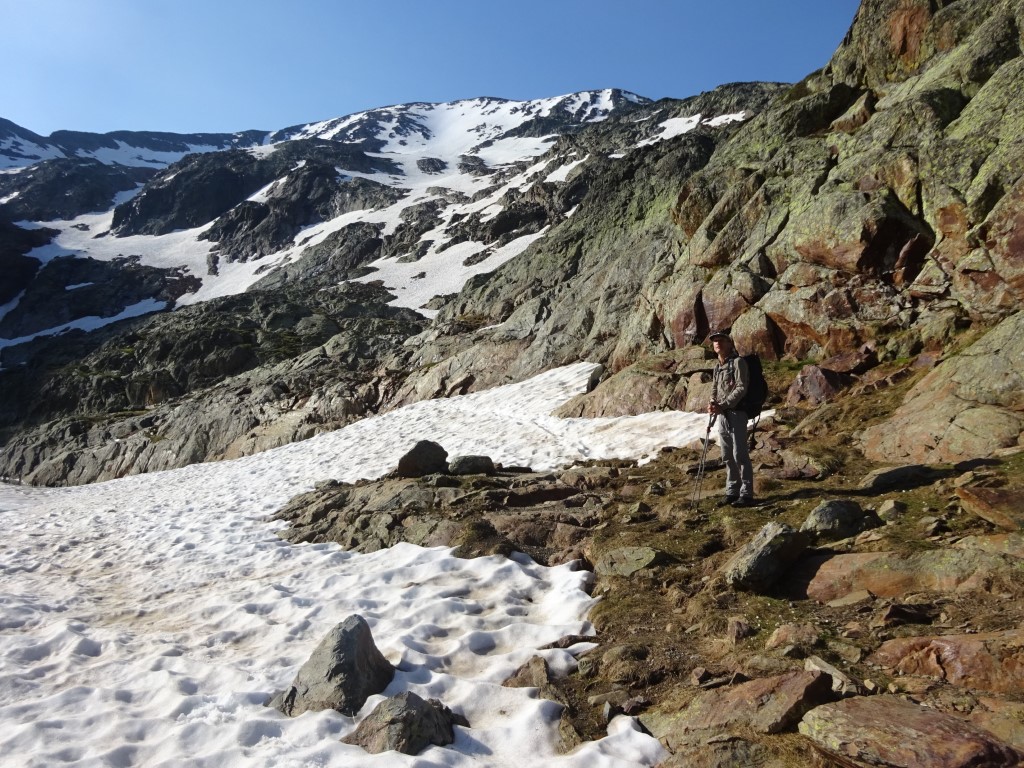