Breezy and I had already decided to go hiking when we got an email from Lee with an idea. This involved meeting at the mine above Salau at 9am the following day and following Lee. Not strictly fair, in that we did know where we were going. Montareing was on Lee’s short list of peaks he had not ascended so far and he had a cheeky little route to get to it which we had not done before. We climbed to Cabane Saube then took a little track off to the west to cross the ridge into the woods and up to a ruin of Cabane Fontaret. From there an indistinct path unmarked by cairns, signs, paint or even a path in places ascended accross the valley and up through some rock bands to a Col (we followed Lee who had used said path before). From there we climbed up to Pic de Montareing via a newly built shepherd’s cabane.

Lunch, then just over an hour to traverse the scrambly ridge over to Cap de Rhuos accompanied by lots of Alpine Accentors. The descent was via Col de Crusous and the steep path (well marked with paint, cairns, and a deep rut in the ground) back to the van at the mine. 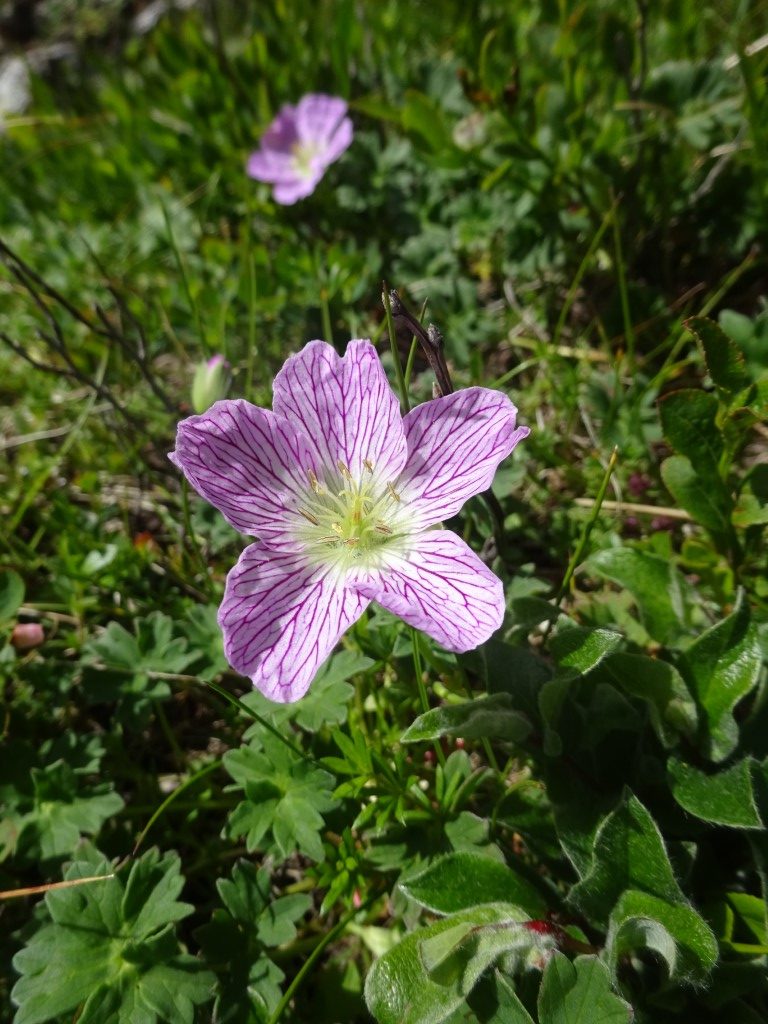 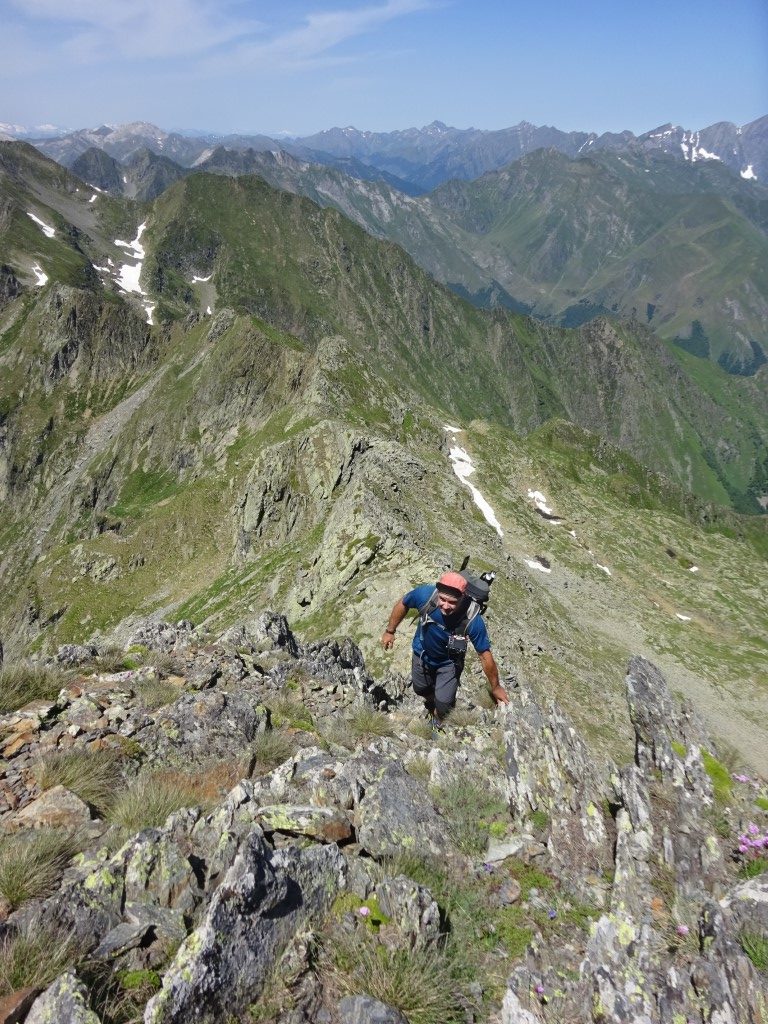 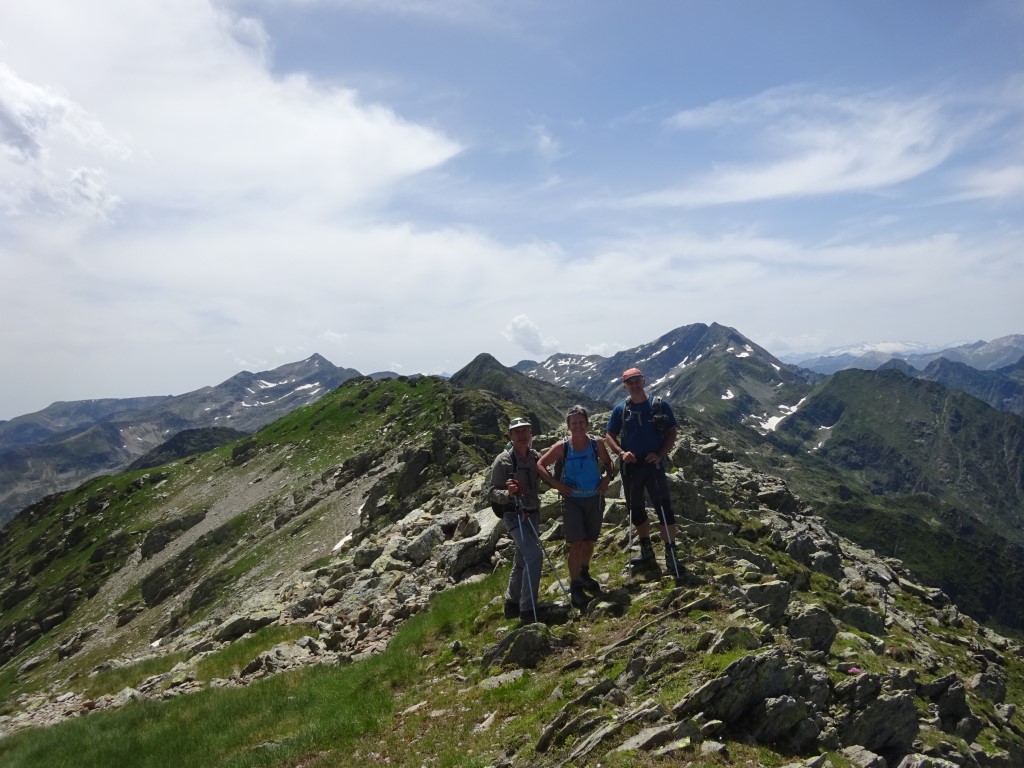 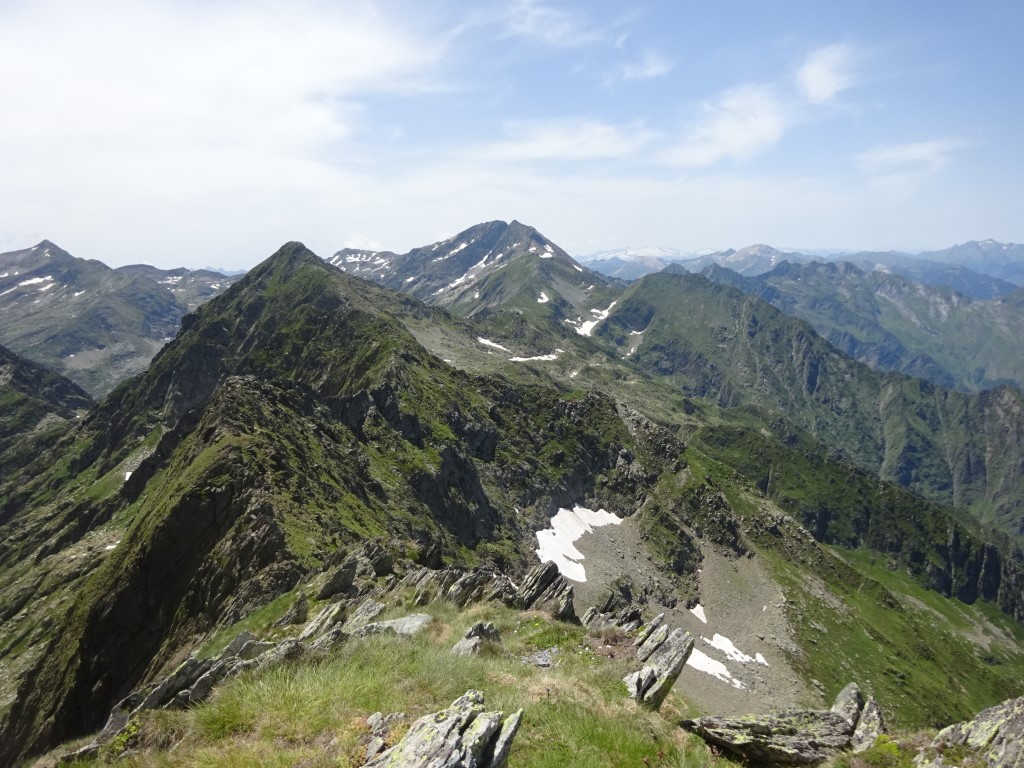 The way we came 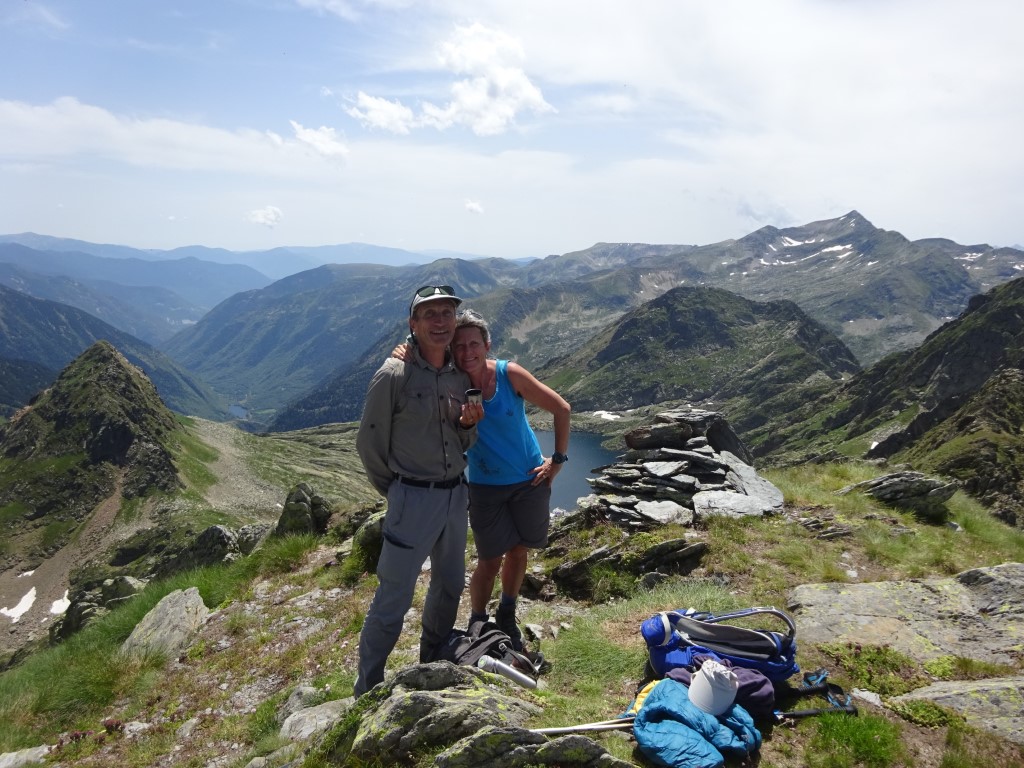 Breezy and Al with Etang Mariola behind 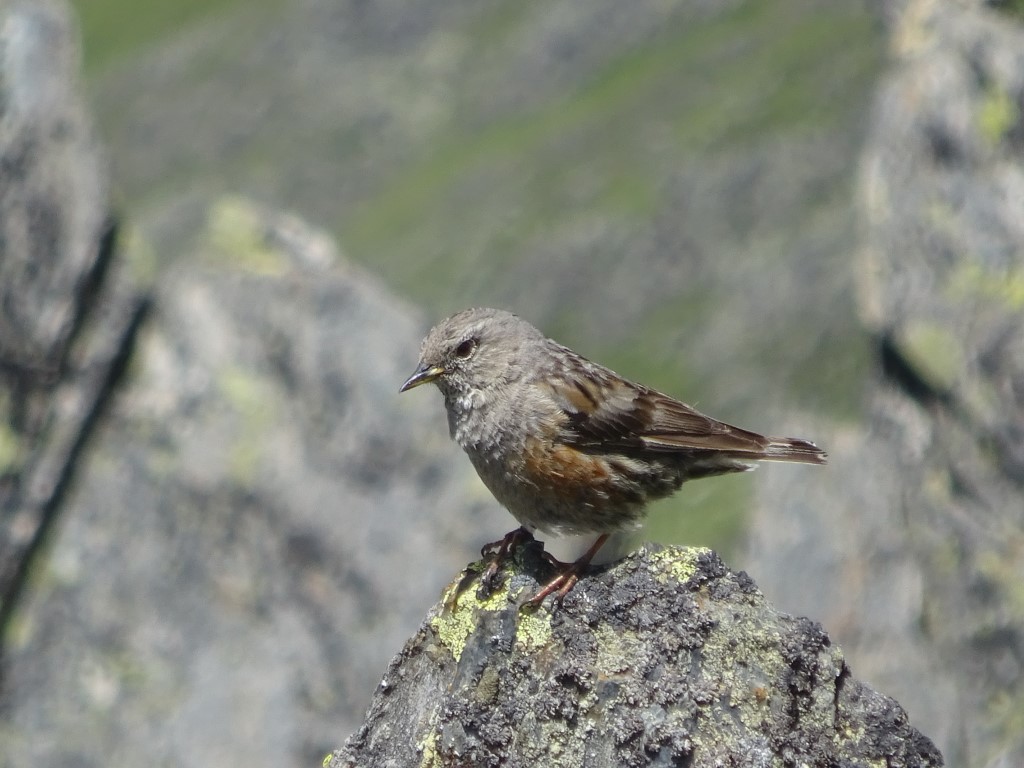 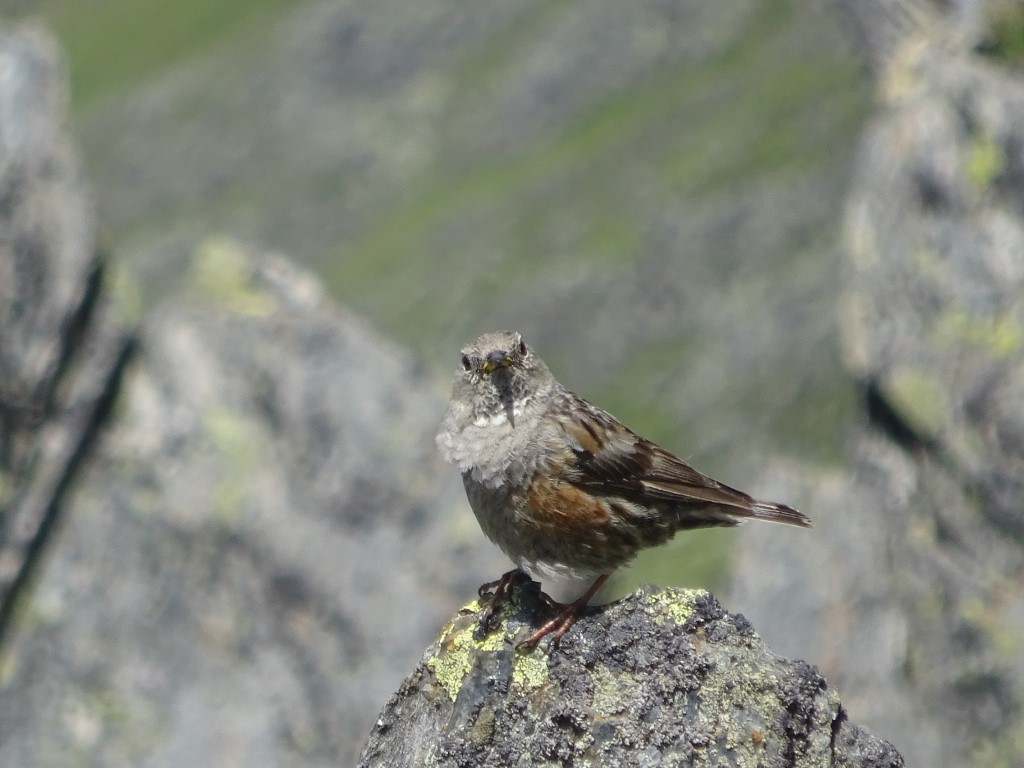 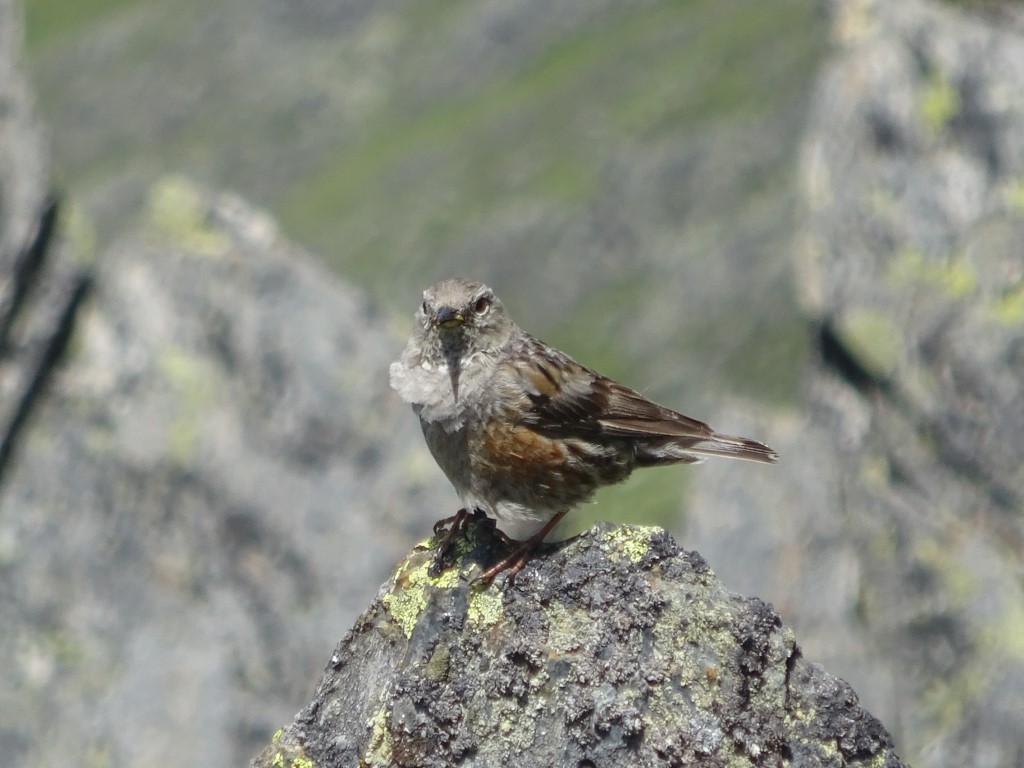 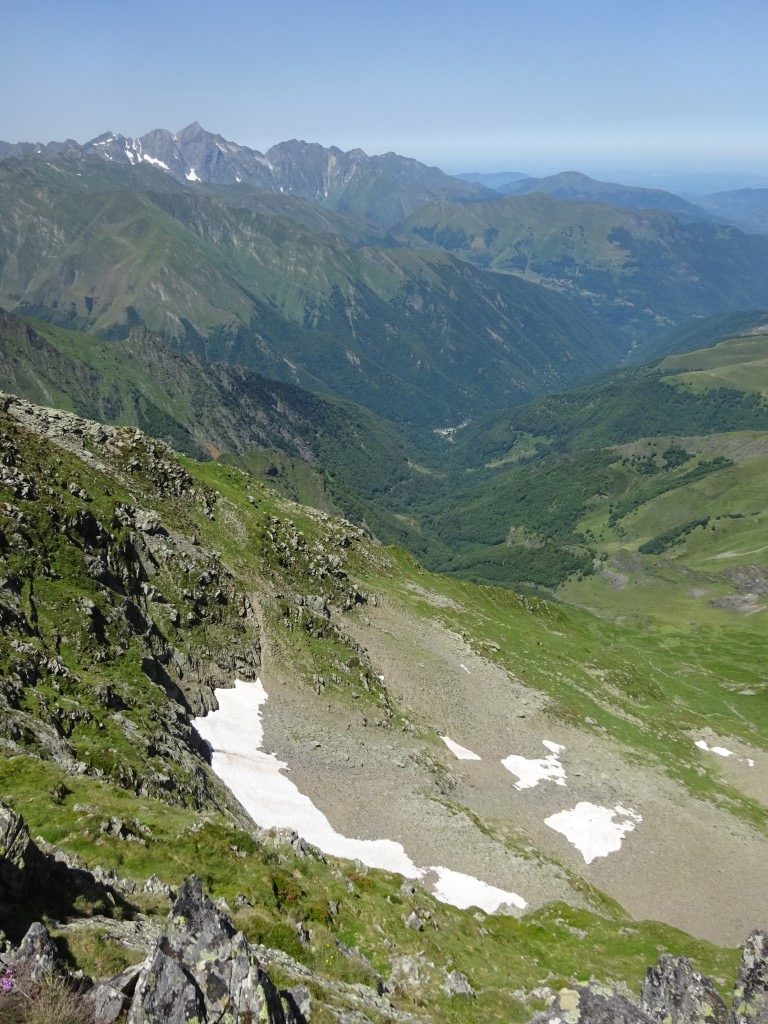 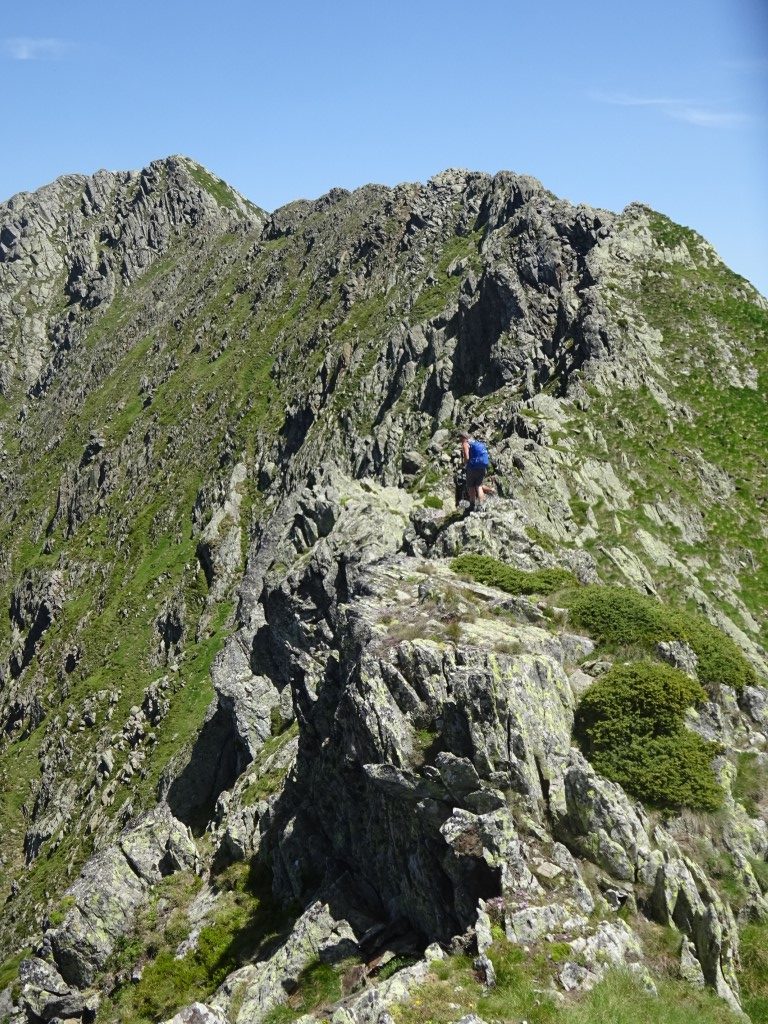 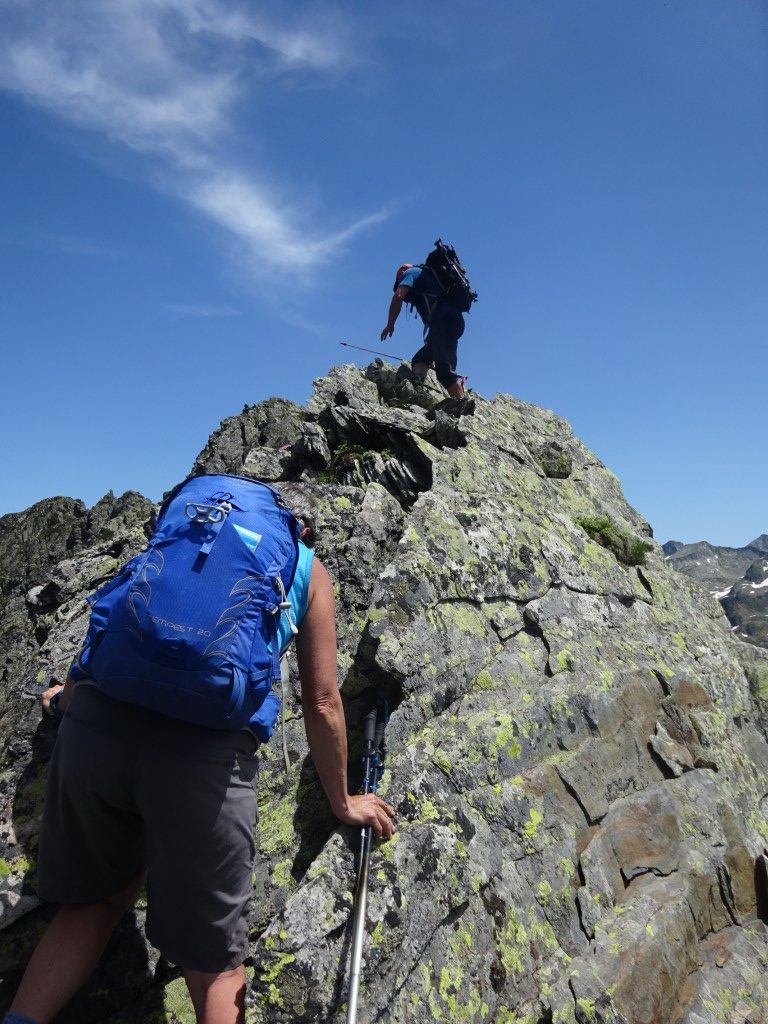 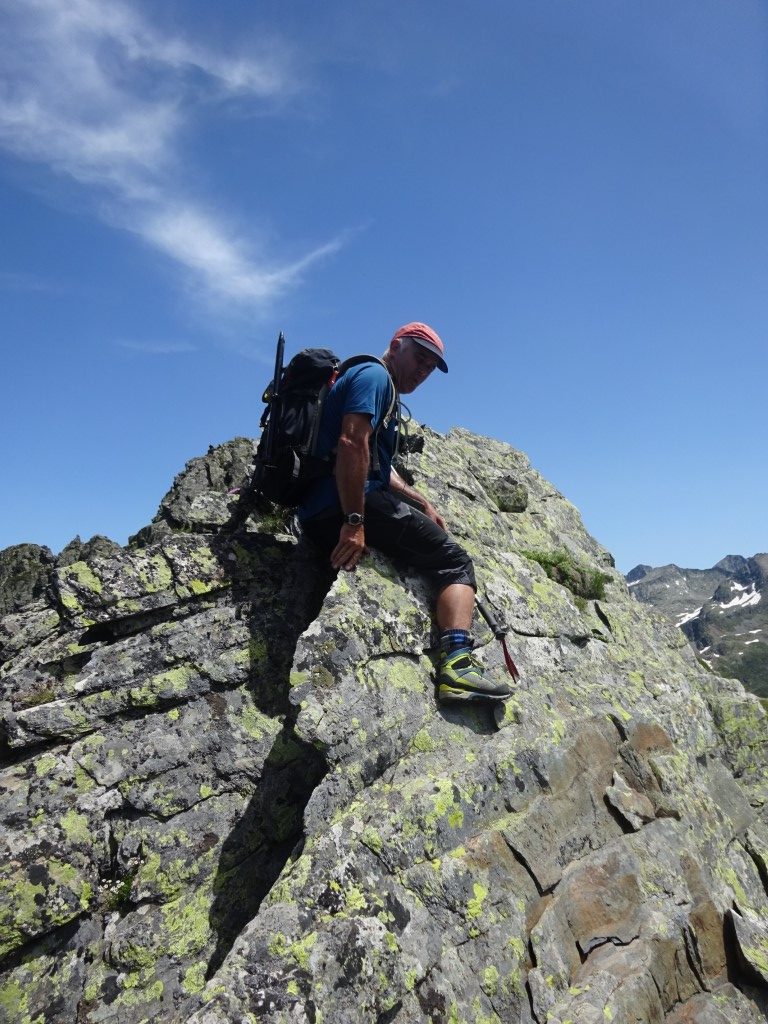 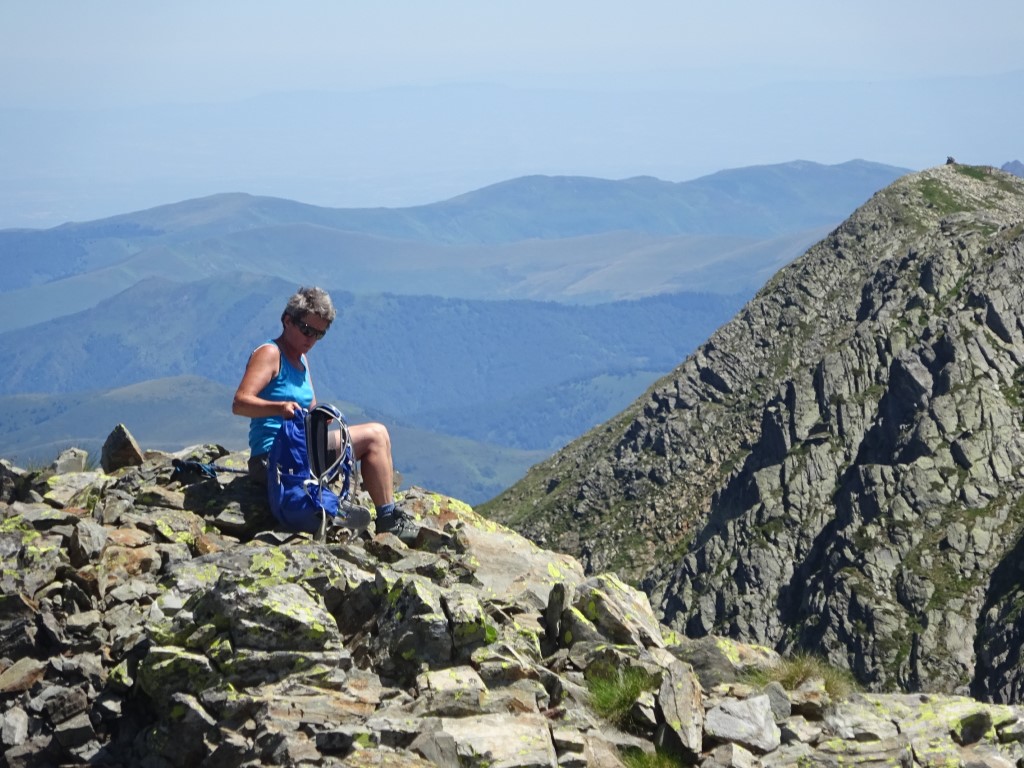 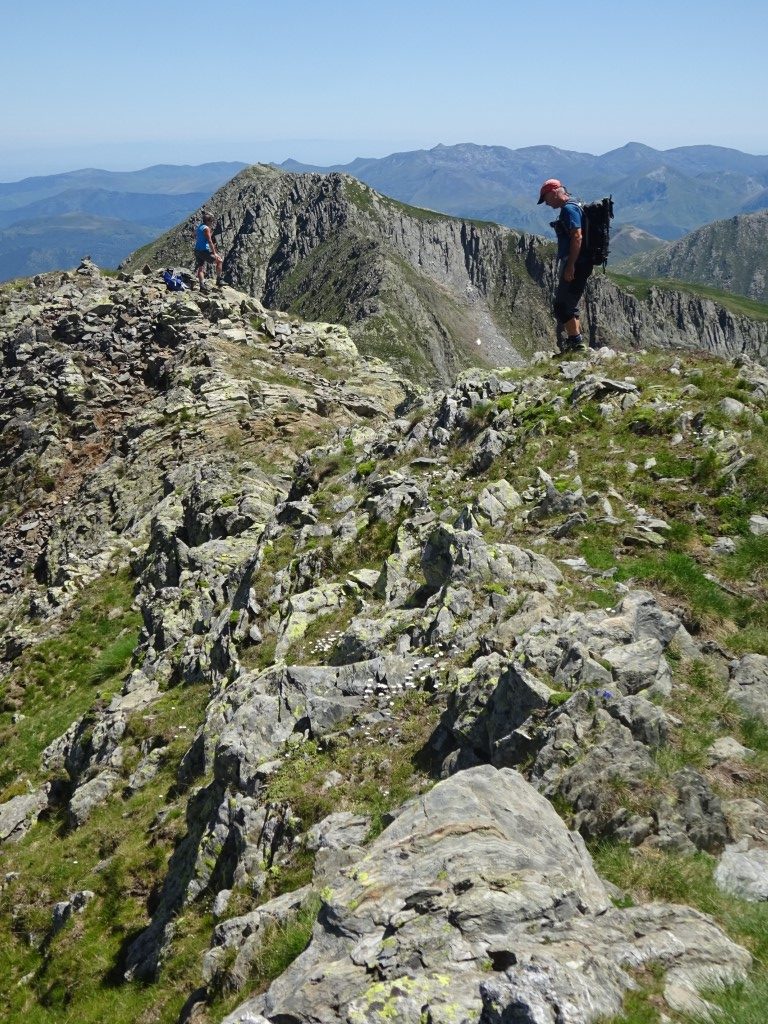 Breezy and Rhuos on the left with a panorama of Spain 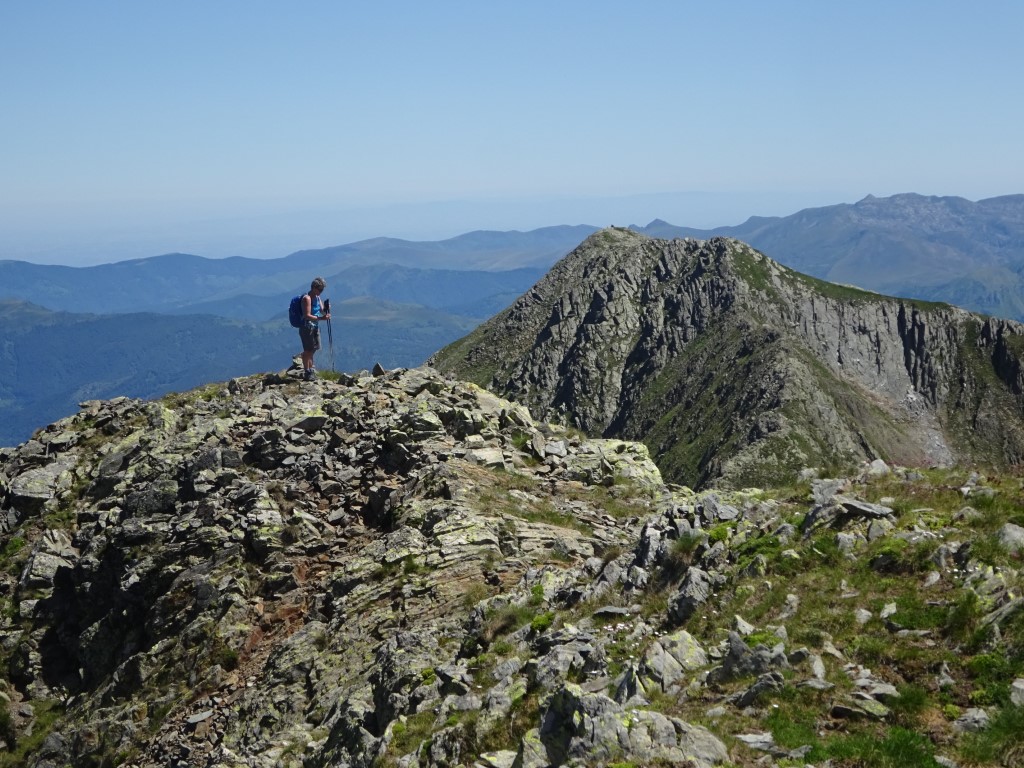 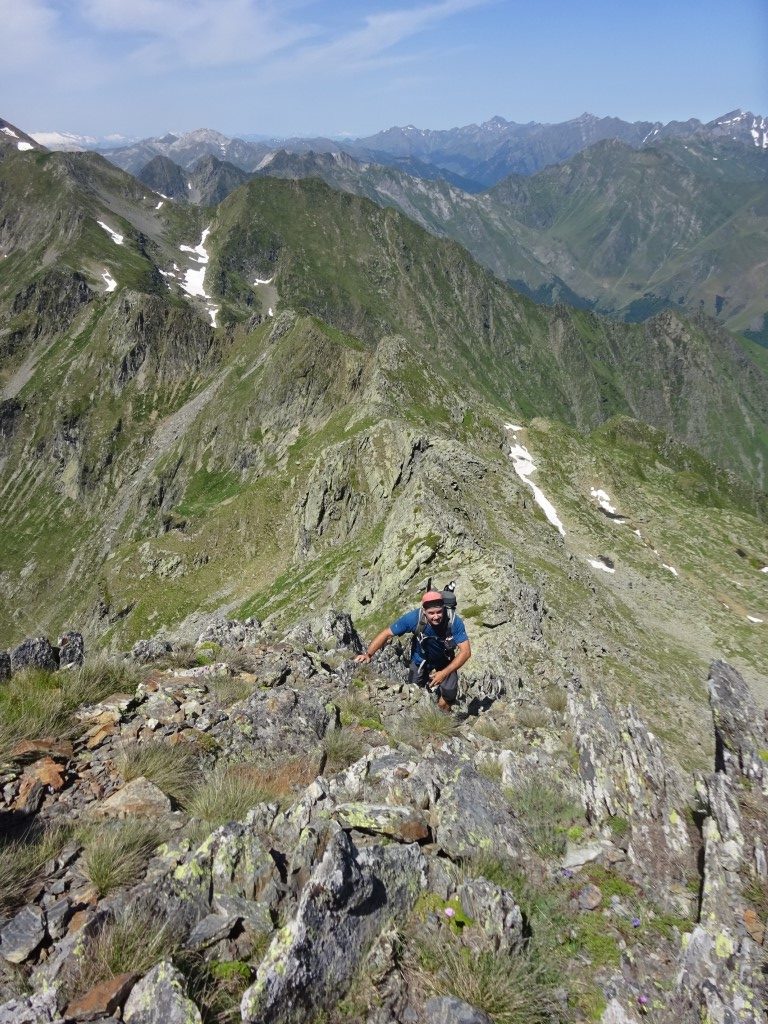 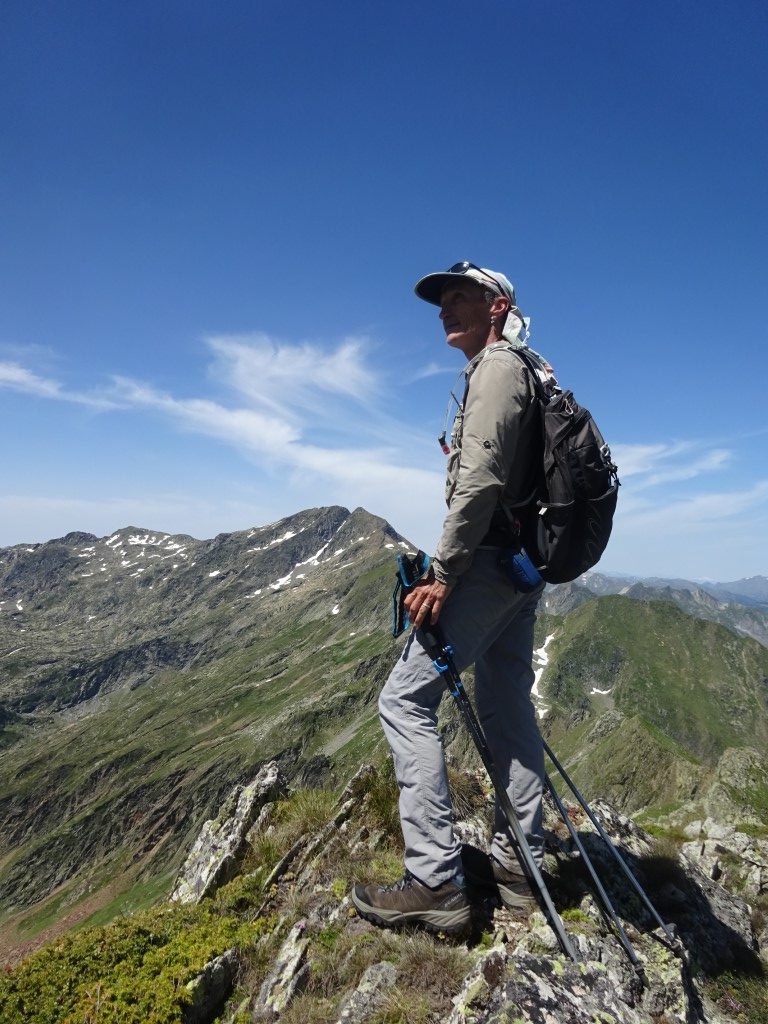 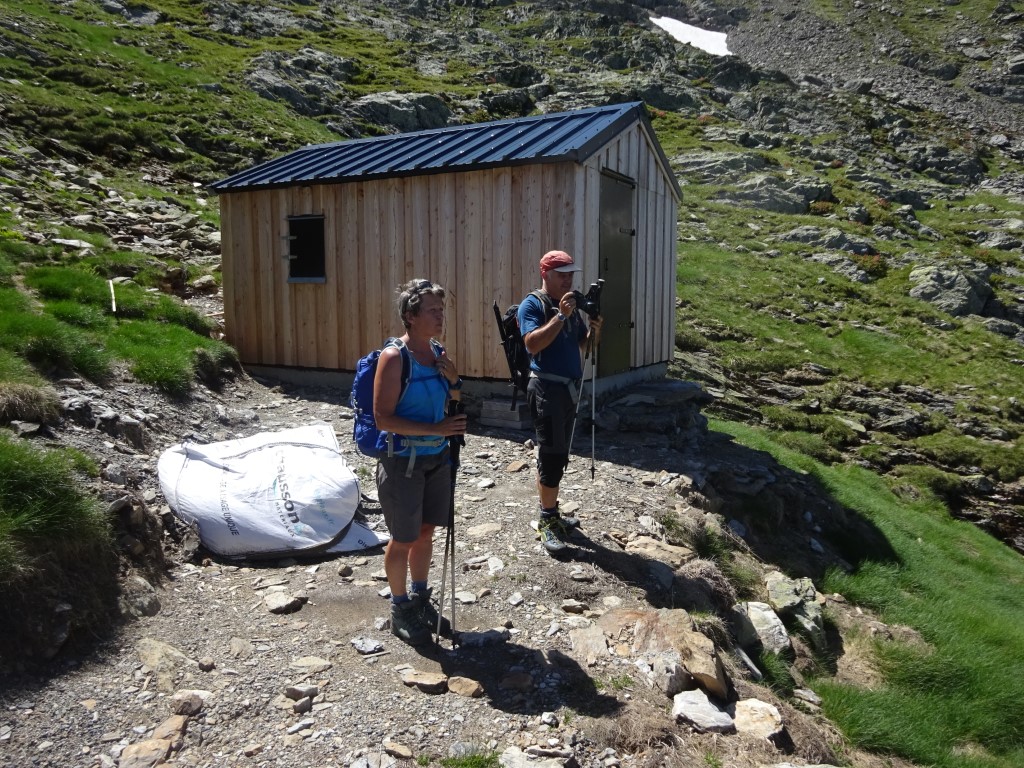 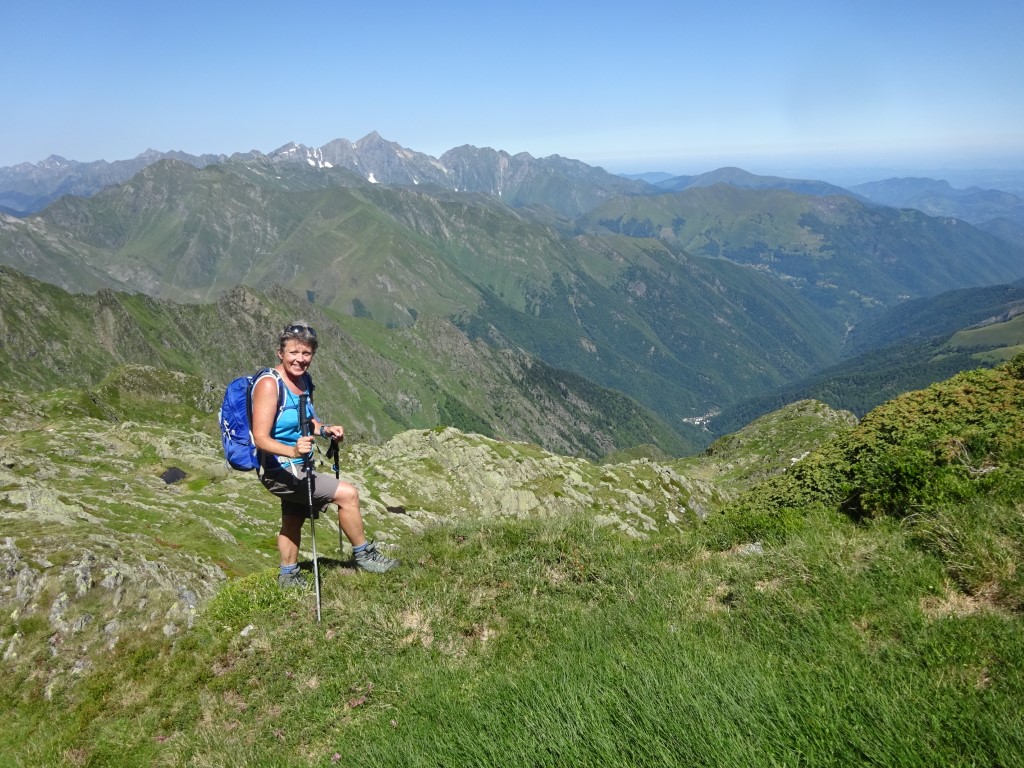 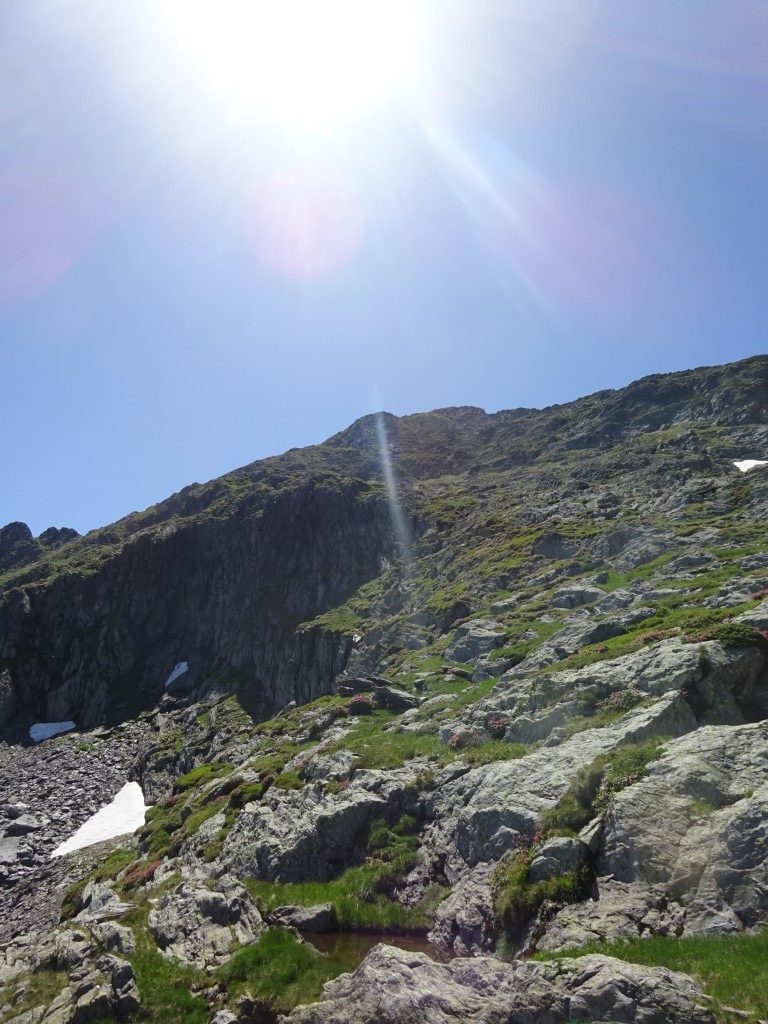 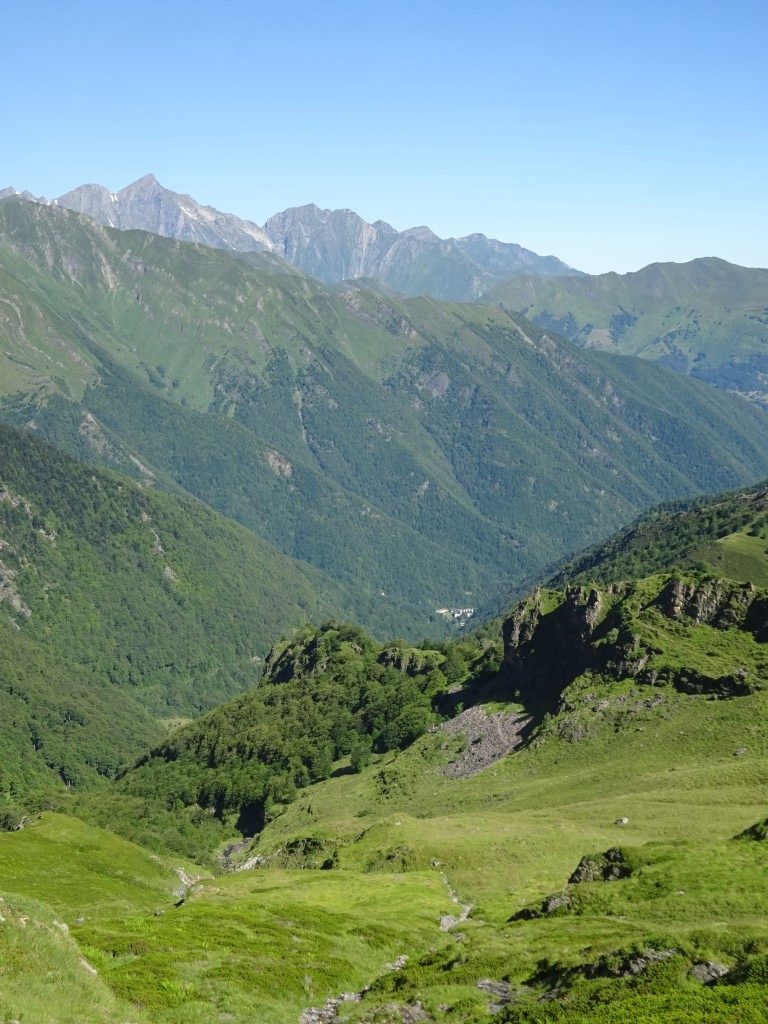 Salau from the frontier