As we have a week of guests this week we set about a massive tidy up. I started with a broom while Breezy logged on to the internet and sorted out enquiries for the chalet in Chamonix. I had brushed down some of the walls yesterday when I had finished sanding but the floor upstairs had a thick layer of plaster dust on it.

Having put all tools away and brushed though a couple of times the place looked so much better. You certainly would not want to hold a yoga class in there but it is fine for glamping.

On the list of must do’s for the day all that was left was food preparation for the evening so we decided to profit from the favourable weather and play with some compost. We had gathered 6 old van/car tyres from St Girons on Monday to make some beds for fruit bushes. We set some cuttings of blackcurrant and red currant last year that have taken and should bear fruit in a year or two. Clive also has a goosberry bush for us as well.

After a light salad lunch we set about moving the trestle table out onto the deck and preparing food for the BBQ & salads.

Adam and Lisa turned up about 7.30pm and we had supper outside and chatted until gone midnight. 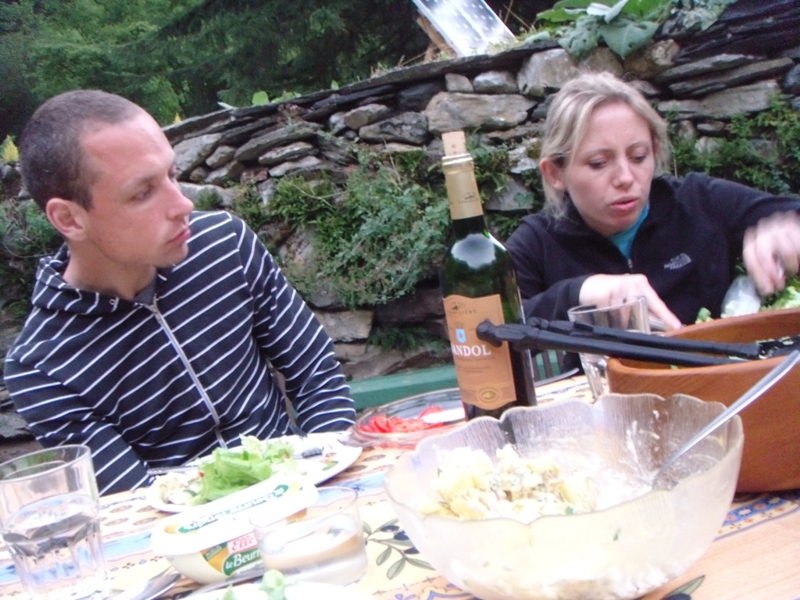 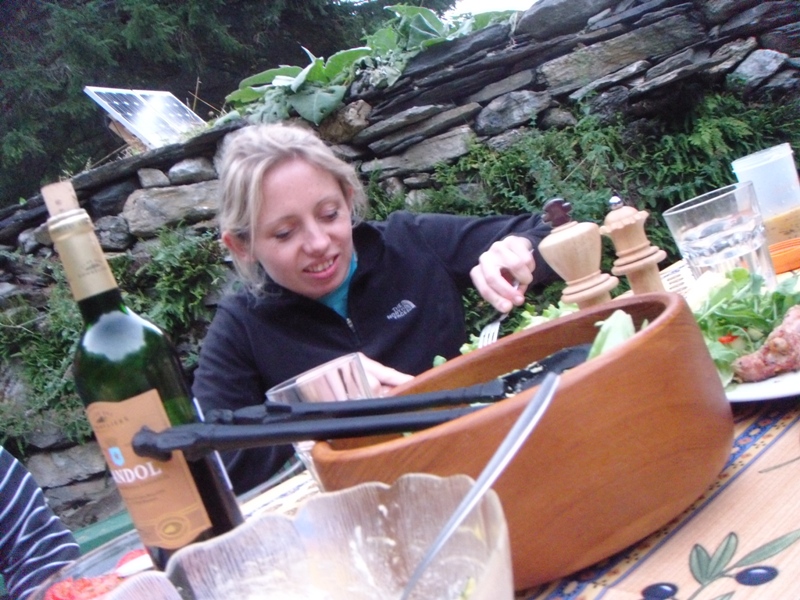