We have now been back at the barn for about 10 days and gradually getting on top of the jungle. We have been doing a lot of strimming of paths and all the areas inside the fencing, it just takes time. Anyway 2 more tanks and we should be done for the moment anyway.

We were excited to see what had taken in the garden but disappointed that the slugs had eaten rather a lot in our absence and devoured the strawbs which looked so healthy when we left. Anyway some TLC and they are coming back but maybe not enough for fruit this year.

Fruit bushes looking really healthy as is the herb garden, cabbages red and green and salad stuff all going well, peas and beans a little slow so we will see. We are the type of gardeners who plonk it in and see what takes and not stress too much about what does not! All good fun.

Wildlife wise so far we have been lucky to see quite a few deer out the back and down by the river and then one morning from bed Al was saying 2 more deer by the piste and then changed his mind to its wild boar! So we leapt out of bed with the binos and he was right two rather large wild boar Wilber and Wilma! First boar we have seen here so very excited.

Main projects this year are the outside terrace wall and finishing off the pantry so lots of units to make from odd bits of wood and fork lift pallets!

So we have made a start as weather has been up and down since we got back some hot days and a lot of mist and mizzle.

So we have begun under the window area in the pantry and now have a unit built under the sink and a cupboard to the left of it, next stage is a wine rack to the right of the sink, the important things in life!

We had paint from UK for back wall in the pantry but had not got enough oops, so that was an expensive under coat layer! Then we tried to match the colour down in town but to no avail so changed the colour altogether from yellow to orange. I actually was not warming to the yellow so quite pleased we had run out and had to change plan of attack!

We had the last bit of tiling to do on the back wall so Al did the cutting and I got the tiles glued and in place. Then let it go off before we grouted it the following day. 3 different lots of tiles in the pantry maybe random but it actually works!!! Fridge now out of the centre of the room so less of an obstacle course to contend with daily! 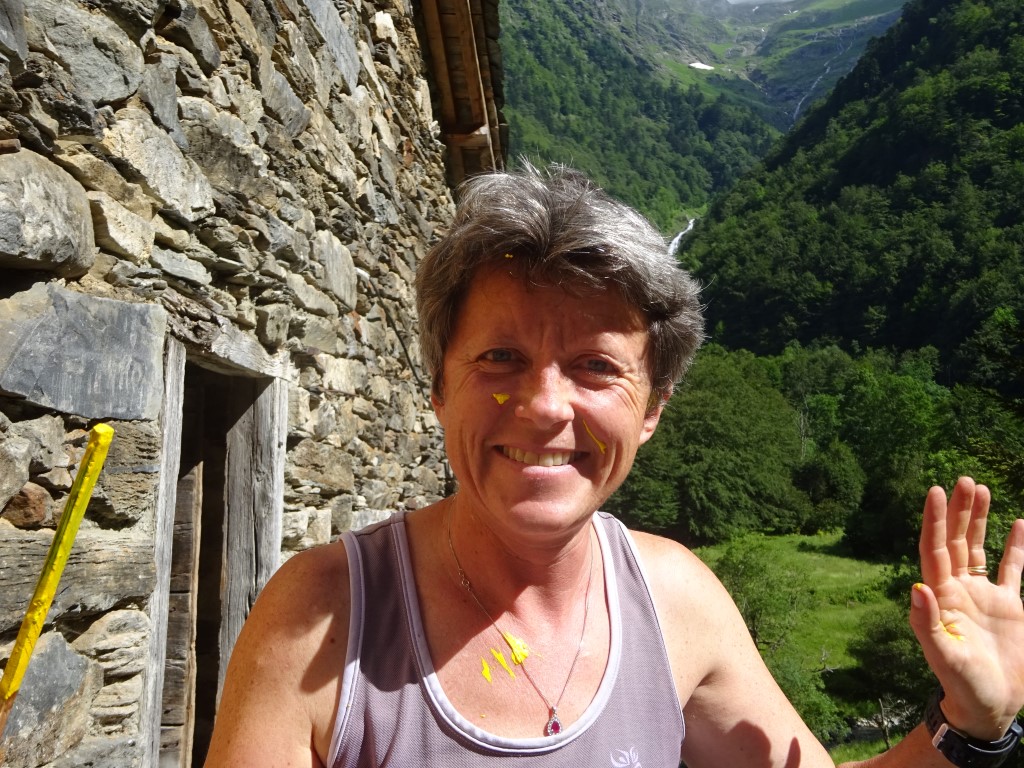 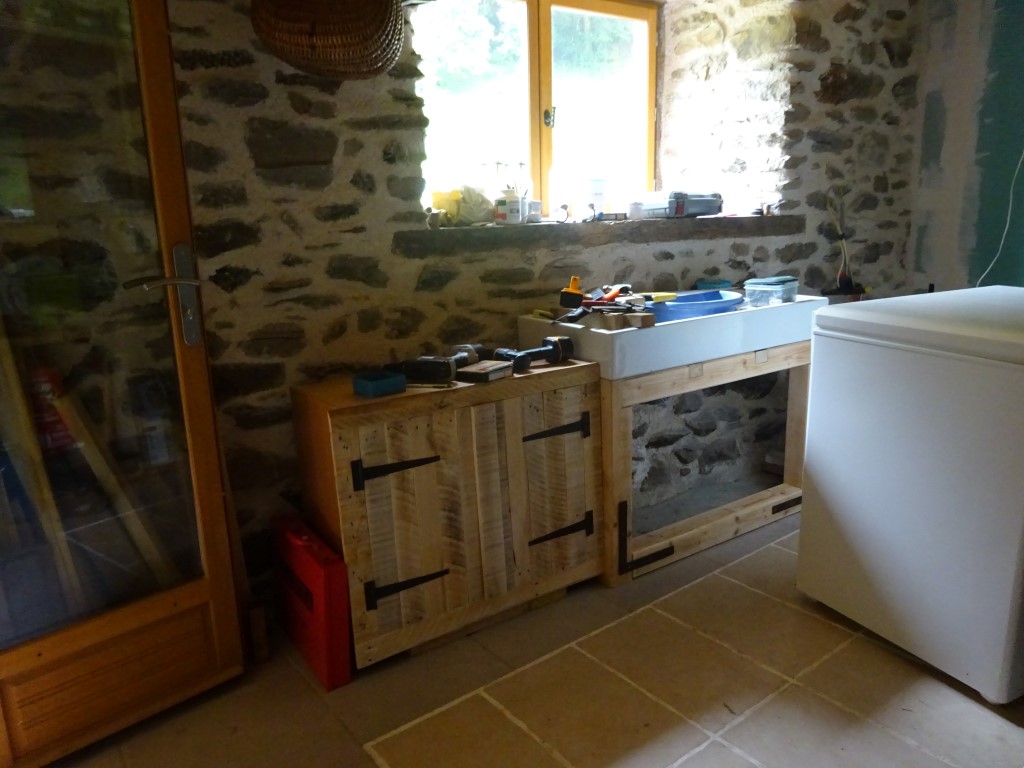 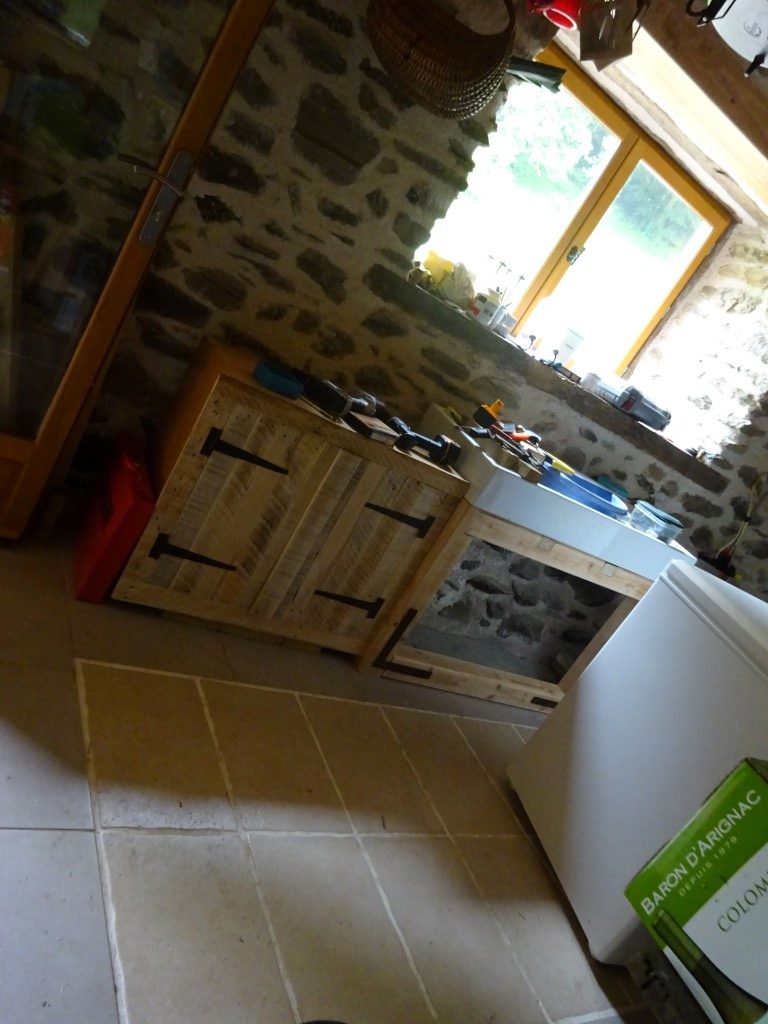 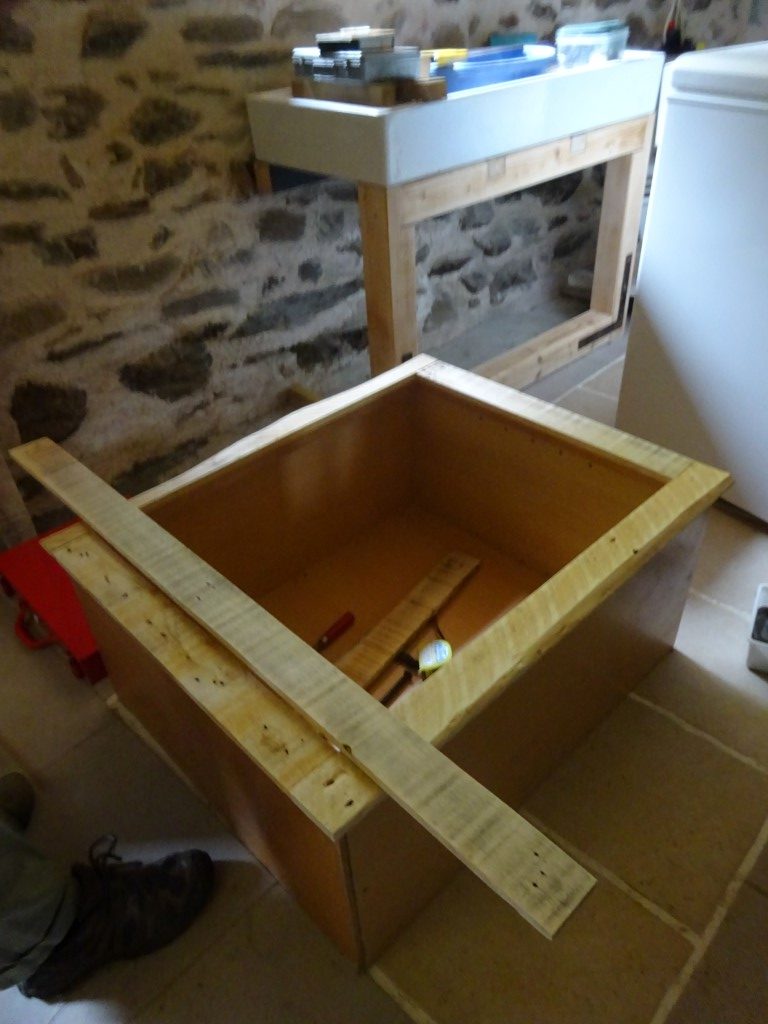 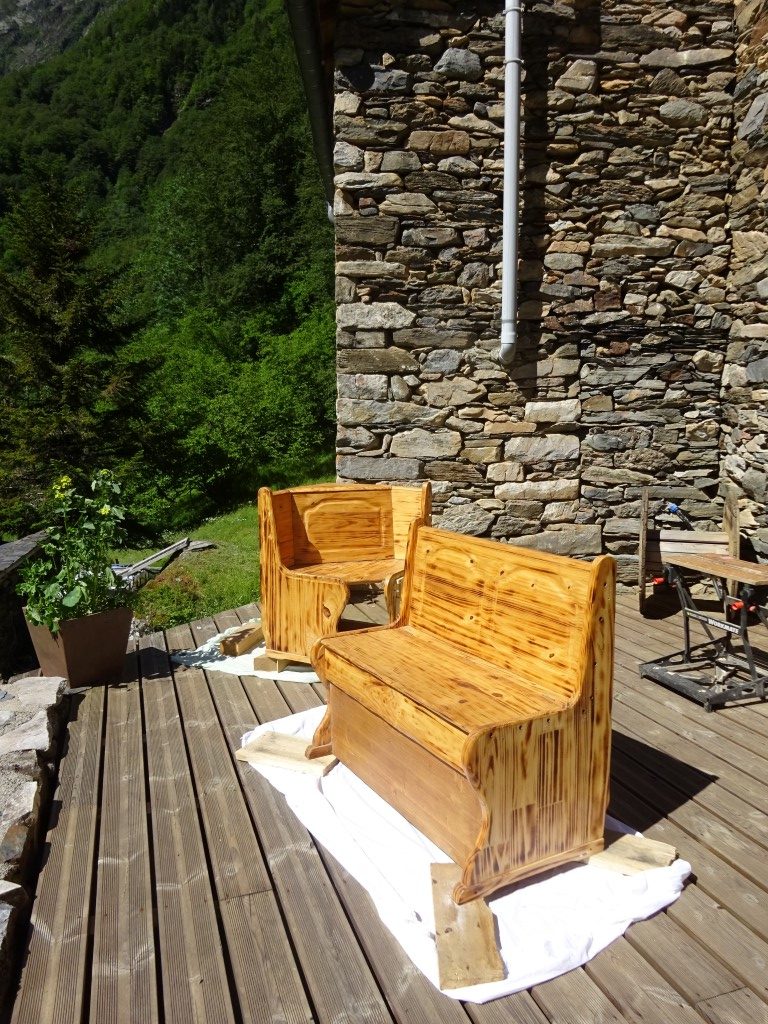 We have not been out exploring much as I have been full of cold but we got up to Cirque D’Anglade yesterday which was lovely, nobody about and got the weather just at the right time before it rained. There is still snow up there, an abundance of lovely wild flowers and the waterfall looking impressive, not a mushroom in sight though!!! 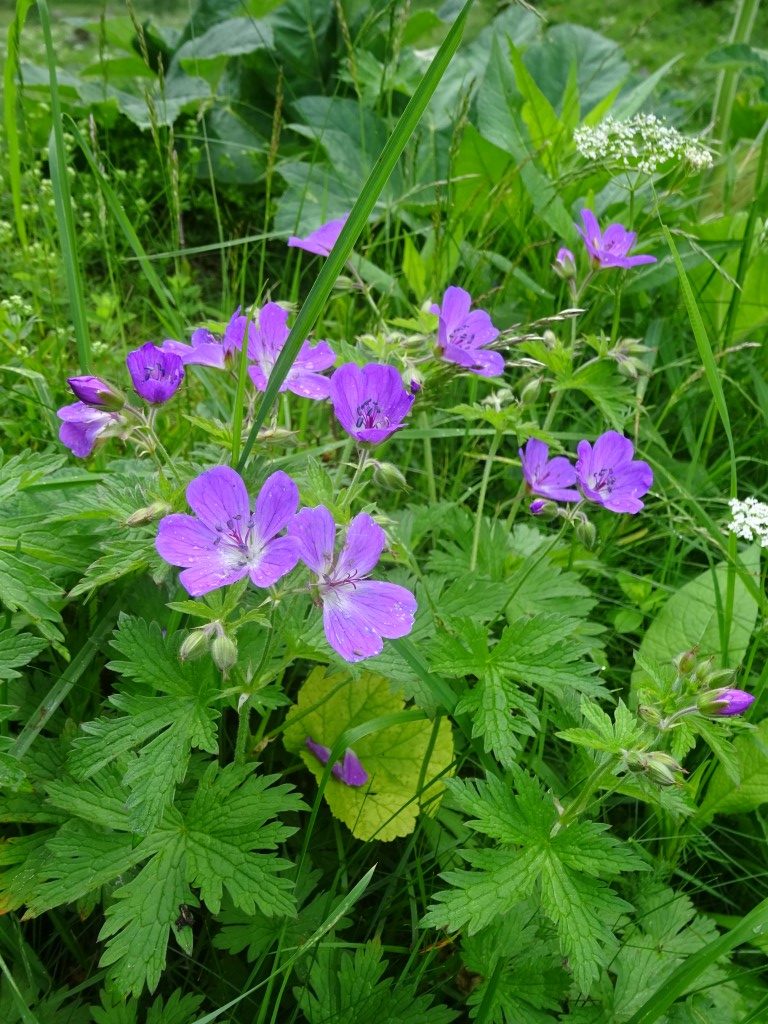 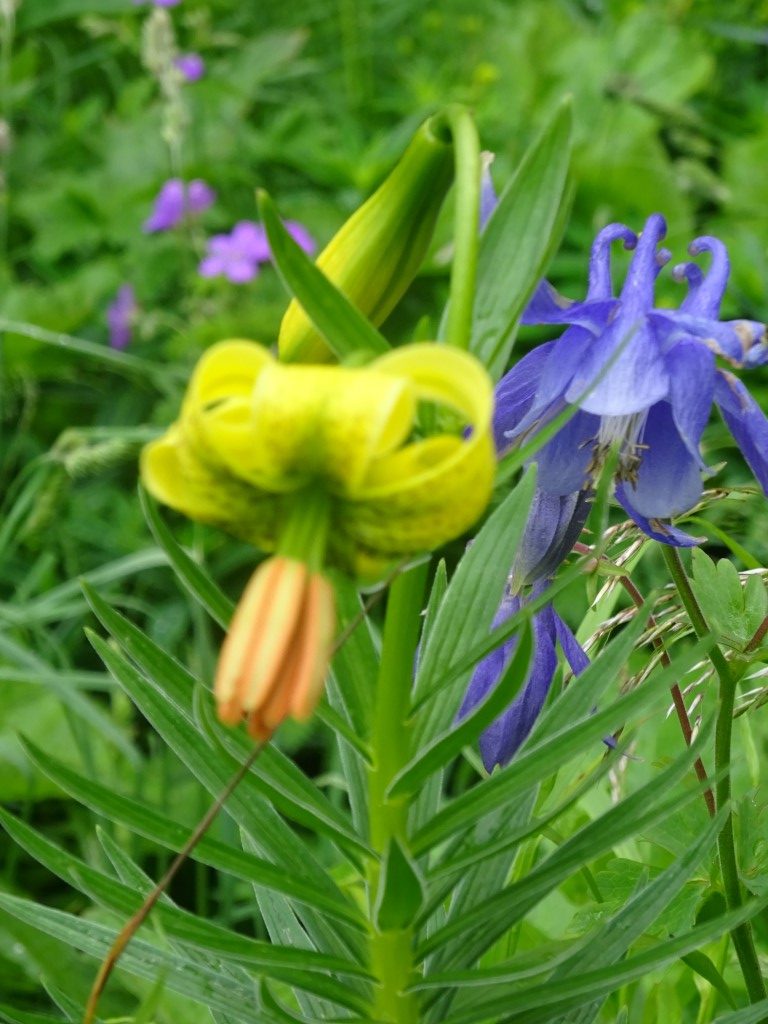 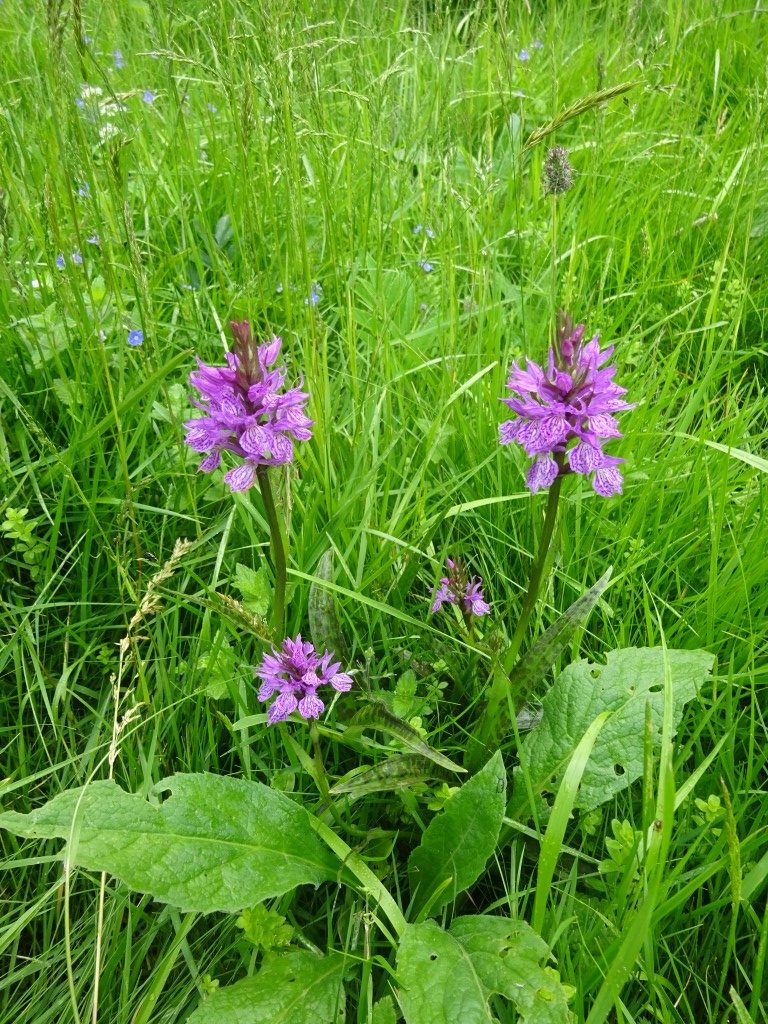 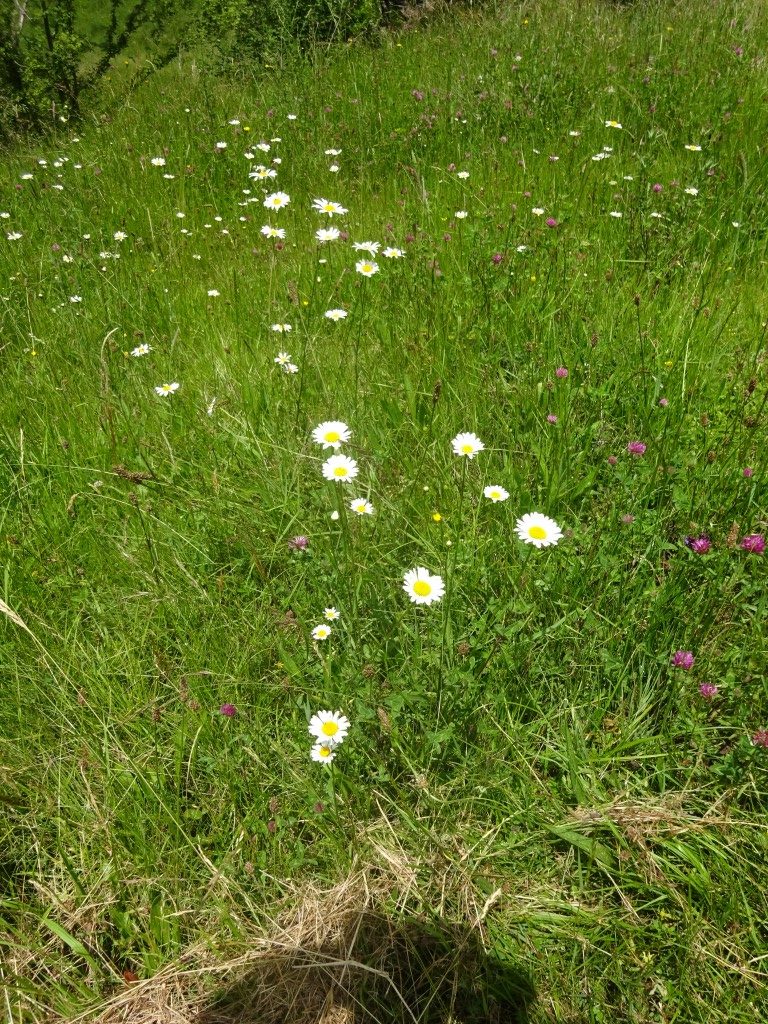 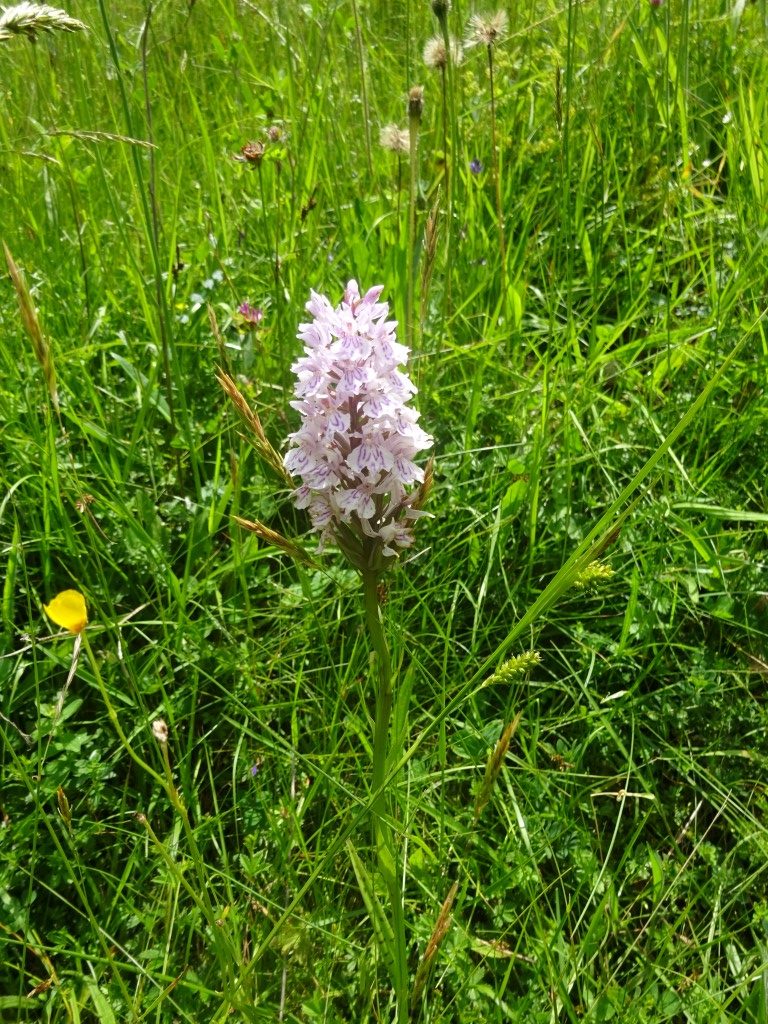 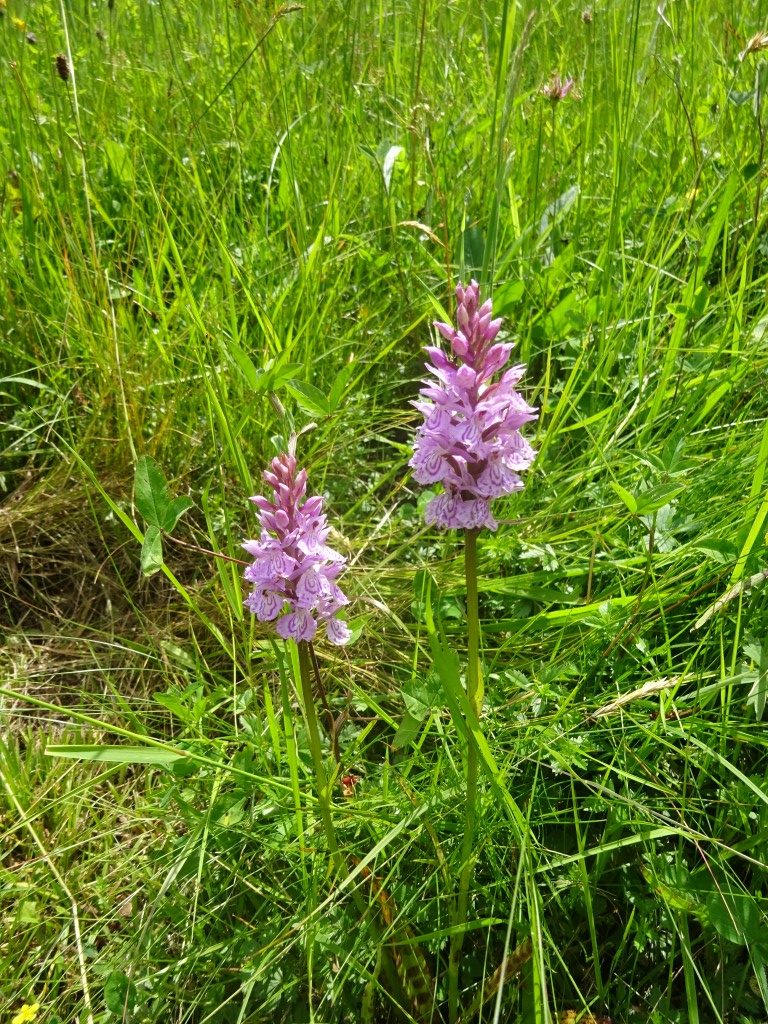 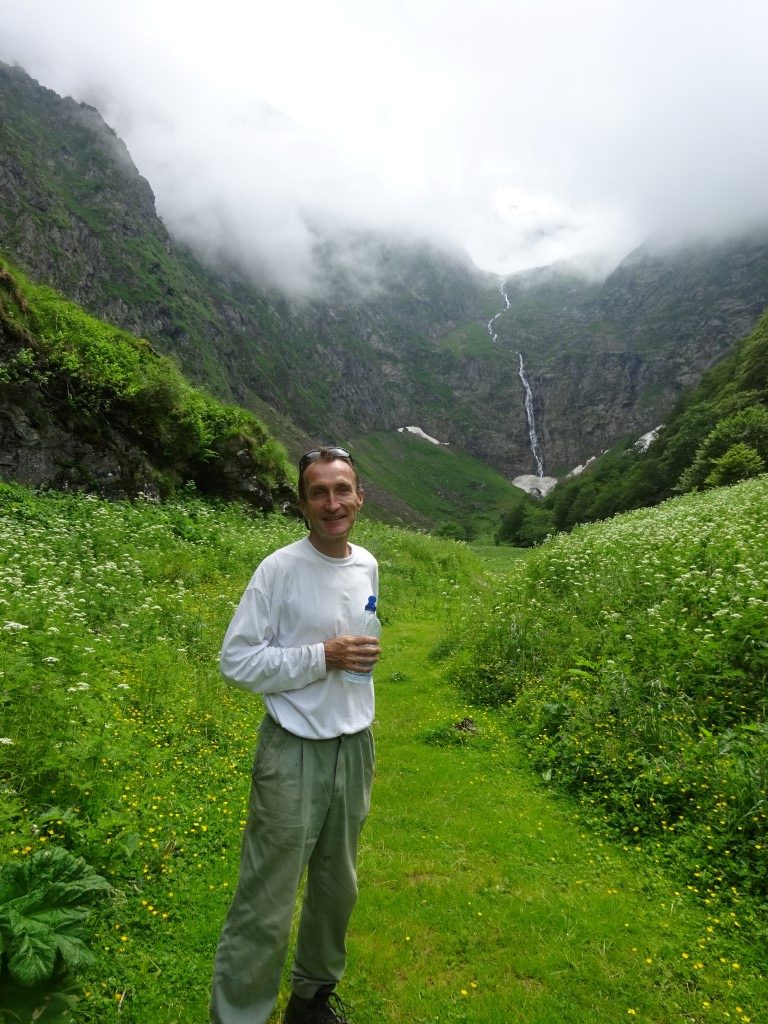 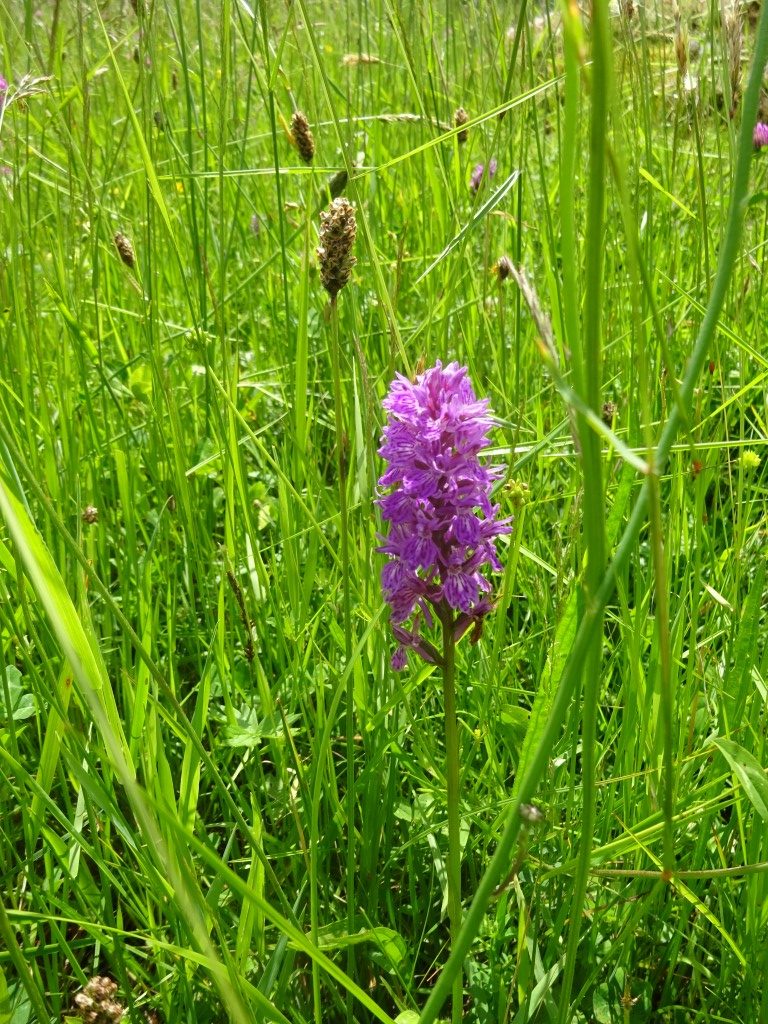 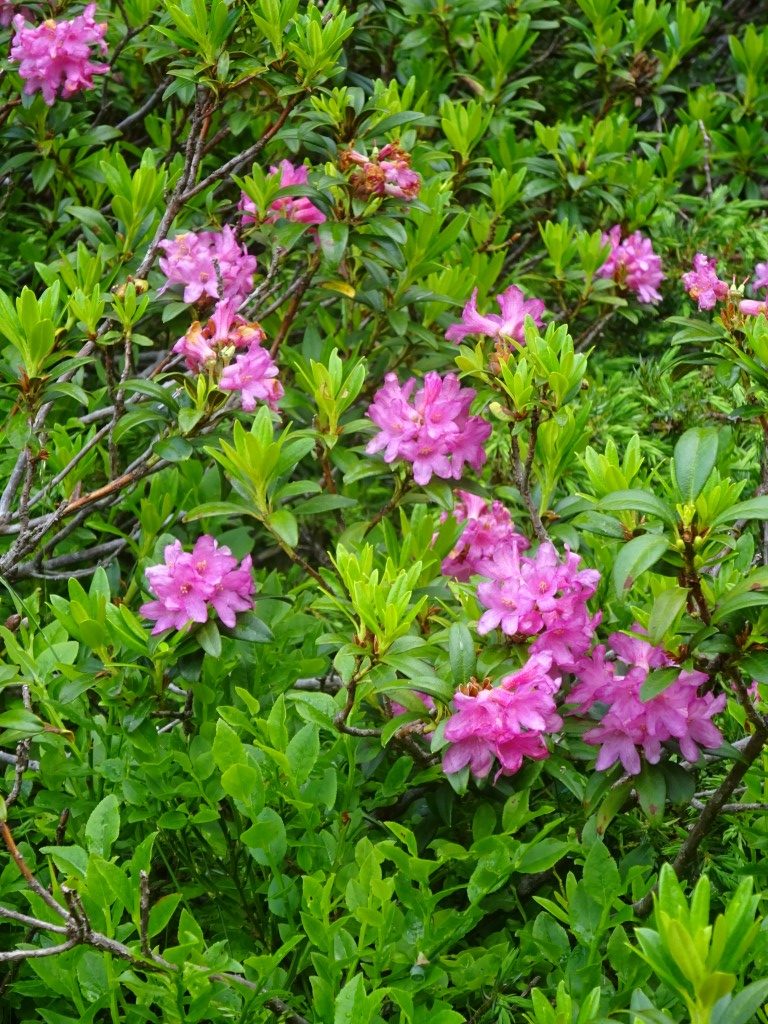 We are definitely enjoying being back and trying lots of new recipes so far a few new winners have been cod with smoked bacon lentils….10/10! A courgette and aubergine layer dish which they called lasagne but there is no pasta in it! The sauce is made from cannelini beans, leeks and stock and goats cheese . Layered griddled aubergines and courgettes with a rick tomato sauce plus the cannelini sauce and bake. Wasabi BBQ’ed salmon very easy and scrummy and a chicken and lentil bake which was average!

Picked rhubarb from the garden and have made an Al friendly rhubarb and almond cake so we can tuck into that today in between DIY.

Monday is meant to be glorious so hoping we can huff and puff up the hill to Port de Salau for some mountain views and exercise. Al and I are also on a mission to get stronger so circuit training has been a daily occurrence on the front terrace much to the amusement of the local dog walkers who watch us jump up and down like nutters!!!