Breezy started off by grabbing the strimmer before breakfast and heading out into the field while I made a coffee and switched on the internet to catch up on some work.

After the usual fruit breakfast we set about the front wall of the first bedroom. After lots of measuring, marking, sawing and screwing we had the semblance of a frame ready to offer up. We had just got it vaguely into place when there was a knock at the door. I can’t say that we have ever heard a knock at the door before. Usually it is wide open (if we are at home) but at the moment we are keeping it shut in an effort to keep the fly population on the outside of the building. So before if the door has been shut, we were probably not there and thus would not have heard the knock.

This time it was Anouk who had been walking “Dim” (Adam’s dog) and called by for a cuppa tea. Having been overcast most of the morning it was warm enough to sit on the terrace and chat.

With the bit between our teeth; after leek & chickpea soup for lunch, we nailed, screwed and glued as many offcuts of wood and plasterboard to the new frame as possible to fill the gaps. By the end of the day it almost looks complete (from one side only) except the doors, which is over 50% of the surface area. 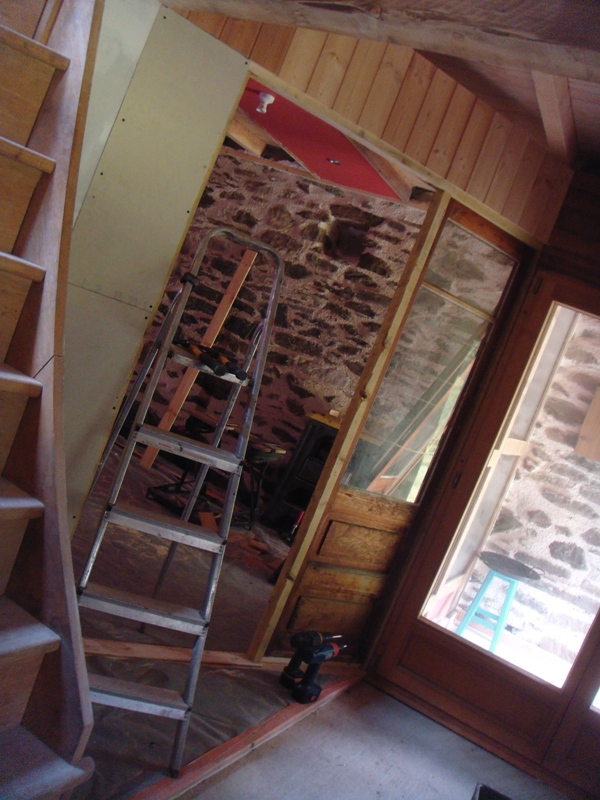 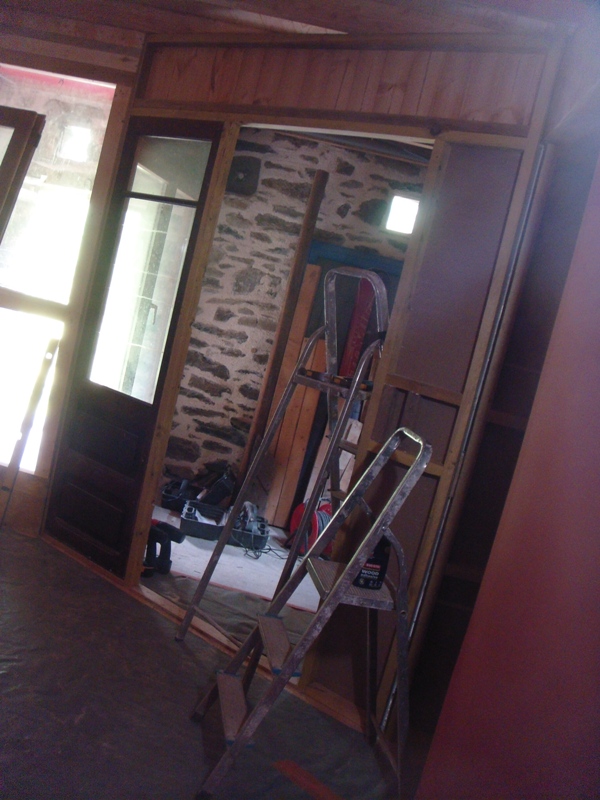 Plan was to BBQ some chicken but the clouds had come down by the evening and the midges were horrendous so the oven was a more comfortable option. Chicken thighs marinated in fresh oregano, garlic and lime with salad stuff from the garden and a yoghurt (sheeps) based dressing. 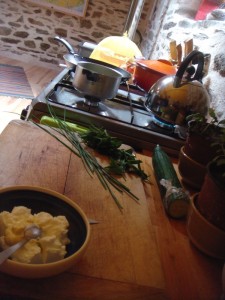 Relaxed infront of an episode of Silent Witness before going to bed to the sounds of rushing stream water and a fly desperately trying to escape the adhesive qualities of fly paper.