Just another day at the ceiling

When the sun hit us the steam rising off the grass looked incredible. 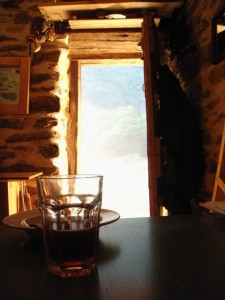 Just after breakfast I left Breezy doing internet stuff for Ski Breezy and jumped in the van.  small list of chores to do around trying to catch up with Clive. I only got a few minutes away and came across Alison & Peter coming up the piste to catch us for coffee.

No luck with Clive in the village but did the recycling, filling drinking water up, rubbish and called my folks for a quick chat.

Managed to see Peter & Alison at the barn for a brew before Breezy & I set about another plasterboard session. Half an hour in and Clive turns up. He is gonna help us put the window in downstairs in exchange for me building him a website. He also had some great advise for finishing the ceiling around chimney openings.

The rest of the day was spend scaling scaffolding and fixing material to the ceiling. We did see a grasshopper shedding its skin though. 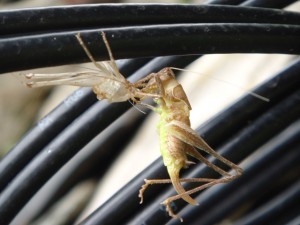 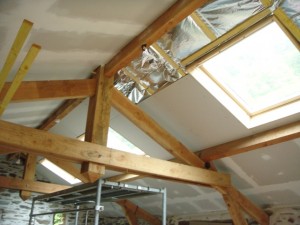 Rabbit stew yesterday was great; would not want to live off it every day but as a tasty change it rates highly.