A couple of years ago was the fortress wall building event with Clive. After that we decided that we would like to continue the wall on a lower level around to the back of the outbuilding, not such a megga project but still quite a lot of shifting of materials.

We had asked Clive to lend us a hand who is excellent at this sort of work and many hands make light work as such.

We had a lack of rocks but luckily Rene and Anouk had a stash from a wall they had dismantled so lots of trips down to the auberge with the trailer recuperating them made sure we had plenty to do the job, along with 16 bags of cement. We had planned 3 straight days but as the sand delivery never arrived this became staggered days which actually suited us better. We were all in one piece at the end of the wall unlike last time when we were all booked in to see the local osteo in the village!

Pre Clive’s arrival we had got the foundation dug out so all ready to go with building once he turned up for work.

Monday saw the foundation going in and we used up the rest of the sand we had to get a few layers up. Whilst the boys were doing the reinforcement I jumped on the bike and zoomed to the Auberge to order some more sand from a different supplier. Due now on Thurs pm so means we will then work Friday and the following Monday to finish it off.

As with all these things routine speeds things up, Clive building, Al mixing and me ferrying buckets of water and rocks to the right people as well as bringing sand up from by the river.

We are thrilled with the wall which is now finished except we need a lot of back fillingÂ  before we can get some decent soil on top of it and then chuck some grass seed at it so we will have a nice green flat terrace area.

The wall has some stone steps built into it too plus some holes for some flowers to hang over and cover the wall with some colour. 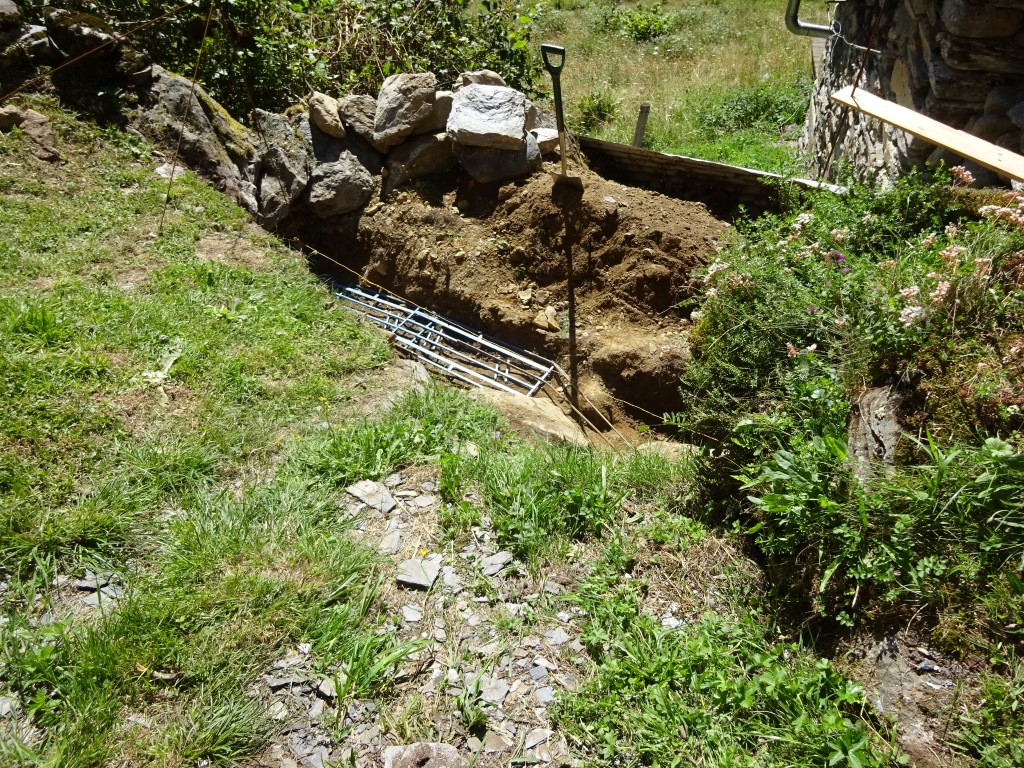 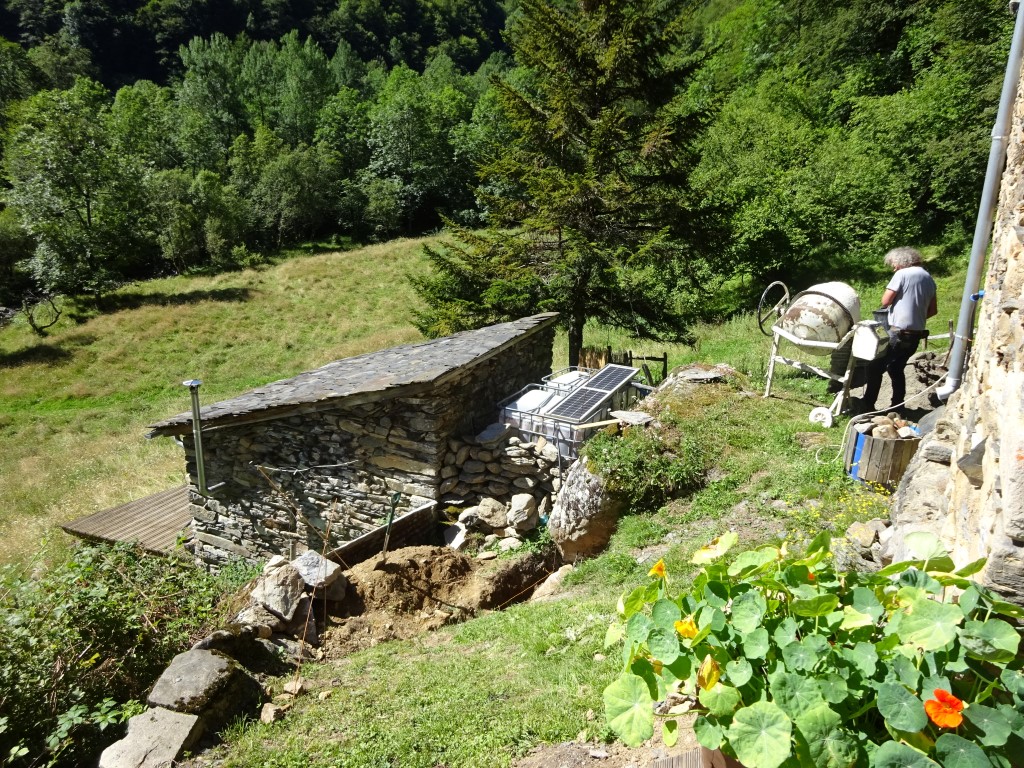 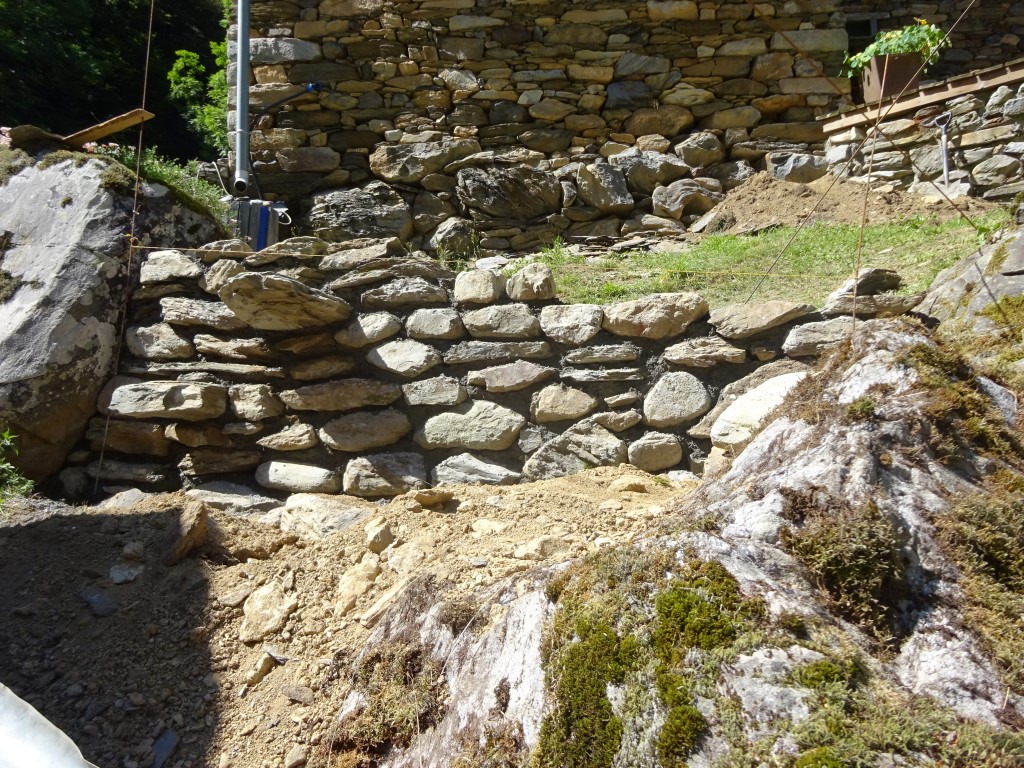 Foundations in on day one 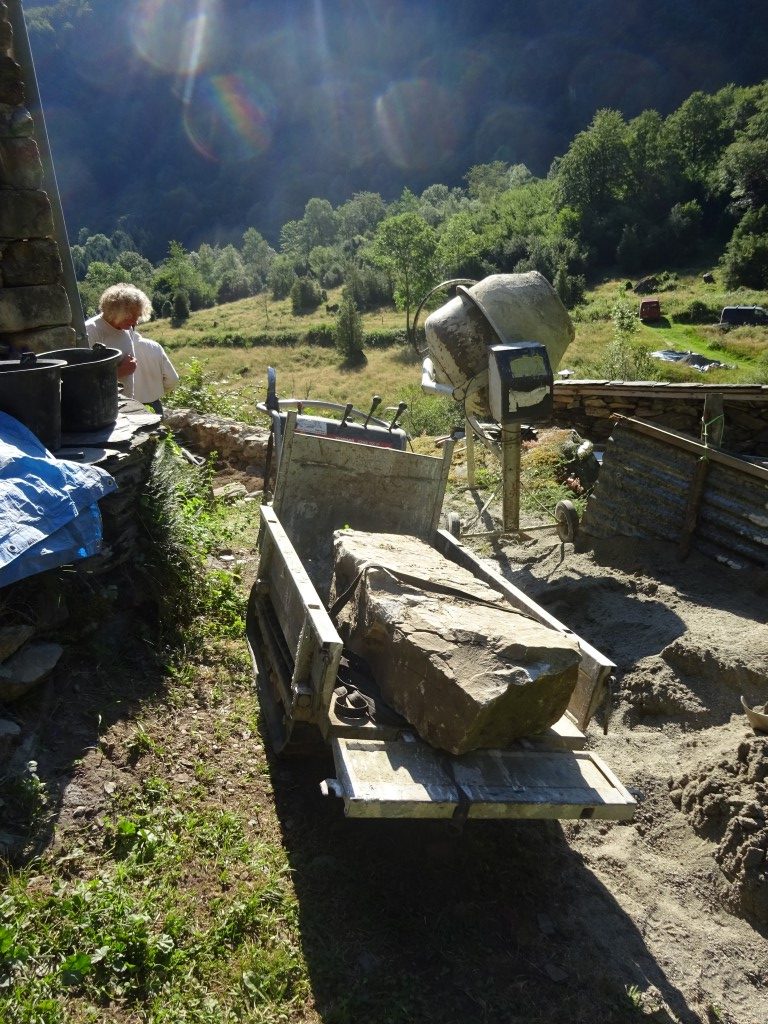 The largest rock for the wall 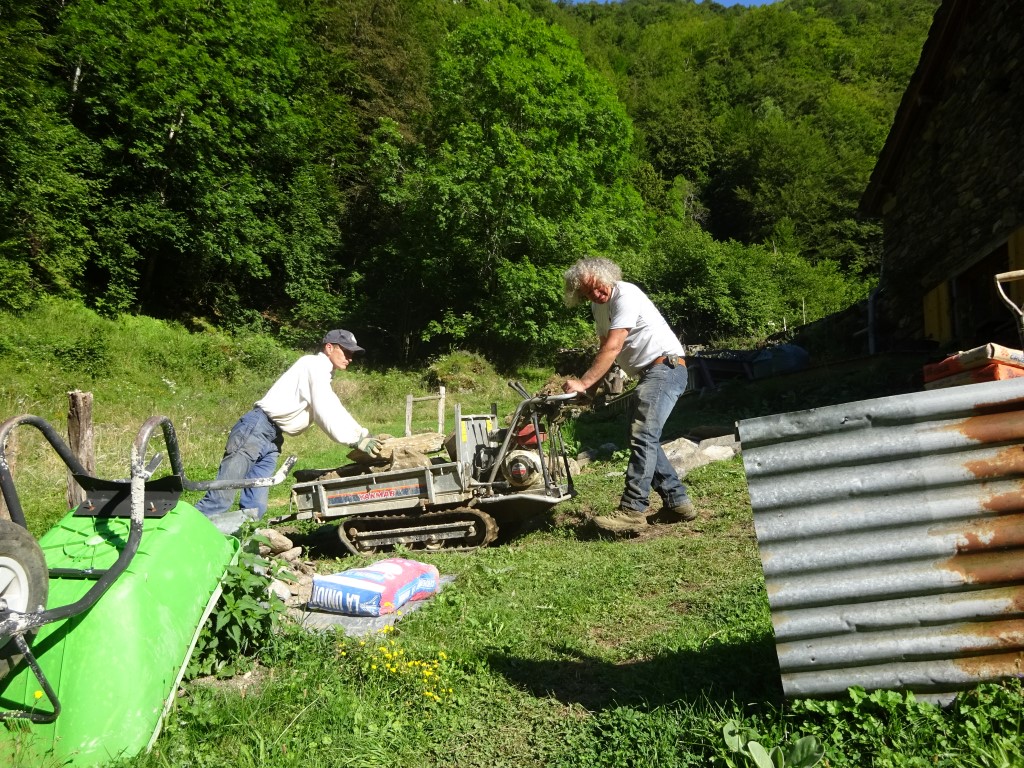 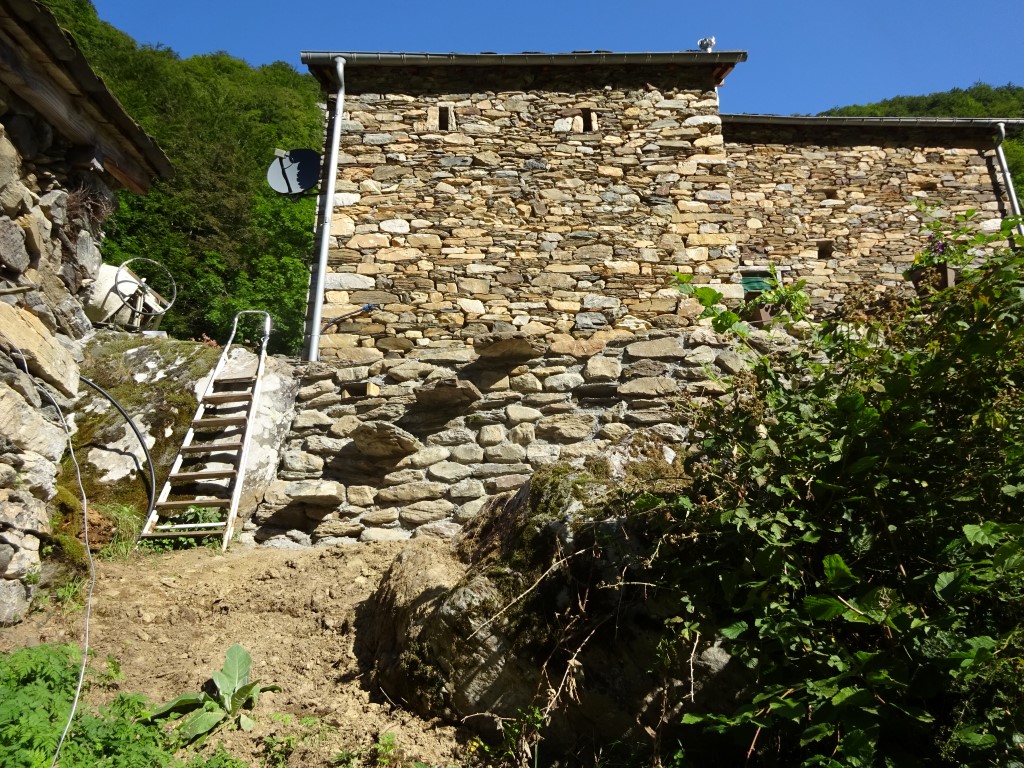 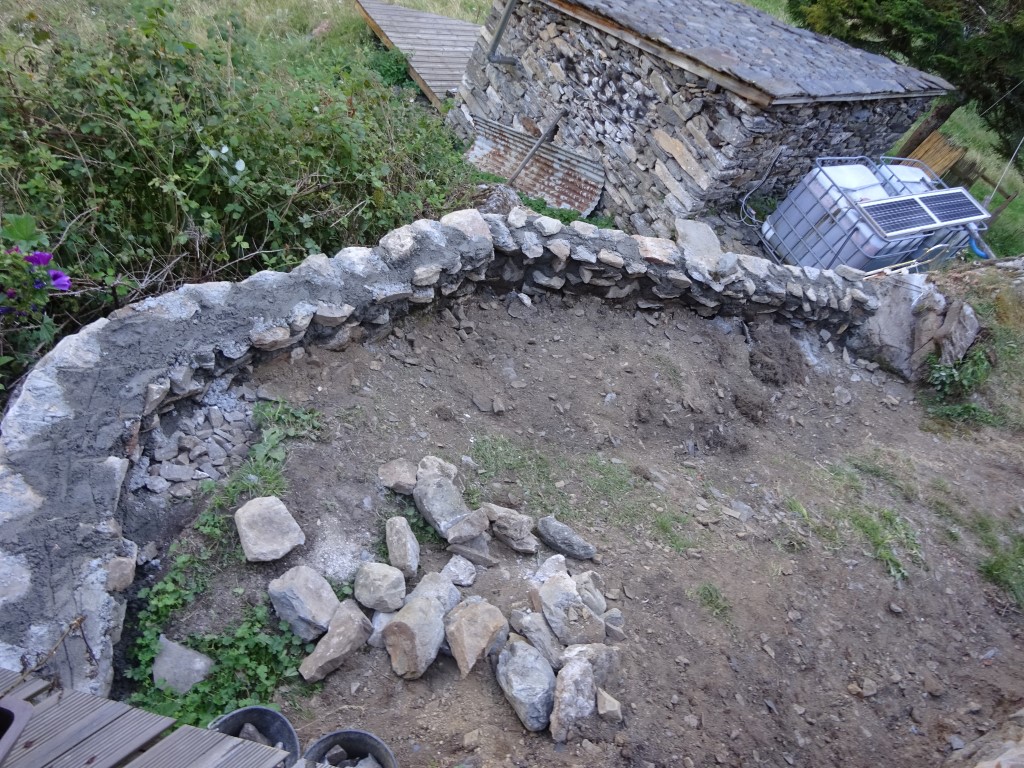 End of day two on the wall