Slight change of plan this week as initial plan was to be away hut to hut walking in Spain but my back went the day before we were due to go so we had to postpone. After 2 fairly painful days light duties could resume again and we had a really fun, productive week getting all the little jobs done which we have been meaning to do for ages. To top this we had glorious sunshine, wall to wall blue skies and no clouds pretty much all week, water butts are close to empty so a slight rain dance going on here too in the hope we don’t have to start the trips to the river to get water!
Scotty sent over a set of curtains which she no longer needed and so they have been installed in the green room . Suspended on an old bit of copper pipe sprayed silver and a couple of old finials which we found in the bottom of a box.

Anyway, lots of painting jobs for me which I could do in the sun at a slow pace. We now have an array of brightly coloured dining chairs rather than some rather drab looking ones! One of the chairs needed covering so we found some material that Al had snaffled from somewhere and I set to with the staple gun. Closest I will get to sewing!!! Anyway, looks great and is the extra bedroom chair we have been meaning to sort for a while.

Al had seen in a magazine something quite fun with letters in latin â€œIn vino verdeâ€ meaning In wine we trust, thought it might be quite fun to have a go and get it up on one of the beams in the guest room. So using up lots of old pieces of wood we cut out the letters, routed them, sanded them, painted them, waxed them and got them up! Quite a lot of work took most of the day but we like it!

Another nice too was to make a blackboard to hang up in the hallway. Again trying to use up some of the wood so we can see the hallway rather than it being a wood pile. Again more chopping, painting and assembling….now in use and on the wall.

Naomi my god daughter gave me a HUGE jigsaw a year ago which we have not done yet as we have not had a table big enough so we set to making a jigsaw board to accommodate this monster of a puzzle! Managed to find 2 large pieces which we hinged together which should fit it on. Now just to do the puzzle!

Managed to get the fruit bushes pruned ready for winter time too plus lots of other little pieces in the garden.

We are slightly over lugging buckets of water up the hill to water the ever expanding veg patch so we have bought some rain water capture vessels for behind the barn so we can hopefully just use that water from now on, once it rains and fills the things up!!! Took a while, fitting, balancing and getting in situ with pipes flowing the right way. If it works well we will probably put another one at the other end at the back to be the water feed for the pantry tap.

Al did a steady stream of 20 buckets a day back filling the wall we have built this year and now it is almost there so just top soil to go on and to grass it. We want to create some beds for flowers there too and get a climbing rose to grow up the front terrace. Trying to get more colour to the place.

On top of that this week has been tidying up the garden a bit, strimming, collecting brambles which are in abundance and enjoying lots of lovely healthy food.

Had a lovely day trip out to see Ian at his new place just the other side of St G, he cooked a yummy lunch for us, and it was nice to relax in the shade and catch up. We caught up with Rene and Anouk on the way back with a few glasses of rose as we had not seen them for ages it felt like. They are in very good form and chilled with the end of the season getting closer now for them. 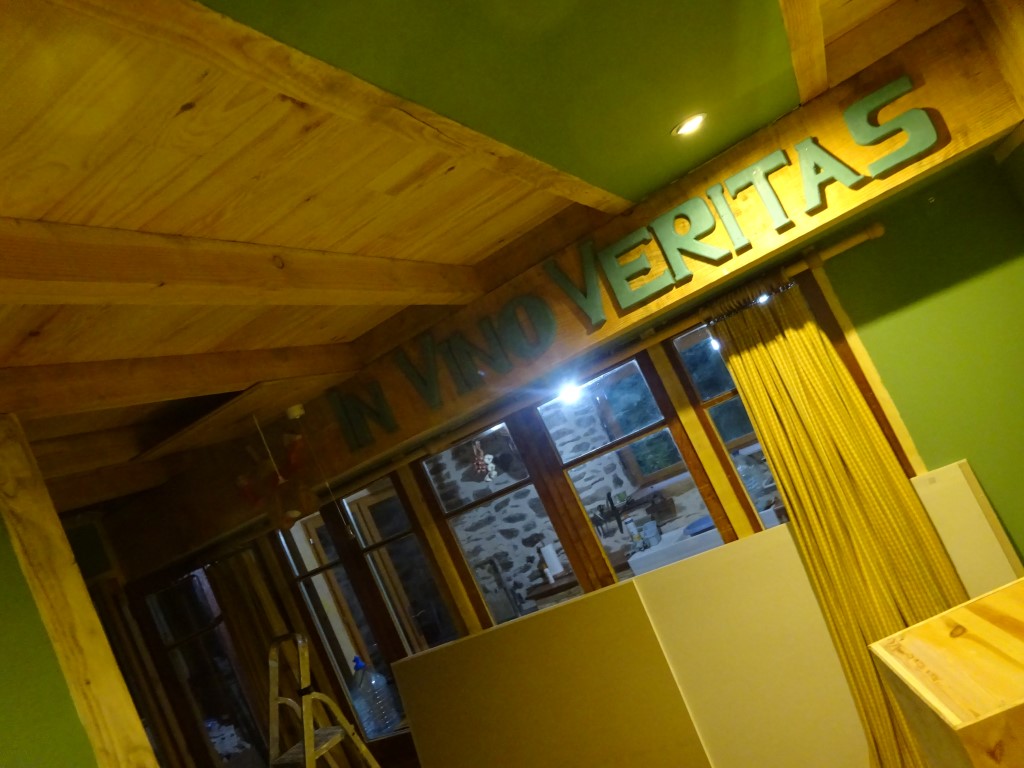 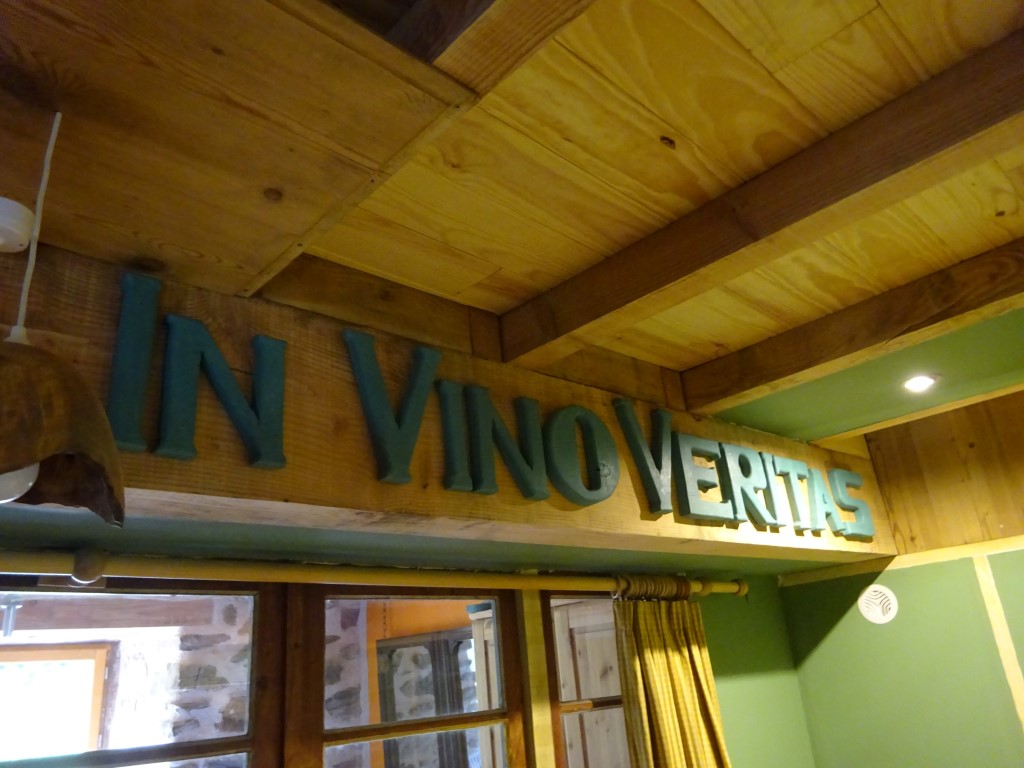 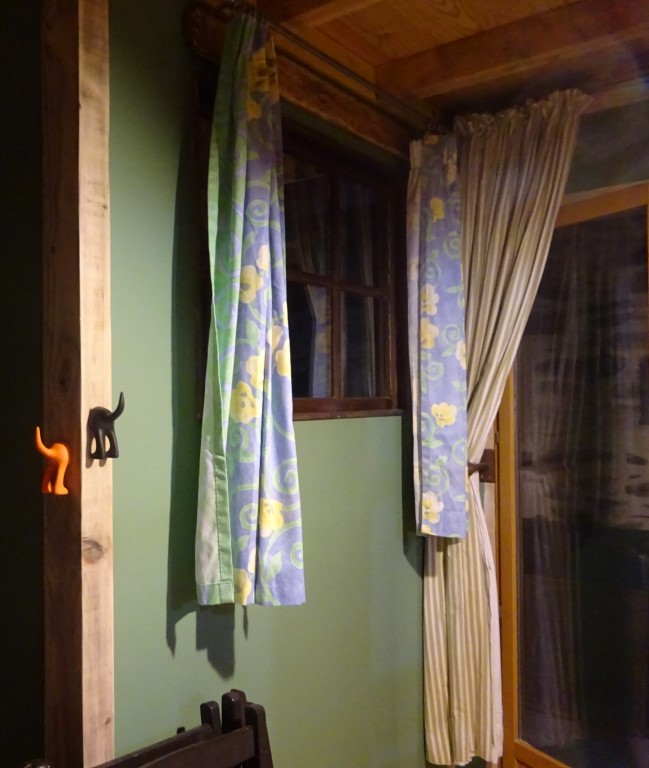 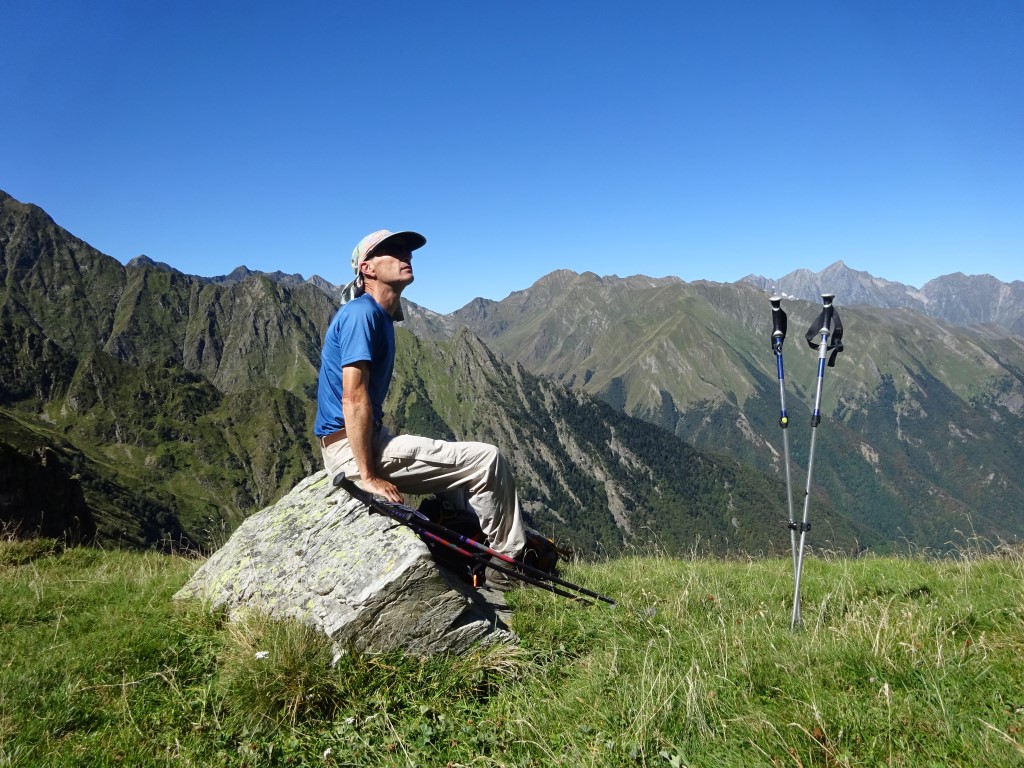 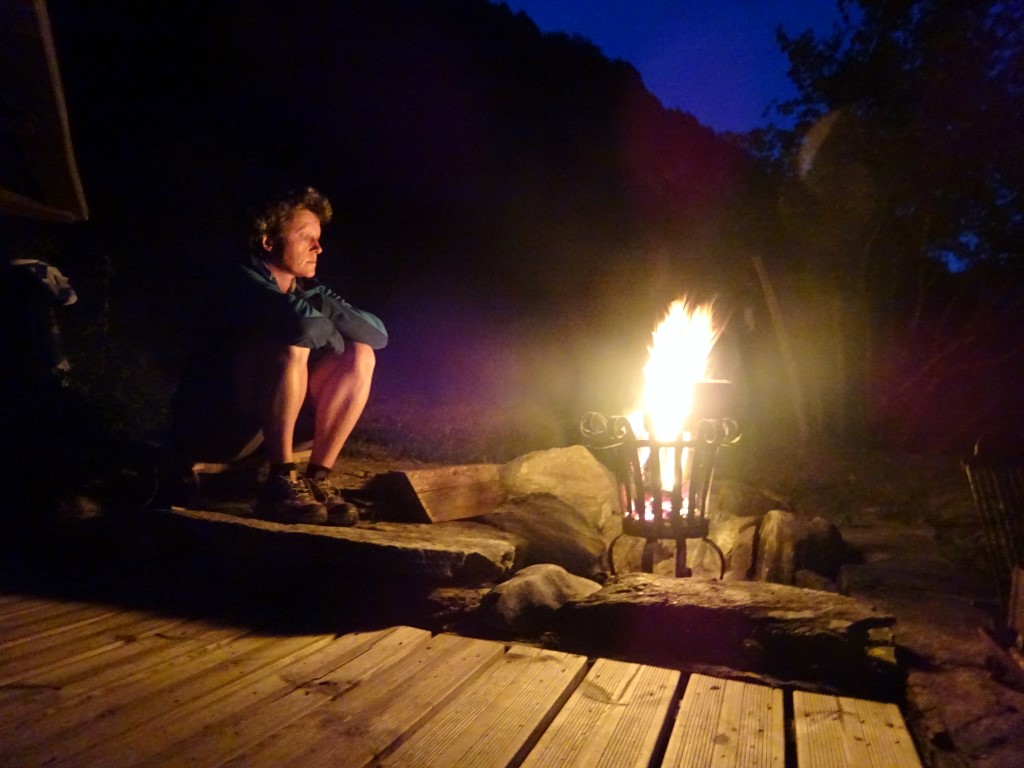 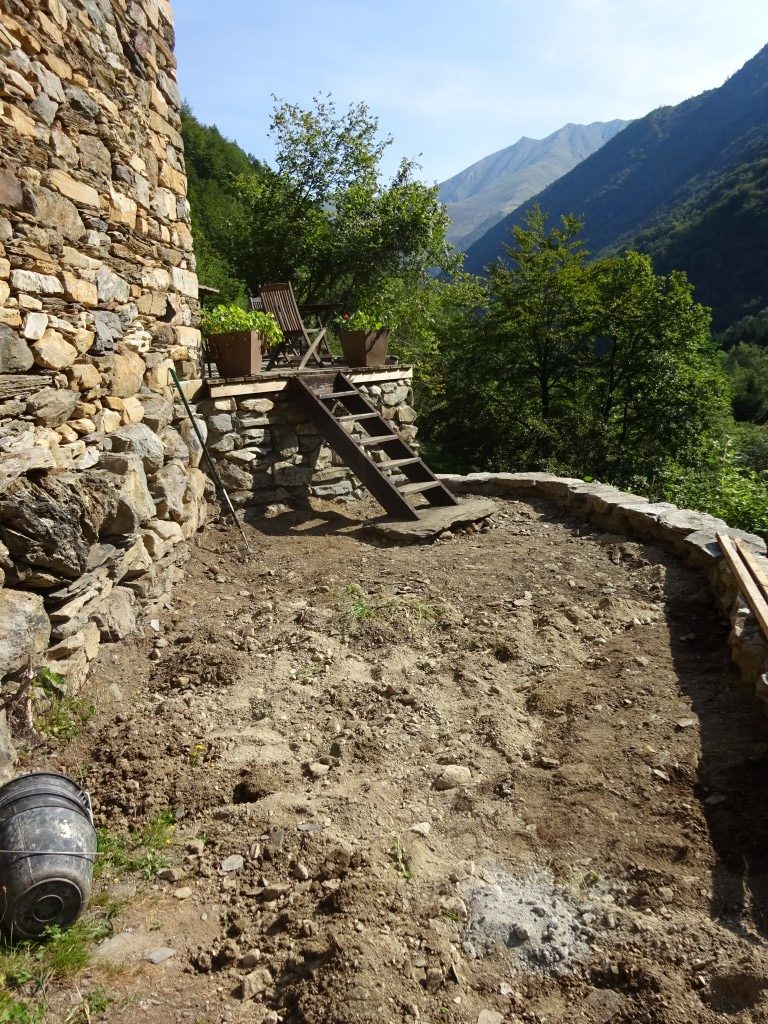 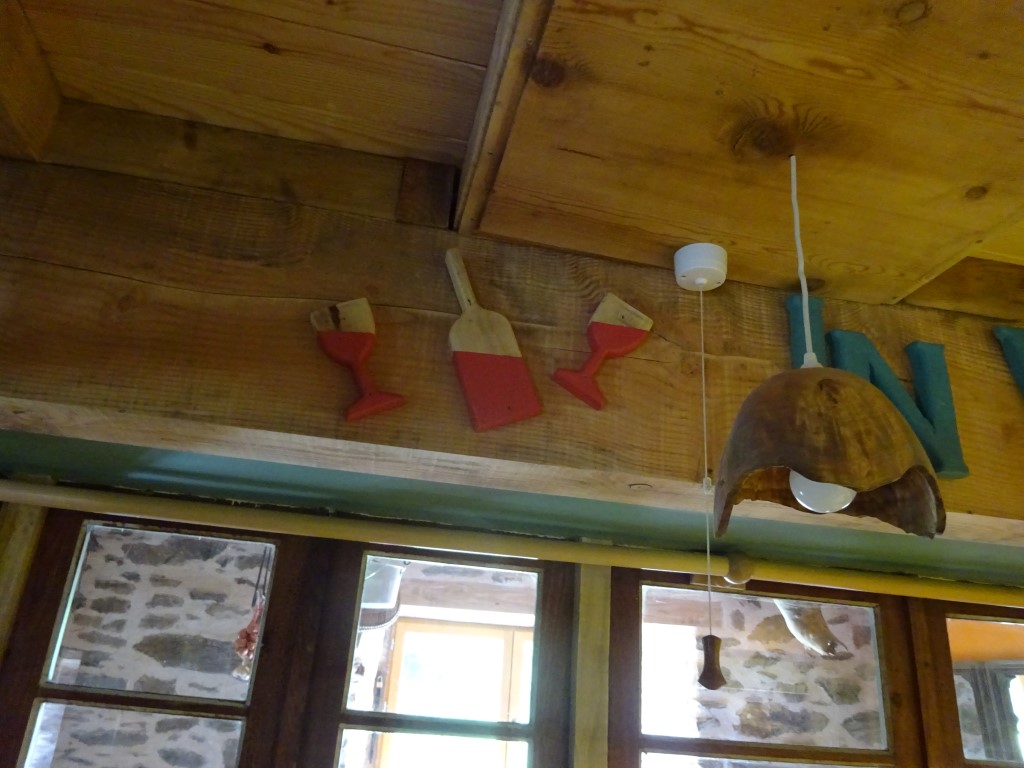 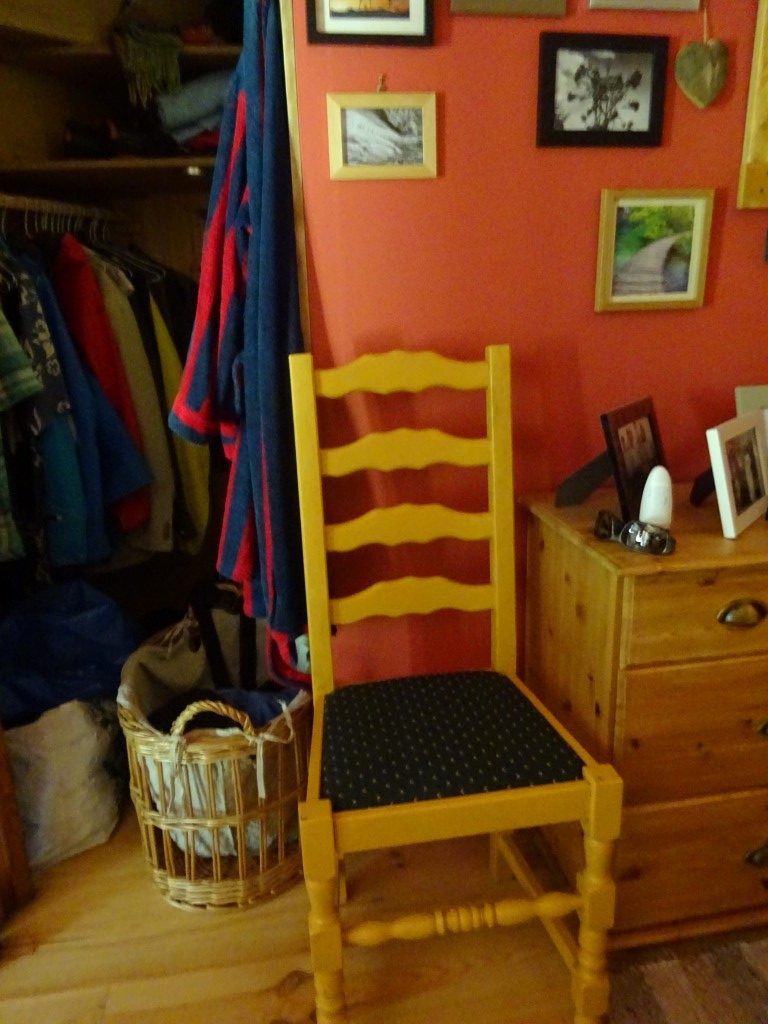