When we woke up you could not see the van from the barn as we were immersed in a bank of cloud. It was not exactly raining but the air was so laden with moisture you see it getting blown about in waves like pollen in the summer. Very early the decision was made to minimise the amount of time outside and make ourselves as comfortable as possible inside. This entailed lighting the Yotul stove at the kitchen end (primarily to check it for leaks), having a bit of a cookfest and catching up on the internet.

Tomato, chilli, and basil soup. Breezy made a yoghurt cake (as per her dialy routine in the winter) with rhubarb and ginger, absolutely fantastic. And we had a go at making polenta.

I managed to get loads of work type computer stuff done off my list and catch up with the blog while Breezy concentrated on Ski Breezy emails etc.

In the afternoon we did manage to get a bit of DIY done. Making and attaching a skirting in the pantry area from old forklift pallets and planning the internal walls around the second porchway.

Later in the afternoon we lit the second fire in the living area as well. 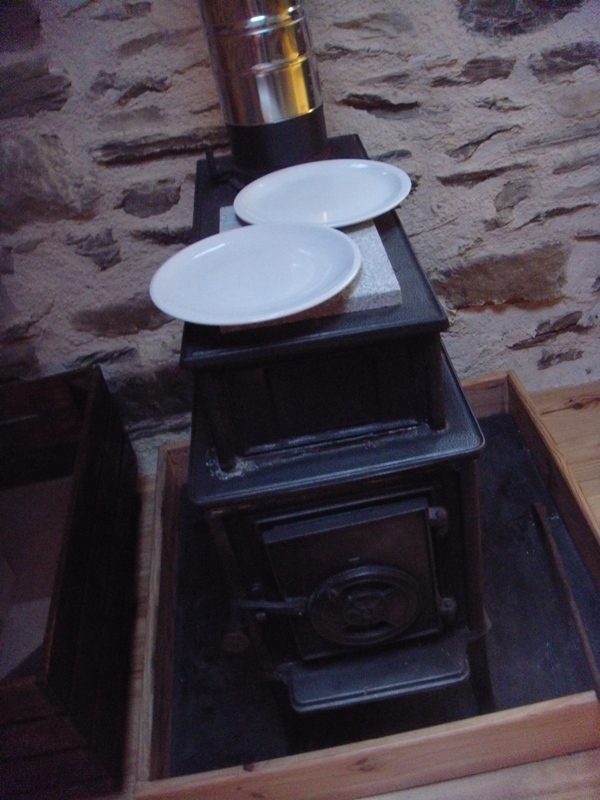 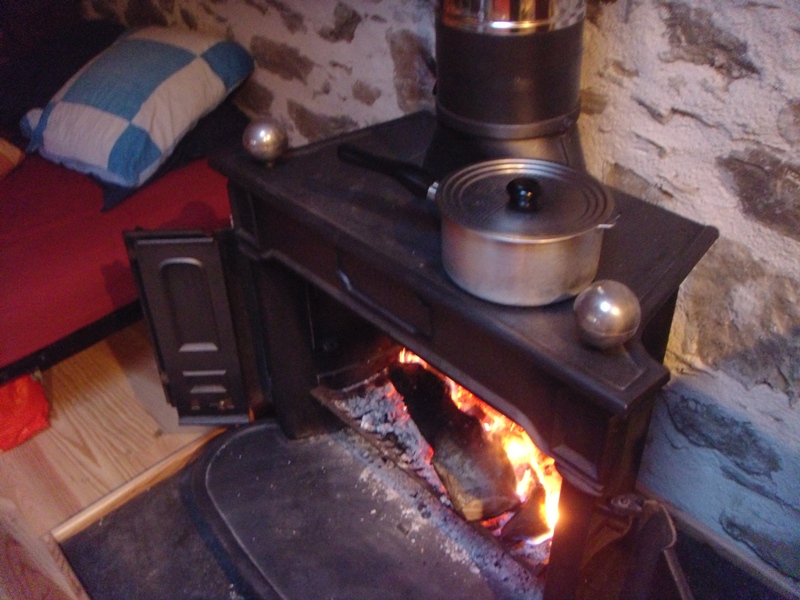 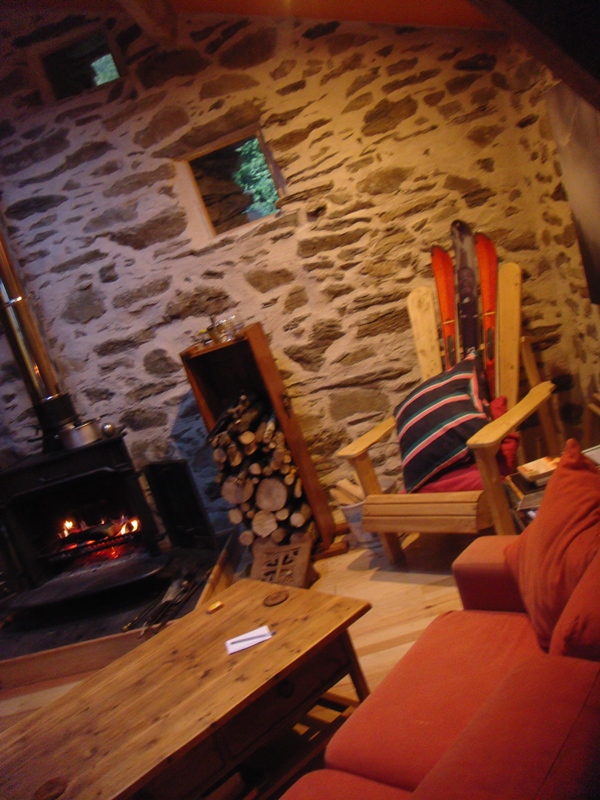 Cosy with the Colonial 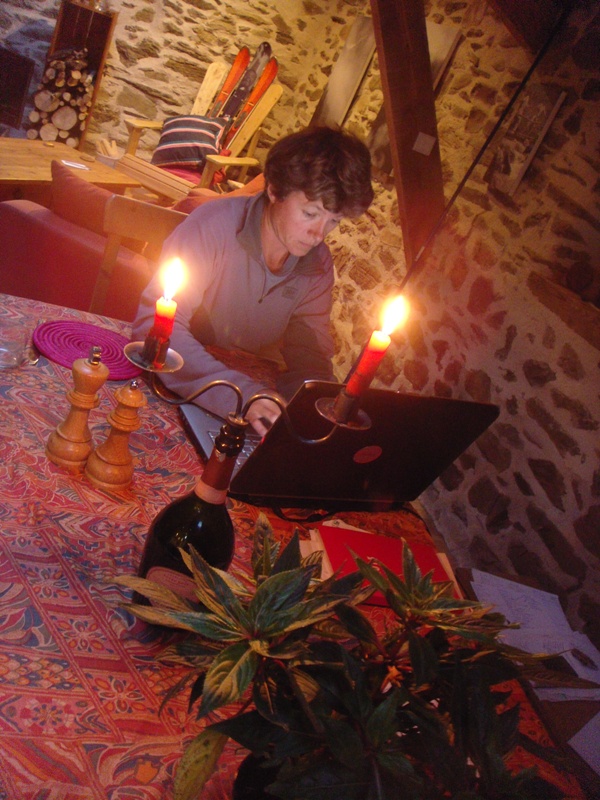 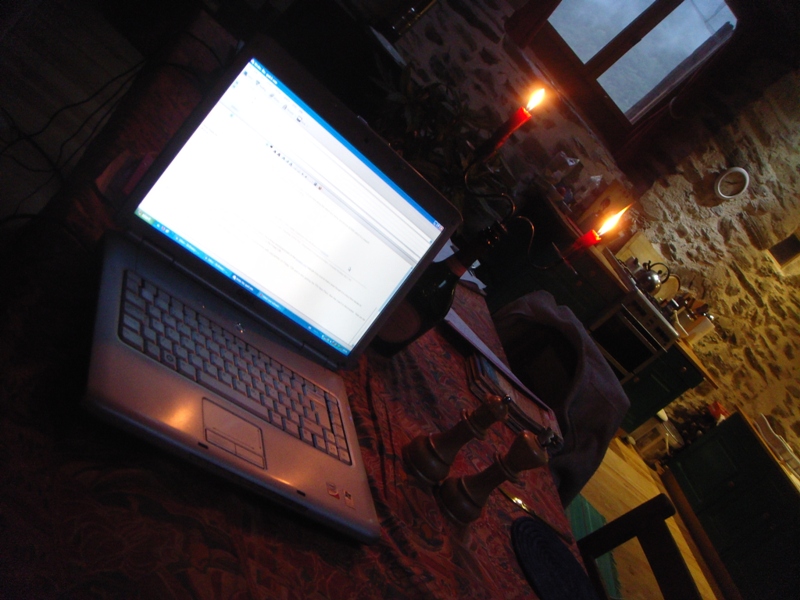 Cherry smoked duck breast (smoker placed in the doorway as it was still foul outside) with polenta and salad for supper. Followed by an episode of “All creatures great and small” before an early bed.