As the weather was much the same we spent the first part of the day on the internet sorting out emails for Ski Breezy and web site stuff for Chamonix in the winter.

At about 11 o’clock Peter turned up from the village for a visit. Having jumped up and down on the new deck to test it we showed him around where we are at with the barn and what the plans are.  It is always a surprise when someone comae along and stares in wonder or says WOW.  We live with the renovations from day to day and only see small changes but someone who sees the place less regularly notices the differences more.

Peter had a lunch meet in the village at noon so took his dog off down the valley just before and we got a couple of little jobs done before lunch. We had bought some glass for the front window of the outhouse so we fitted that. Then sorted out outdoor furniture for the terrace including a new slate table. I say new, actually it is a roofing slate, on a stump, with an off cut of roof joist to keep it stable. It is new to us as we never had one before. 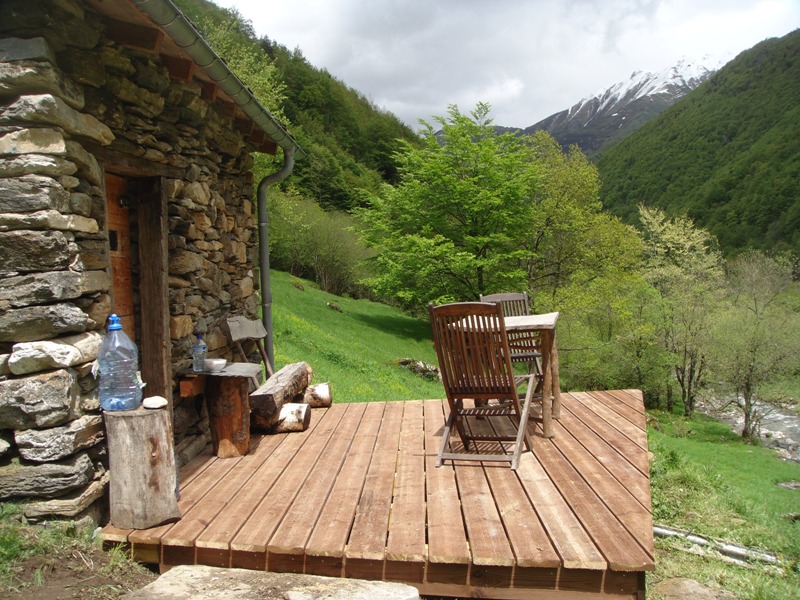 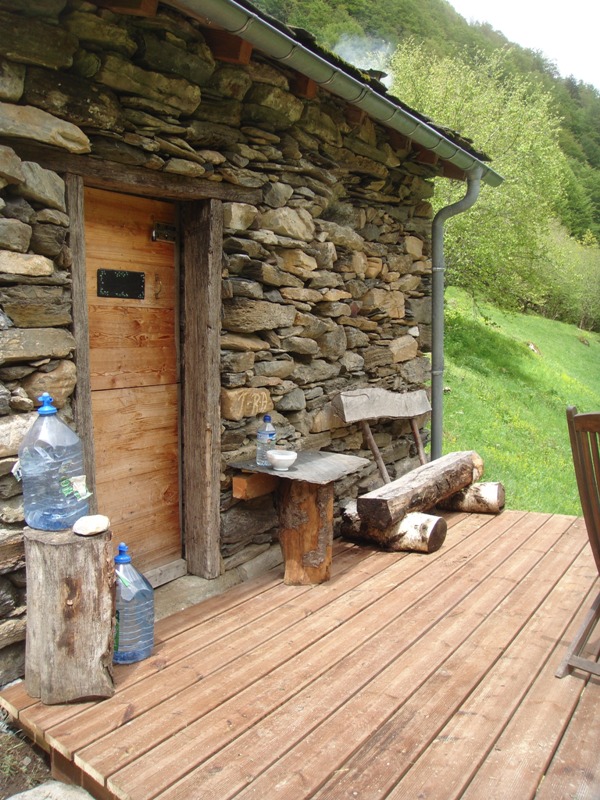 Lunch was fried fish, fresh bread and baked asparagus. Simple but lovely and fittingly warm for the weather.

In the afternoon we spent some time sorting through some of the stuff on the ground floor of the main barn. Peter volunteered some muscle tomorrow to shift the big bits of wood up the back out the way for flooring. 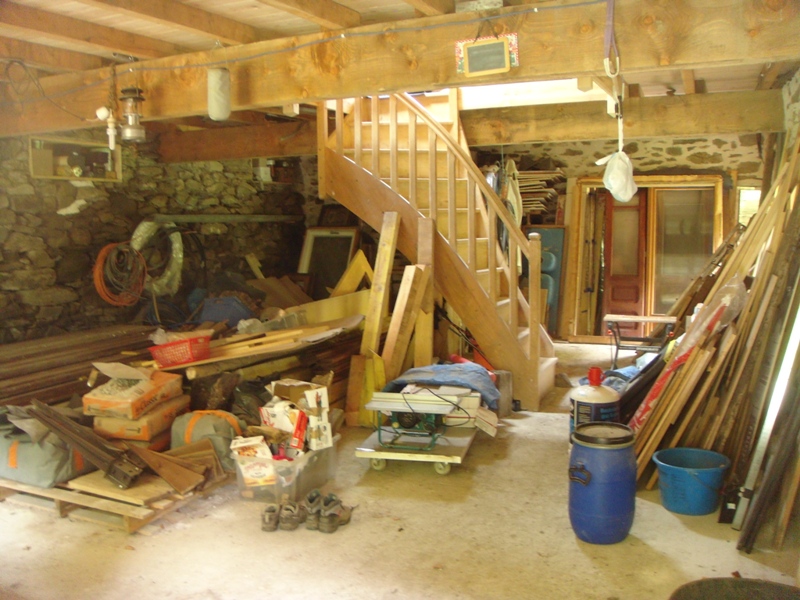 As the weather eased we unloaded some of the materials from the van which included some lettuce plugs. They went straight into the raised beds and the mange tout frame got restrung with garden chord.

Before showers we made up a picture frame for a poster of Chamonix. My father made the frame for us in the UK and we bought the glass in St Girons so it was just a case of putting it together.

Showers then off to the Baker clan for supper.