After a couple of days of being inside a cloud at the barn we have a couple of small projects completed indoors.

The largest was to replace the bathroom sink. This is best shown with a before and after shot. 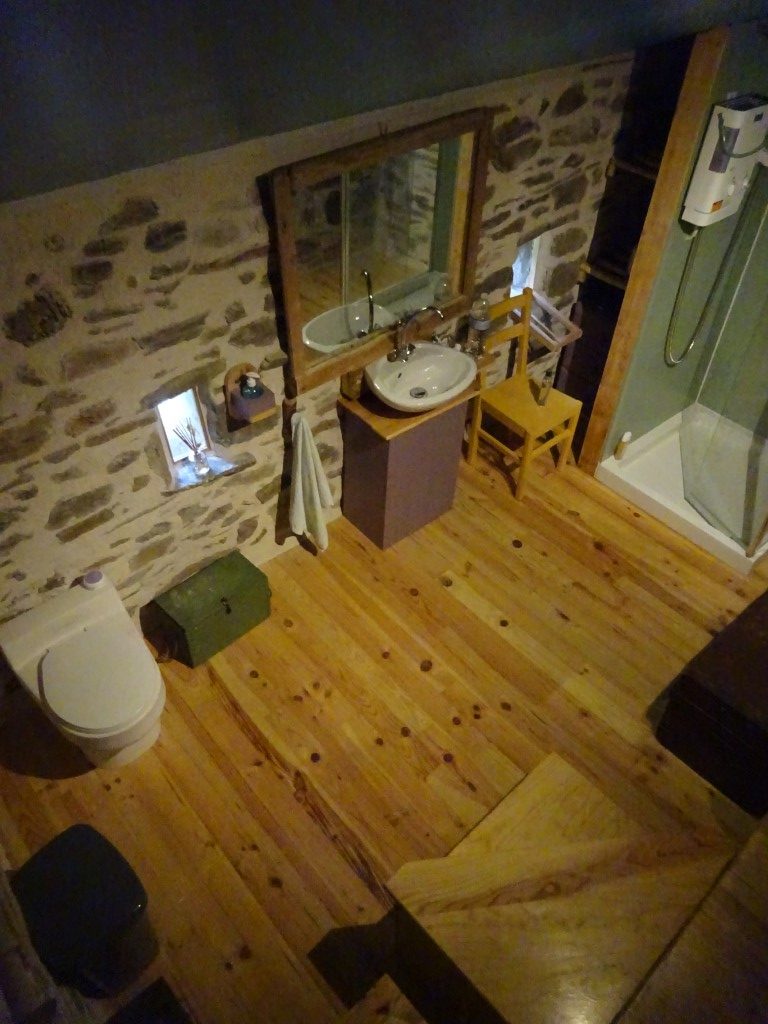 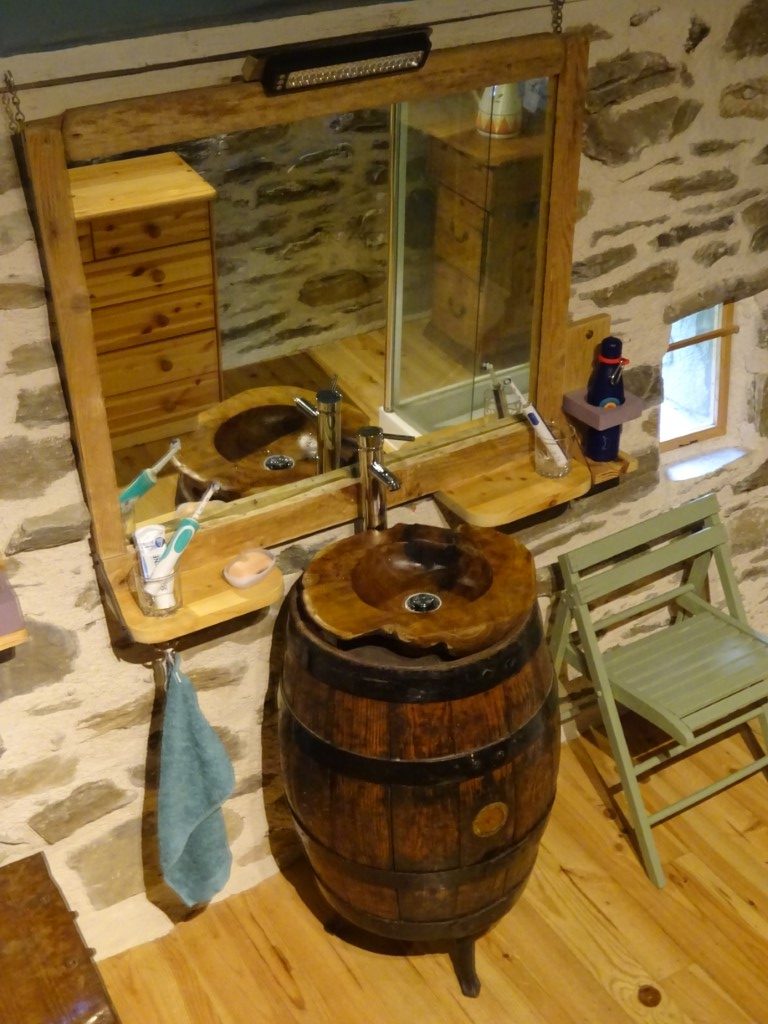 Thanks to: Debbie White for the barrel and Dave R for transporting it to Yorkshire, an old Jotul stove for the 3 legs and Yvonne in Cham for the two dods of wood used for the shelves either side of the mirror.

Then there was the new lamp. Thanks to: the kind person in Chamonix who left the broken manikin beside the poubelle, the person who threw out the broken touch base lamp, Breezy’s Father who did not like the lamp shade, an old leather belt, an old cable and plug from a skip and the person who broke their avalanche probe which provided the cable hole top to bottom. 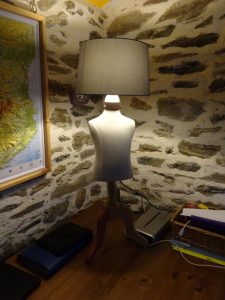