A grey day as we set off from Col de la Pause but that burnt off as we climbed to Etang D’Areau.Â  We tried to find a path behind the refuge to contour around to the Col above Cabane D’Aula.Â  In this respect we were wholely unsuccessful.Â  We found a path that headed in the general direction (probably made by sheep), this then diverged into many smaller paths as each sheep chose their own way. After battling tussocks, thistles and nettles we gained the col and headed up the ridge up to Tuc des Fourmiguet and down to join the GR10.

This we took down to Cabane D’Aula for lunch and to admire the horses, then back up to the col via a well marked path. More new flowers and half a dozen isard between the cabane and the col. From the Col we followed the marked path back down to the first shepherd’s hut just off the 4×4 track and back to the van at Col de la Pause. 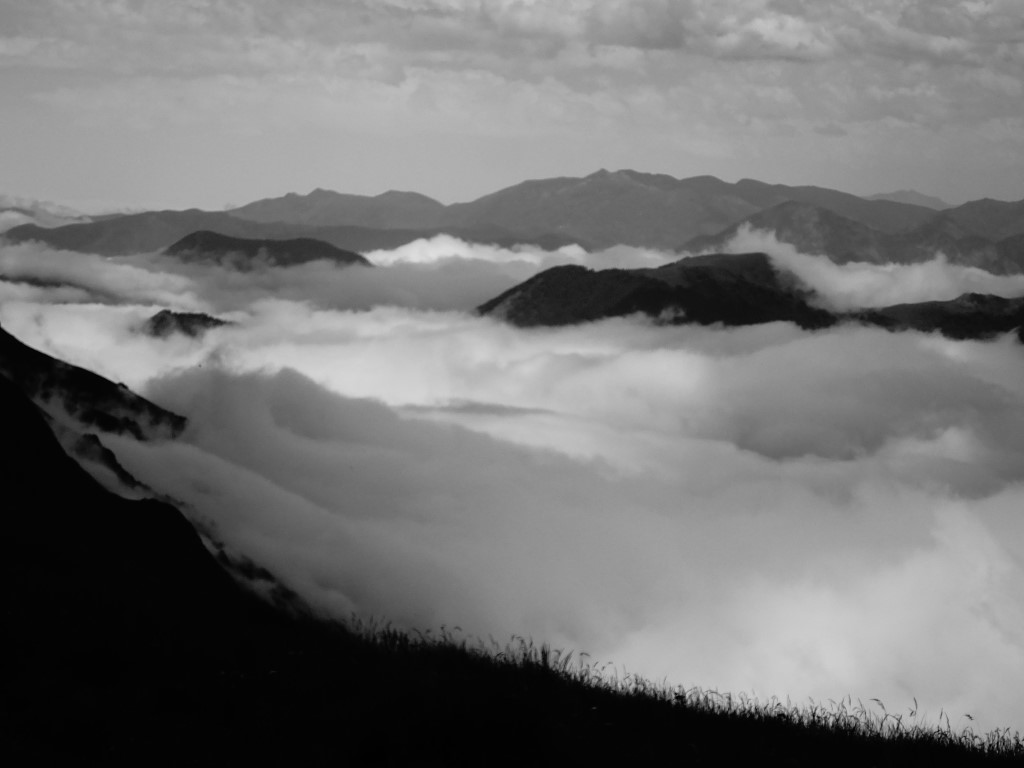 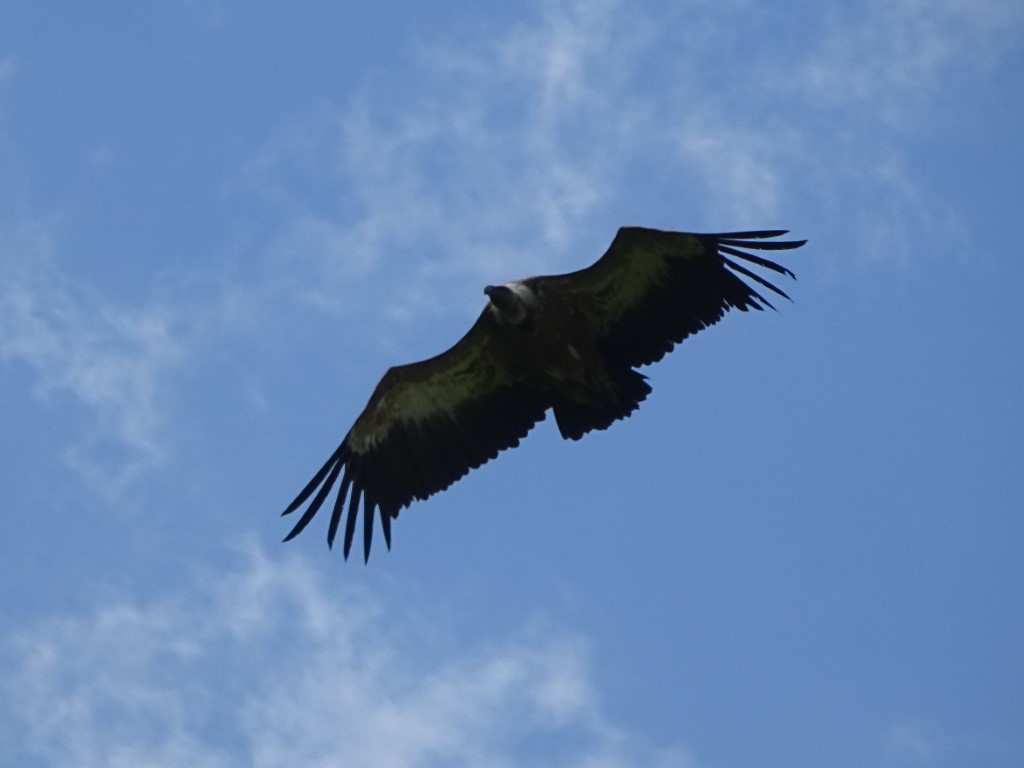 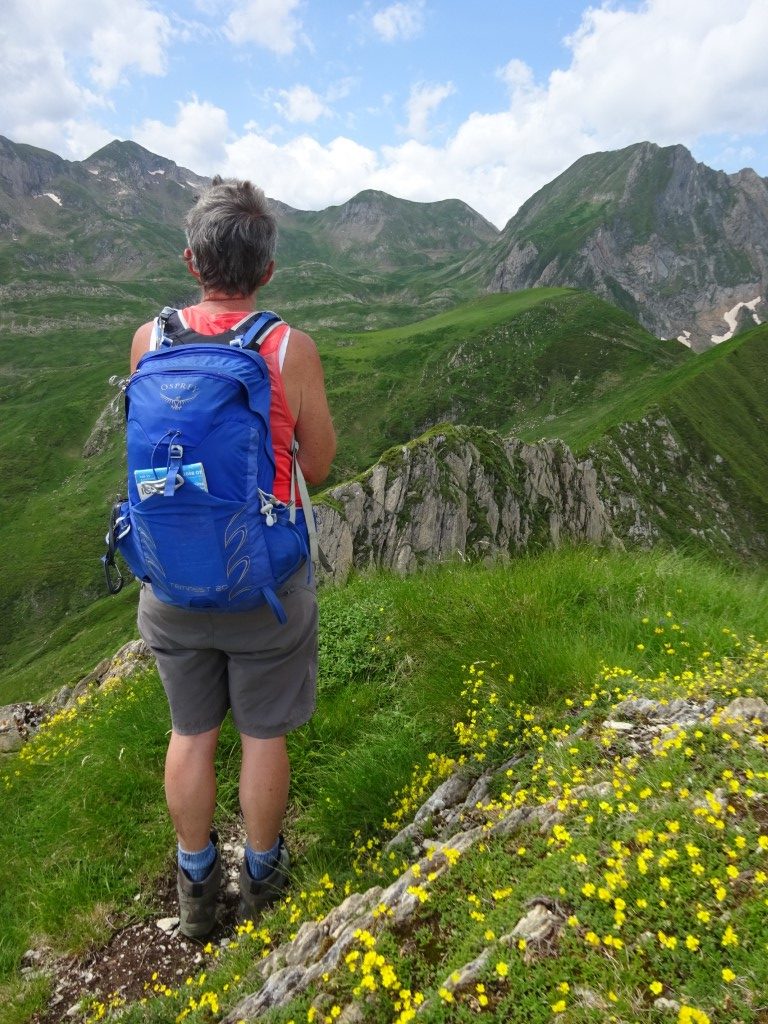 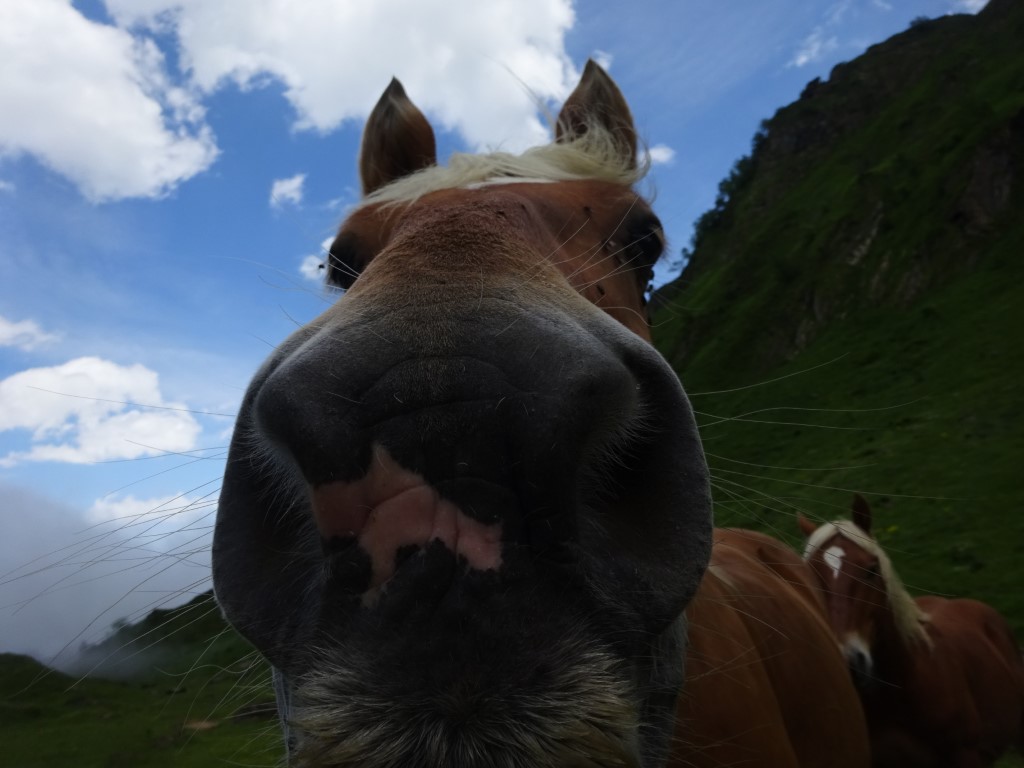 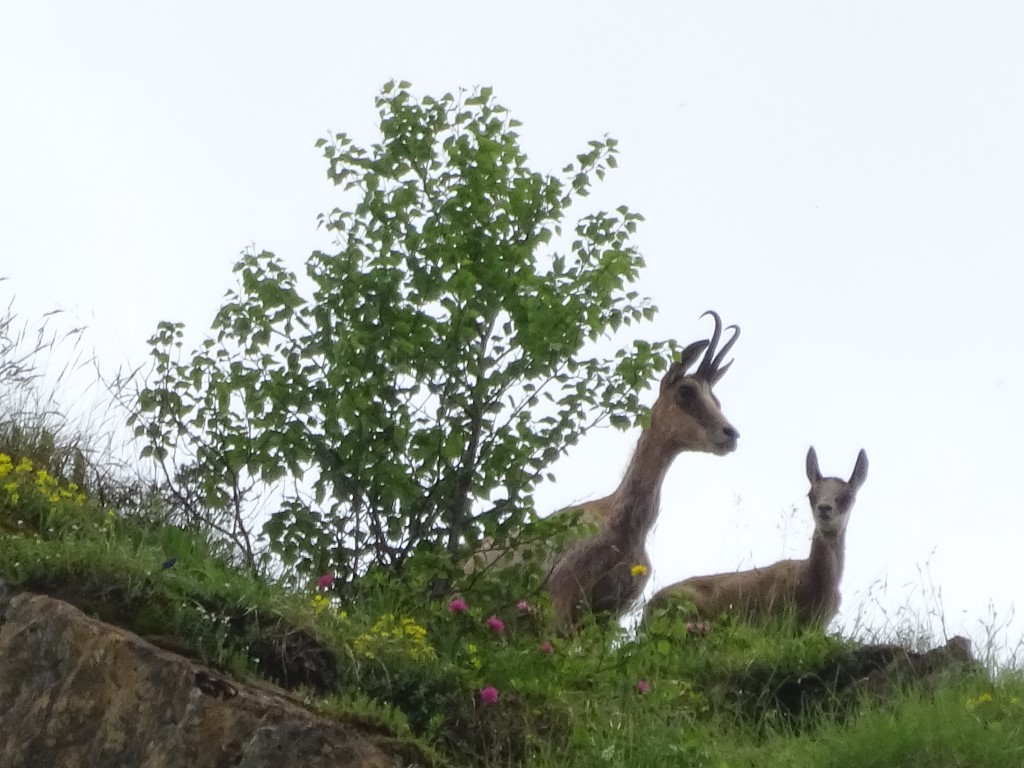 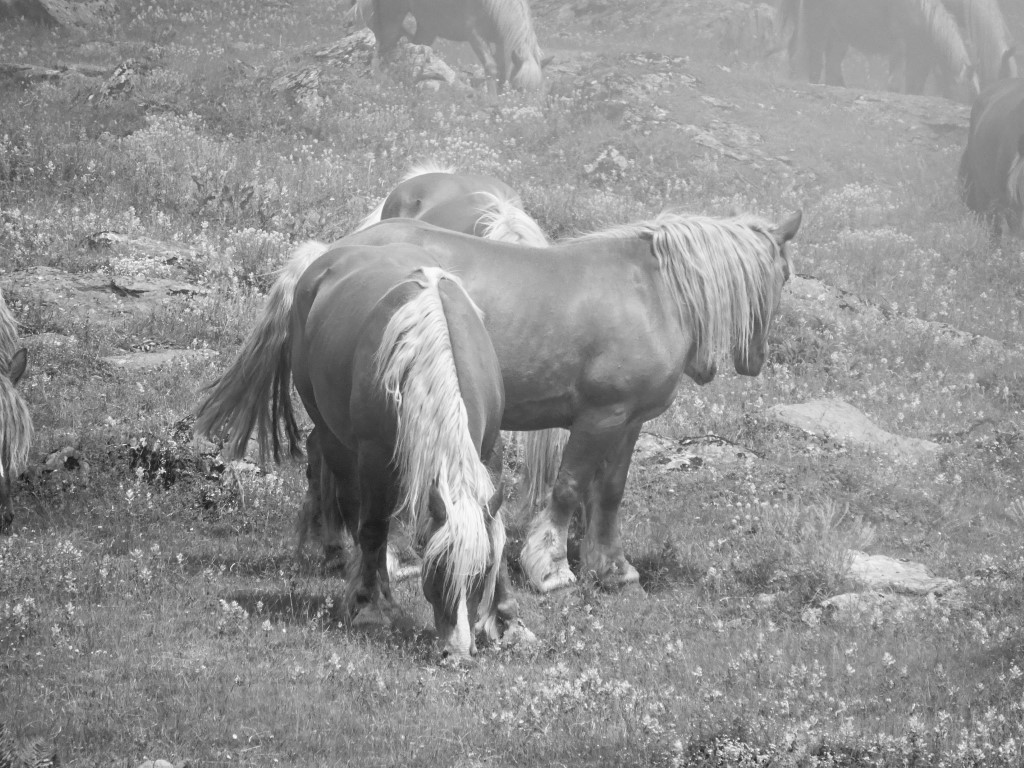 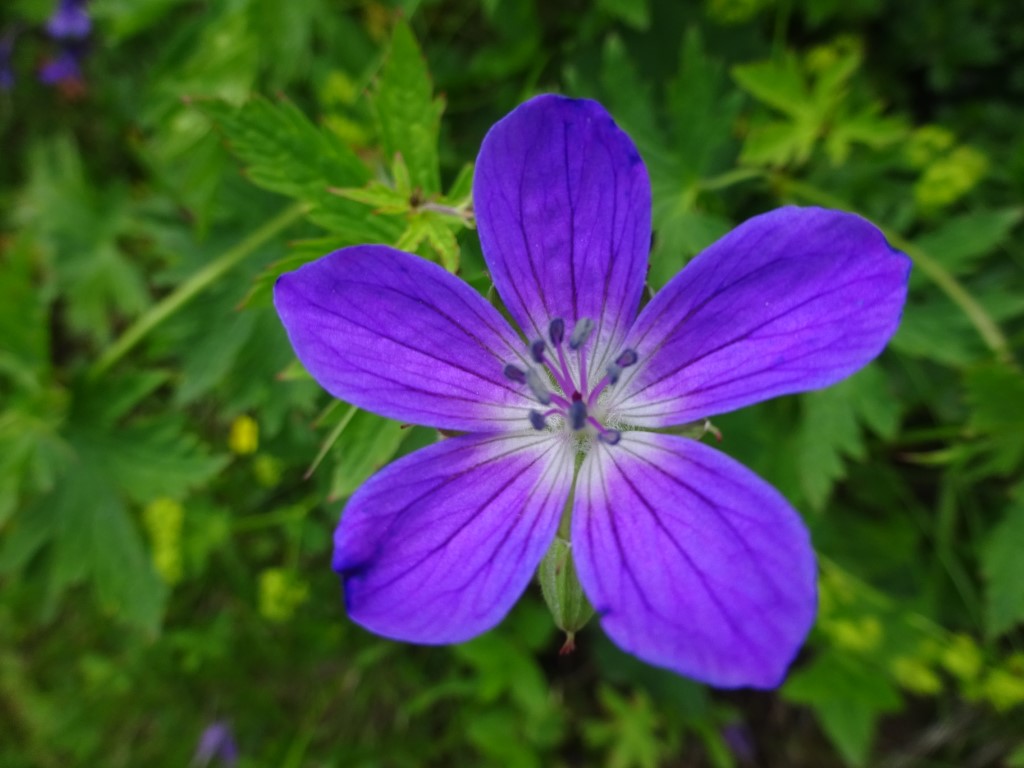 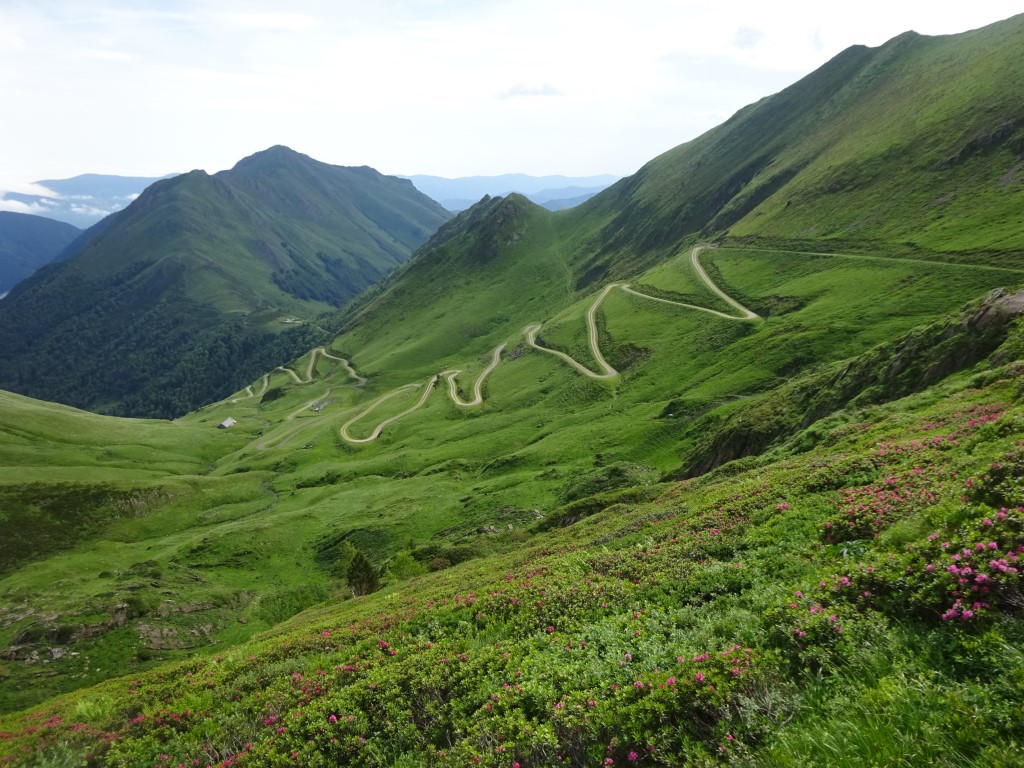 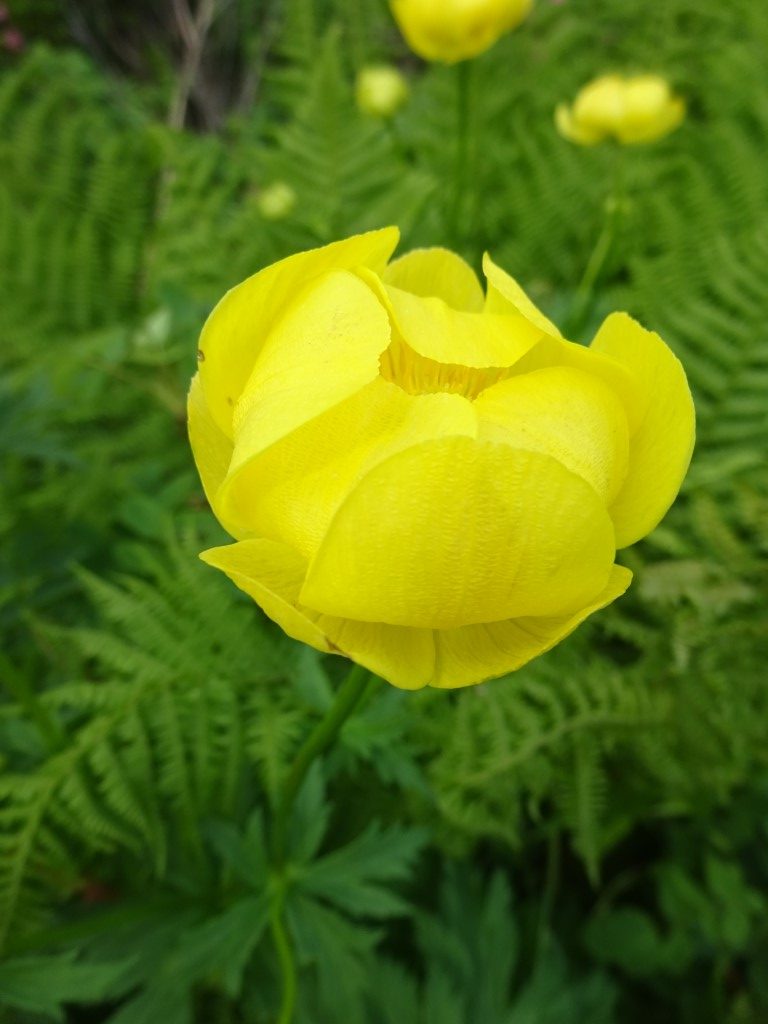 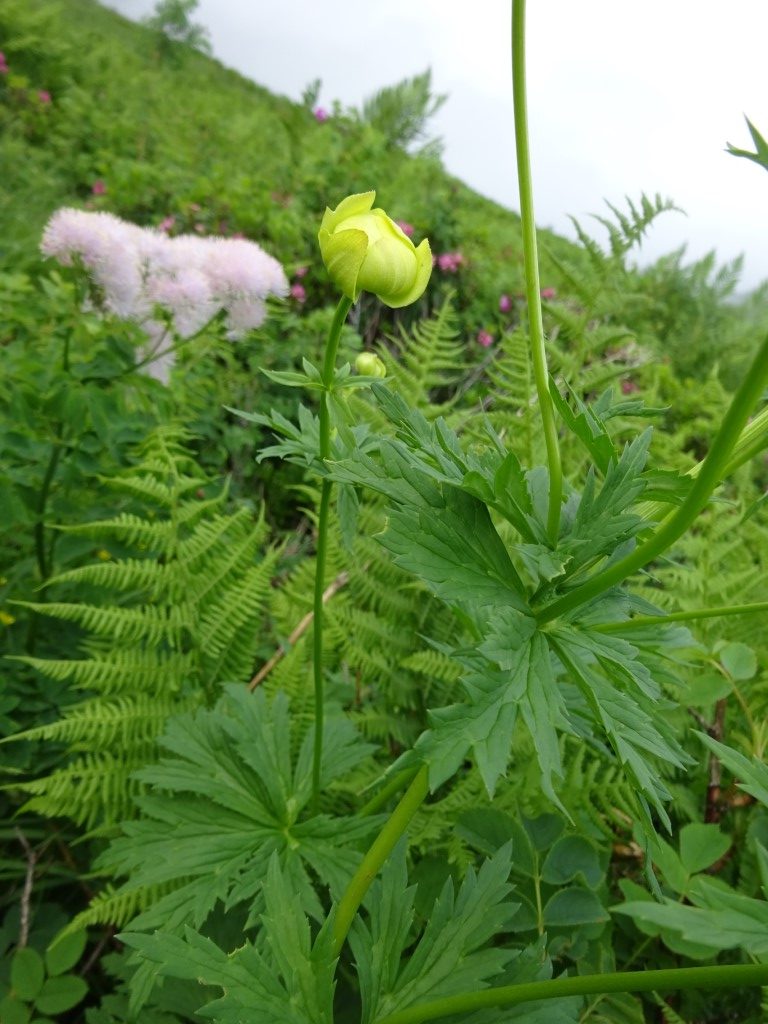 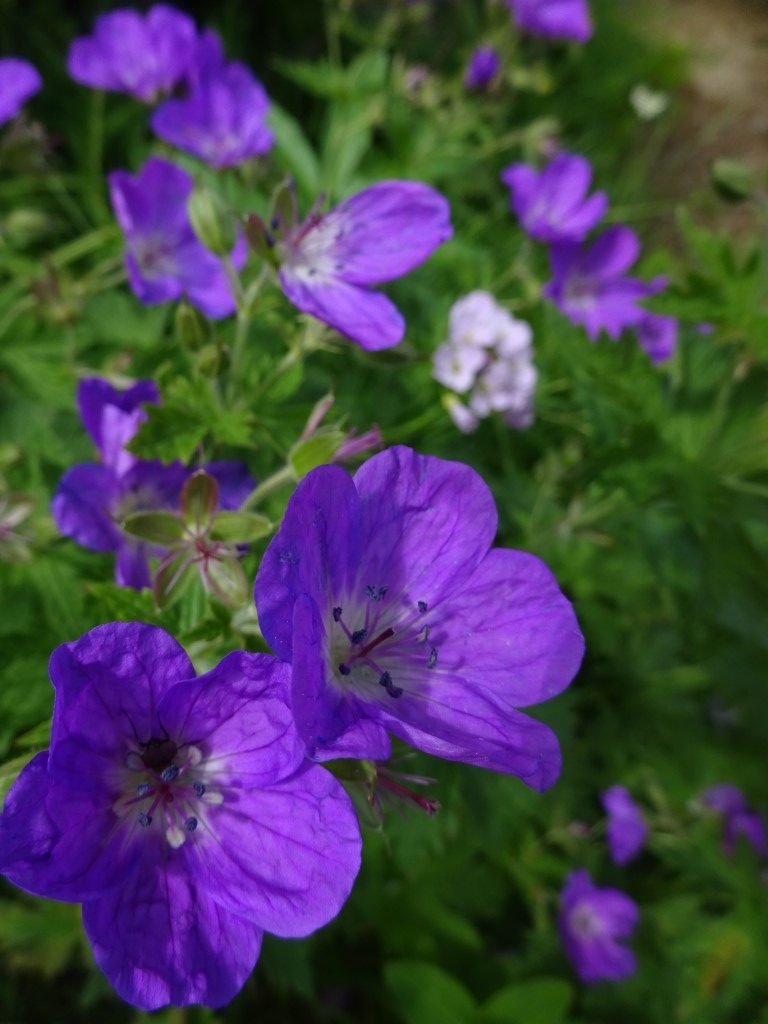 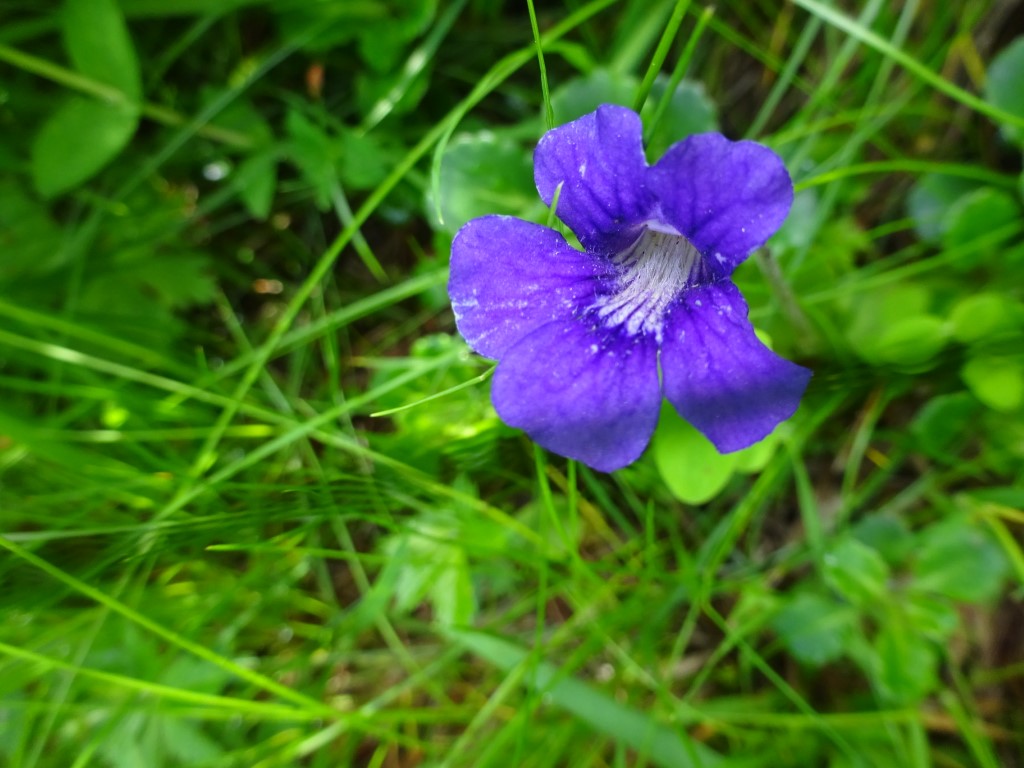 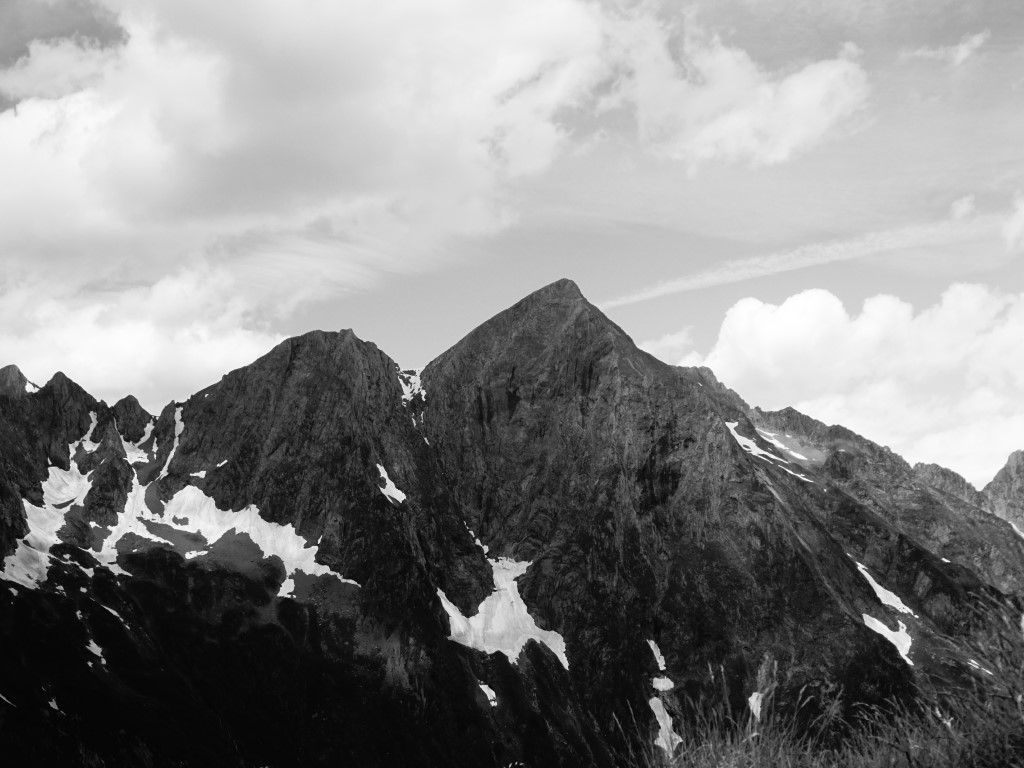 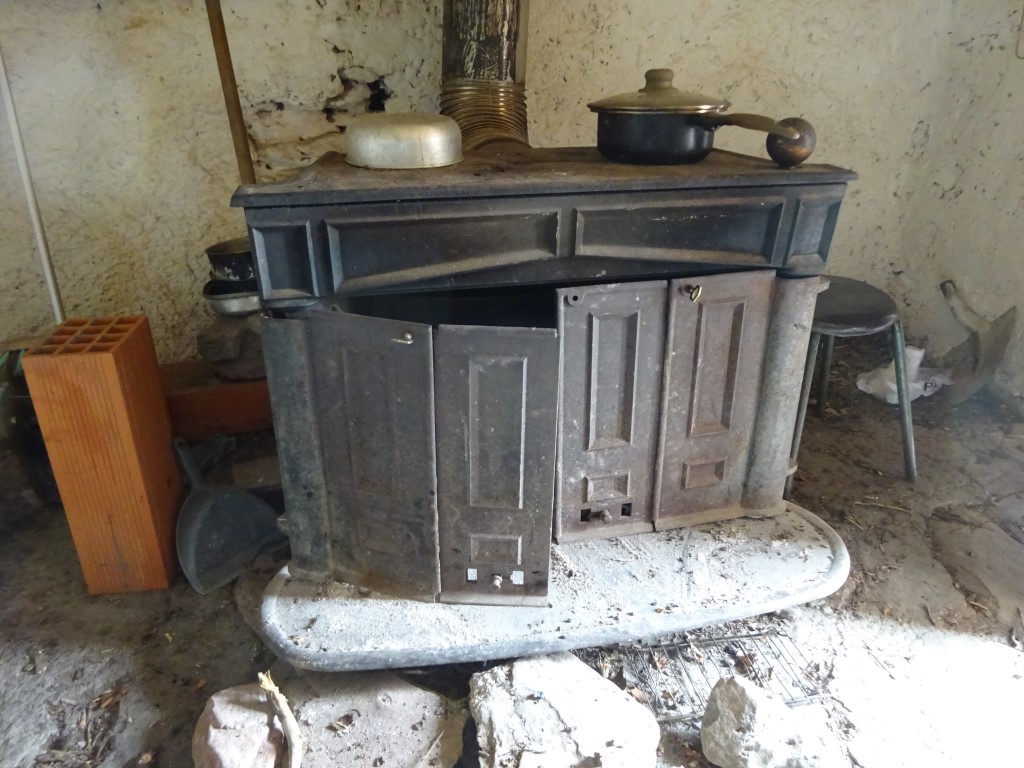 Godin Colonial in worse state than ours 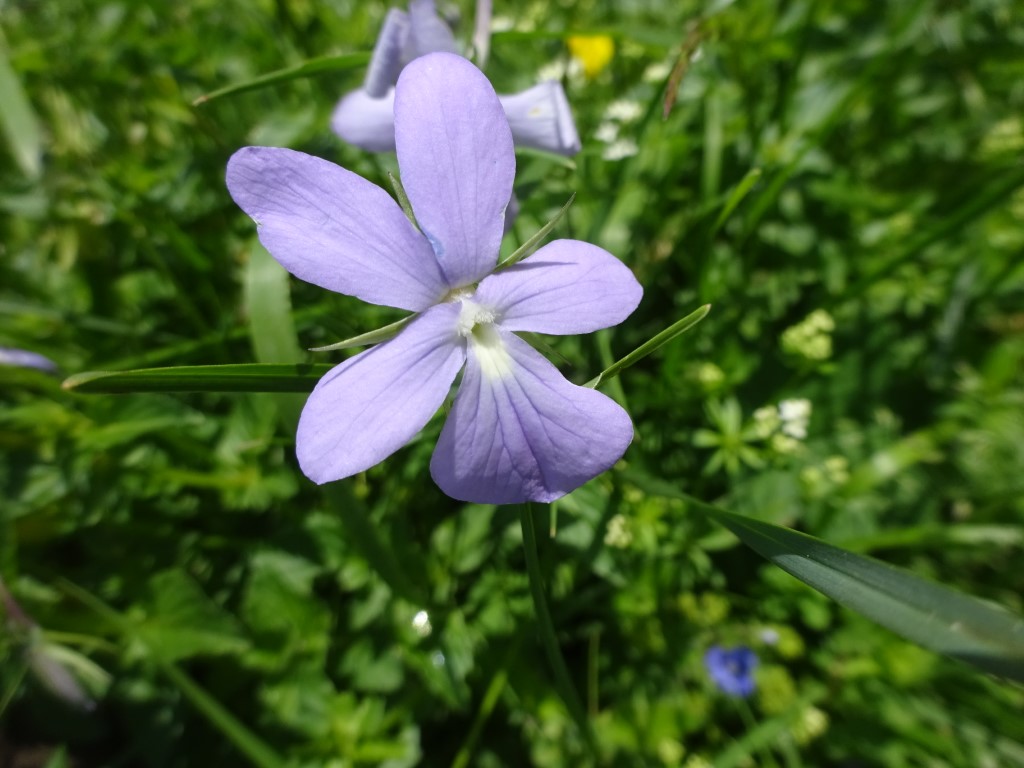 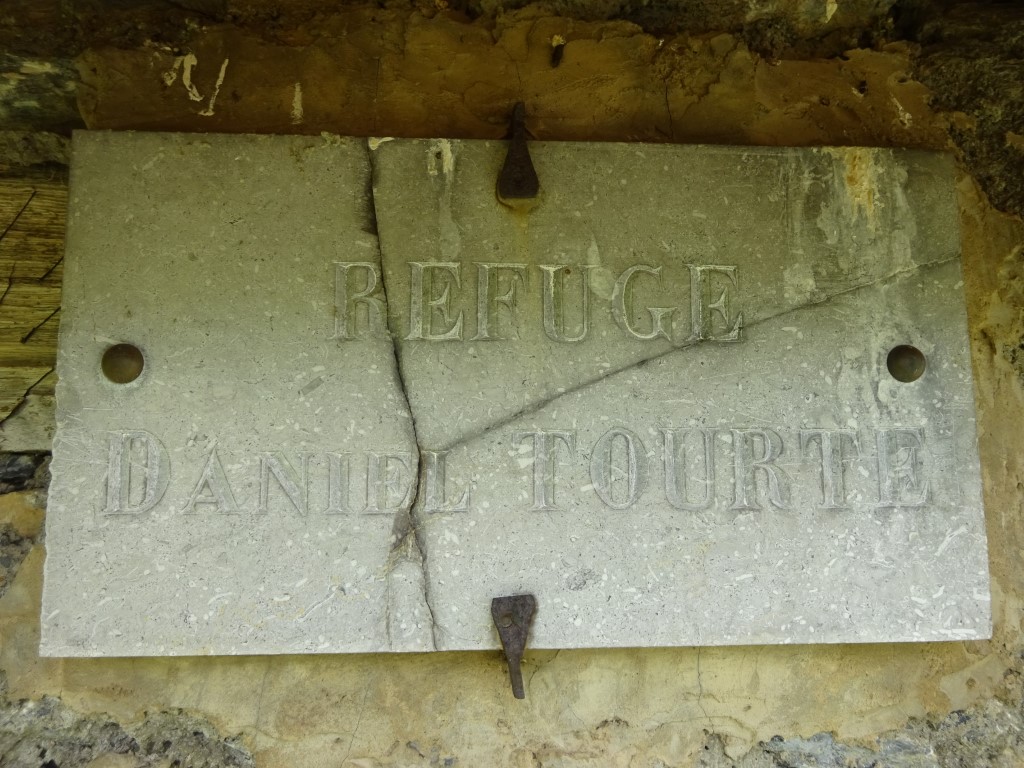 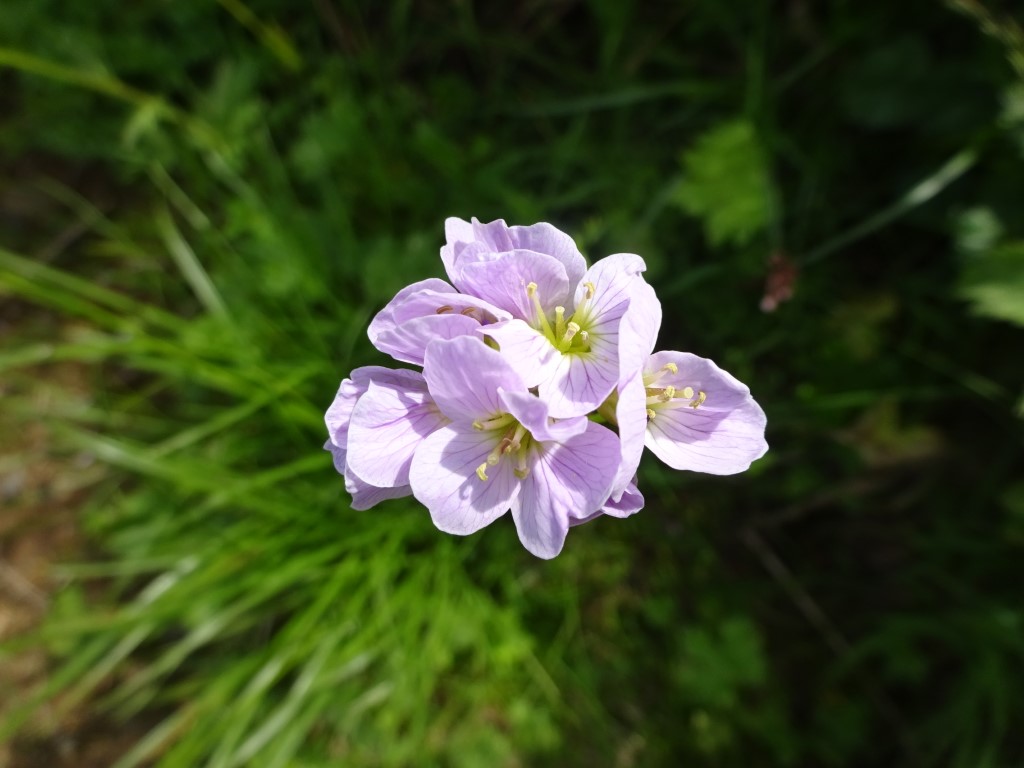 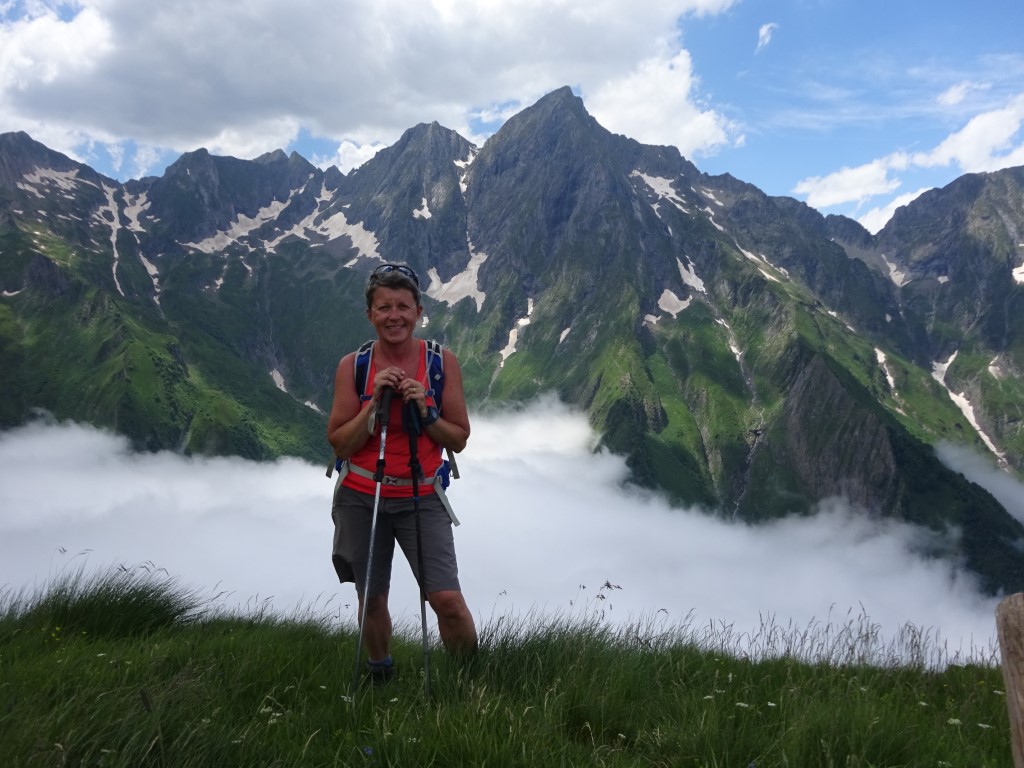