As is the custom, we plan to get away for my birthday in the hills. This being a big birthday we really wanted to get out and explore. Plan A and Plan B failed due to refuges being closed or full so Plan C it was….

We headed west from the barn about 3 hours drive west to a new area of the Pyrenees we had never been to before based around Pic du Midi D’Ossau which is a fabulous looking peak with lots of rock climbing routes to get to the summit plus a slightly technical scramble route too.

We totally lucked out with the weather wall to wall blue and I think we saw one cloud in 3 days, with temperatures around 27 and no wind we were in luck for the adventures.

First day was a gorgeous walk via several lakes up to the most stunning Refuge D’Ayous situation wise we have stayed in with the backdrop of the Pic du Midi at it’s best. We dumped heavy kit at the refuge and trundled up to a small peak that afternoon Pic D’Ayous, back in time for a very quick dip and then a good night in the refuge. This refuge was run by 4 great women and they had created a great atmosphere. Well worth a visit for anyone in the area.

Sunrise over the Pic was stunning and off we headed. We had wanted to do the ridge but after speaking to the guardian plans changed. She said all the rock was loose and not advisable at all. So we headed off to climb Pic des Moins via some more very pretty lake and an easy scramble to the summit with great views into Spain. From the summit we could see why the guardian had said the ridge was not a goer!!!! We then continued on with the loop around the Midi taking in another Peak en route Pic de Peyreget before descending to the Refuge Pombie. Had time for a very quick dip in one of the lakes on the descent before getting to the refuge. As we approached I saw a basic army style tent and said jokingly to Al better hope we are not in that!!!! and guess what we were. With the gorgeous weather it also meant clear, starry and freezing nights. Sharing with 14 others and a bad snorer was far from ideal! Anyhow that is the end of the 40’s and so begins the 50’s!!!!

We got a little info from the guardian on the scramble/climb to the Midi via the voie normale and headed off with helmets, harnesses and rope. There are 3 technical parts, the first we missed altogether and found another way up which was definitely climbing so the rope came out. Big packs, big boots twas interesting! Back on route and then some great scrambling in the next 2 chimney sections. Quite a bit of loose rock so very glad of the helmets. 2 hours of scrambling up to the summit and fantastic views. What a brilliant way to spend my birthday with my hubby.

Steady descent but quite long back to the van and then back to the barn for bubbles, pressies, cards, prawns and cheeses perfecto!

We do appreciate how lucky we are to spend most of the summer in such a spectacular and unspoilt part of the world, still so much more of the Pyrenees to explore….. 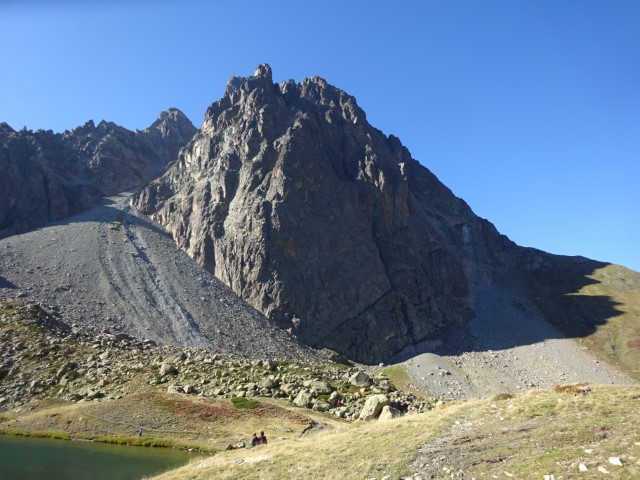 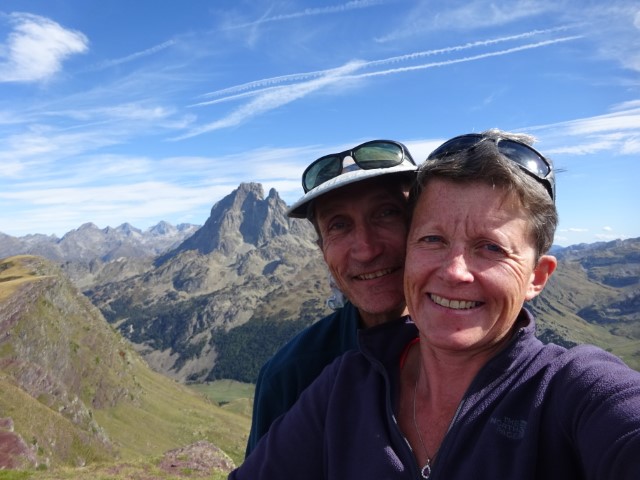 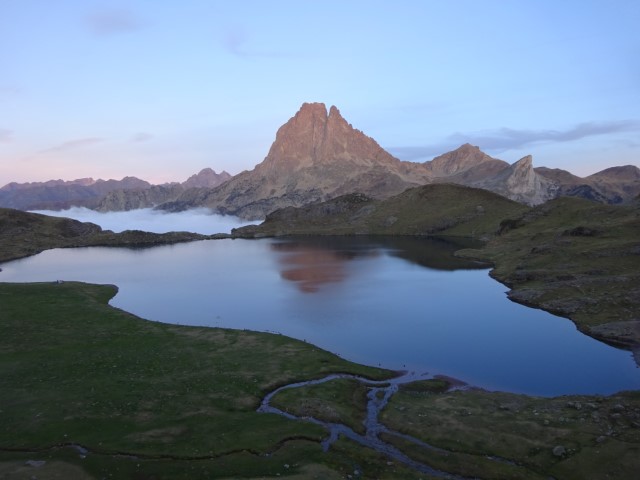 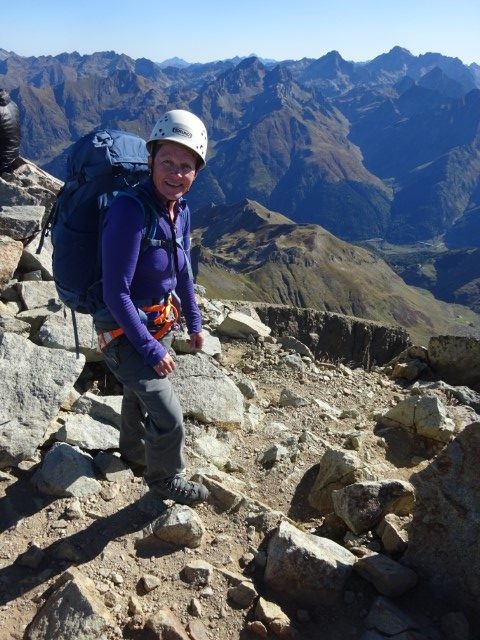 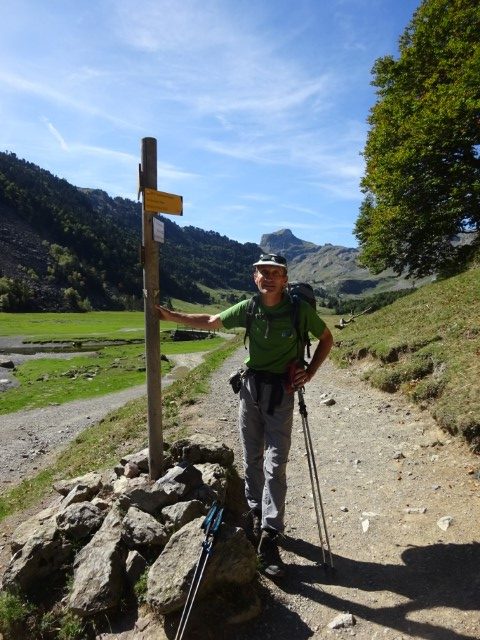 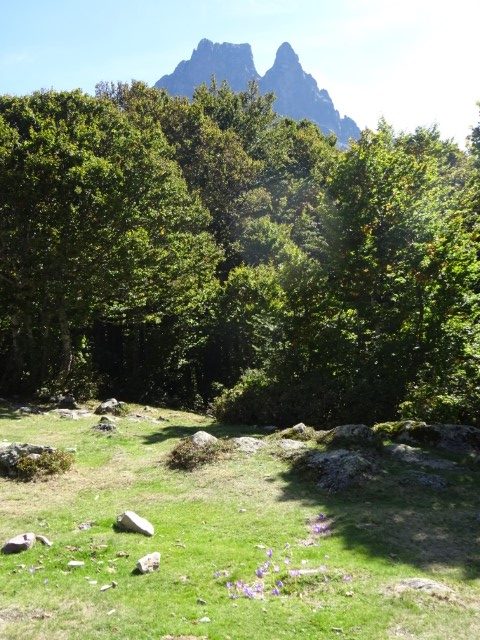 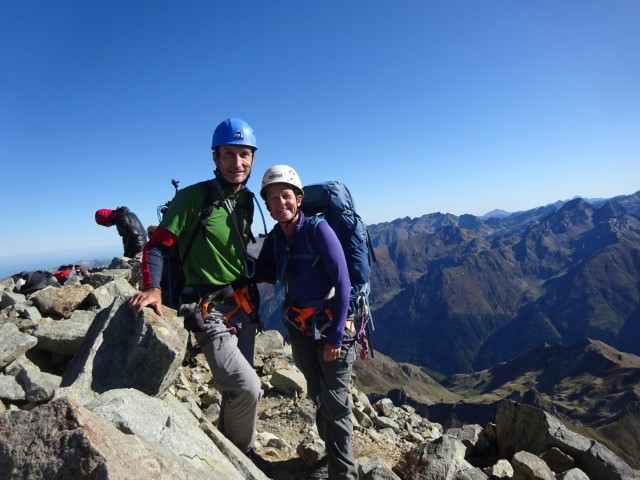 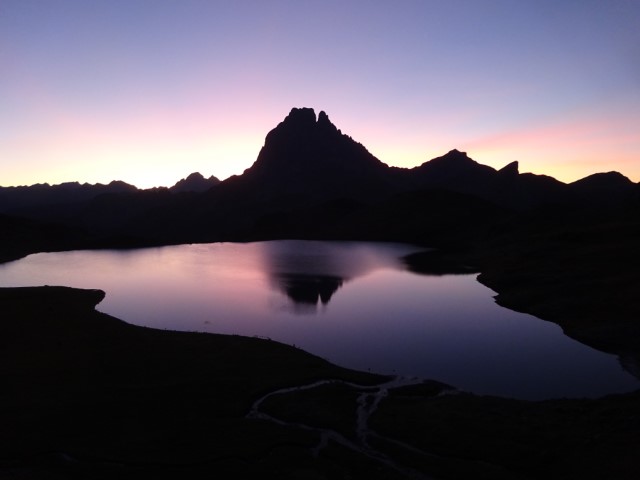 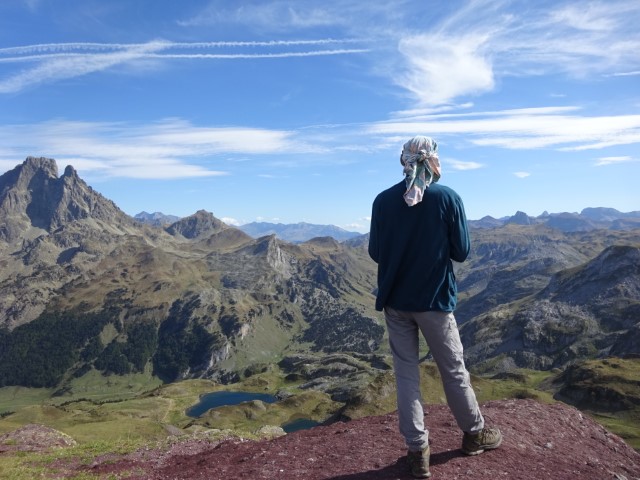 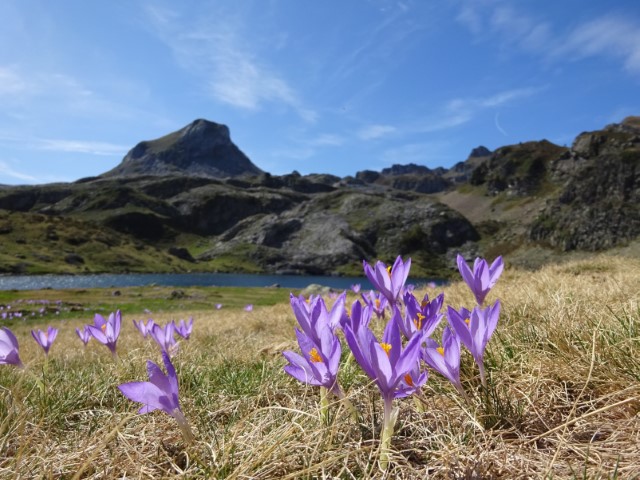 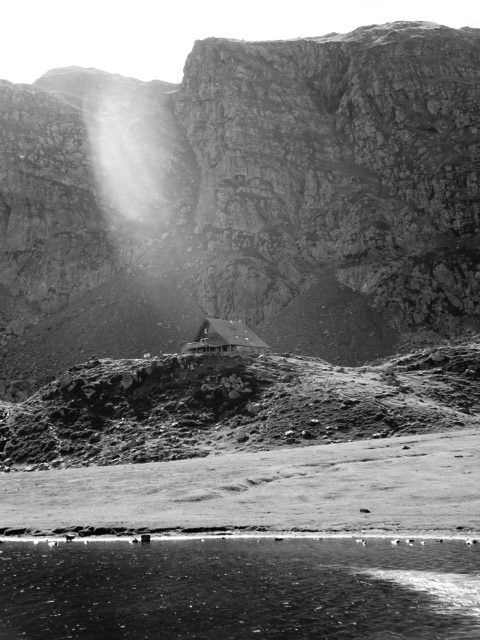 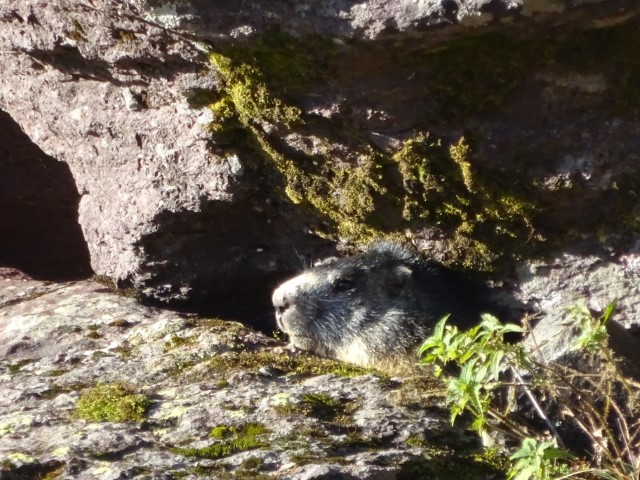 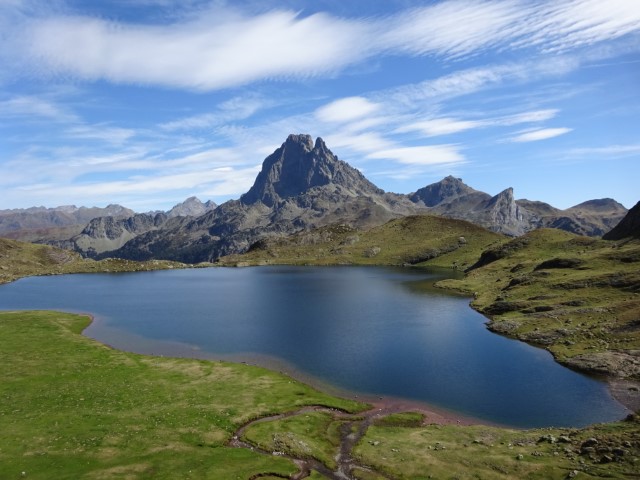 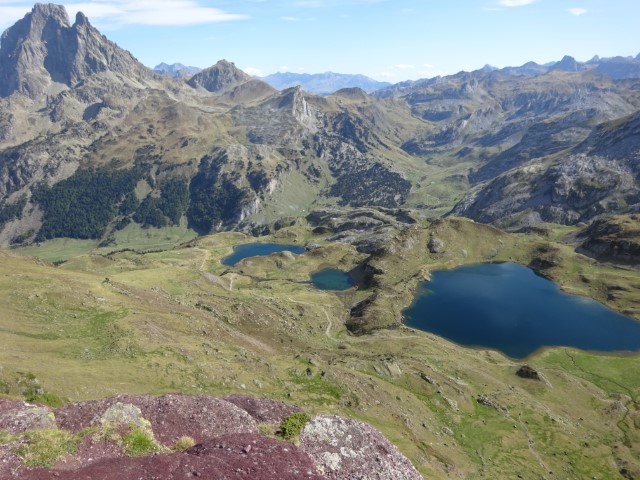 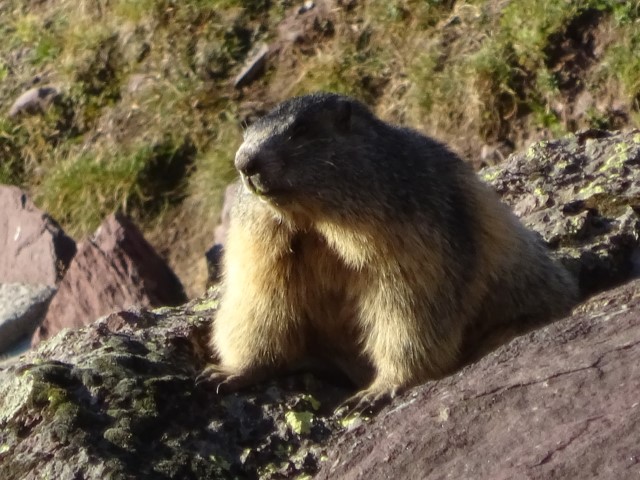 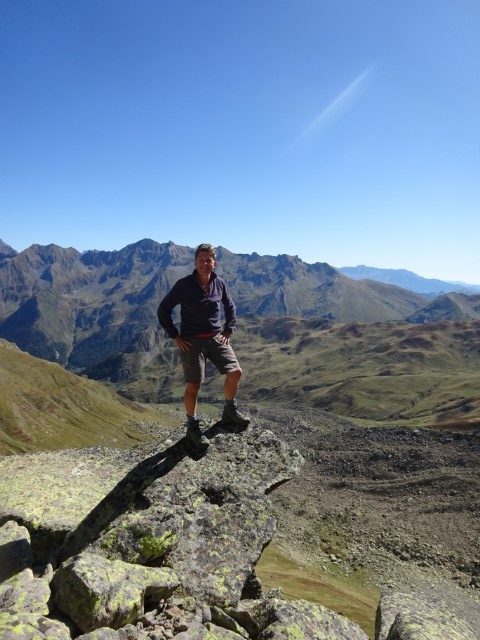 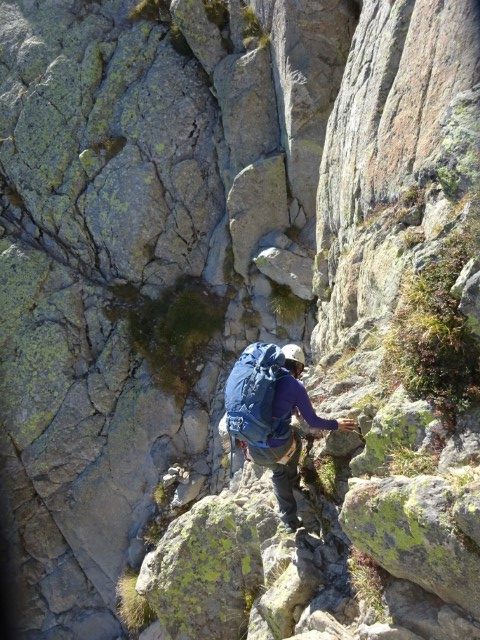 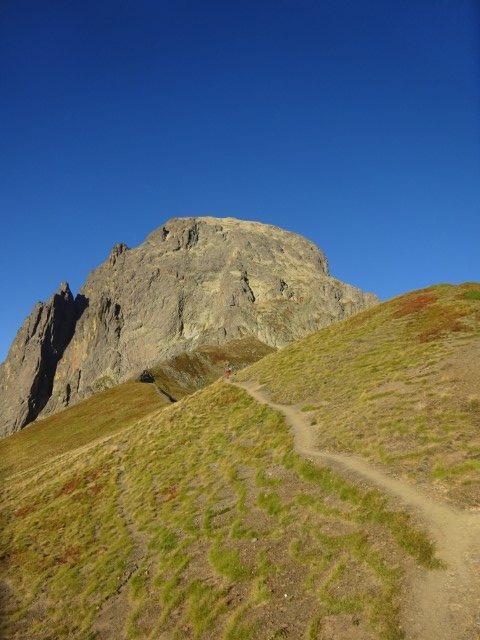 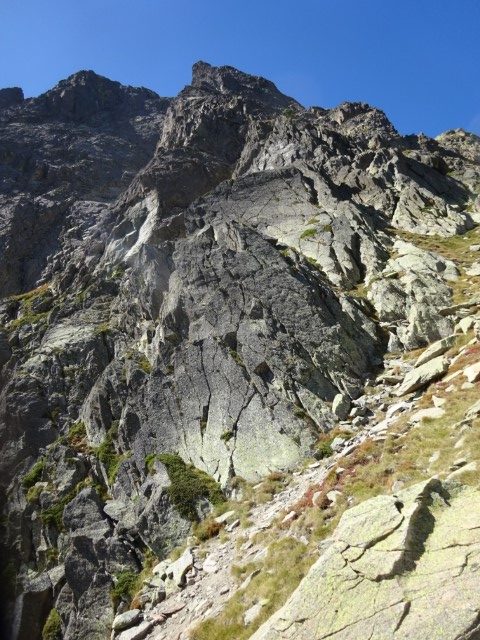 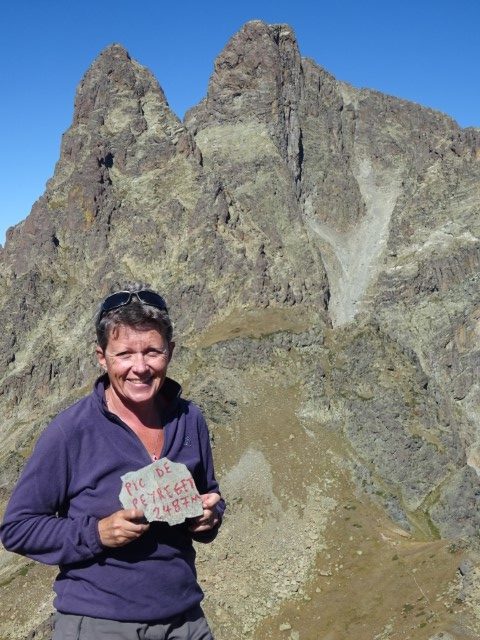