We have stayed clear of digging and heavy work to give my back the chance to recover properly so we can enjoy the last month here. Consequently we have done lots of little jobs, some creative things which Al loves. I am really rubbish as being creative unless in the kitchen! But I am trying…..!!!

So one of the jobs we wanted to get done this summer was to get the ceiling in the hallway done. Plasterboard is a right old pain as it is so many stages and such a messy job so always feels like it is going on for ever. So we lug the plasterboard up the hill to get going and then it is cut to fit in place and then get it up and attached, tape the joints, fill the joints, wait for joints to dry, sand the joints, re fill joints, re sand joints, then paint it et voila! Lots of dust later and the ceilings are in and in Breezy Blue colour and we are happy. Got the main beams sanded at the same time.

Since we had painted the railway carriage doors in the pantry I was keen to paint our bedroom doors. So whilst the place was upside door I cracked on with that as well.
We both love birdlife so have made a bird table to encourage them to come and feed and then with lots of left over pieces from the roof wood we have made a couple of bird boxes now hanging on the gable end. So we will see if we get anything nesting. It would be nice to have some birds about other than the 4 huge ugly black things that seem to like being here and head butting the velux windows for some reason!

We have gradually been getting fed up of lugging buckets of water up the hill to water the garden so we decided to invest in some rain water capture vessels for the back of the barn. After installing one with a lot of faffing, we decided to get another one installed to feed the water supply for the pantry. Now we have both water butts installed and we now just need to plumb in the supply to the pantry, pop a tap in place and we have water inside the barn…which will make a huge difference. Tomorrow’s job!

Jobs have taken slightly longer than usual as we have had a 2000 piece jigsaw on the go which my god daughter Naomi gave me 2 years ago. It is huge so we had to make a board to be able to do it. Fab jigsaw with the wonders of the world on it, so once again I have itchy feet. We were both quite hooked and have now finished it so maybe the job list will get done a bit quicker! We are leaving it up for a while though as it is a cracking jigsaw!
Final bit in the hallway is boxing in some of the pipework so it is not visible. Al has been plugging away at that when he has had a few spare moments here and there and again hoping tomorrow we can finish that off before we head to Spain for 4 days and then hoping to pop in and see Clive and Jacqui on the way back. 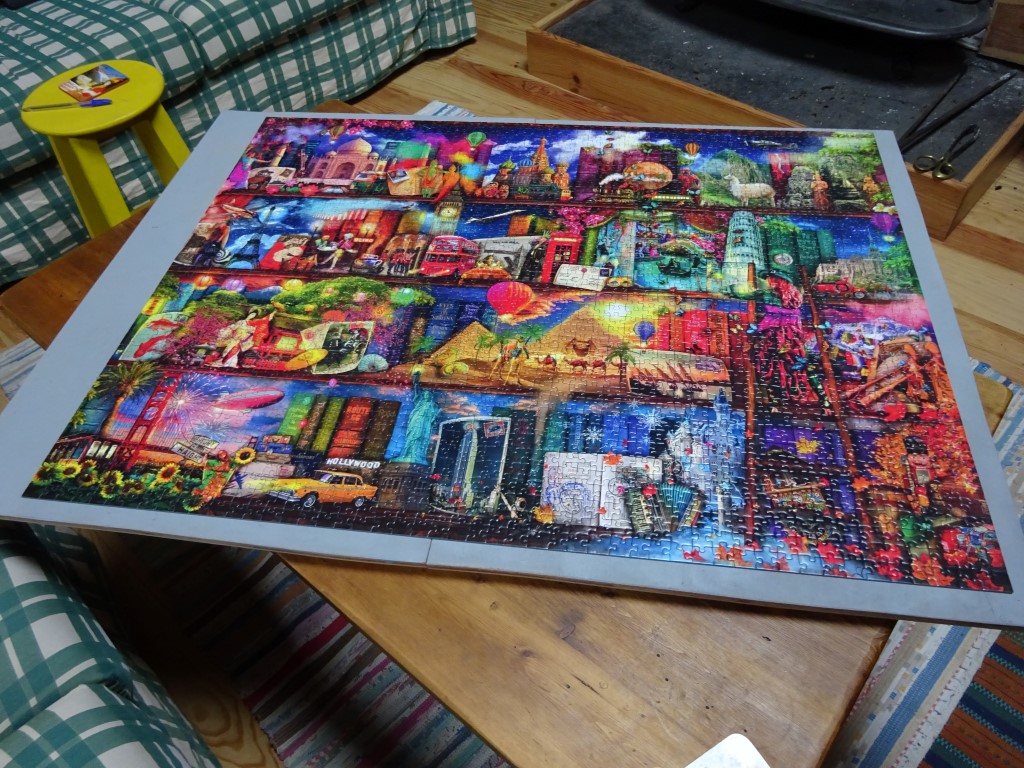 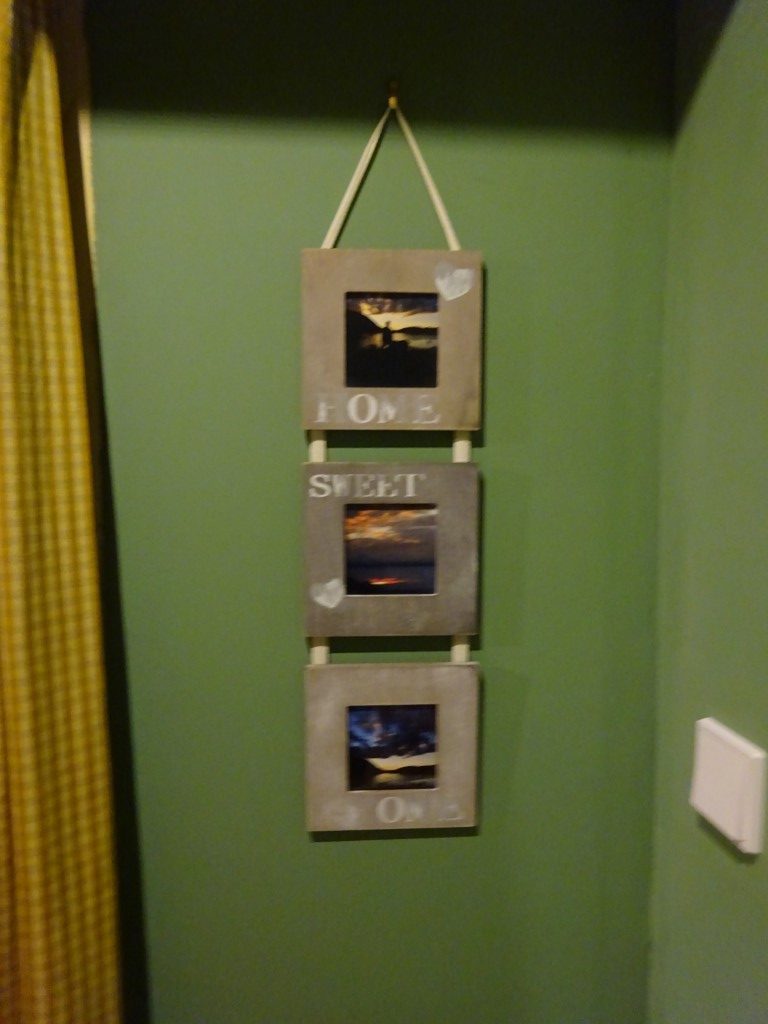 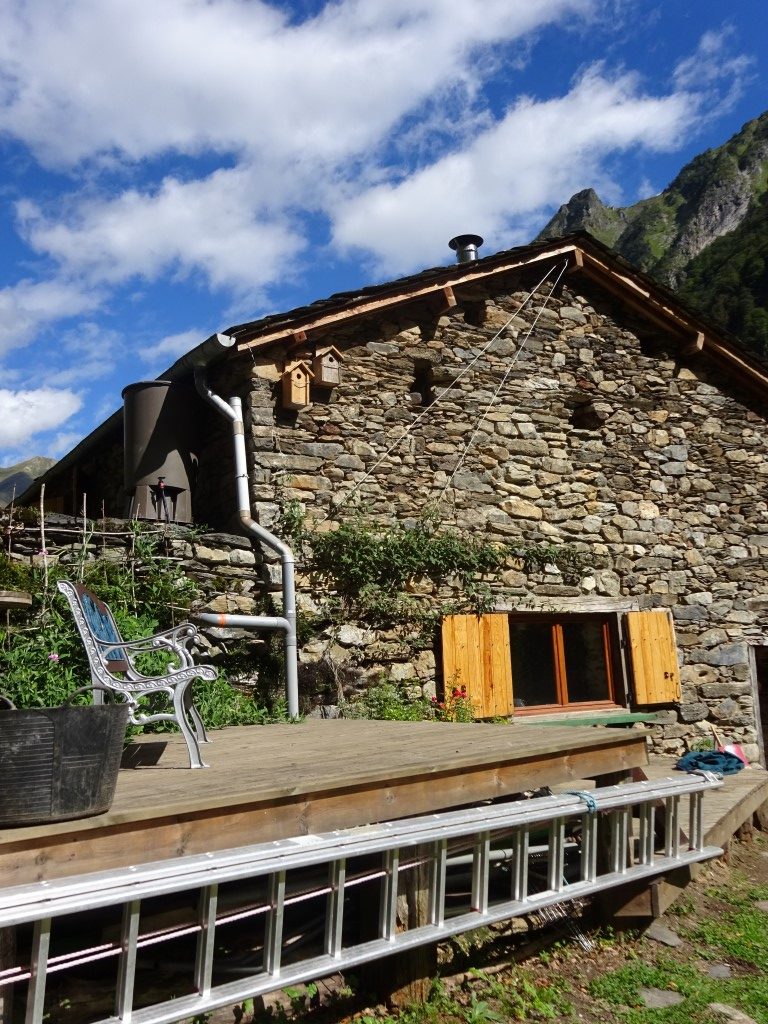 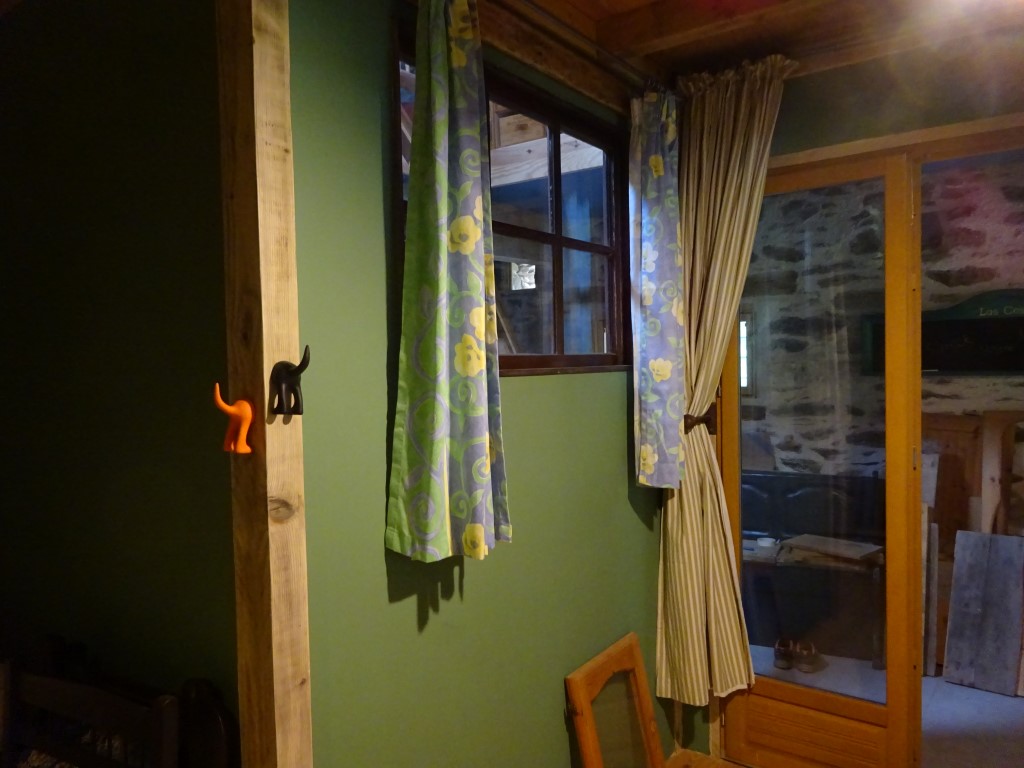 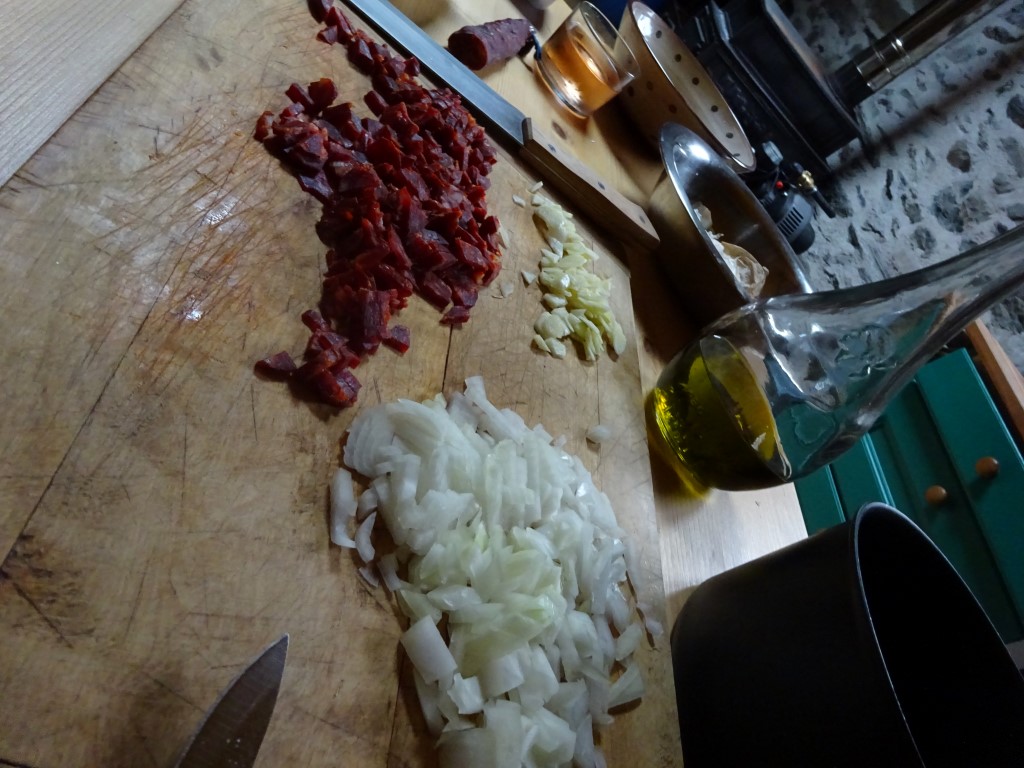 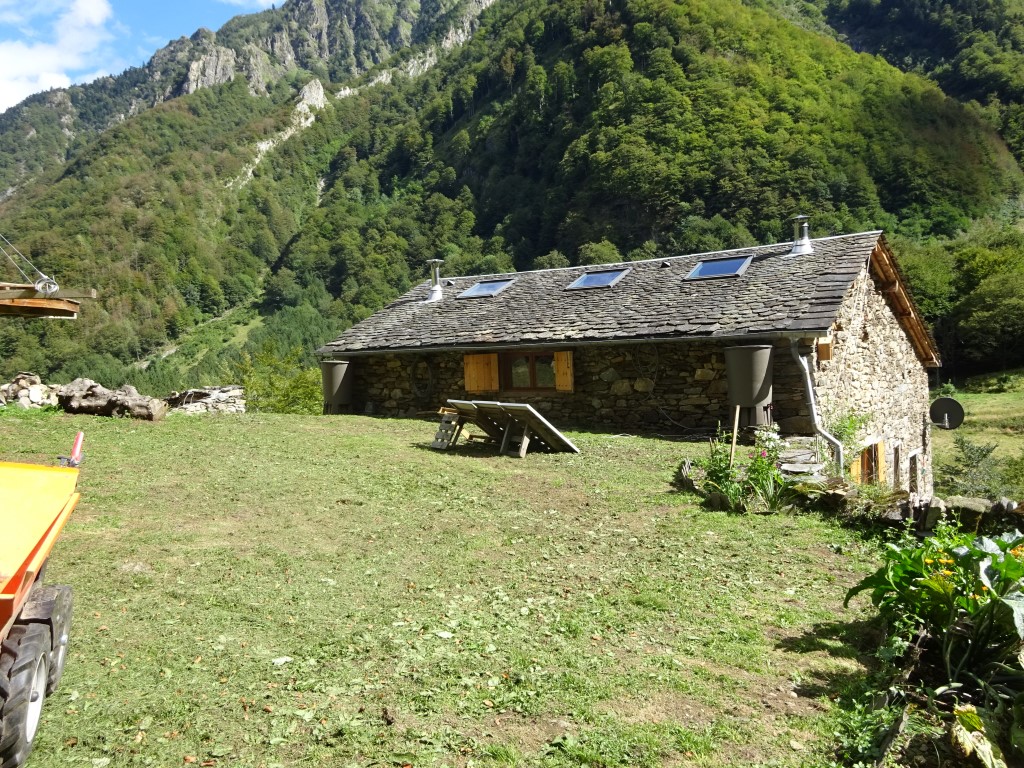 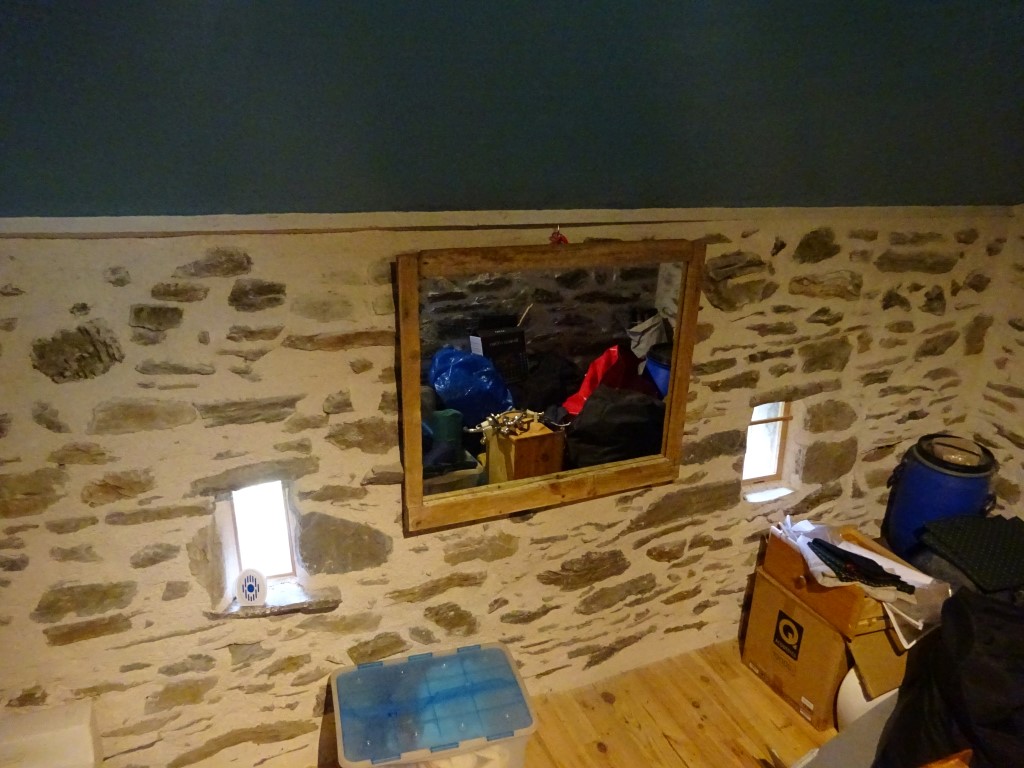 Mirror in the bathroom 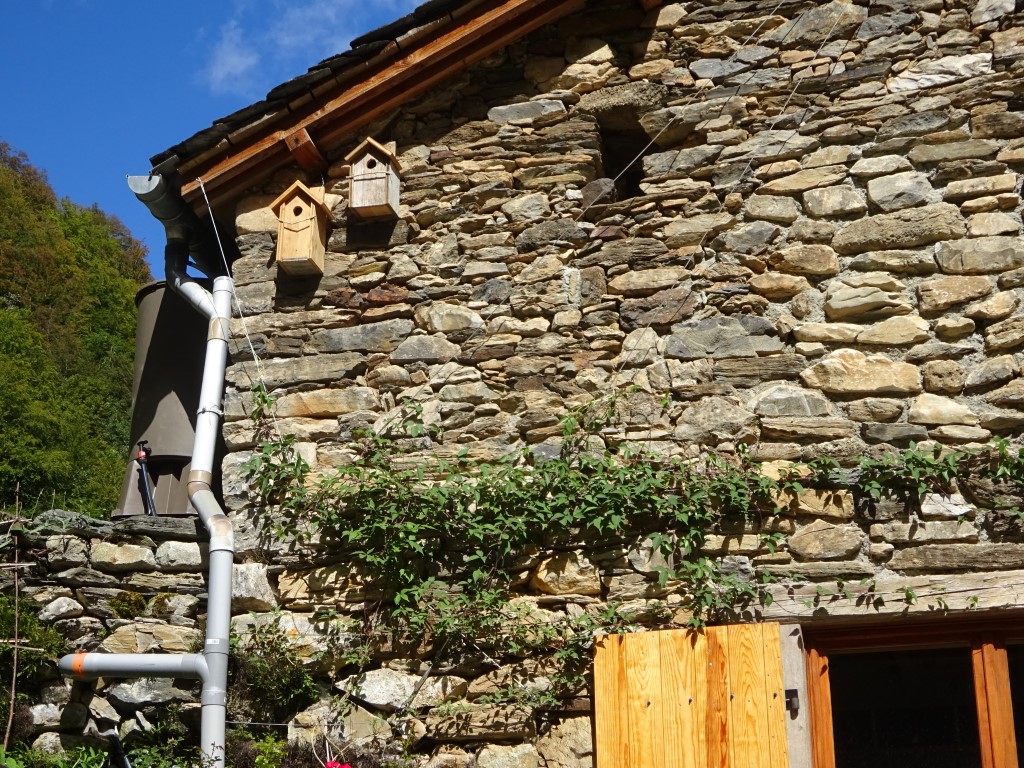 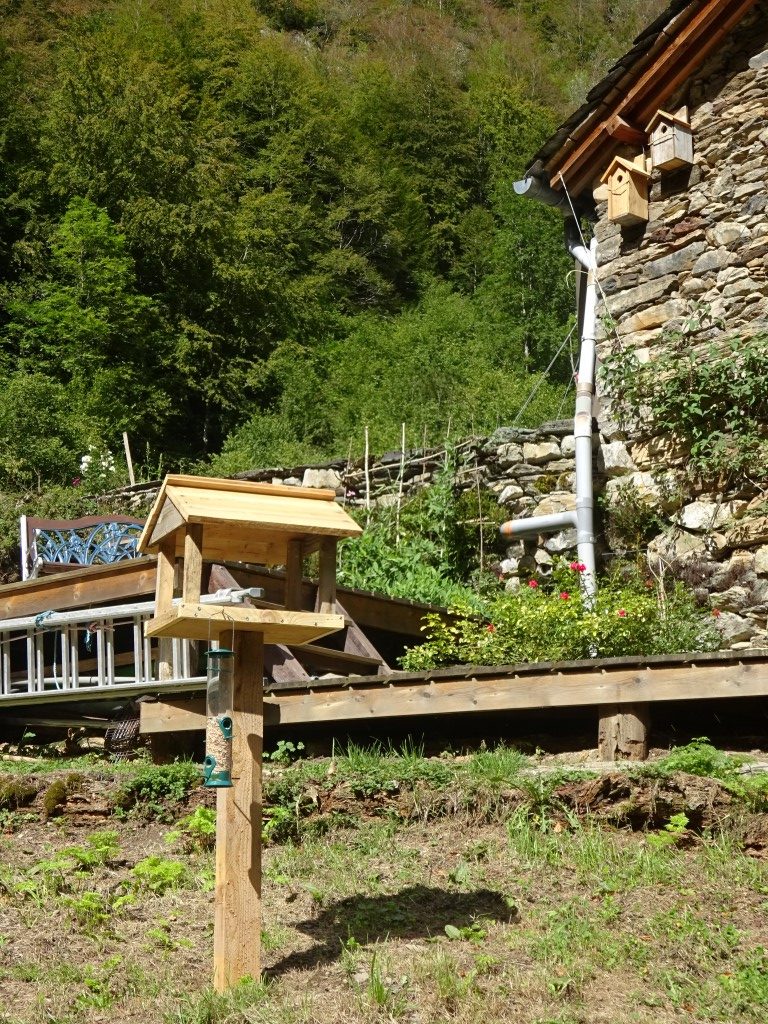 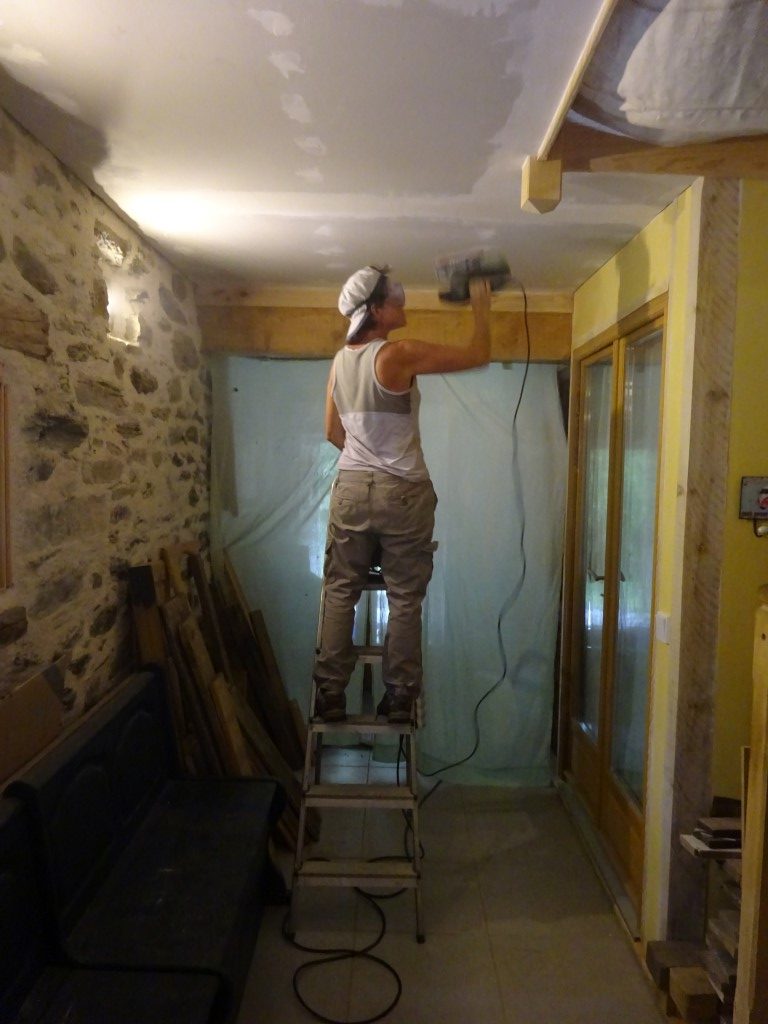 This entry was posted in Summer 2015. Bookmark the permalink.