Saturday and the low cloud gradually burnt off to reveal the mountains. By the time we had finished working on the web sun was streaming in through the door so we let the fire go out.

The appearance of the sun means that we can tackle some of the outdoor jobs on the list. The grass was still soaking so strimming would wait and wellies were required but after about an hour the roof was dry enough to tackle the chimneys.

Breezy started by applying a coat of varnish to the interior wall of the new porch while I got stuff organised for the chimneys. The only ladder we have that is high enough to reach the top of the ceiling was salvaged from a skip. It’s a metal step ladder with wooden treads. I remember now that there was a good reason it was in the skip as one of the legs had rusted away and it is not exactly stable. By wedging it against the wall and propping it up it did the job though I think that it may well end up back in a skip by the end of the year.

One chimney in and secure by lunch, which we took on the terrace. 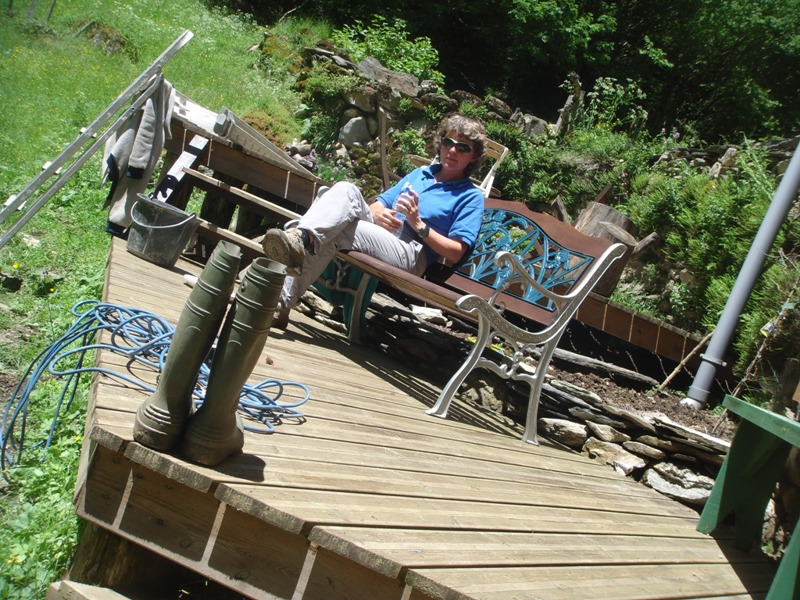 Cascade opposite and avalanche debris 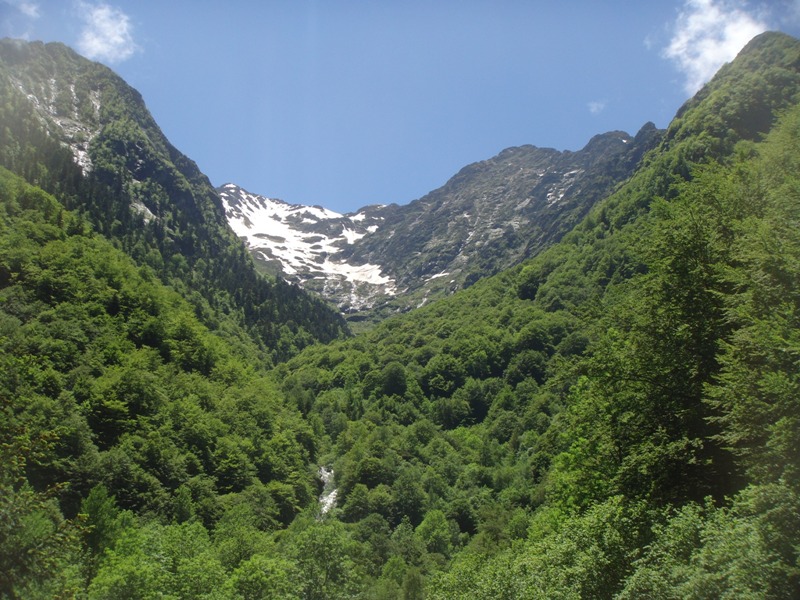 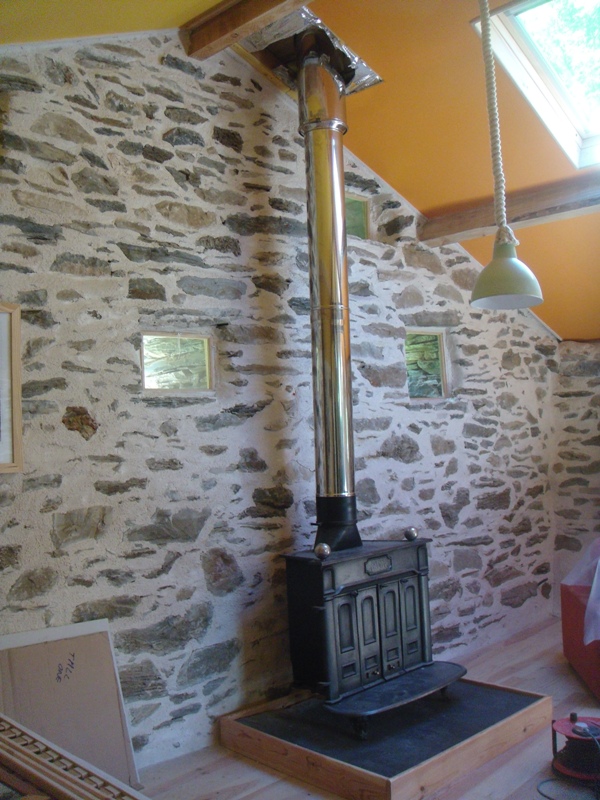 Godin with a shiny chimney 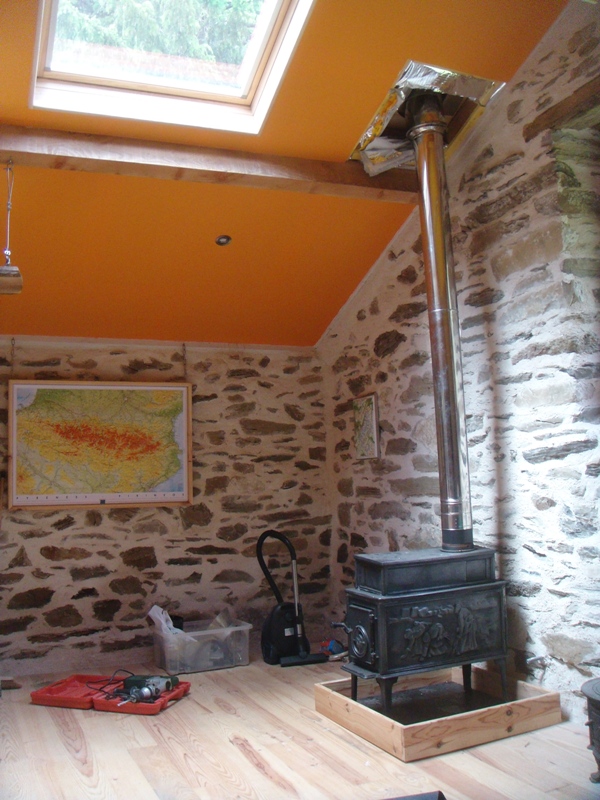 Rather than fettle the plasterboard around the new chimney we decided to take advantage of the weather window and get the 2nd chimney in place as well. All done and with no casualties except the jigsaw which has given up the ghost and is completely burn out.

We also had time to get in the garden and do weeding as well as plant some more rocket and herbs.

Fête de la Music in Salau with food in the evening was entertaining to say the least.

The chilli was great with three different strengths to suit different tastes. The dancing afterwards was amazing. Not for the quality but for the diverse styles. We left around midnight and I think that the party will have continued well into the small hours.