Stuff to do with a jigsaw

At the bar yesterday we picked up the post  which included the conversion kit we need to change the new cooker to LPG. We have to do that before we can connect it to a bottle and set it in place in the kitchen, so that was the first job of the day. As its a double oven, grill and hobs there are 6 jets to change and then we need to regulate the flow at each jet so that the whole thing works. It’s a fiddly job but we got there in the end.

Then its cut the worktop to go around it and fit the units either side (thats where the jigsaw comes in). 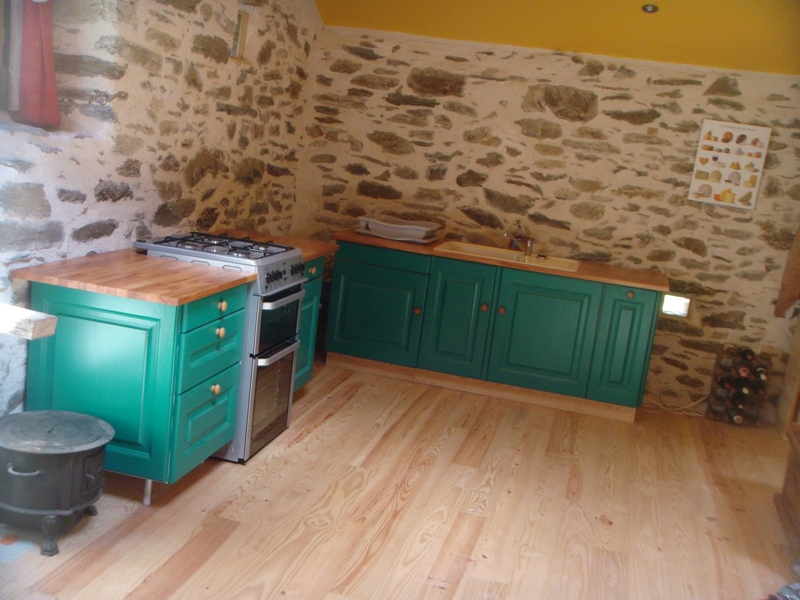 The other more creative job was to use an old mirror that was salvage from somewhere and some off cuts of wood for a mirror for the porch. Just as I finished glueing it all together Alison turned up with all her girlfriends for some refreshment and to poke about. As Breezy says it is nice when people see the place and go “Wow”.

Once the visitors had left we cleared up, had hot showers (just from the solar) and then had a little time to chill over a game of cards before heading down to the village for Alison’s celebrations. 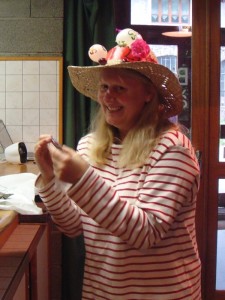