Still overcast and no sign of the sun. Had breakfast after a bout of internet sorting out emails enquiries for the chalet in Chamonix.

When we lived in the little outbuilding we used a “bucket and chuck it” system. So if you needed a wee during the night you descended the ladder and pissed in a pot. In the morning the contents of the pot gets emptied either in the field or on the compost heap.  During the day when one has the calling one goes “En Plein Air” or “Al Fresco”.

This system is fine for us, close friends and immediate family but may present a small hurdle in getting to know the locals or entertaining people we don’t really know that well. Thus the system requires some development. It has been on the “list of things to do” for some time and we have been salvaginging bits and bobs along the way.

We started with one of the big bottles from a water dispenser. Filed the neck down to 50mm and cut the bottom off to make a big funnel. Then made a frame to hold it inverted so that the top is at the same height as the composting toilet and the neck of the bottle goes through the floor. The frame was then “coated” with offcuts of tongue and grouve match board. The seat was made from offcuts of floorboard as was the lid which attached to the seat with an old piano hinge. Now just awaiting a lick of paint and/or varnish as appropriate.

Lunch was taken on the terrace as the sun made a brief appearance and consisted of leftovers as shopping tomorrow. Honey and mustard chicken salad. 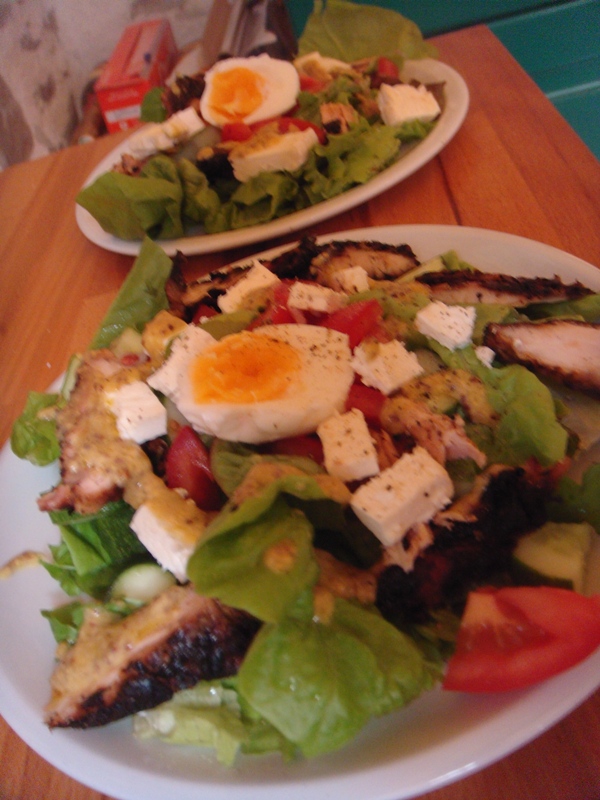 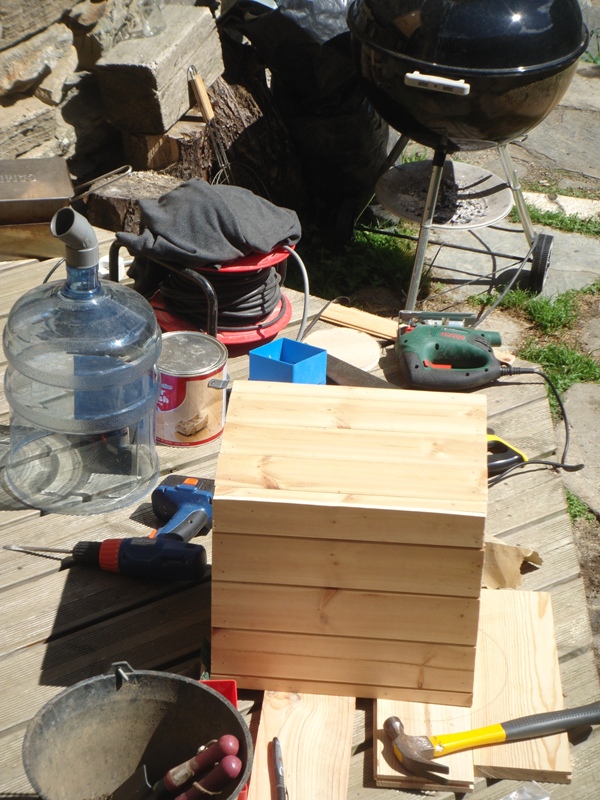 Just as we were about to apply the paint/varnish a quadbike appeared at the gate. We recognised Regan immediately as he has never been seen without his cowboy hat. The bike rider was new to us. Regan had heard about the wall building and got his friend from Couflens, Patrick, to take him up to see it. Time for a beer and a chat. They left about 40 minutes later and we had an invite from Patrick for an appero of Tuesday.

Showers and an omlet salad (with polenta).