Every day starts with a list.  Some lists are long and others only have a single thing on them. If, that is, a single item written on a sheet of paper can be called a list. Today’s list has loads of things on it which means that there is lots of variety.

Started with a quick polish of the new chimneys. Through fear of falling off rickety old step ladders I have succeeded in leaving paw prints all over the top sections.

Then we went through some new learning as we set about tiling the porch floor with the Italian tiles salvaged from Chamonix over the winter. A tub of ready mixed tile cement that was supposed to do 4sqm only did 2.5 – thus we should prepare the floor a little better in future to avoid having to cope with differences in levels. 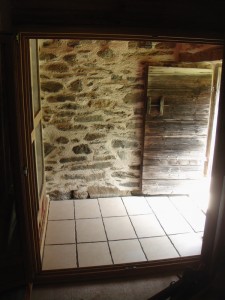 Last off before lunch we went for a little walk up the back in search of the source. Every year the  topic of conversation in the village turns to our lack of water at the barn. Every year someone comes up with an idea or some snippet of information gleaned from a long lost shepherd about the location of a source. The latest is that there was a source by a big rock at a couple of (now derelict) barns above ours. If it was there we couldn’t find it. We did find a damp patch of rock which  may warrant some further investigation but lunch was beckoning.

Salad lunch on the terrace followed by making a door frame for bedroom one, big clean upstairs and watering the veggies.

At 4pm I had arranged to meet Clive to look at the rock that needed to be lifted at our neighbour’s house. So Jean Claude (neighbour) is over a km away down the piste and Clive is renovating a patio for him. The rock is a table top weighing over half a ton and has slipped off it’s stone legs. Half an hour of playing with ideas and we have a plan involving scaffold and chain hoists; and a rendezvous of 0930hrs Friday to put it into action.

Early evening the river suddenly went brown. Looking upstream where the two streams meet it was just one that had changed colour. Breezy headed off with the camera and also discovered some fantastic orchids on the far bank. 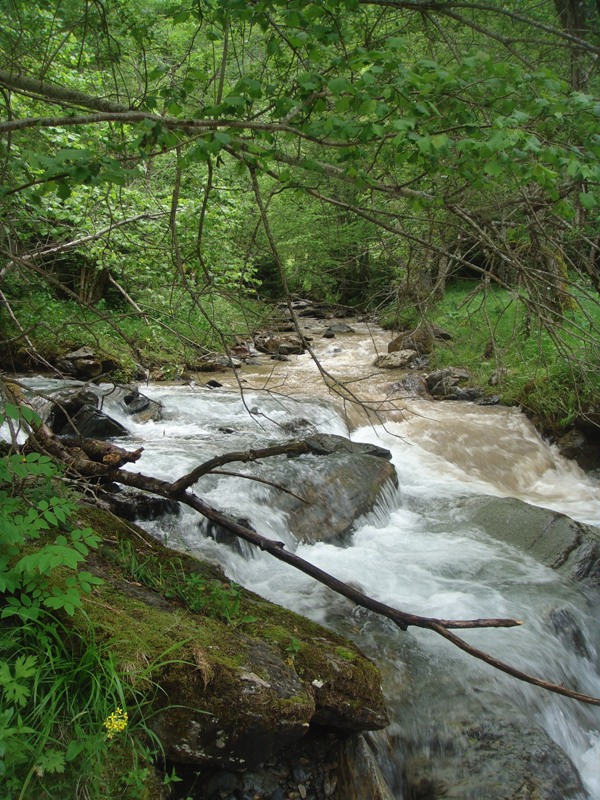 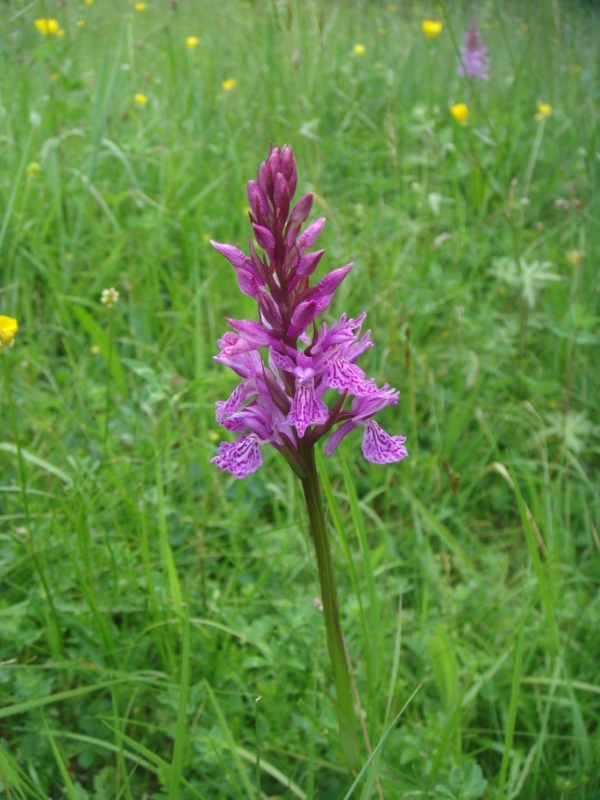 Wild Orchid just on the other side of the stream 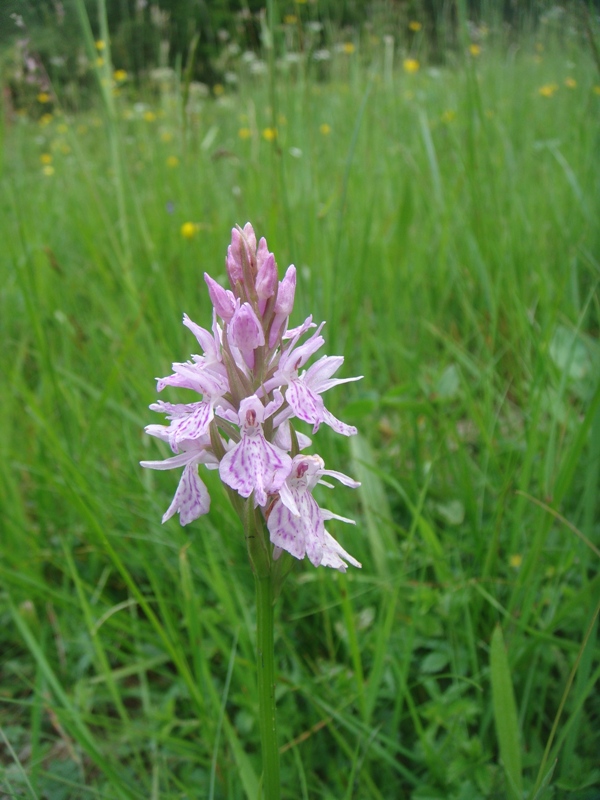 BBQ Rabbit for supper on the terrace followed by BBQ pineapple with ginger syrup, which we ate indoors as it had got too cold outside.