The forecast was good for today so we planned another walk to explore another part of our little paradise.

We had a couple of hours before leaving sorting out Ski Breezy e mails comme d’hab! and making some butties for our walk. We left the barn about 915am.

On the way down we passed Clive who had some kitchen cupboards for us to look at as he has been ripping out a kitchen in Couflens. We looked at them and decided they would be useful so probably pick them up tomorrow.

We climbed up in Vinnie to just beyond Raufaste and parked Vinnie. A very steep and hot climb up to Pic de Fonta and incredible views. A real 360 degree panorama and fantastic views of Mont Valier. Also good views of the Soubirou ridge which is on the other side of the valley which we want to explore too.

Under 2 hours and 900m later we were at the summit. The ridge we had spied when walking with Dad before so although no official path we decided to give it a whirl. Only one very small part of down climbing, a little exposure but not too bad giving great views and a very steep descent towards Col de la Pause.

We had a good lunch spot overlooking Valier before descending, knees taking a pounding most of the way. Round trip was just about 4.5 hours and more than likely one we will do again. 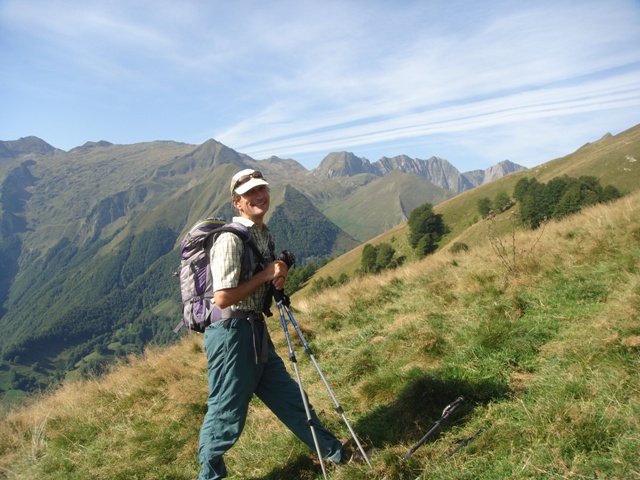 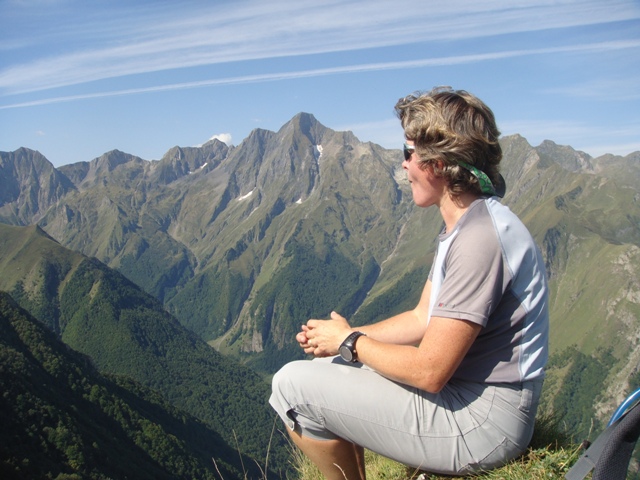 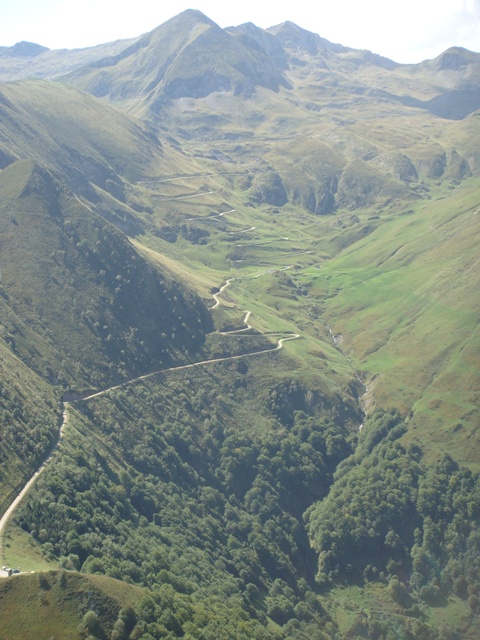 We stopped at the Auberge for some cold drinks to take away and to collect post then back to the barn for much needed hot showers.

We had time to measure up windows, shutters and amount of surface area that needs tiling downstairs, next year. Tiles in Italy are a great deal cheaper so may pop through when in Chamonix and see what they have on offer.

A brief shower but still really warm. Internet, pasta surprise and more of Sauze’s Christmas pressie we hope. Planet Earth DVD collection, if you want to see great photography, wildfire and nature it is a must. There are 5 DVD’s each with 6 one hour slots so should keep us amused in the colder months here!! Thanks Matey, almost as hooked as Spooks!!!!!