Al and I were up early to get an hours work done before brekky and to be organised for Clive’s arrival. Sand shifted up the hill, fridge moved etc etc.

Clive was a bit late due to getting the van stuck so the boys started demolition at around 10am and the hole was big. By lunchtime the hole had been made a gaping hole above it too from where other rocks/boulders had tumbled out.

Not much for me to do so I had a day internetting for Ski Breezy and finally making some much needed progress, enquiries are a coming in and contacts are being re-established again for the winter.

Al an I had lunch while Clive went home for lunch and then Al and Clive had a huge afternoon on the re building after collecting a load of sand from Salau. Clive wanted to get up to the lintels so it was 830pm before they finished a long day and sadly Al has now damaged his shoulder and in a lot of pain, not good news.

Visits from Jean Claude our lovely neighbour who was worried about the size of the hole. Olivier came to put fencing up around the veg patch to keep the donkeys off it also alarmed about the huge hole……guess it will be around the village in no time… 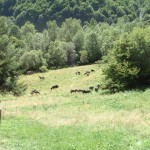 Quick beers for the boys and then showers and I had marinaded some chicken in ginger and other goodies along with a potato and dill salad and green salad from the garden twas delicious even at 10pm at night!!! No more to say apart from bed. 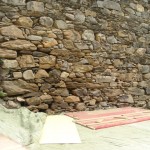 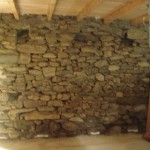 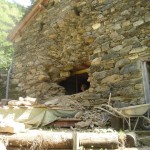 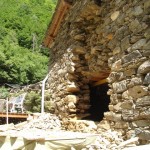 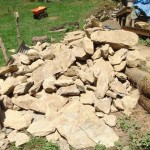 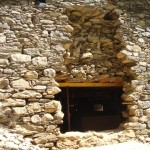 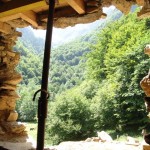 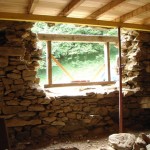 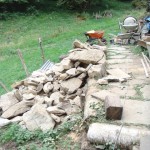