Another winter season in Chamonix is over and the next adventures begin. Â With a heavily laden van and a stow away from Chamonix in the back seat we drove down to Salau. Â The passenger was hopping a lift down to Justin and Emily’s pig farm for a “work away” and had been renting a friends flat in Argentiere for the winter.

We stopped with Rene and Anouk at the Auberge in the village for the first night. Fantastic food and warmth in a clean bed was much more preferable to getting to the barn in the dark with no power or heat and the unknown inhabitants from the winter months.

When we got to the barn the next day all seemed in exceptionally good order. No critter activity. No storm damage. We ferried kit up the hill with several trips of the Mucktruck in the warmth of the morning and connected all the electrics up. Then the weeding began.

The tasks, apart from making the place comfortable again, were to plant up the garden and unload the van. We also managed to chop some trees which were felled by the snow and burn them; build a chest of drawers which we bought over the winter, and the usual bout of strumming the grass.

Three great surprises were in store. First was that the torrential rain we had on the second day fell as snow to about 1600m. Second was a visit from Wilbur, well it was a huge Wild Boar about 40m away from the kitchen window. The last and most bizarre was a hoard of morel mushrooms. The van was packed ready to leave and we had ten minutes to try and find some shrooms. We found one in the same spot as we found one the previous year. It was a large one but alas on it’s own. As a last minute decision we popped over to another ash tree outside the barn to find the slope absolutely covered with morels. 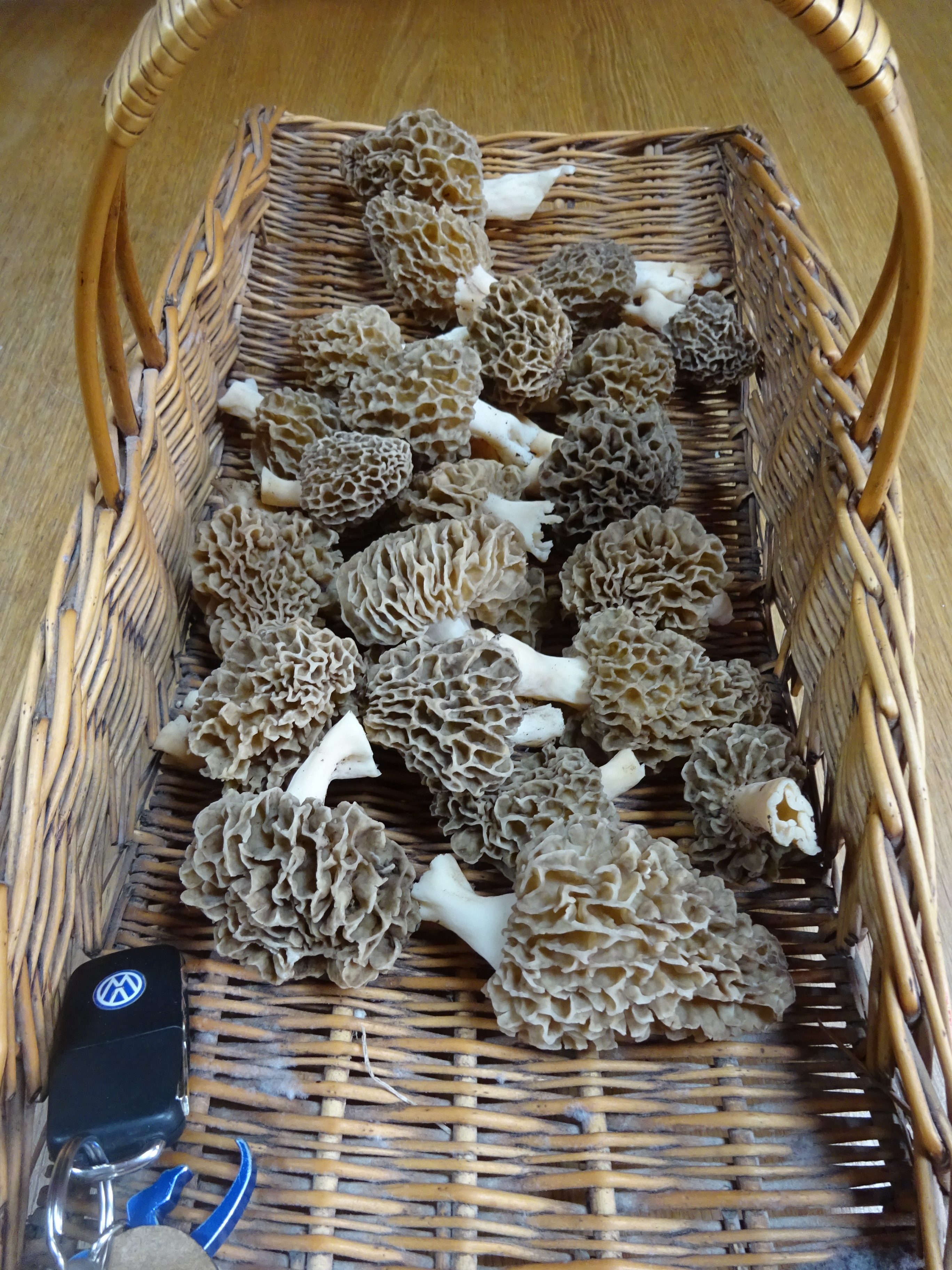 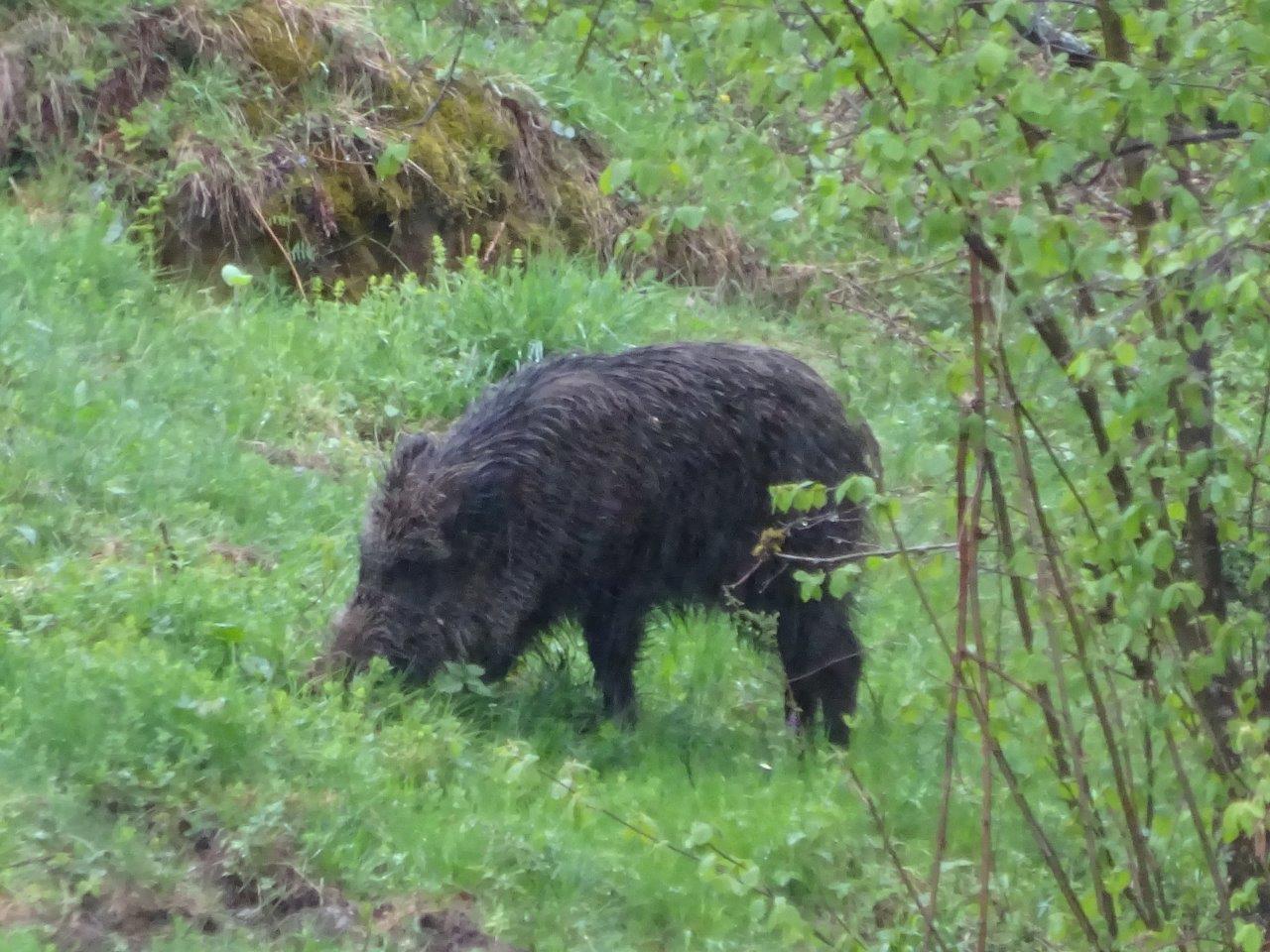 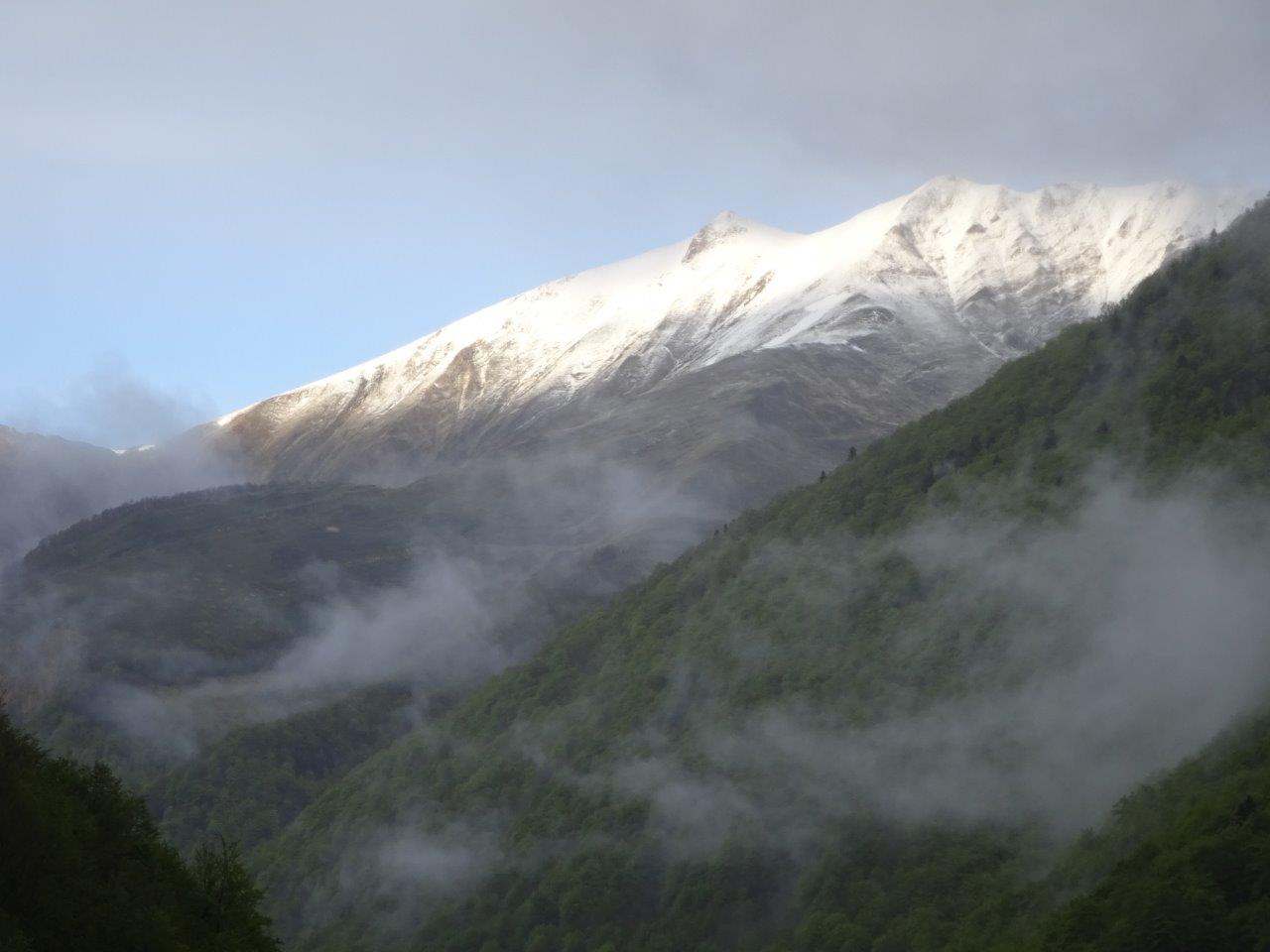 Off to Toulouse to catch a flight to the UK to visit family and friends before an adventure in Madagascar.