Another glorious day. Al and I got everything prepared before Clive arrived and then it was full steam ahead again…..wall seemed to go up pretty quickly and the afternoon was put aside for back filling. More supplies brought up at lunch time before a lovely salad lunch on the terrace. 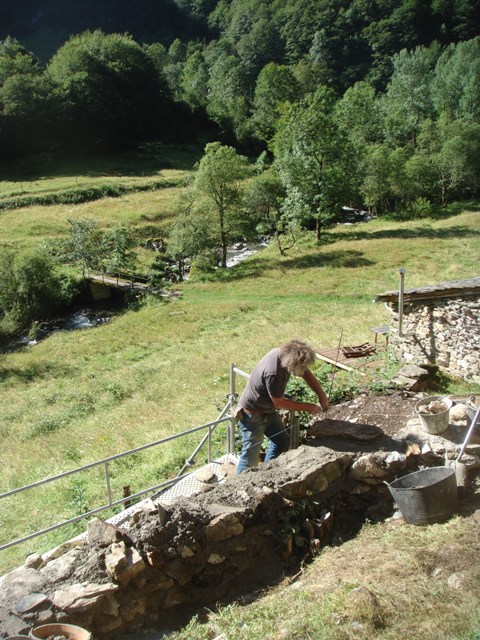 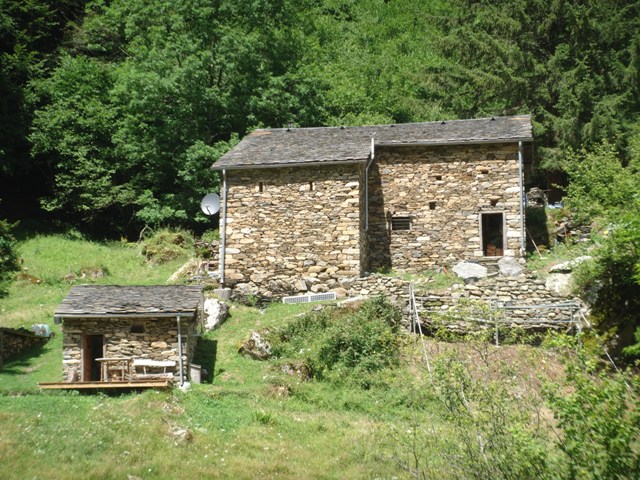 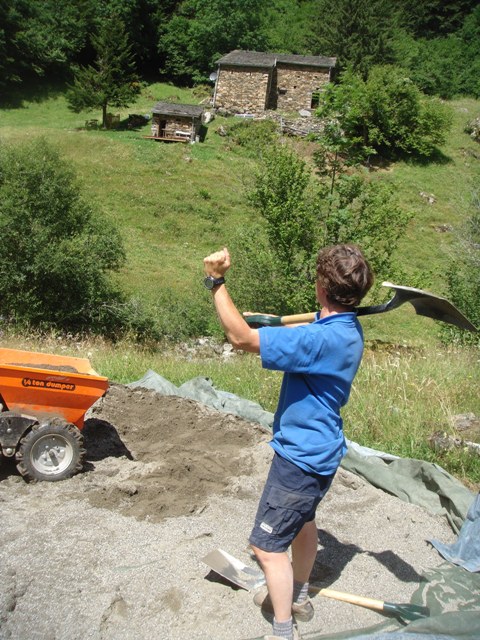 Clive returned after lunch with the family as helpers! Buckets of soil filled from below the scaffolding then hosited up to the wall, tipped over and then filled in. From the piste I think some of the walkers may have thought it was a slave labour camp! After an hour it was mainly done as was my back which had packed in yet again. So Clive, Al and Giselle finished off the afternoon’s work till 630pm. Beers on the terrace whilst the kids played in the river. Then supper and bed!

Clive is going to get another tonne of sand which he hopes will see us through for the last 2 days.