So we might have had a few sherberts before agreeing to having 2 of my nieces in their teens to come and stay for a few days but we were looking forward to spending some time with them both.

It was an early start for all of us as Gemma had been staying with a girl friend 2 hours out of Toulouse, Emily had a night in Manchester with Charlie before 7am flight and we had a 2 hour drive to pick them both up. All went smoothly and off back to the barn. We stopped at a lovely swimming hole on the way to break up the journey with picnic and a very chilly dip in the river but as it was scorchio it was refreshing! Then on to boules in Seix before heading back to the barn. Glorious sunshine all day which is always nice to arrive to.

Qwirkle before dinner which is always fun.

Roast chicken and salads on the agenda for dinner and a choccy mousse for pud, all seemed to go down well. Plans discussed for next few days and luckily the weather gods were with us for most of their stay.

How to entice 2 young girls to walk 12km and 700m vertical….”fancy lunch in Spain? and a swim on the way back?” It worked…..early start butties made and off we headed up towards Port D’Aula on the border. The first 40 mins is steep and a fair bit of “how much further” being muttered but after that it is easier going and both girls made it up to the col where we had lunch and saw the thunder clouds building big time on the Spanish side.
A quick yomp down with a few drops of rain but girls and I were keen for a swim in the first lake so we decided to see if we could all swim across it. Emily looked slightly like she was about to drown! but made it with a smile and both of them managed to talk the whole time so it cant have been that hard! We then got caught 10 mins from Billy in a massive downpour so we were all suitably soaked to the skin. Back to the barn which was in sunshine and hot choccys on the helipad whilst the girls warmed up. Sun stayed and the rain vanished so we could have out BBQ outside with girls making all of the salads and Emily made a choccy mars bar cake for pudding/snacks for rest of the stay.

Another baking day and today was mainly a barn day with trips to the river to cool down. Morning was dinner prep, making homemade pasta for spaghetti bolognaise and a joint team effort making the bolognaise. They make a great spag bog that was for sure. One of the jobs needed doing was edging the flower bed with slates. So the girls set to with sorting the flower bed whilst Al and I moved a load of logs from the coppicing area to the log pile. Once done, girls were off to the river before lunch on the terrace. Clive and Mateus turned up on their bikes for a catch up, nice to see them again. Girls and I headed off to the first waterfall for a swim and the girls then worked their way down stream scrambling back to the barn. Quick turn around and the ladies trundled down to the Auberge on foot and Al brought the van for a ride back up the hill. Treated to cold drinks at the Auberge for a game of boules, definitely not their strengths thrashed they were 11-1!!!! Back up the hill, girls made a quick salad and it was then spag bog inside after a game of rummikub in front of the fire.

Last day and I think the girls were looking forward to creature comforts again!!! Namely a dishwasher and a flushing toilet!!! We started with some DIY re varnishing the helipad till we ran out of varnish. Girls into the river again before we headed up to Cirque D’Anglade for a hike and picnic lunch. Again steep start but serious speedy yomping by the youngsters up to the meadow and lunch at the picnic rock. Al and I trundled on up to the snow which was pretty impressive, doubt it will all disappear before winter kicks in again.
We did a quick 30 mins varnish underneath the helipad, good job done we all seemed to be wearing quite a lot of varnish by the end of it. Then some climbing, Al got the wire ladder out and the challenge was for both girls to climb it up to the treehouse platform. It aint no easy job as it is so wobbly but both got up and abseiled down with relative ease. River to cool down.

Girls packed and then we had chicken fajitas and salad outside before the final session of rummikub. Early nights all around as 6am start tomorrow to get the girls back to Toulouse for their flight.

An action packed few days which I hope they have enjoyed, we have loved having them to stay and getting to know them both a little more.
Highlights I think will be getting to Spain, swimming across the lake, river trips, climbing the wire ladder.

More challenging times….no flushing toilet, no dishwasher and no wifi!!!!
Thanks Emily and Gemma for coming and staying we are missing the constant chit chat!!!! 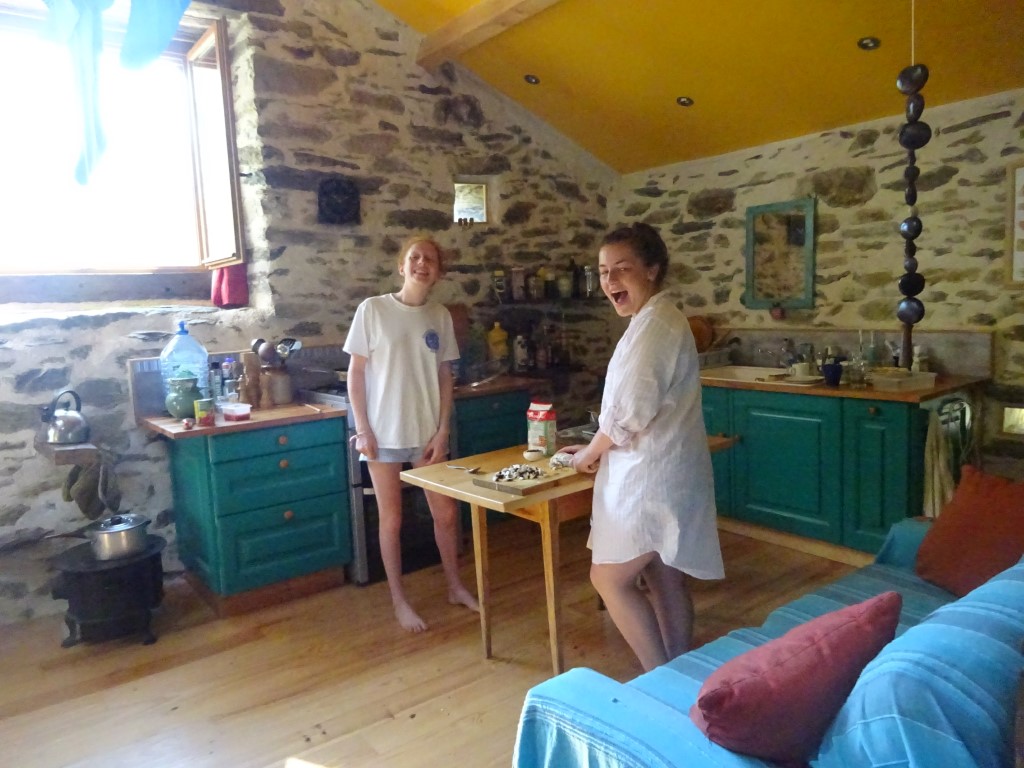 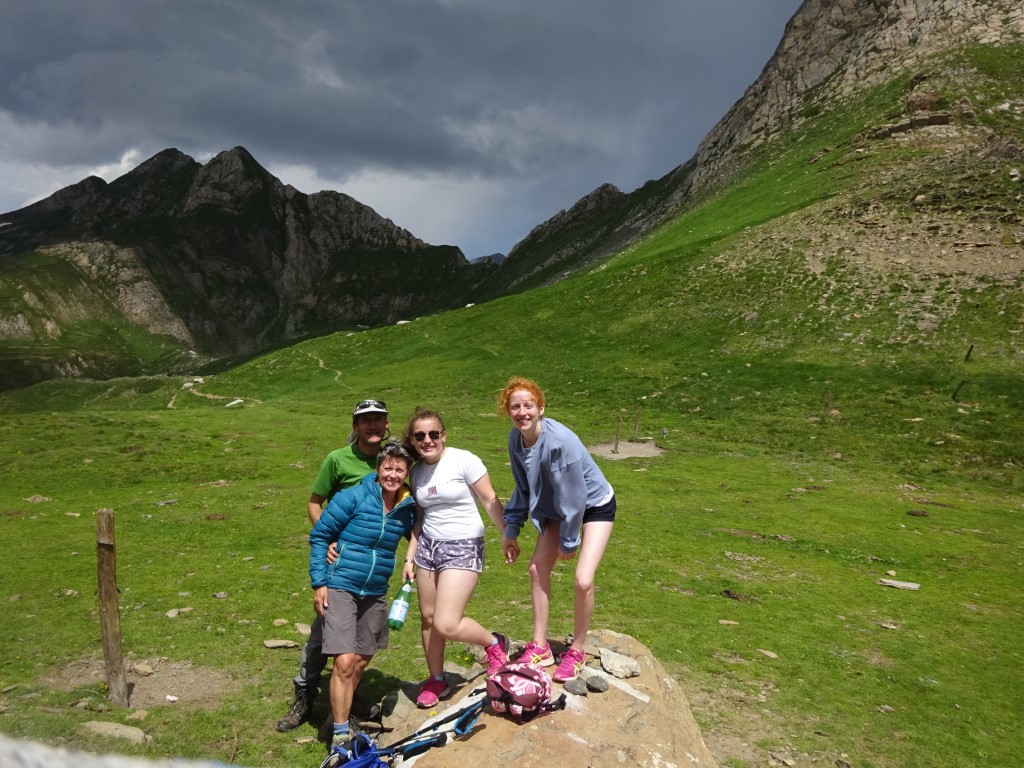 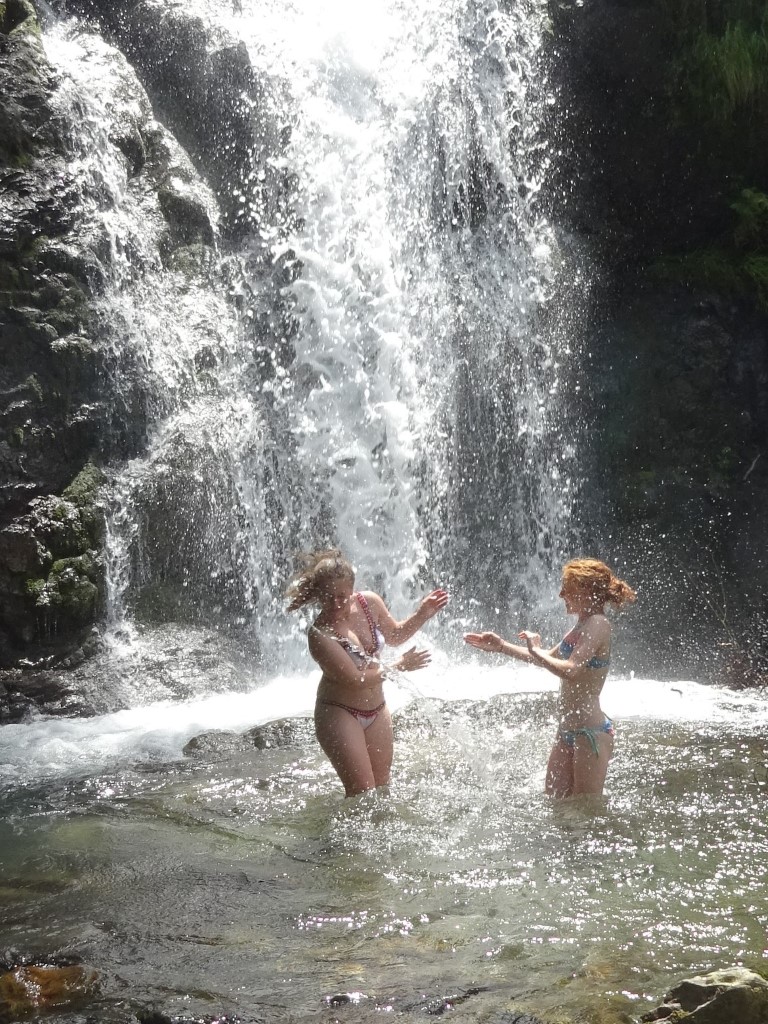 Floozies in the Jacuzzi 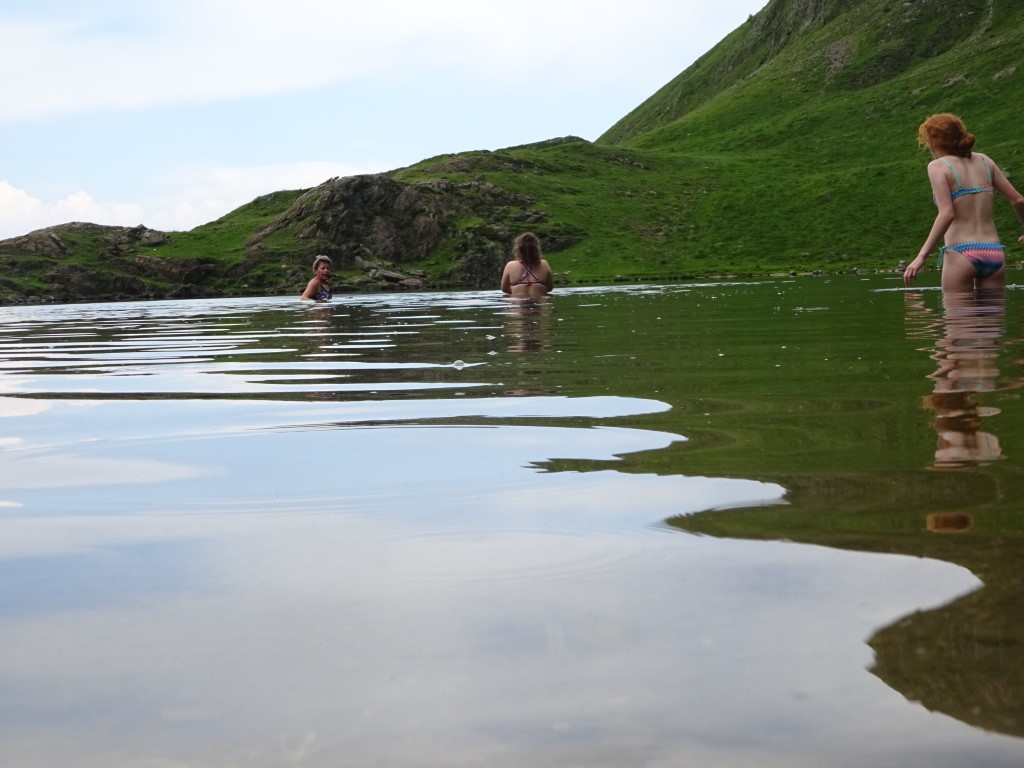 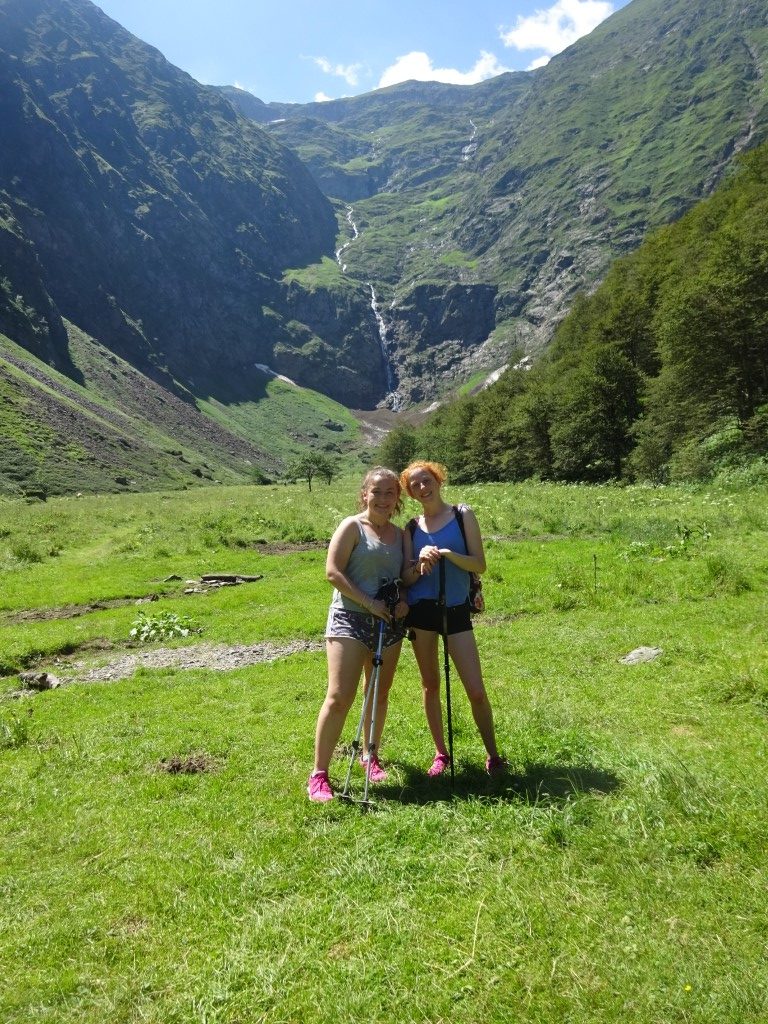 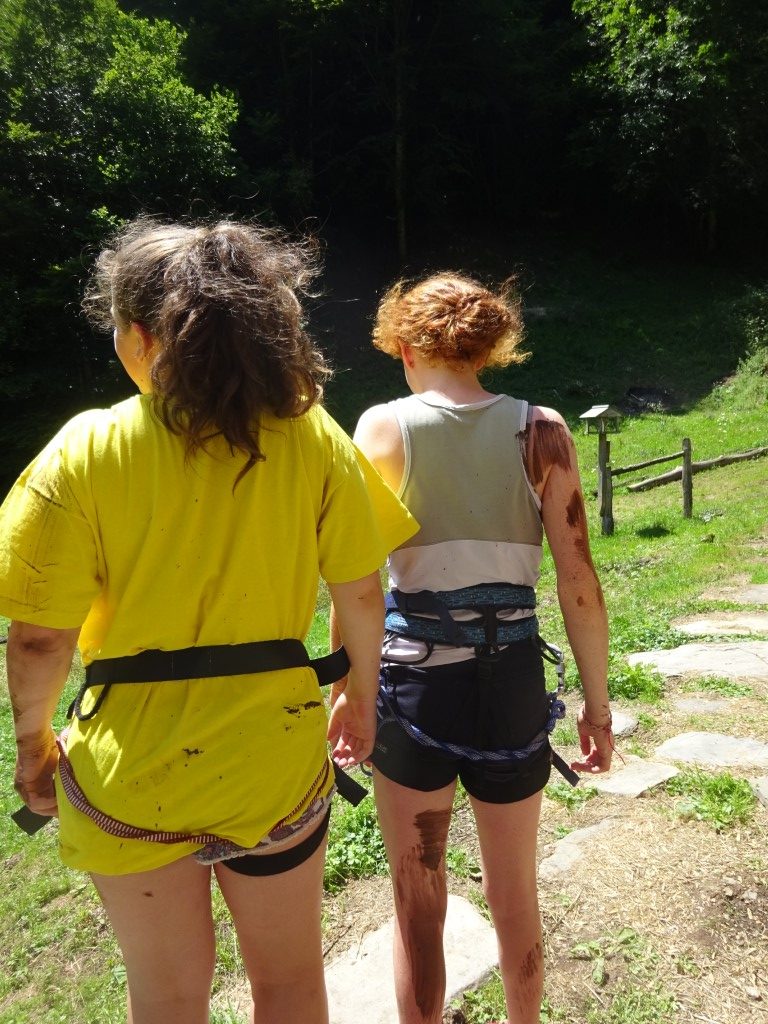 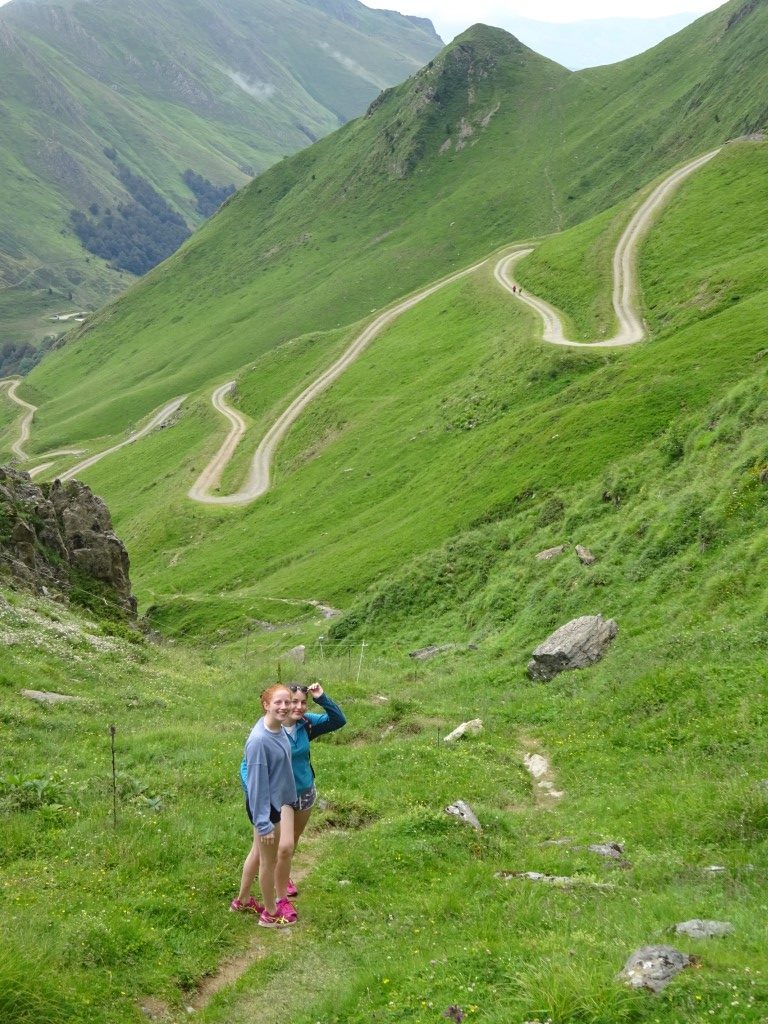 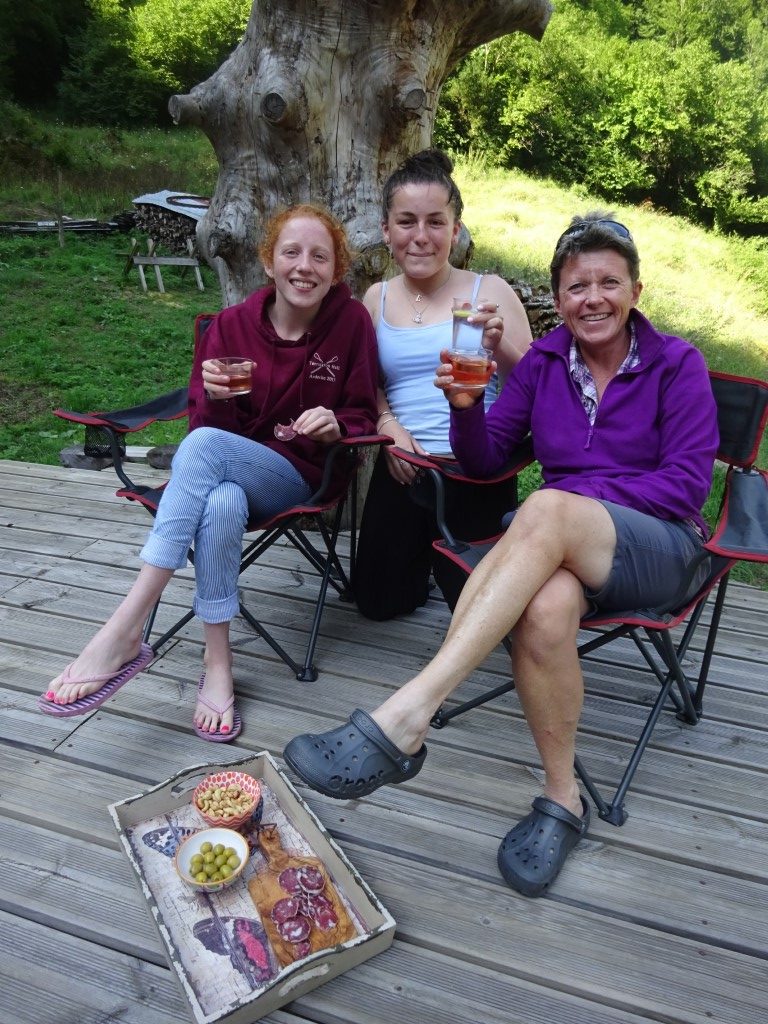 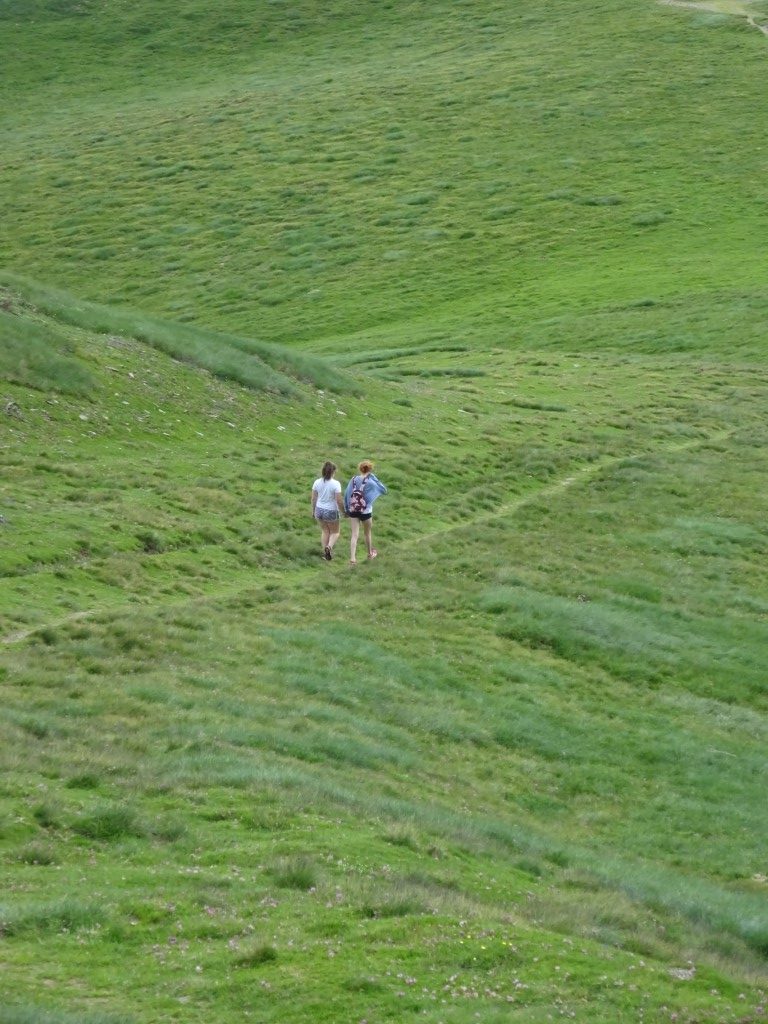 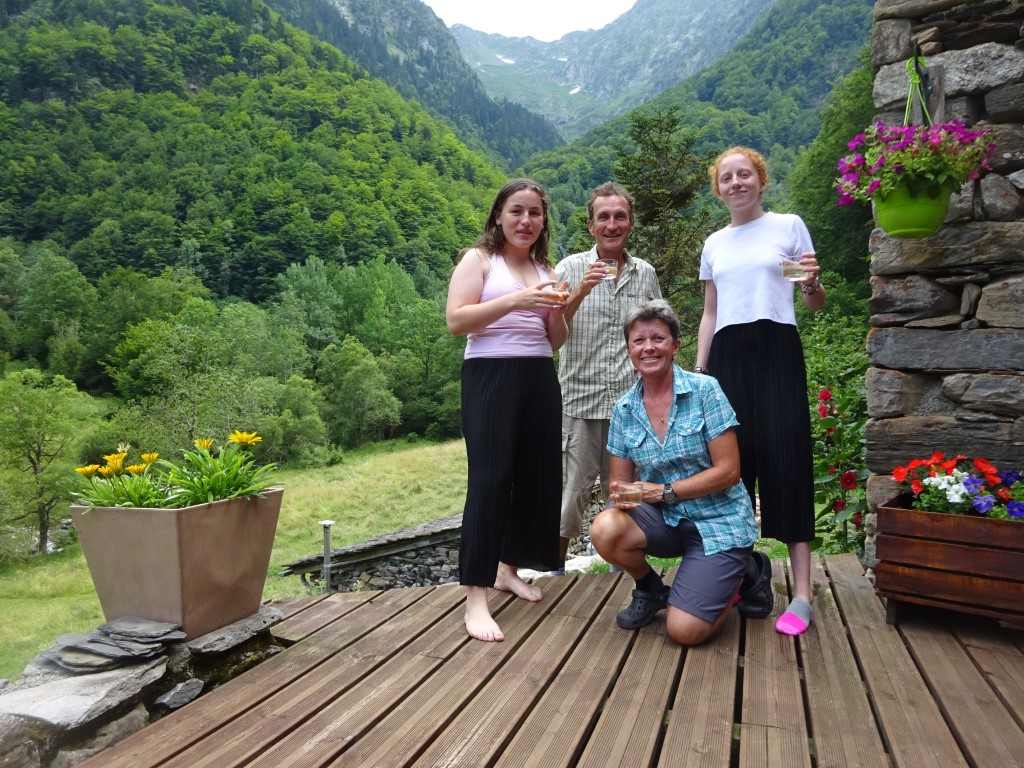 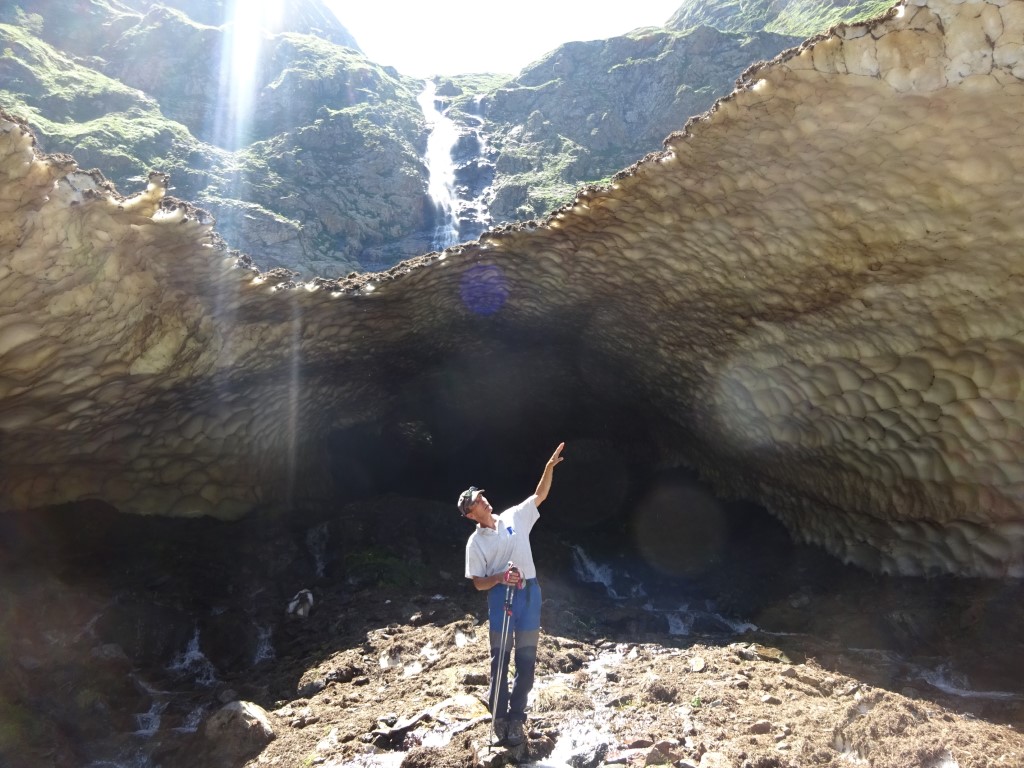 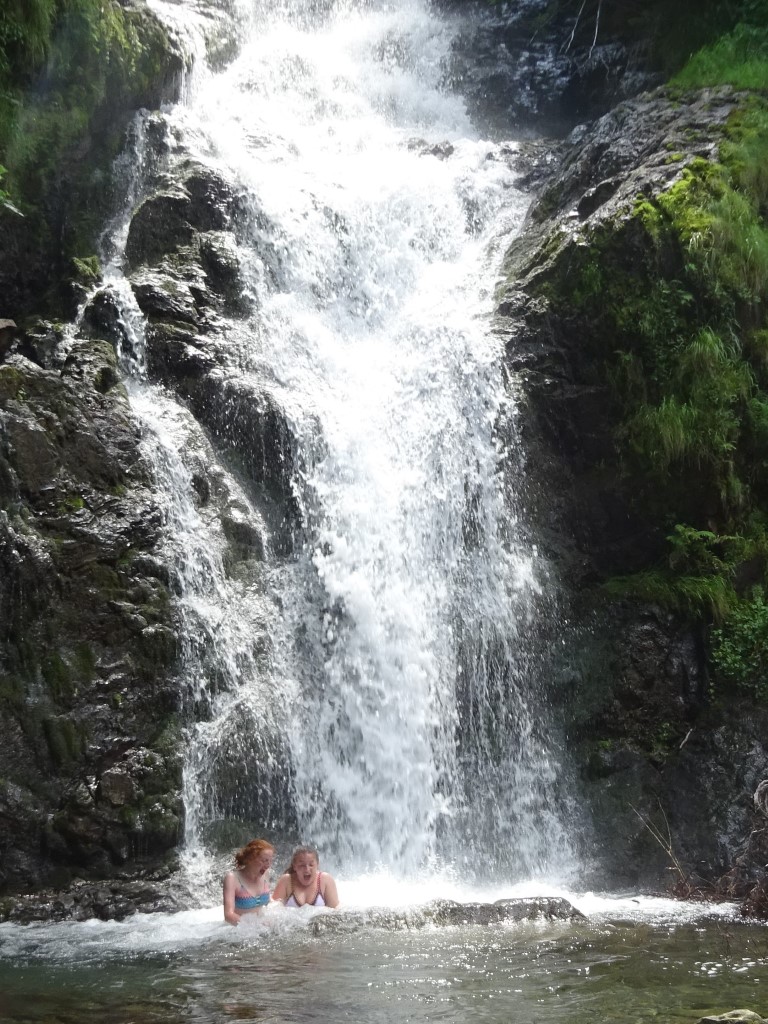 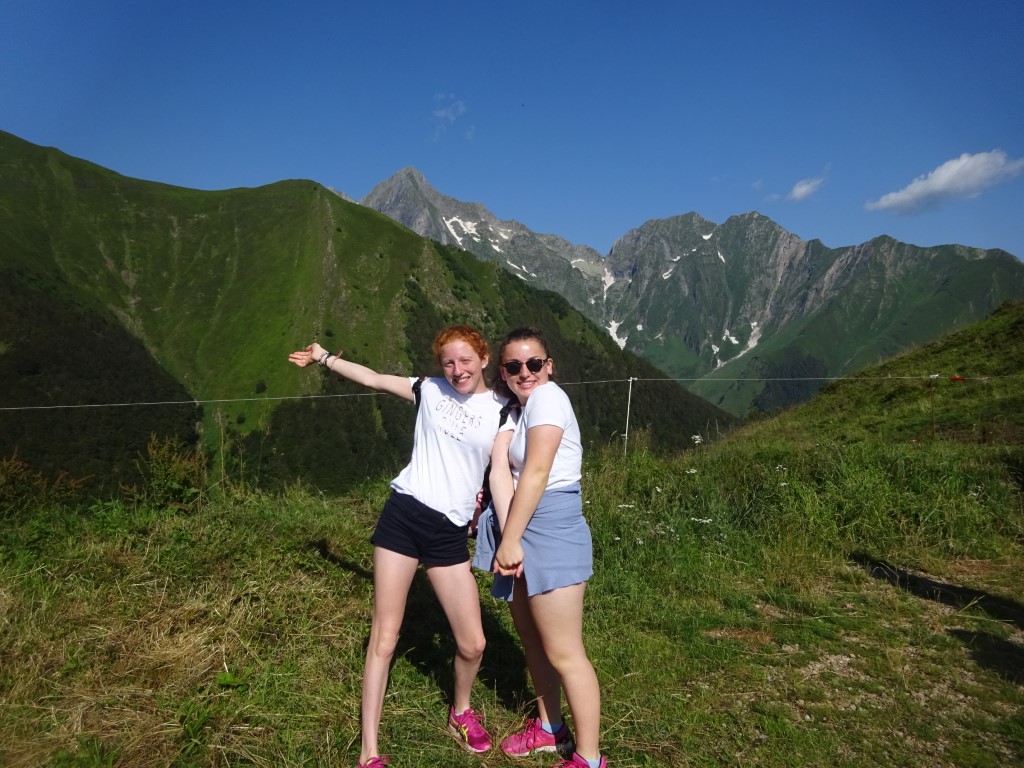 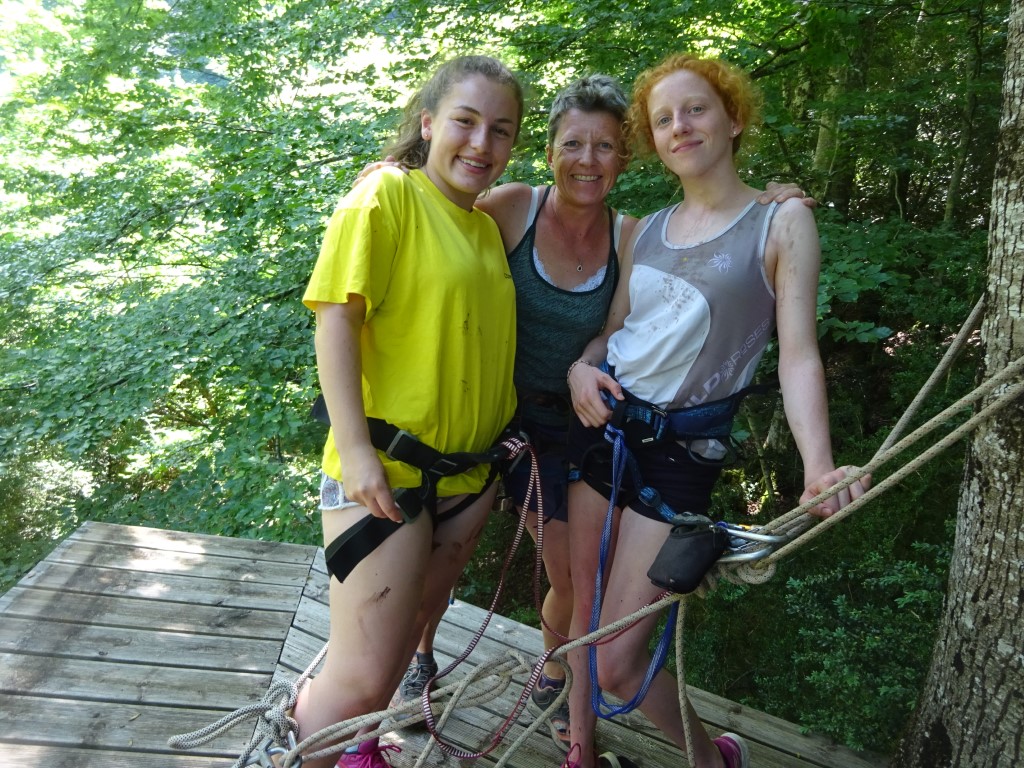 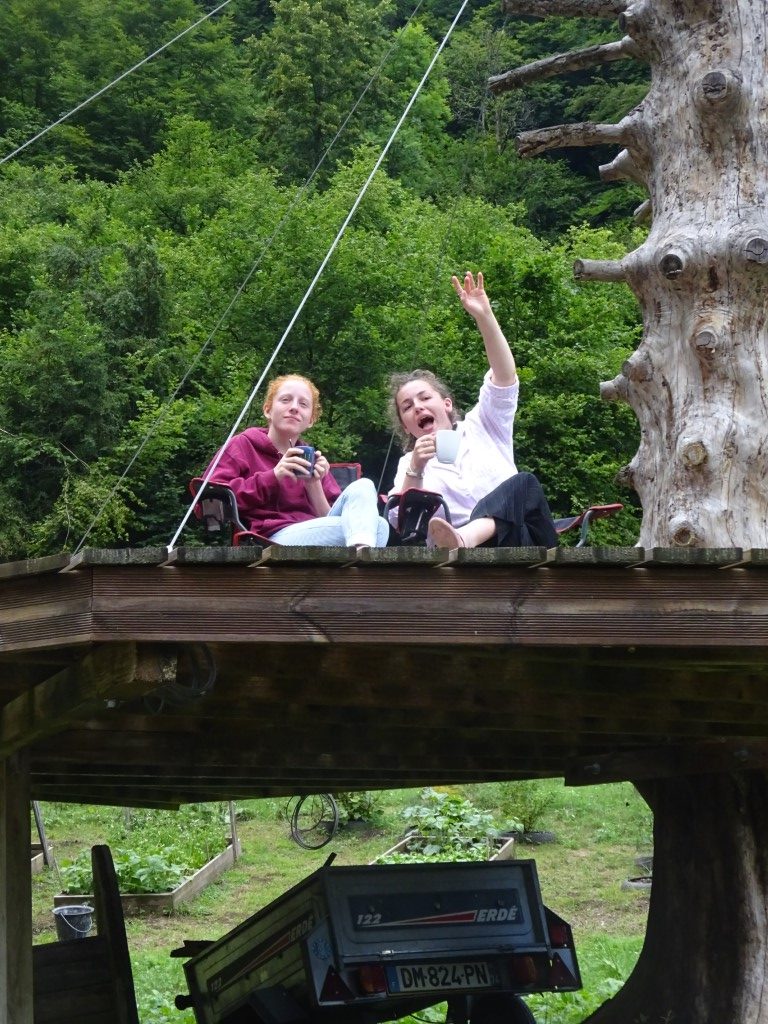 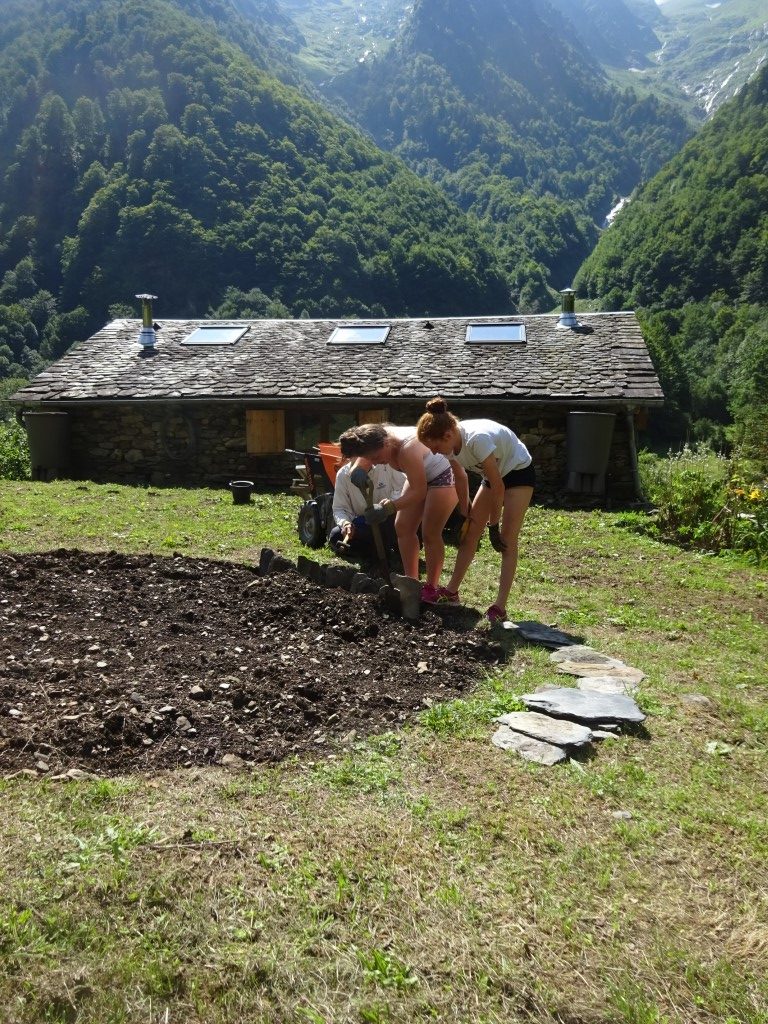 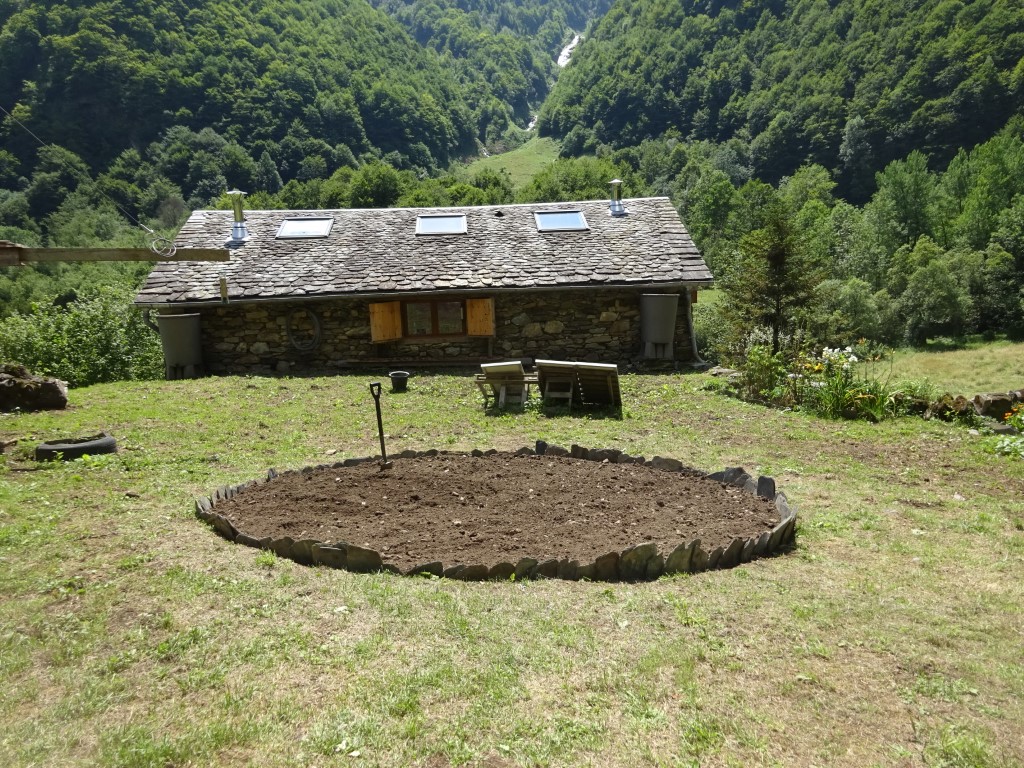 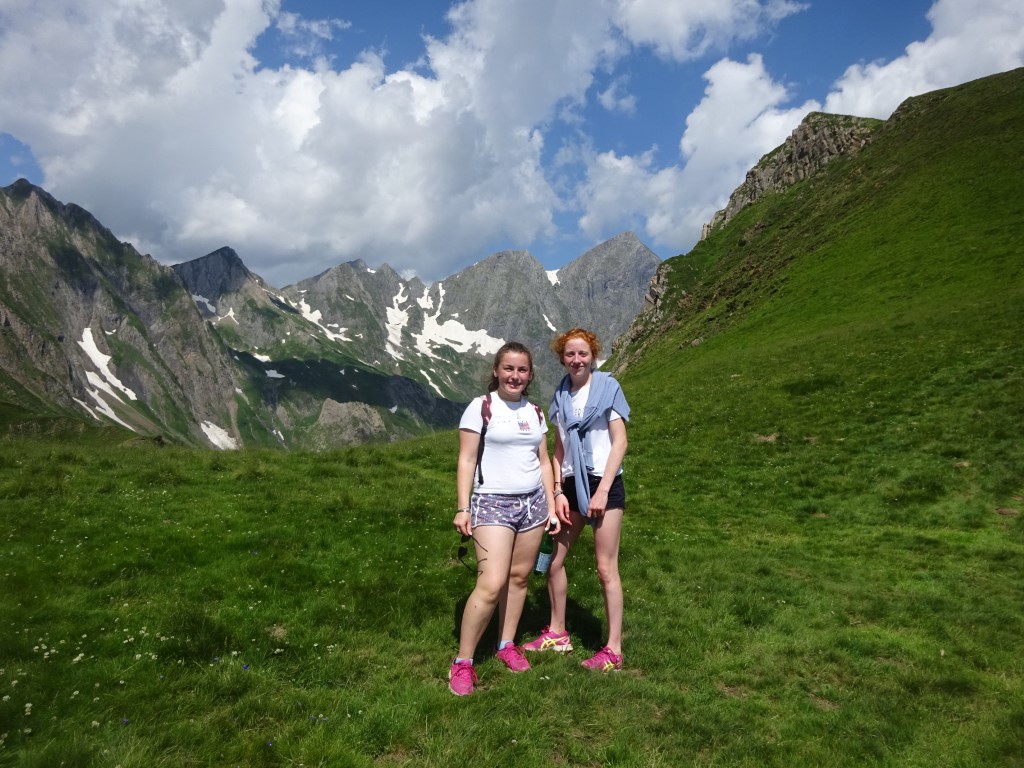