Espana with a tent

Weather has continued to be gorgeous so Breezy had been perusing the maps as usual and enticing Al away for a few days with the tent. Always nice to walk out straight from the barn for the off! Our new Osprey packs which we got for Madagascar are great and perfect size for a few nights away with tent, stove and fodder.

Always a bit of a shocker heading off with a heavier pack but the beautiful camp spots made up for it. After lunch we did a couple of hours slog up the steep terrain opposite towards the Mont Rouch refuge. It is steep the whole way and not much let up, the path was in a shocking condition to say the least and neither of us were looking forward to the descent and had already hatched another plan for the descent! Great view of the barn though from an aerial point of view. Got to the refuge and there was just a French couple there, and we pitched our tent in a lovely spot with fab views, no wind and peaceful as. Cards, cups of tea and then the last of the Westler Ration packs, slightly out of date but fine except the brownies which we threw to the birds!!!

Al had his new thermarest from the Ski Cham Gang lot, which is VERY comfy so he tells me!!! A fab pressie.

A leisurely start with brekky and packing up the tent but off up the hill just as the sun hit us towards Mont Rouch and then a wee scramble across to the Spanish Mont Rouch. Just 2 lovely Spaniards with us briefly on the summit with a much better map than ours for the Spanish side so we grabbed that for some extra info re the descent. Stunning views all around and no clouds about at all, perfecto! Plan was to descend down to Spain and the Mt Rouch refuge by the lakes. This area is stunning with 4 or 5 lakes. Took in a couple of peaks before descending to the 2nd lake where I had a swim bracing but lovely! and then we had a late lunch. It was not a well marked path but we scrambled and picked our way down with no problems. Strolled on to the 1st lake to find a camp spot next to the lake, nobody about at all idyllic.

Another nice evening with cards, cryptic crosswords, more rat packs, dodgy cups of tea and an early night. A fab day out.

Last day so early start in the hope of doing the ridge to Cap Rhuos, sun was coming up as we set off at 7am an d up to the border for 8am, after picking our way up from cairn to cairn. At the ridge, clouds were a swirling big time, no vis and moisture in the air… to do the ridge we needed good vis for sure and we were not sure which way the wind and weather was going to blow! so we decided to play it safe and return via a new lake above the refuge and down the dodgy path which was even worse on the descent! Anyhow, it made the day a little shorter and gave us time to pop down to the auberge with a bottle of bubbles for Rene’s birthday and to have a catch up with Anouk and Rene. He seemed to like our homemade golf coat hooks made from some of Dad’s old clubs.

It was baking hot again so we had marinated chicken and a good salad with loads of goodies from the garden before crashing pleasantly tired. Fun few days and really nice tobe exploring with a tent again and as always lovely to get into Spain. 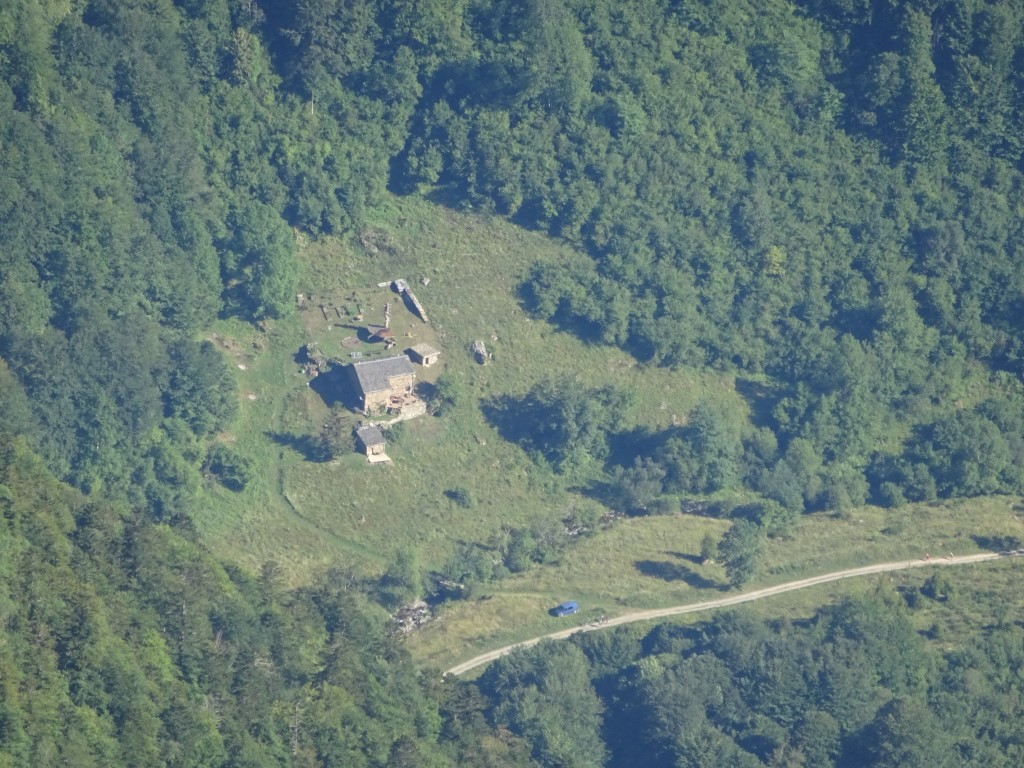 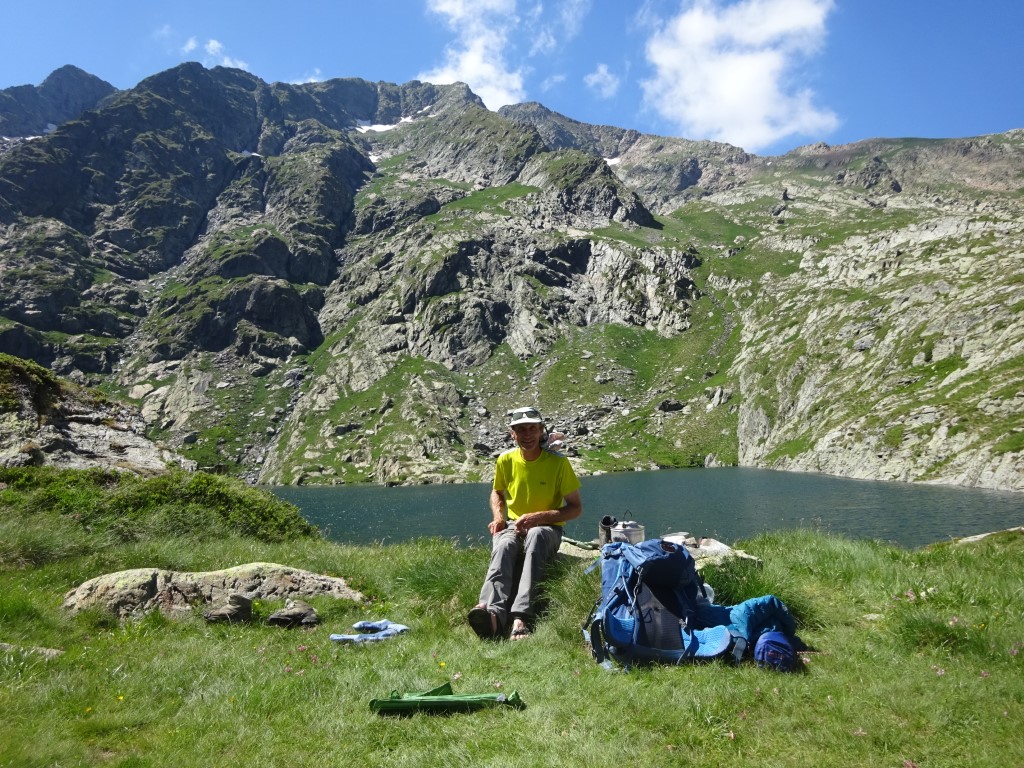 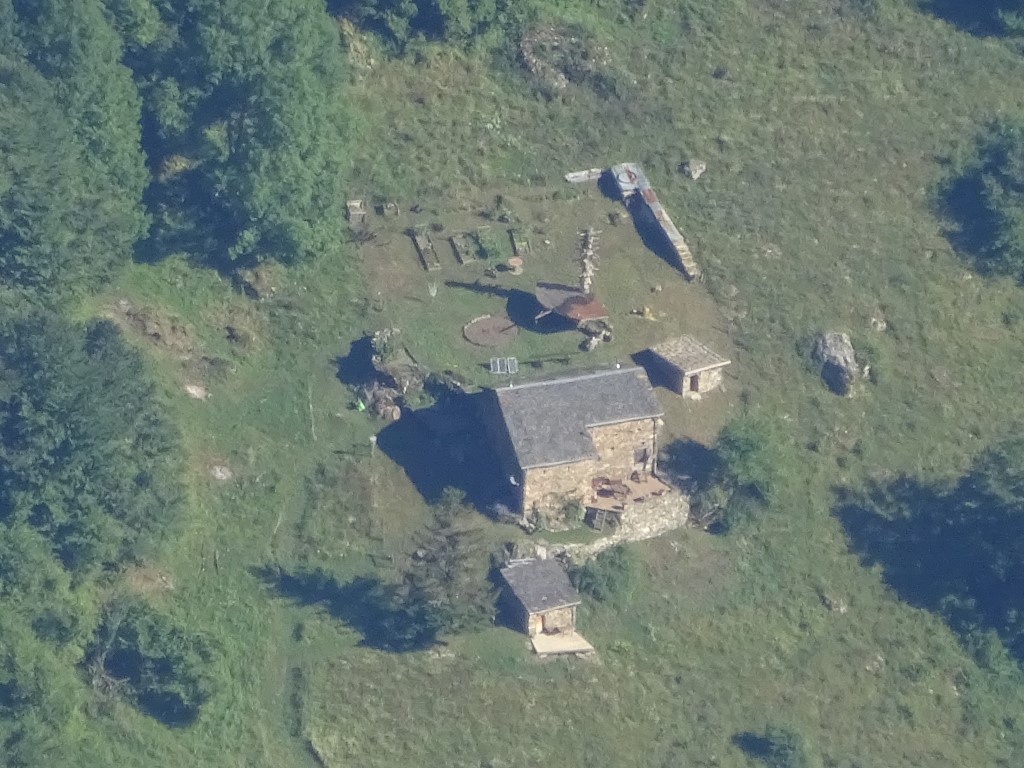 Aerial view of the barn 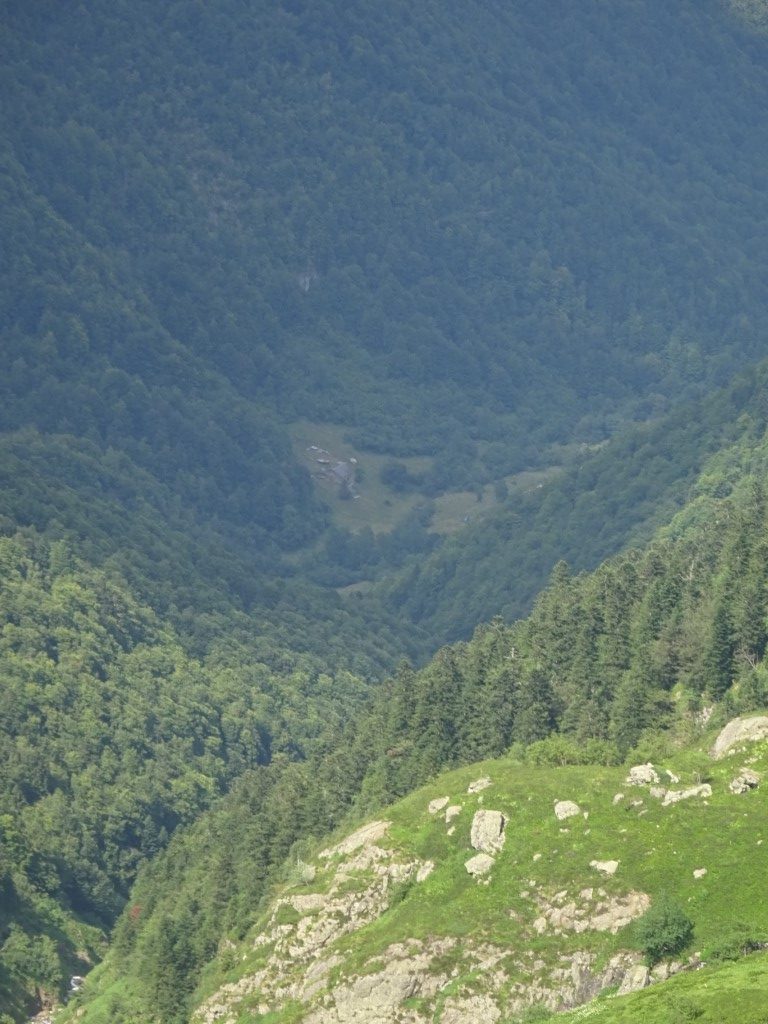 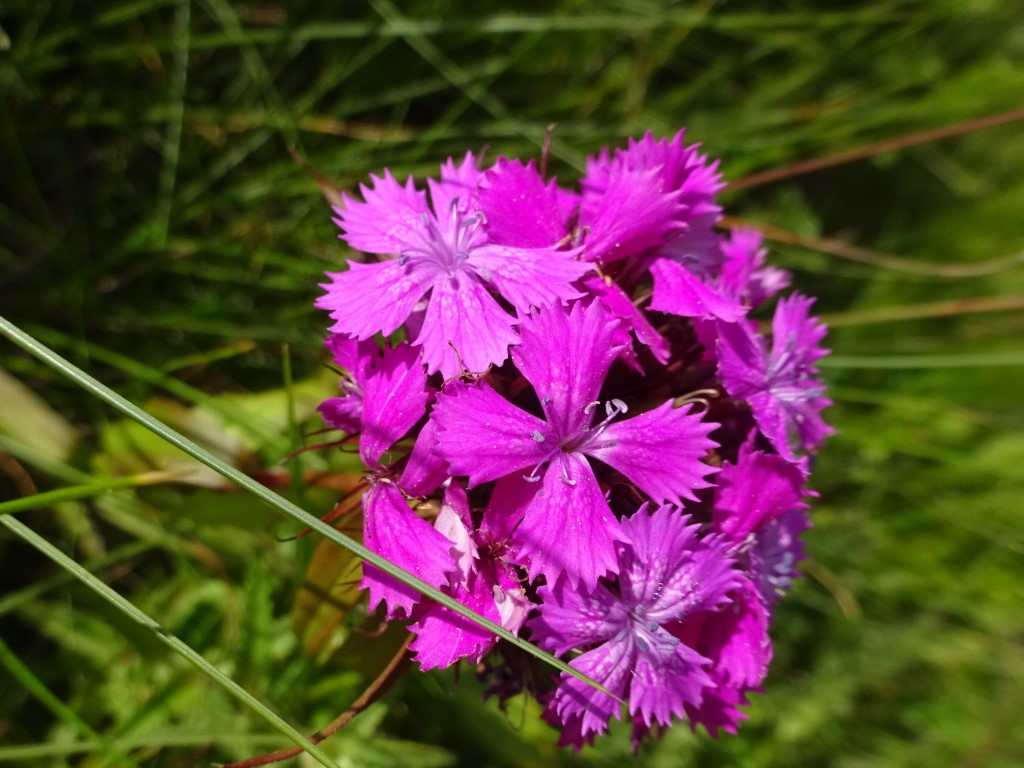 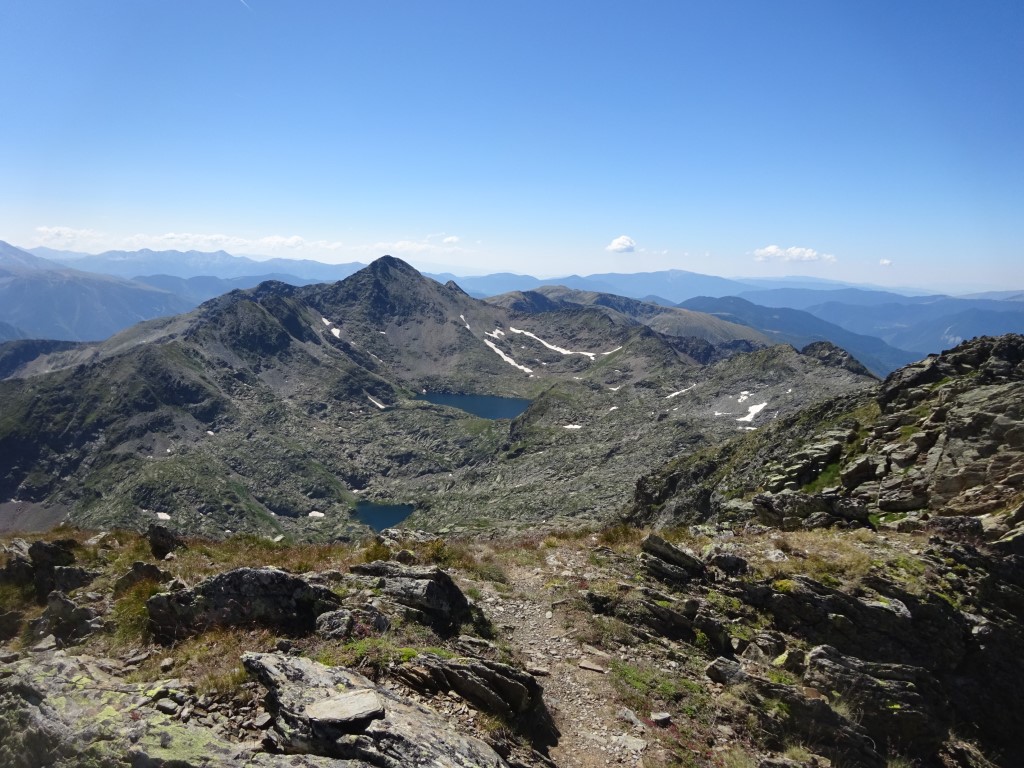 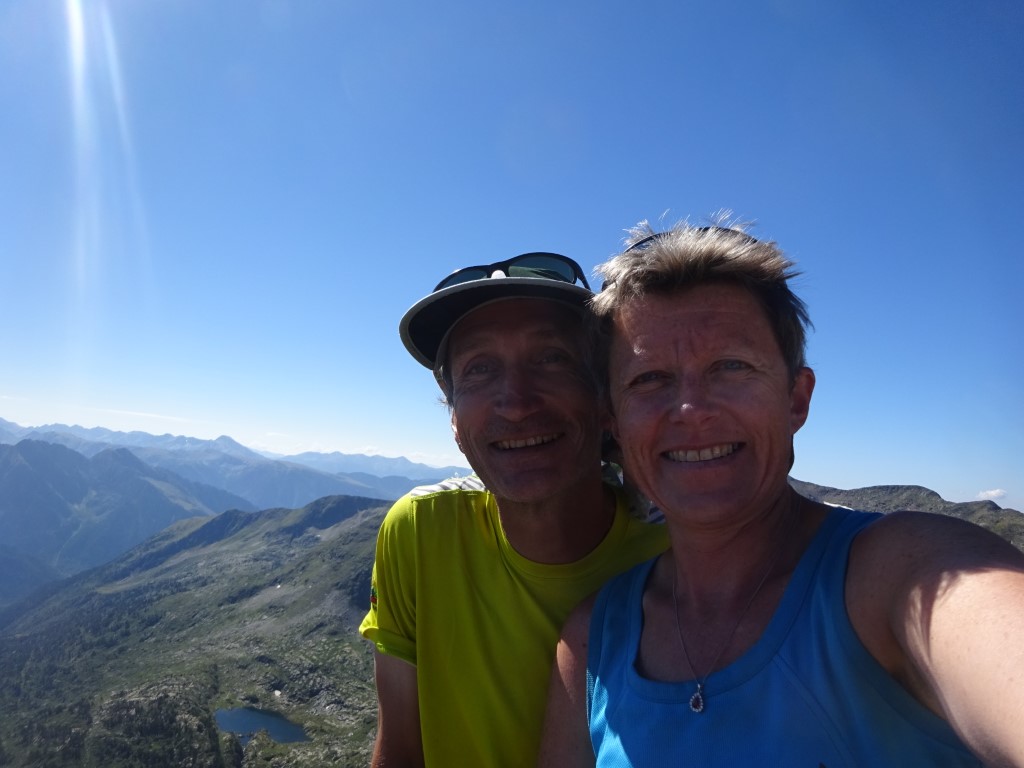 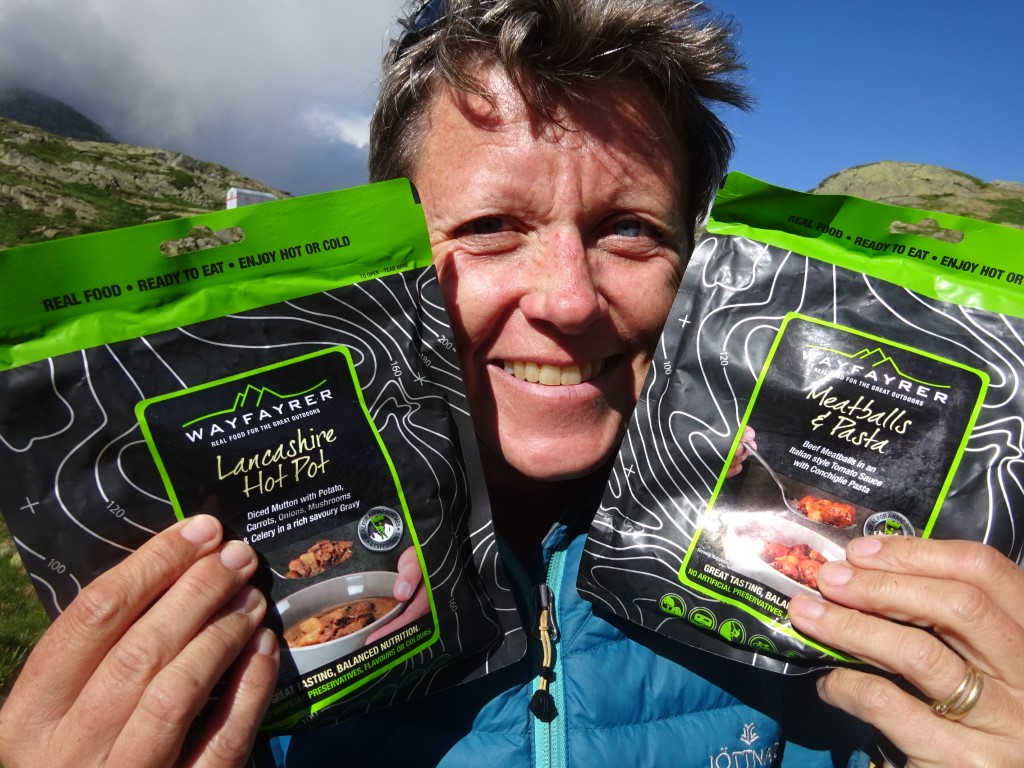 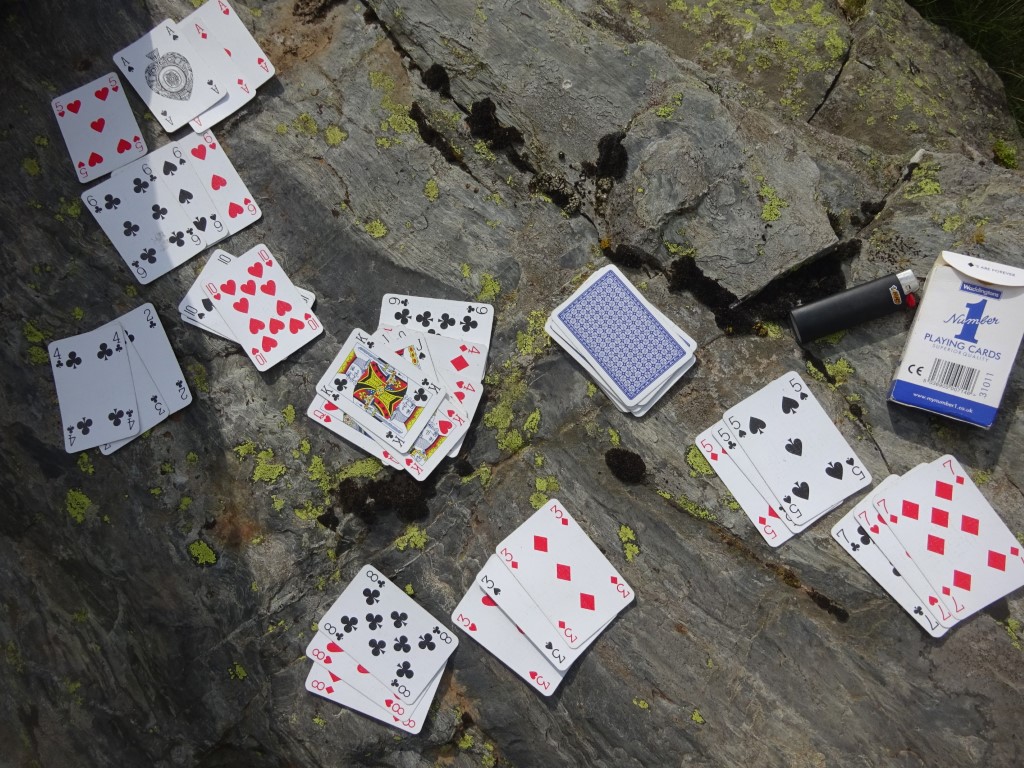 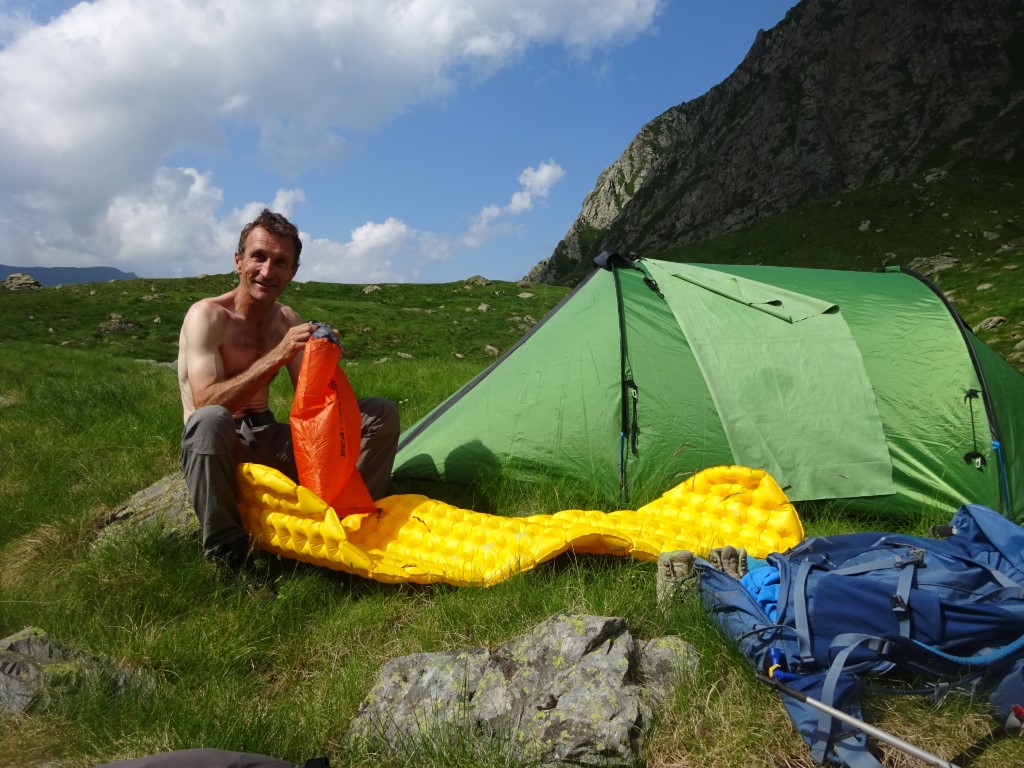 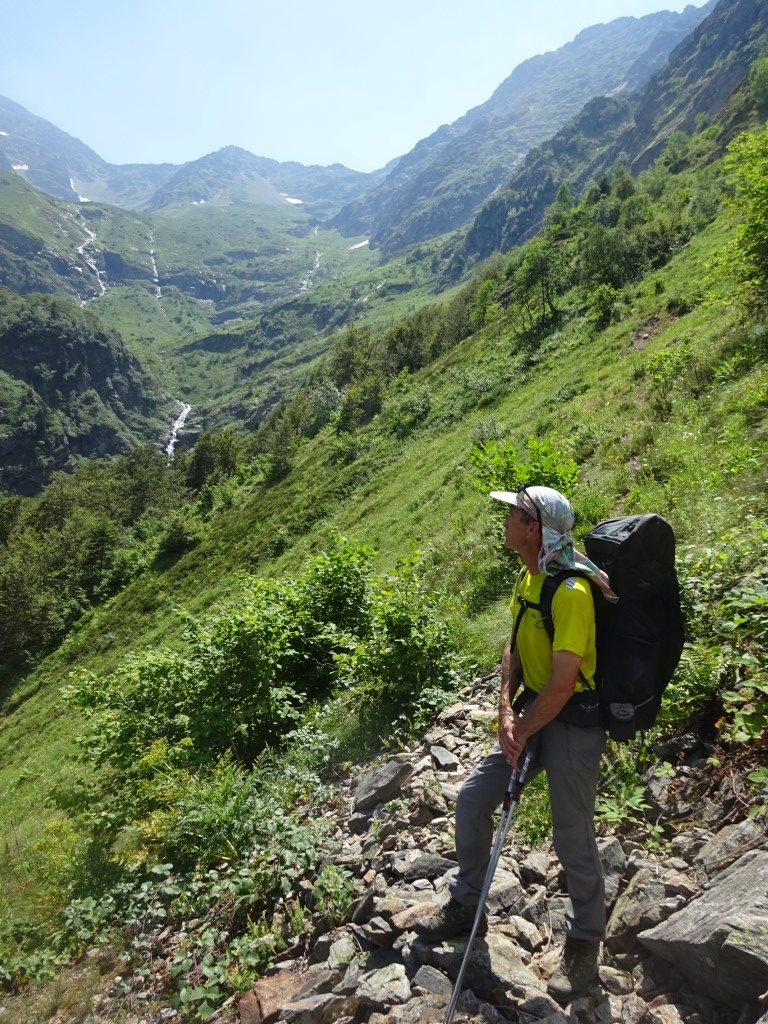 Mont Rouch the way up 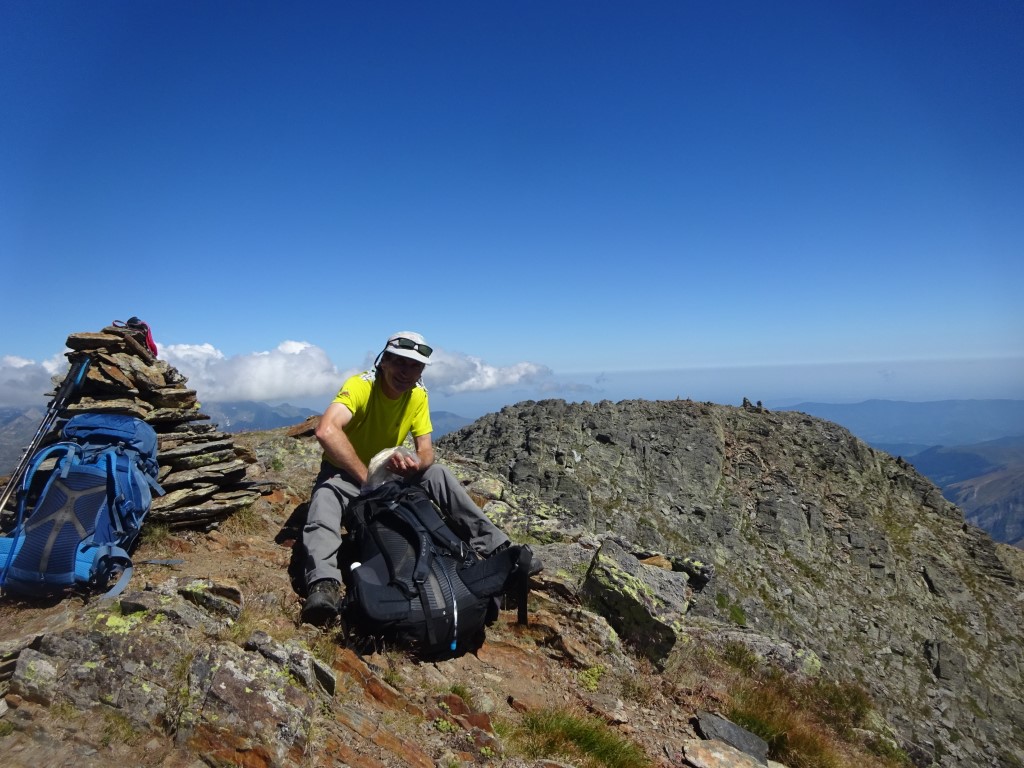 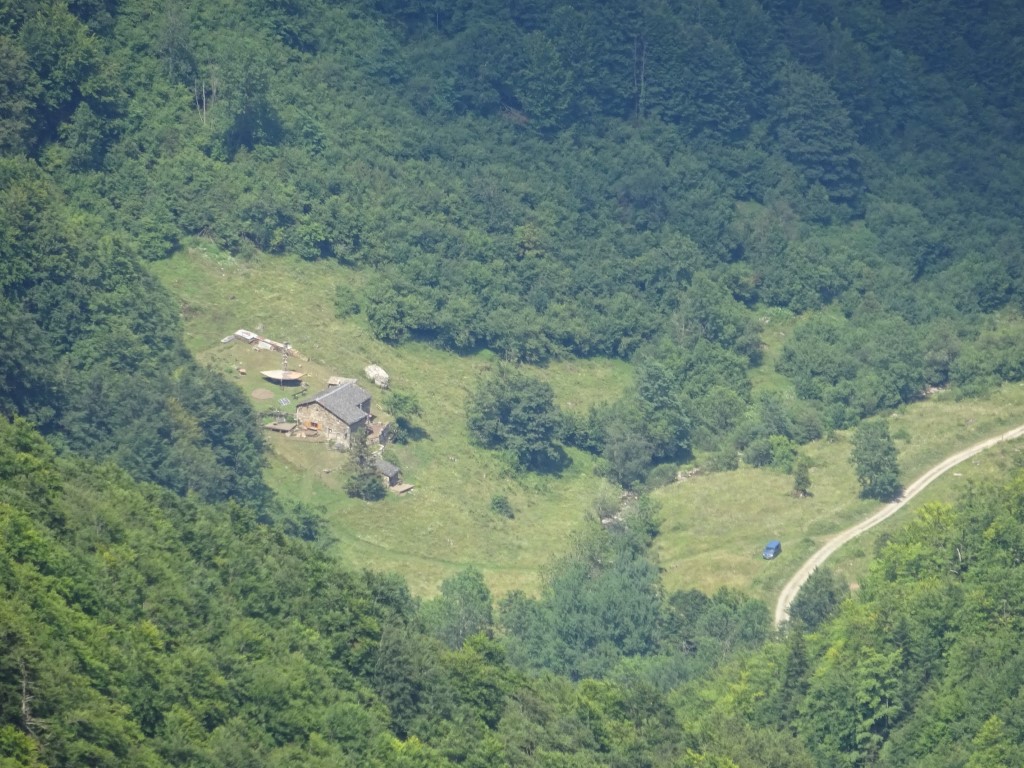 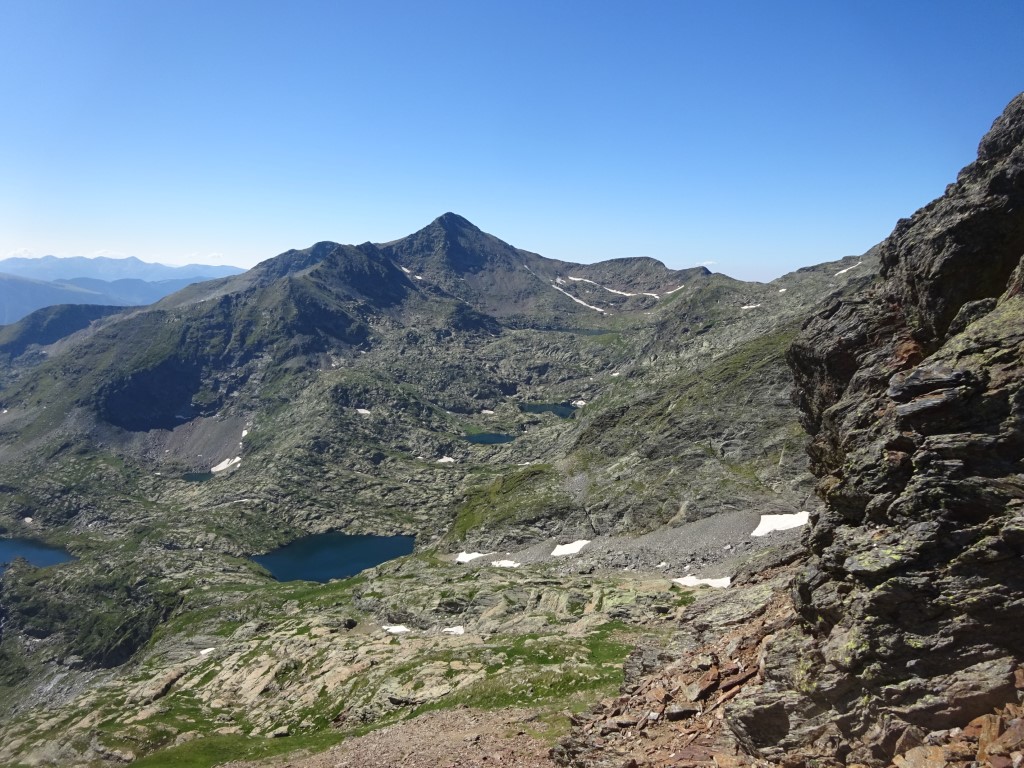 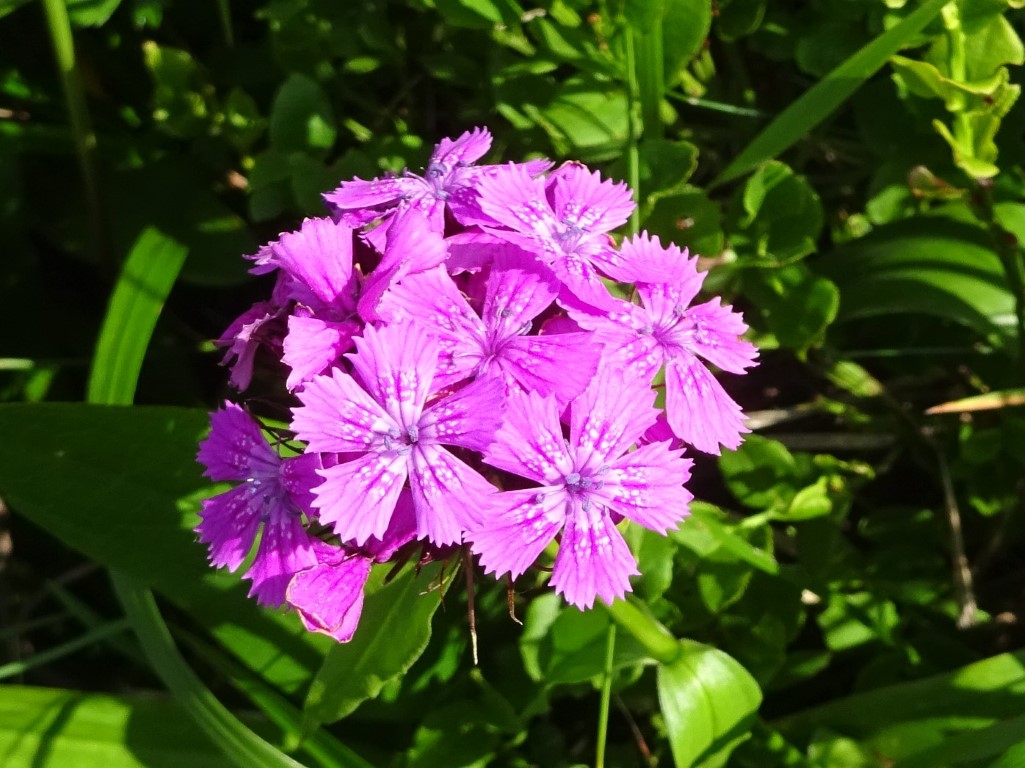 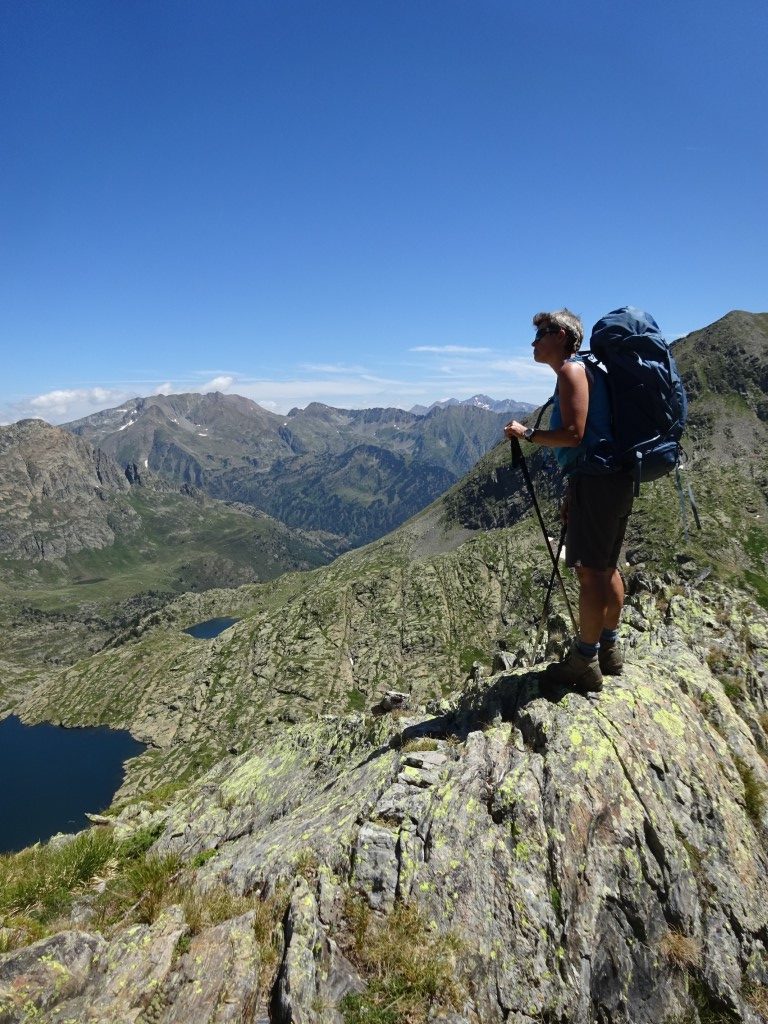 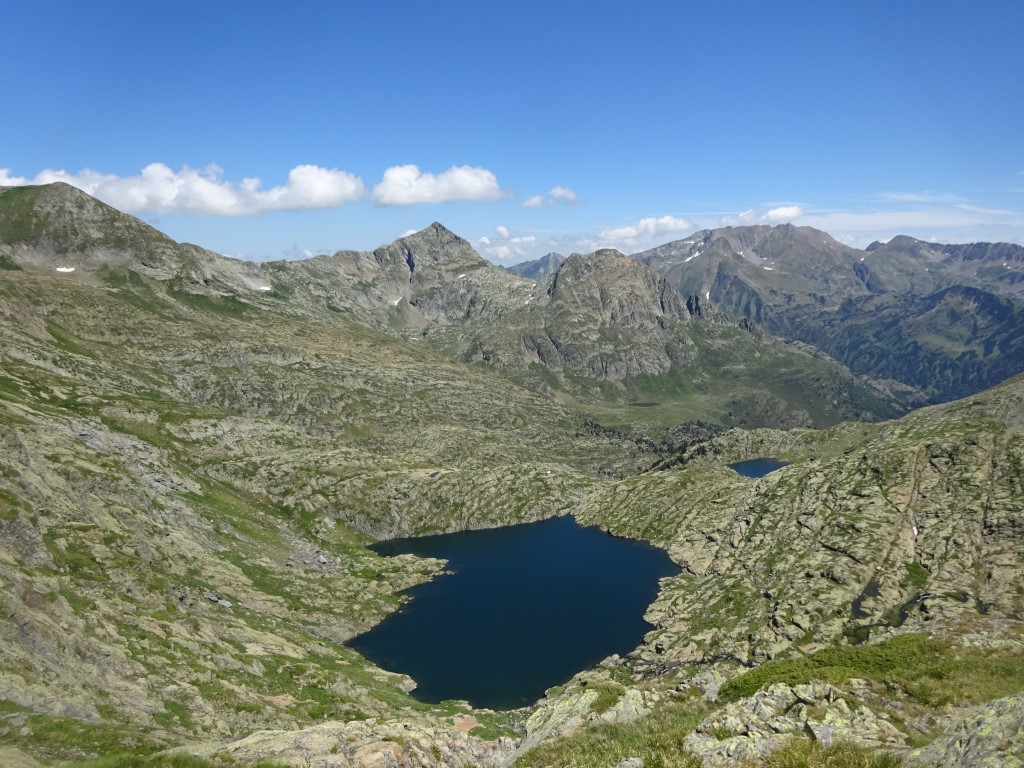 The barn in the valley 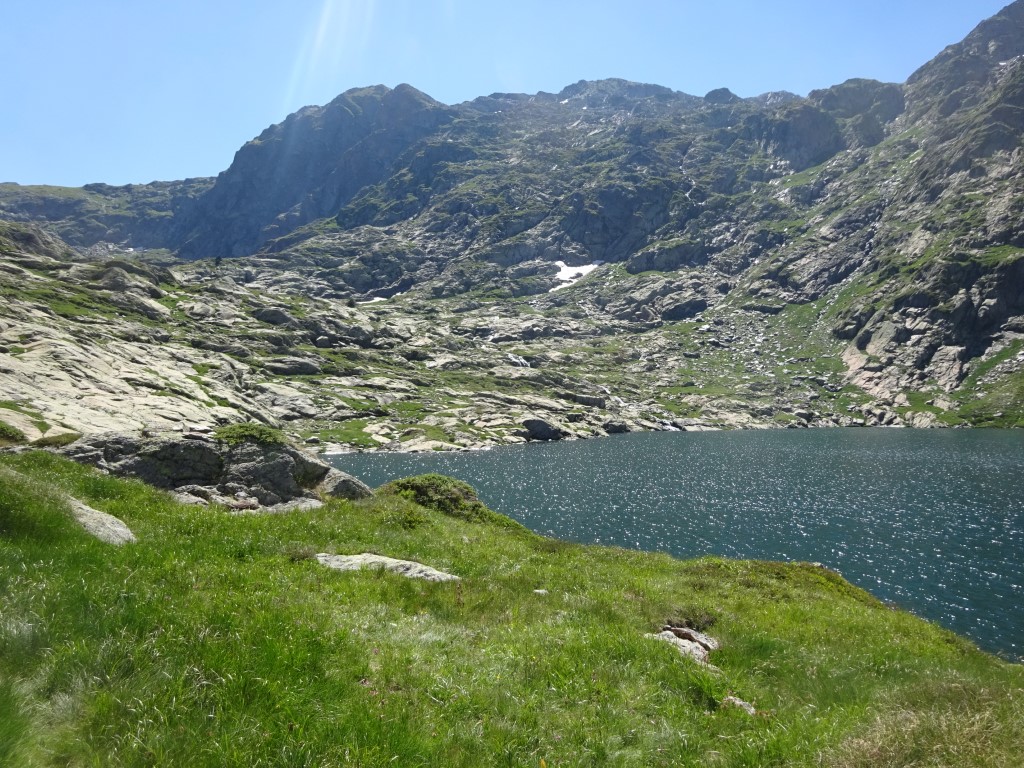 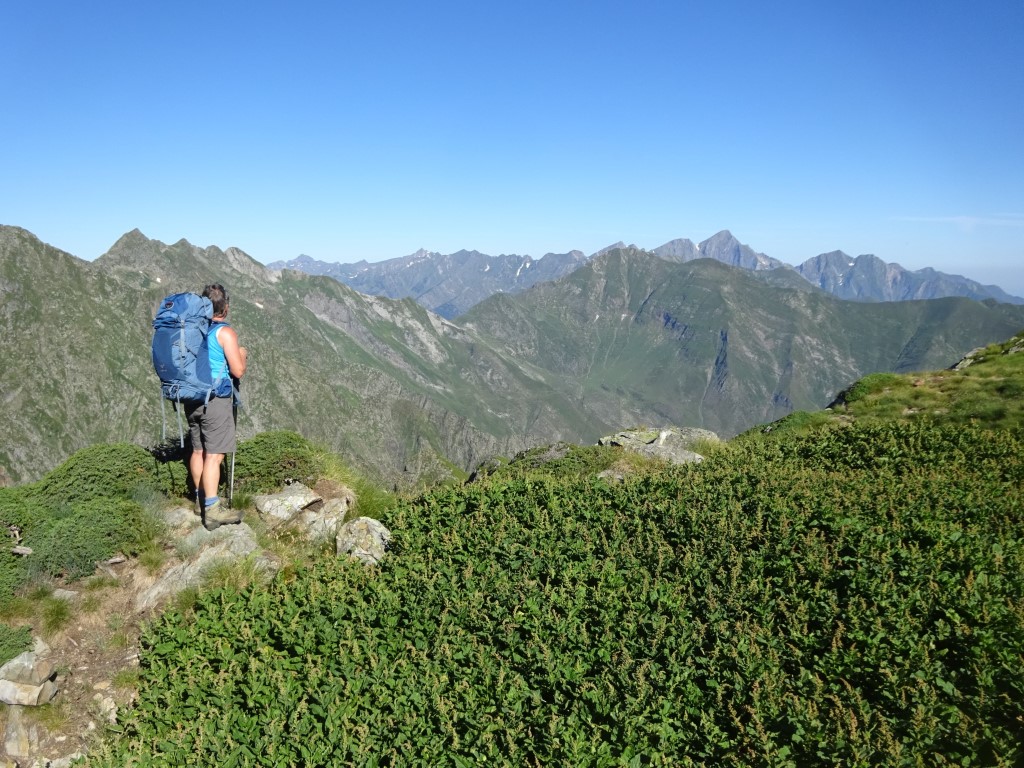 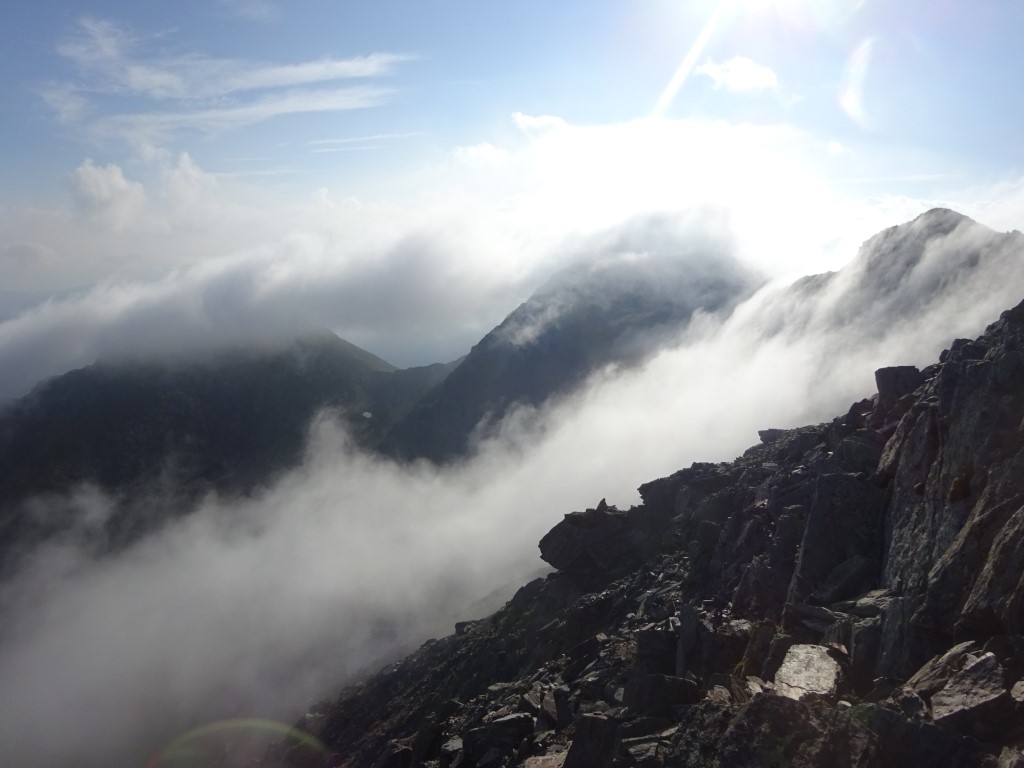 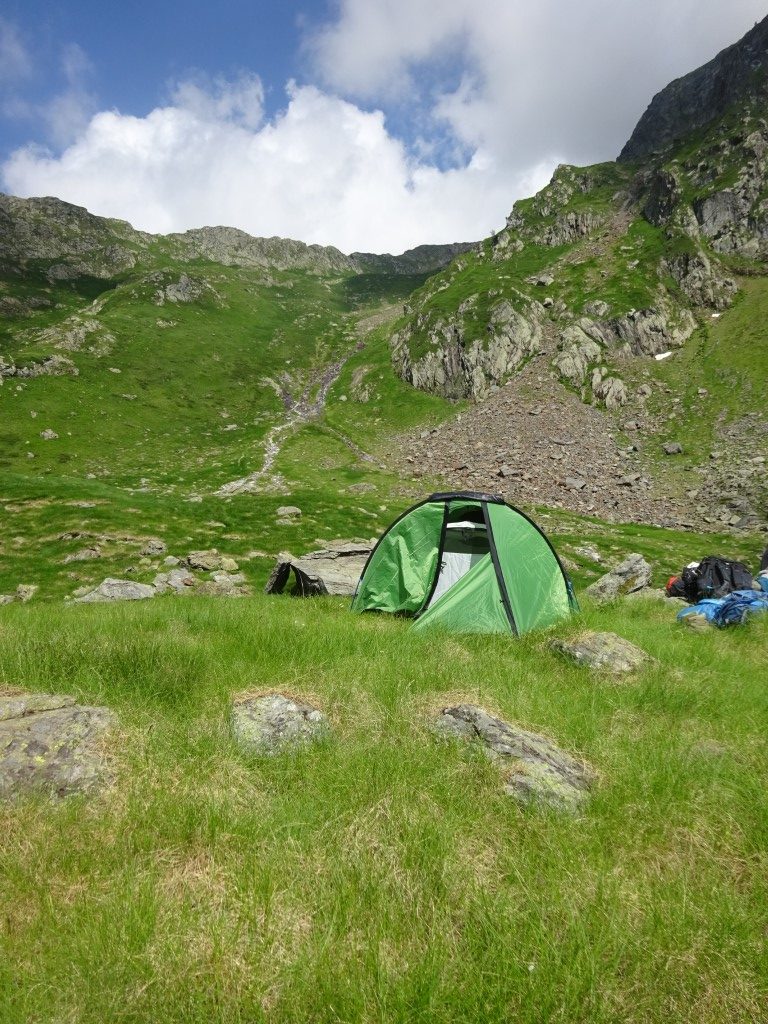 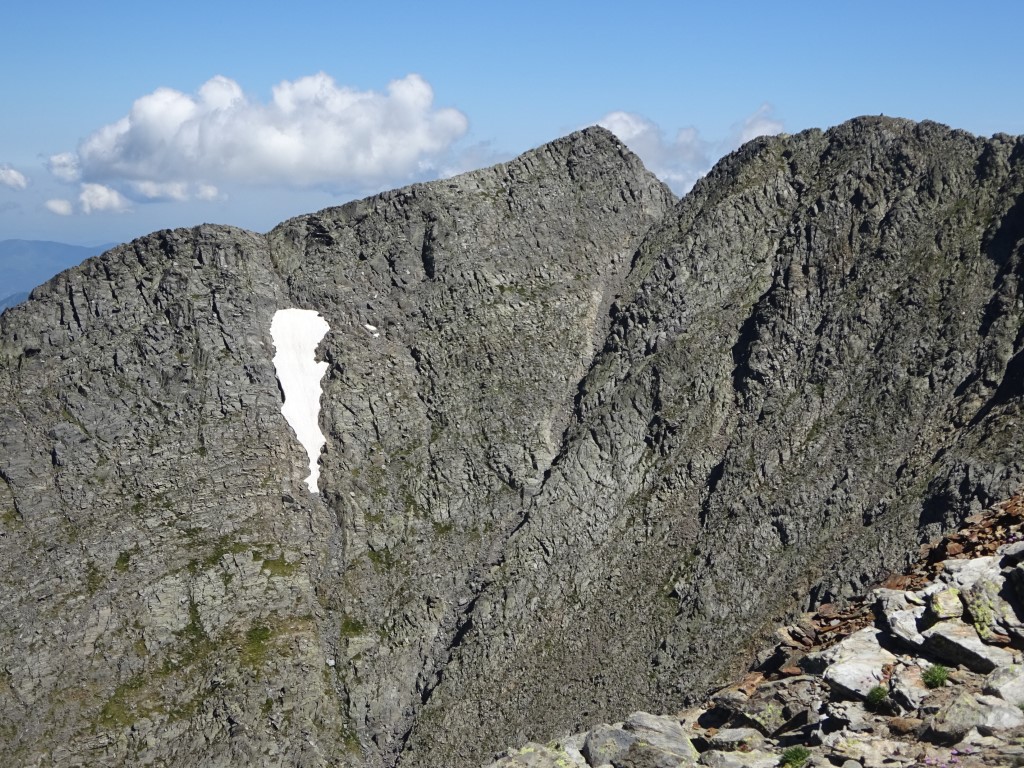 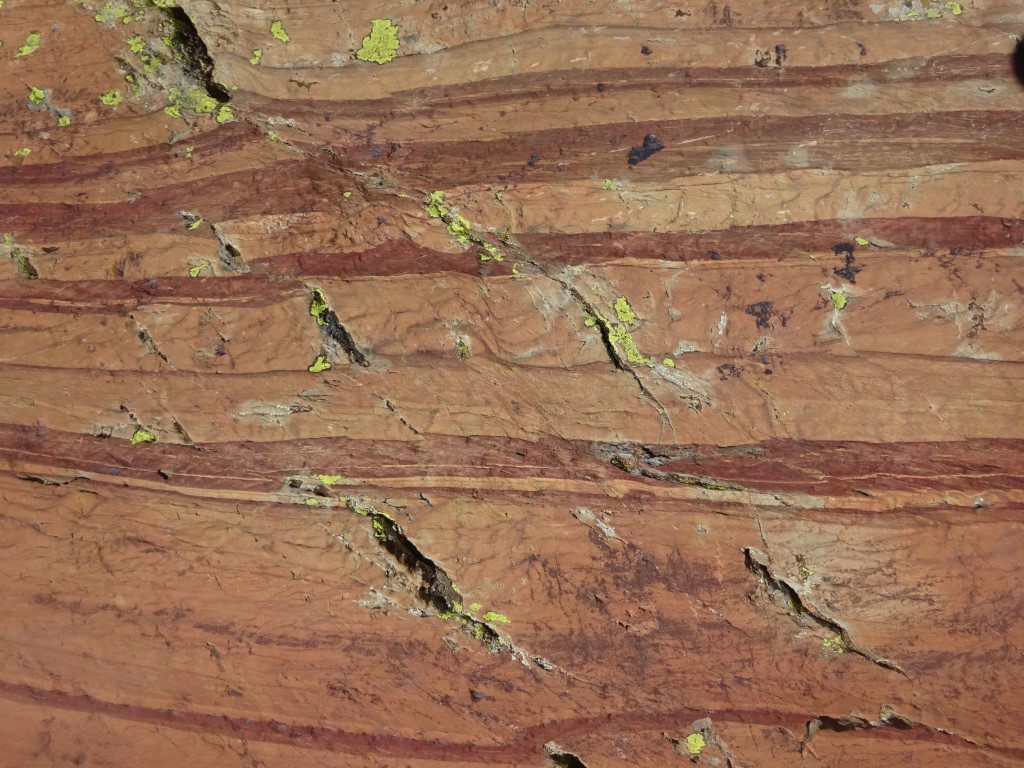