A social start and end to the week. Alison popped up for coffee on Monday morning and then Monday lunchtime we were invited for an apero with Didier and Vero in the village. They bought a run down house on the outskirts of Salau and renovated it beautifully. Thin and long they have made a fantastic use of the space. At the end of the week we had Ian and Nine over to ours for lunch. That worked out well within getting Billy (the VW) into the garage for a new thing to be fitted to the front end. Breezy drove to the garage in Seix and they picked her up and came up to the barn and dropped her off again in the late afternoon. Lunch was great fun with marinated chicken and sausage off the BBQ with a lentil, green and a potato salad; all taken on the front terrace under parasols to be cool enough. Then pineapple marinated in rum, honey, lime and mint with apple yoghurt cake followed by coffee; taken indoors due to the torrential thunder storm.

On the DIY front we have been applying lime mortar to seal partition walls to the stone walls and generally trying to make the place more animal proof. So far the red bedroom and the far porch have been completely pointed up with mortar. The green room is now completely plasterboarded out, joints filled, sanded and pointed. All the electrics for the green room lighting are in place awaiting fixtures and switches.

Generally there has been a lot of cleaning of both the barn and the outbuilding. The outbuilding in preparation for guests and the barn as a result of living above a building site.

Food wise, we have made another batch of red currant jelly. The BBQ has seen some action with pork, sausage, chicken and duck on different days and we have been experimenting with different salads and stir frys with produce from the garden. The garden is great and the food has so much flavour. I have taken to slicing radishes really thin in salads as they are too hot to be chucked in in chunks. 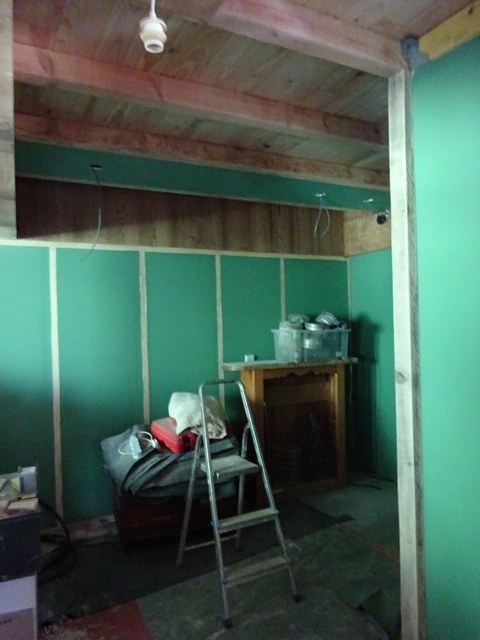 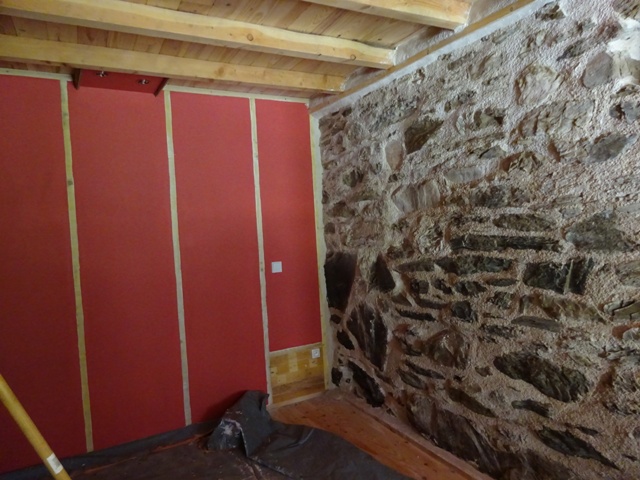 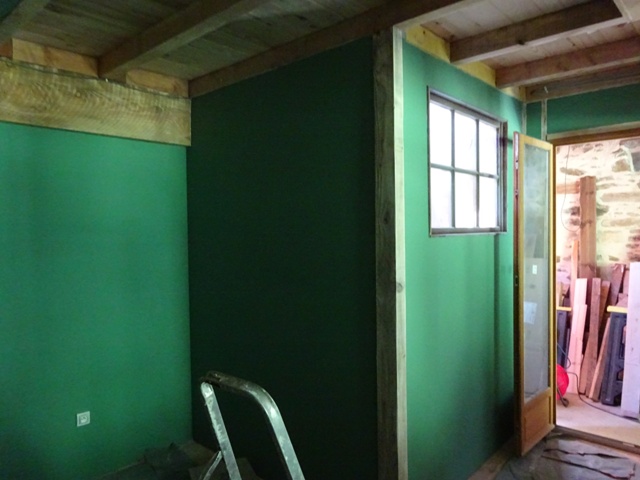 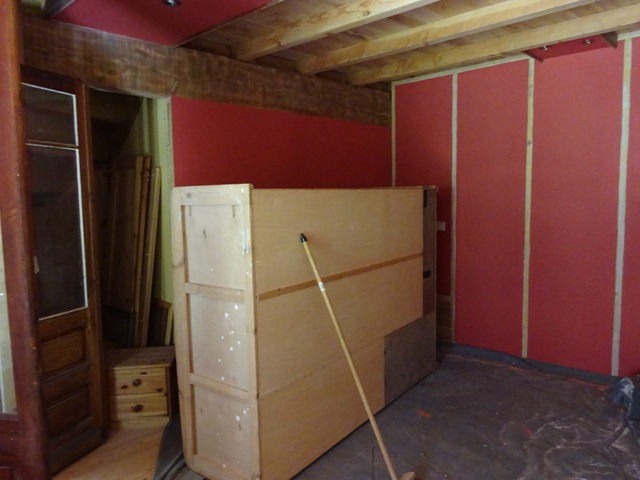 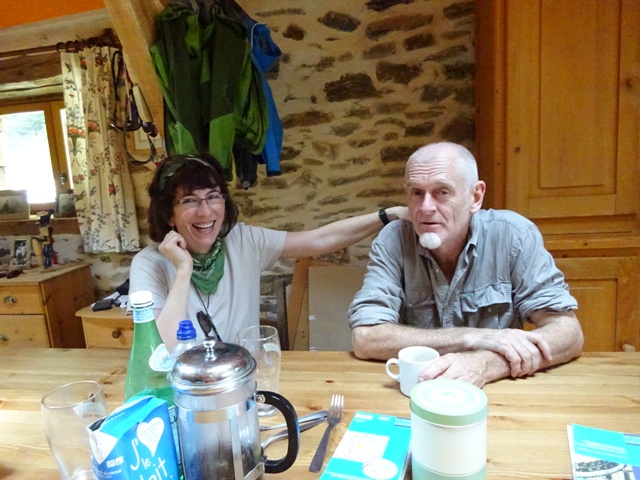 We are definitely note late birds. Still using the old battery, to work the fridge which is all it is capable of doing, we are on candle power. We may have a hand of cards or a read in the evening after dinner but usually we are in bed early. Things will change again in the next week as Ian has pointed us towards a shop in St Girons where we can buy the cables we need for the new batteries and we will have guests from Monday for a week. So electric lights are gonna be on, alcohol consumption is gonna go up and bedtime is gonna get later.