Friday evening and Breezy’s Father, Brother and his two eldest kids arrived for the weekend. Iain has been out to visit several times and stayed at the barn with us on the last couple of trips. Charlie has also been out with Becks but it is the first time for Emily and George.

So having shopped during the day it made sense to do paella on the first night. Though it had been drizzling on and off all afternoon it cleared up enough to have two burners going and the table laid for dinner on the new front terrace. One paella pan with chicken and prawns and the second with pork and sausages. Accompanied with some fine wines we had a lovely evening.

Saturday was overcast and the family were more keen to get stuck into some DIY than explore the area on foot. So the framework for a raised deck went up suspended on wires from the remains of a tree on the back terrace. With five people, a chainsaw, a couple of hammers and tape measures it all went up quite quickly. The evening was not as nice so dinner of roast chickens, herby roast potatoes and stir fried veggies from the garden. Needless to say, accompanied by more wines.

Sun woke us up on Sunday and everyone was keen to get the deck finished so after breakfast the tools came out and the decking planks were applied. A baking hot day with BBQ sausages for lunch on the front terrace, a dip in the waterfall for those more hardy than I and a bottle of champagne on the new deck which has been named the helipad. Down the valley for a cheeky beer or wine and catch Rene and Anouk at the Auberge before BBQ duck breasts, salads and yet more wine. 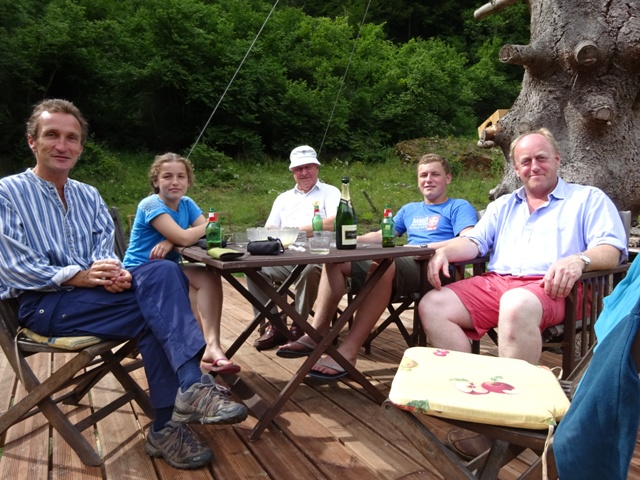 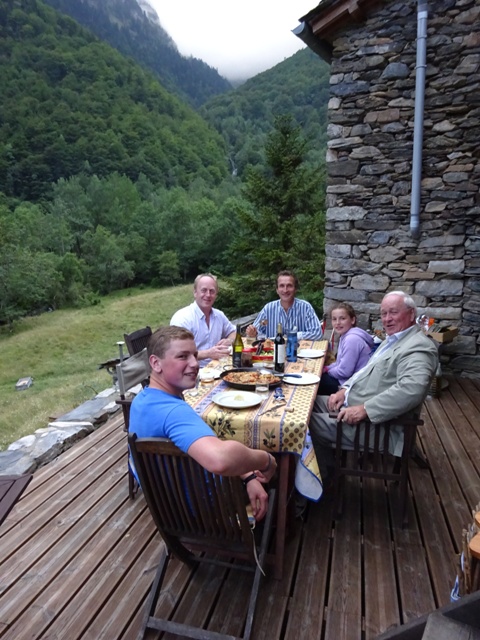 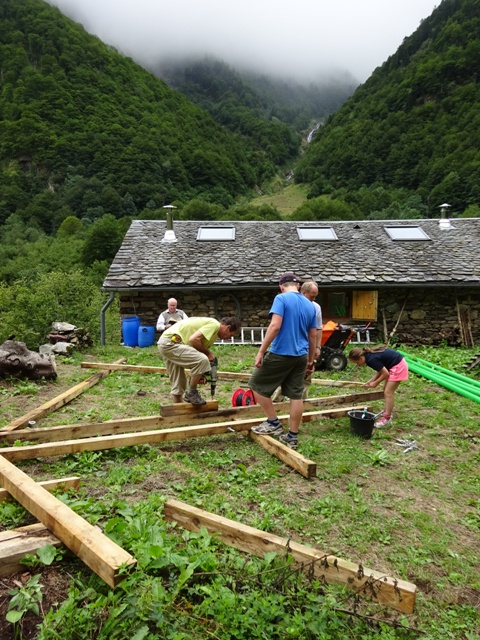 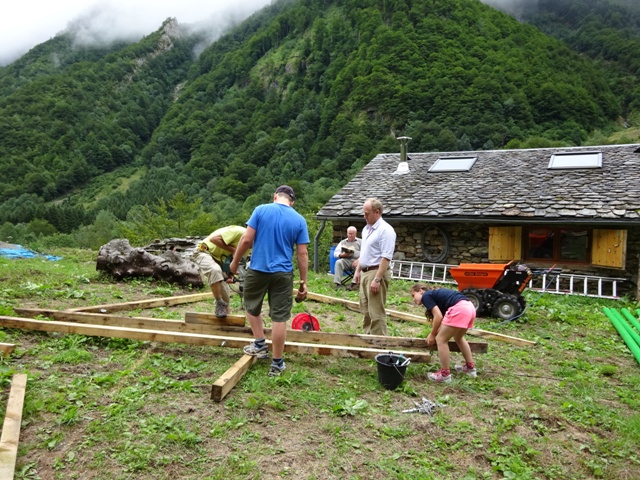 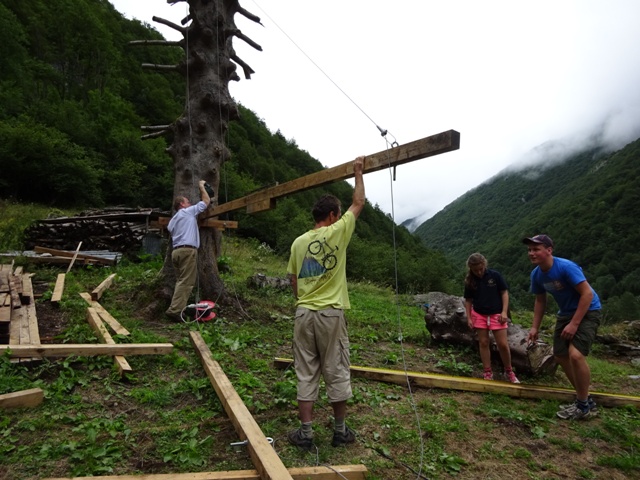 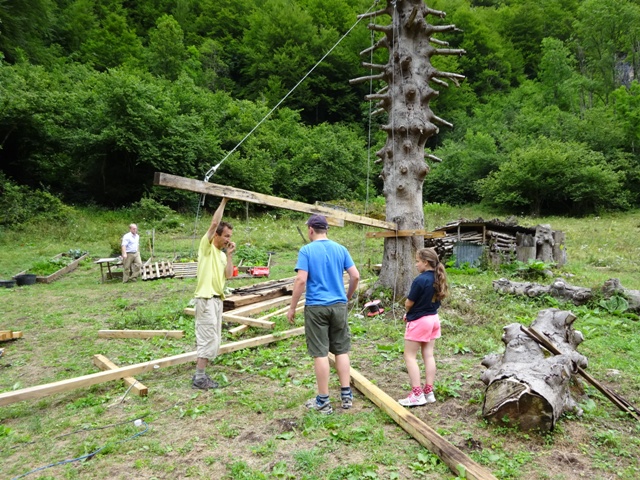 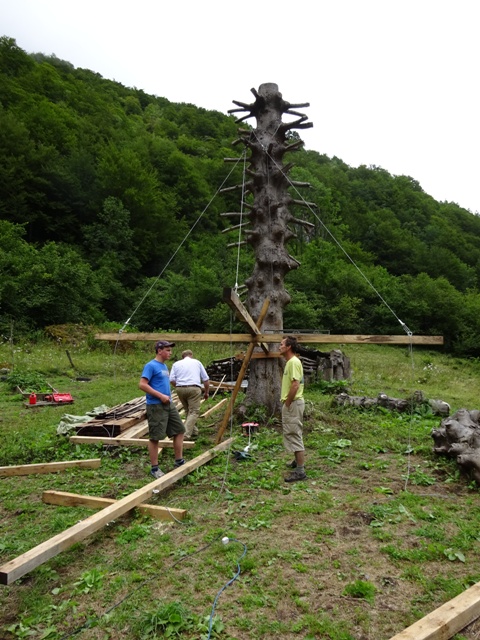 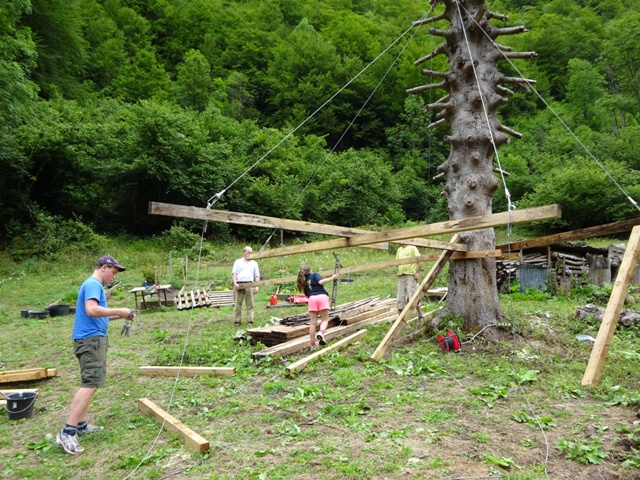 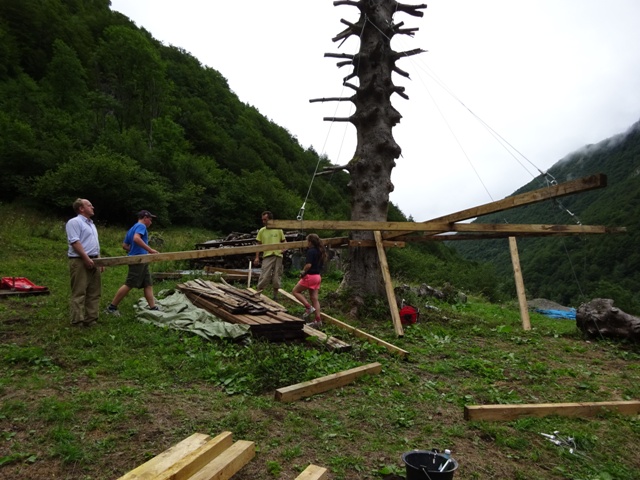 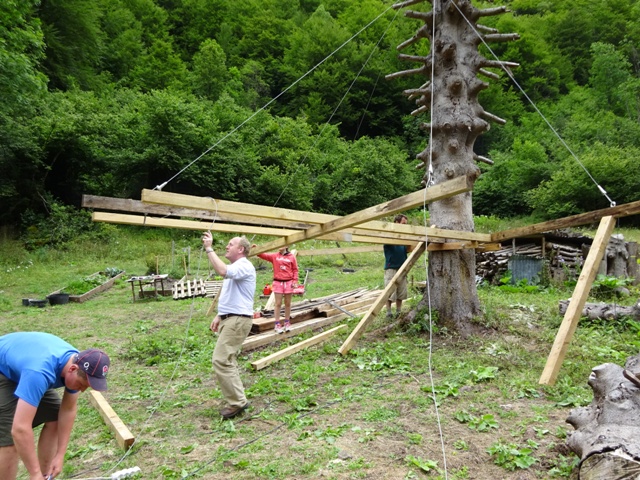 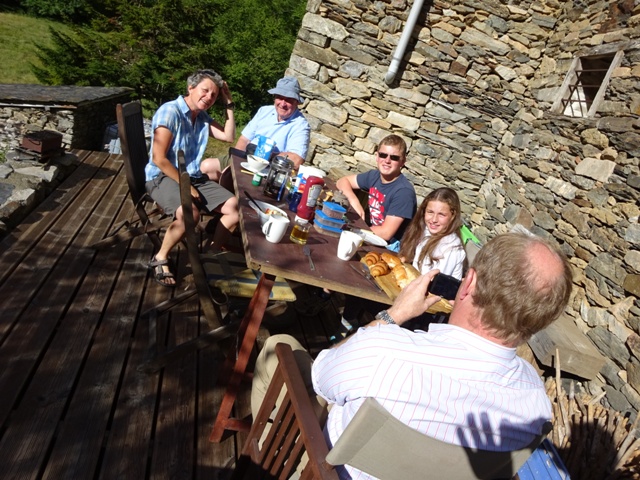 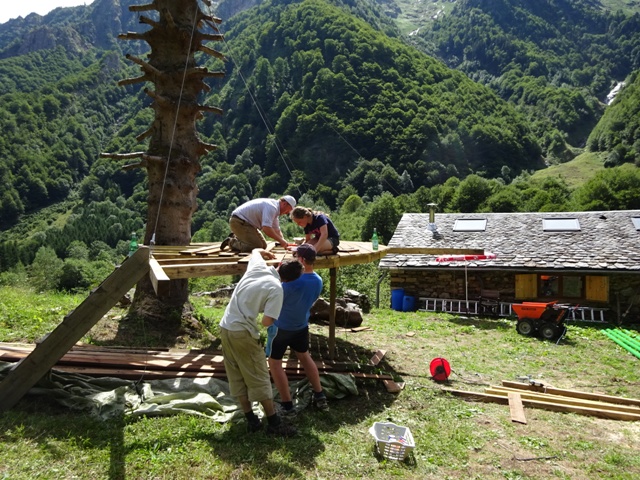 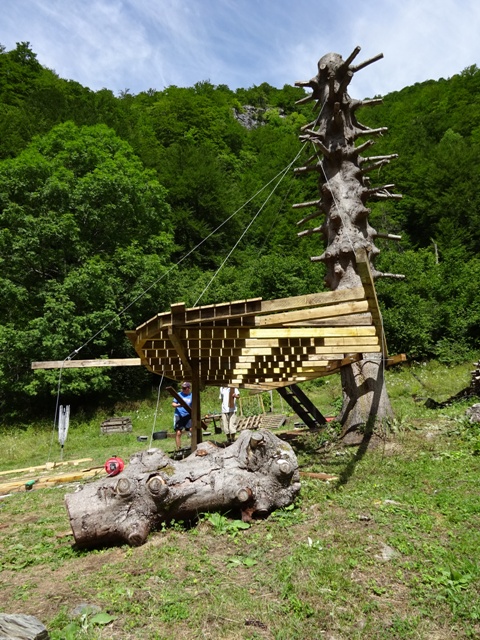 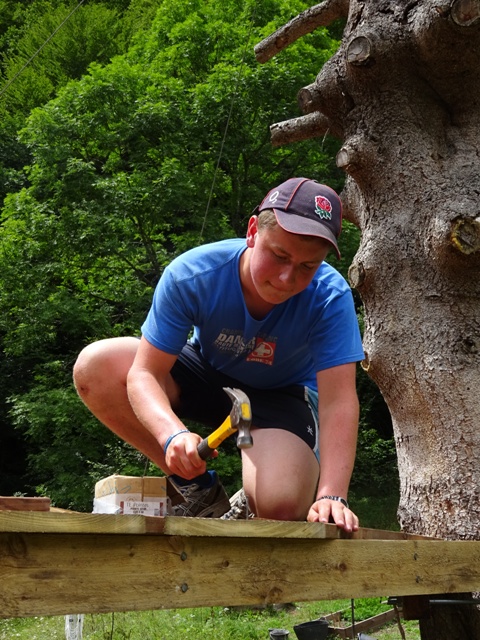 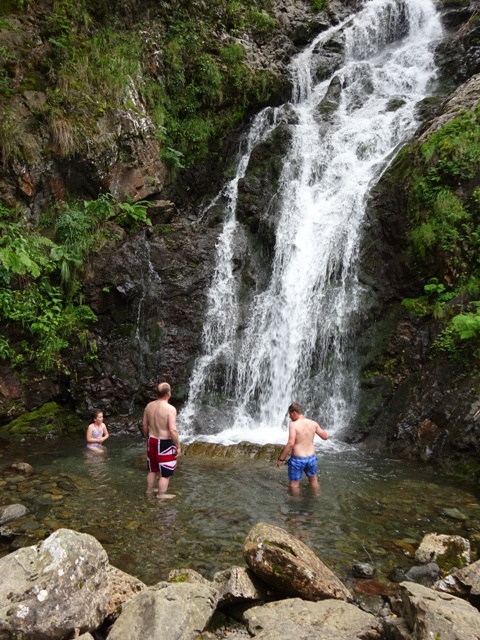 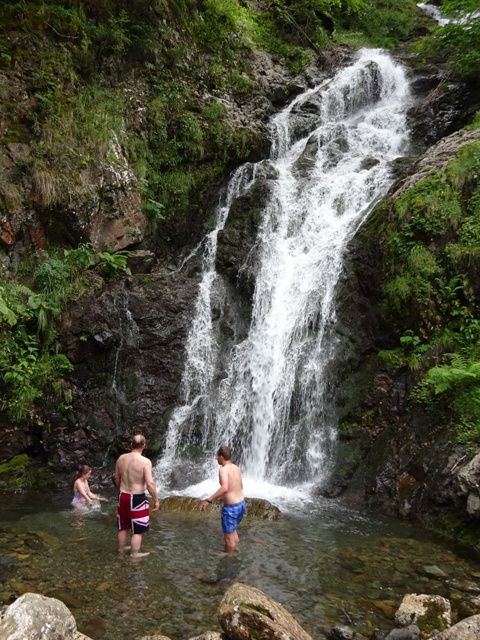 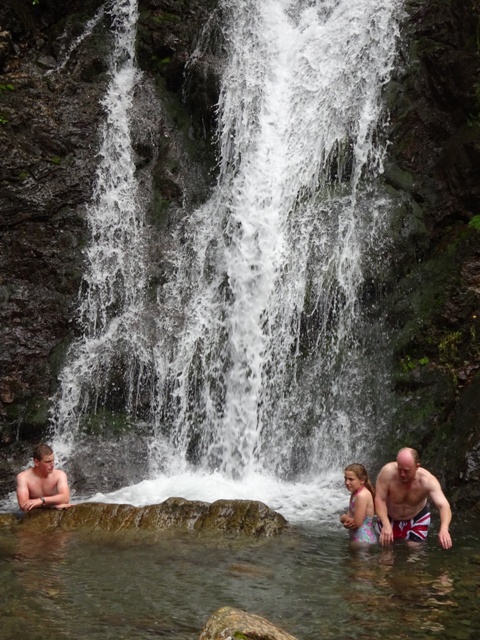 Monday and the family had flights from Carcasonne to catch mid afternoon which only left time for a couple of heavy lifting chores for George and Charlie before they headed down the valley.

A huge thank you to the whole gang for a great few days and all the help with DIY. See you all again for the Scorpio party in October!