A beautiful day and a great hike

Blue skies and no clouds, Lee and Suzie arrived at 9.30 with a picnic (and a box of veg from their garden). We set off up the piste towards Port de Salau. Just before Pouille, the shepherds cabin we took the path to the right following the old pylon line for the logging cable way. After a few hundred meters this fizzled out and the rest of the ascent up to Lane Fourmente was a case of following the line of least resistance.

It was hot and going was slow so a bite of foods was required at the ridge. Re-nourished we set off towards Pic Montaud along the crest of the ridge. Amazing views of Mont Rouche to the left and Mont Vallier to the right and a stunning ridge line. We go buzzed by a cross-country paraglider souring the ridge above us before heading off to Mont Rouche.

From Pic Montaud we took the ridge towards Port de Salau and dropped onto the French side above the top shepherd’s cabin to join the main path back down to the barn for cold beer. 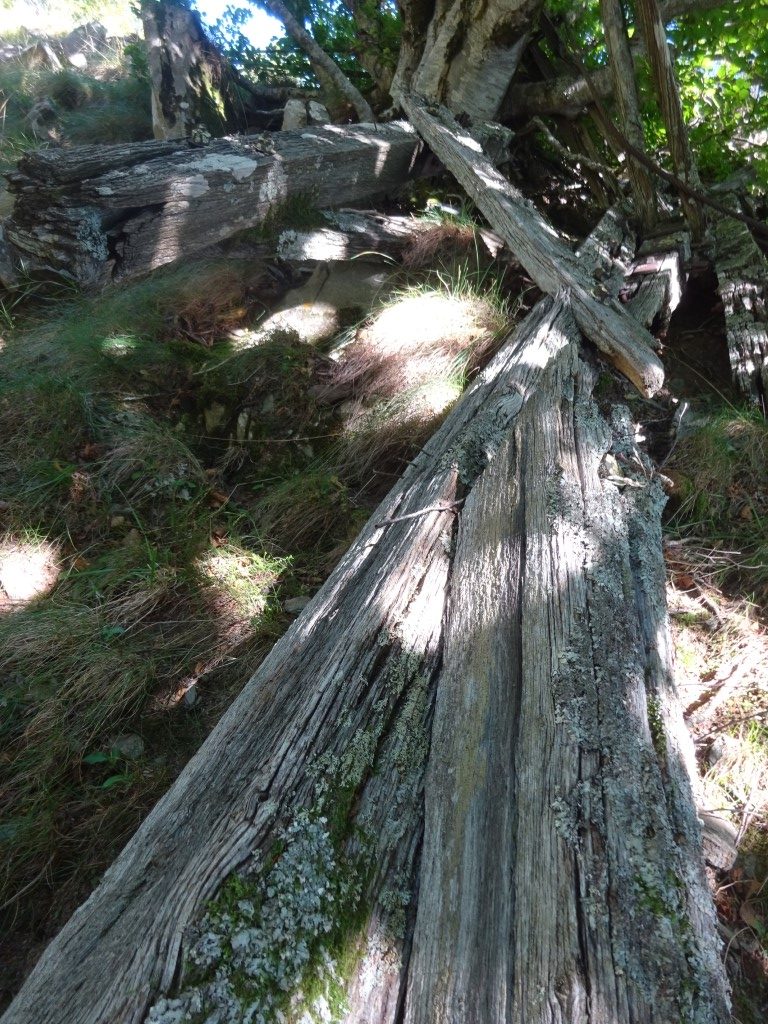 Remnants of the old cableway 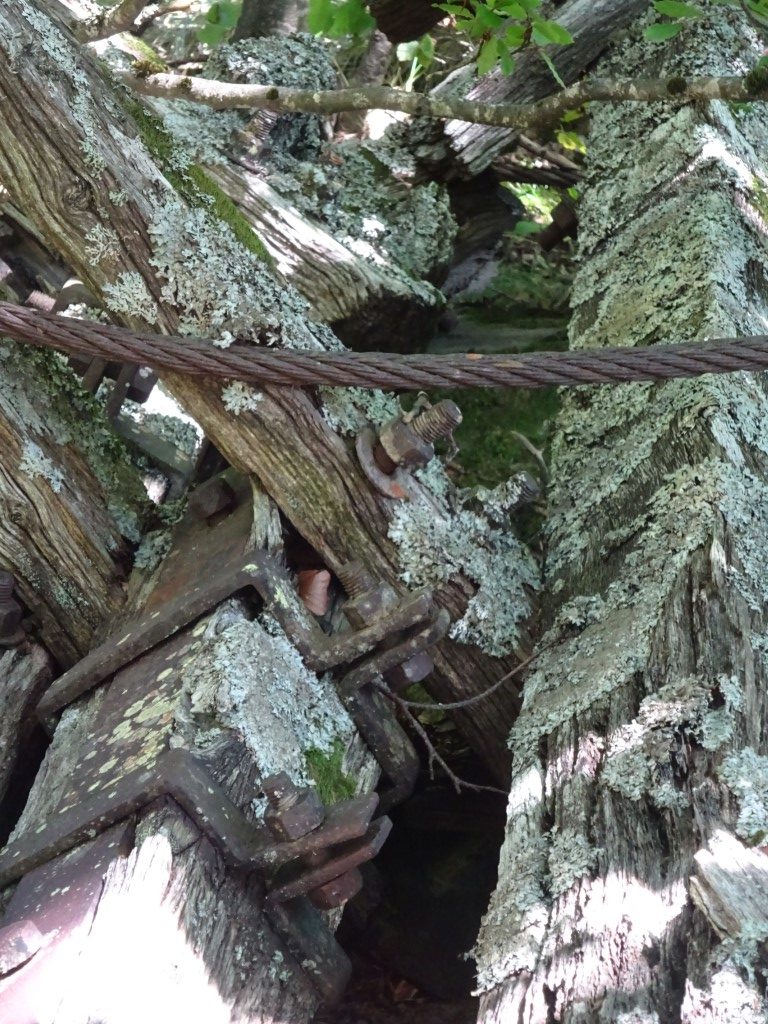 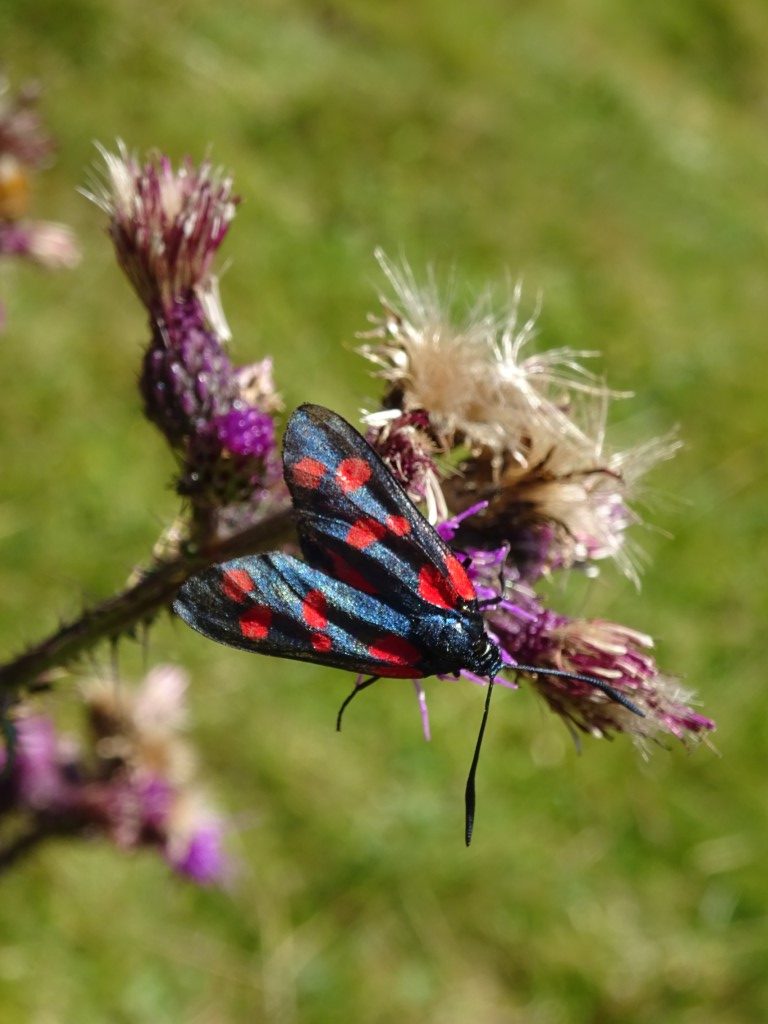 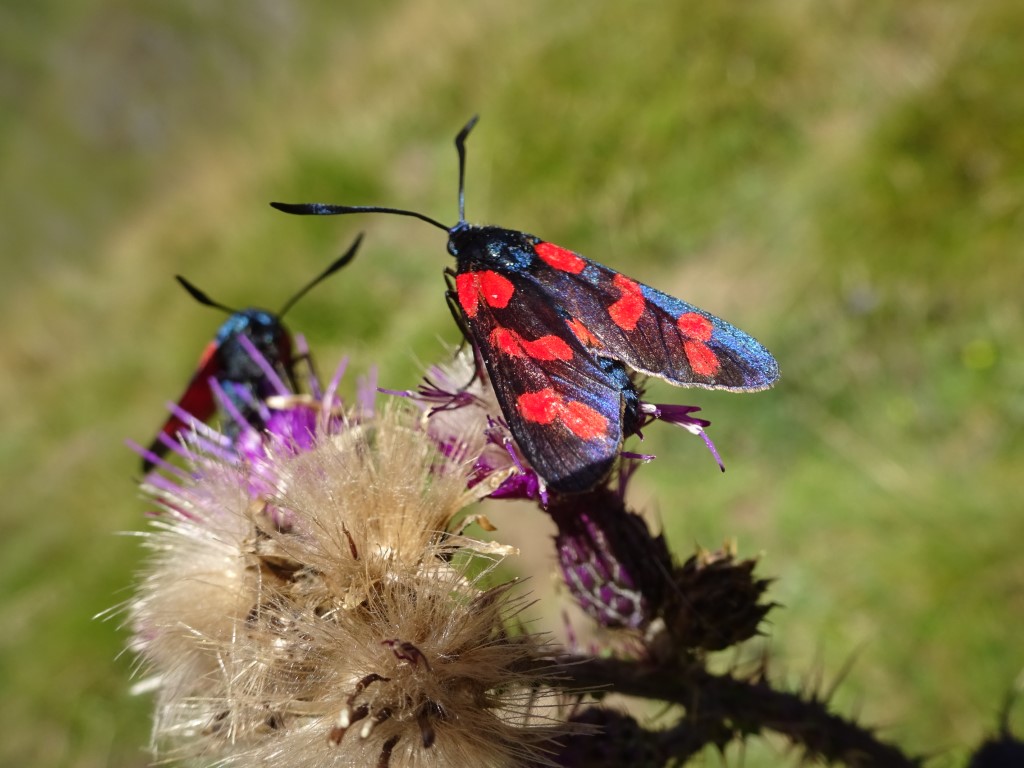 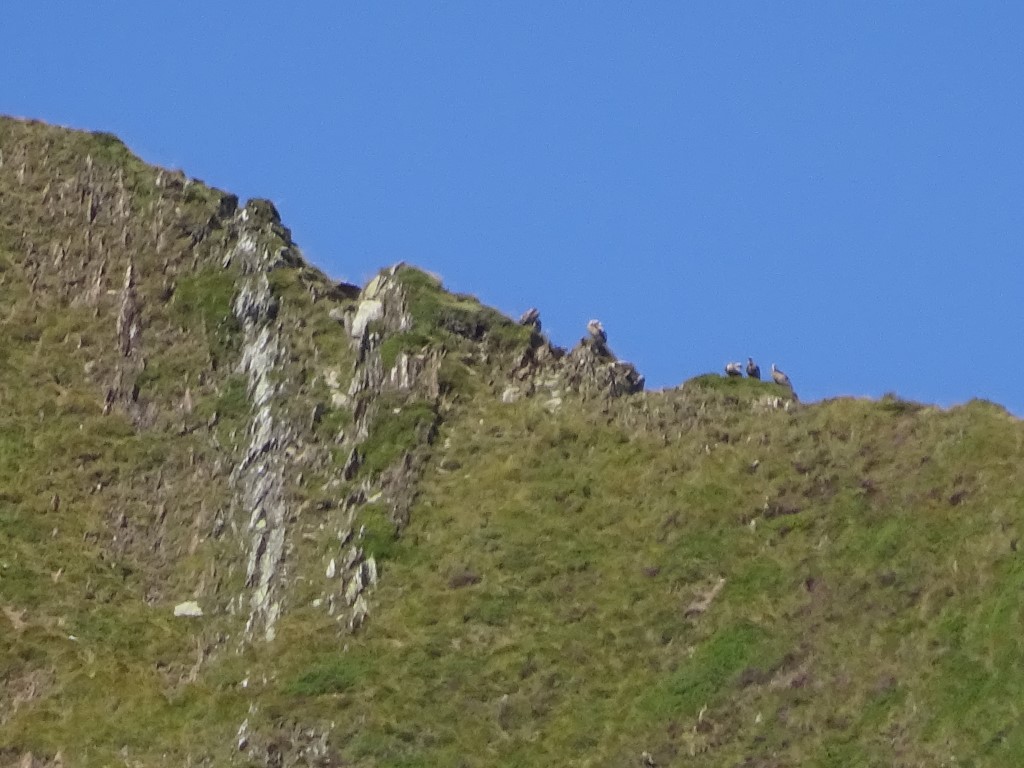 Vultures on the ridge 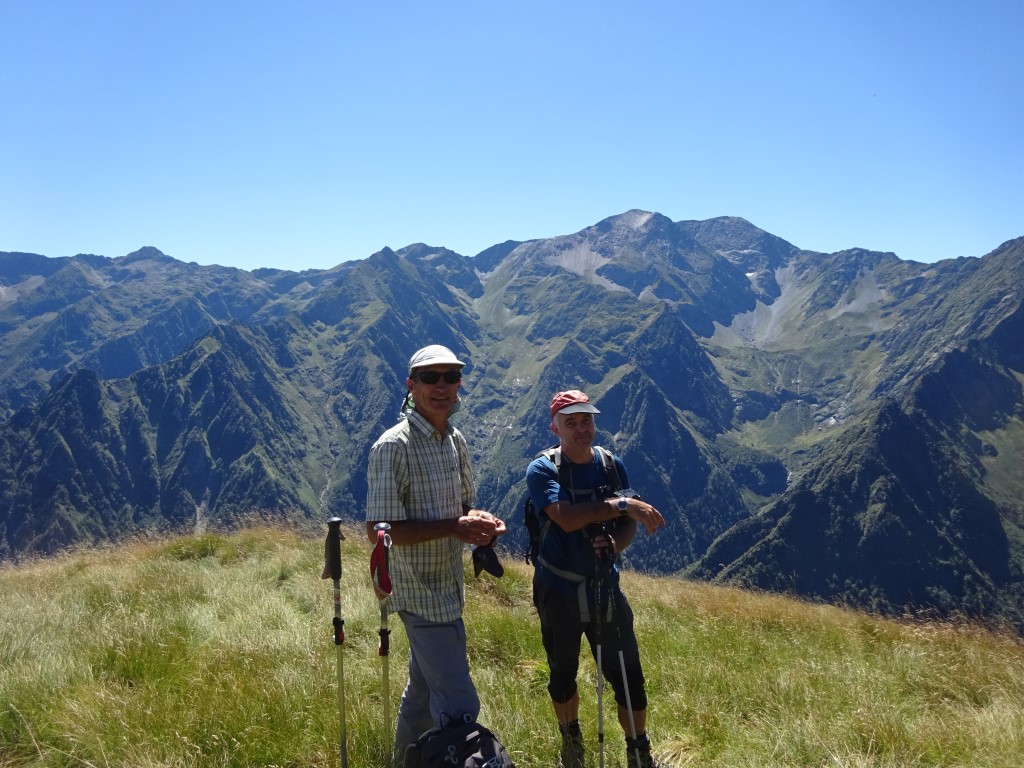 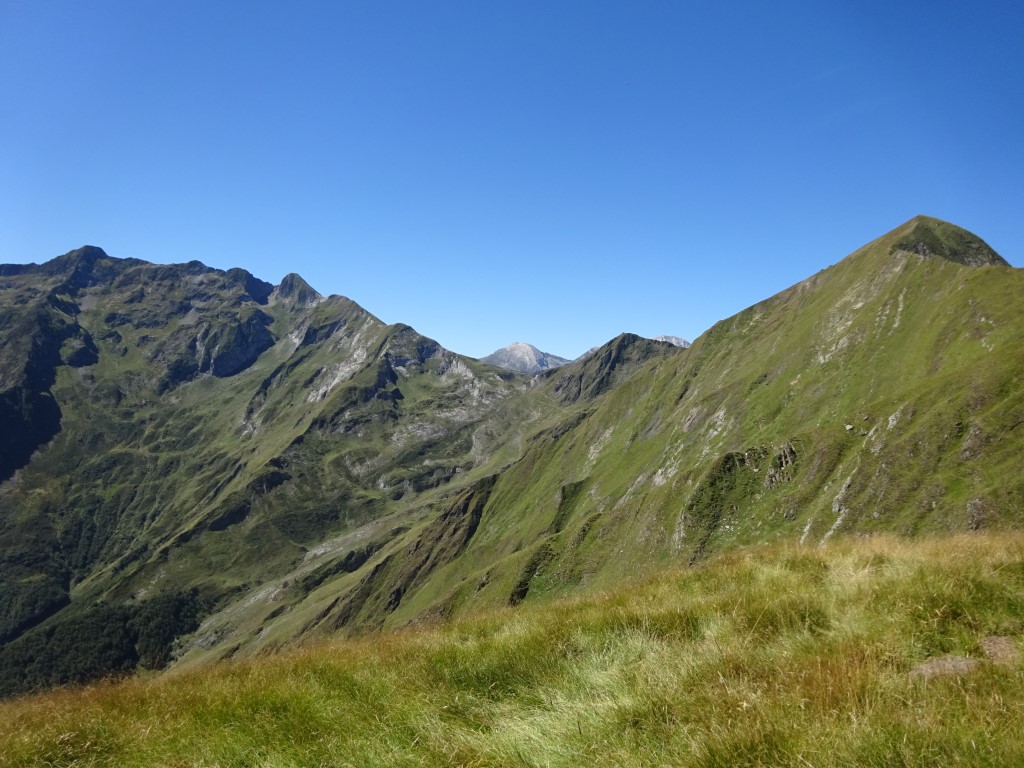 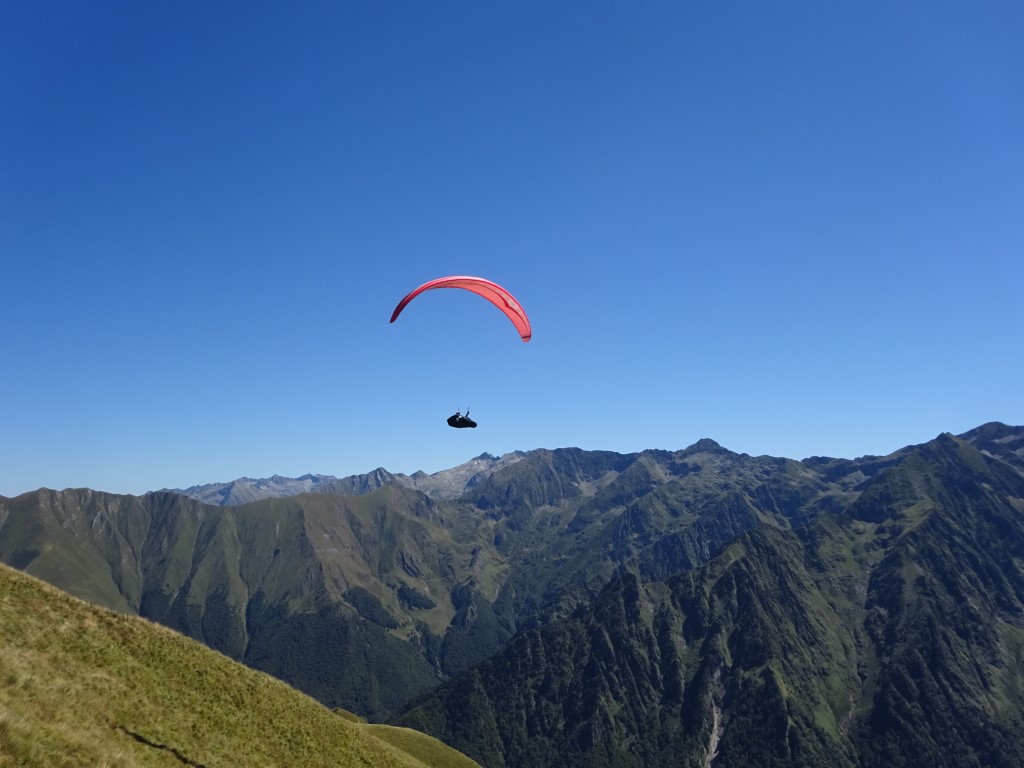 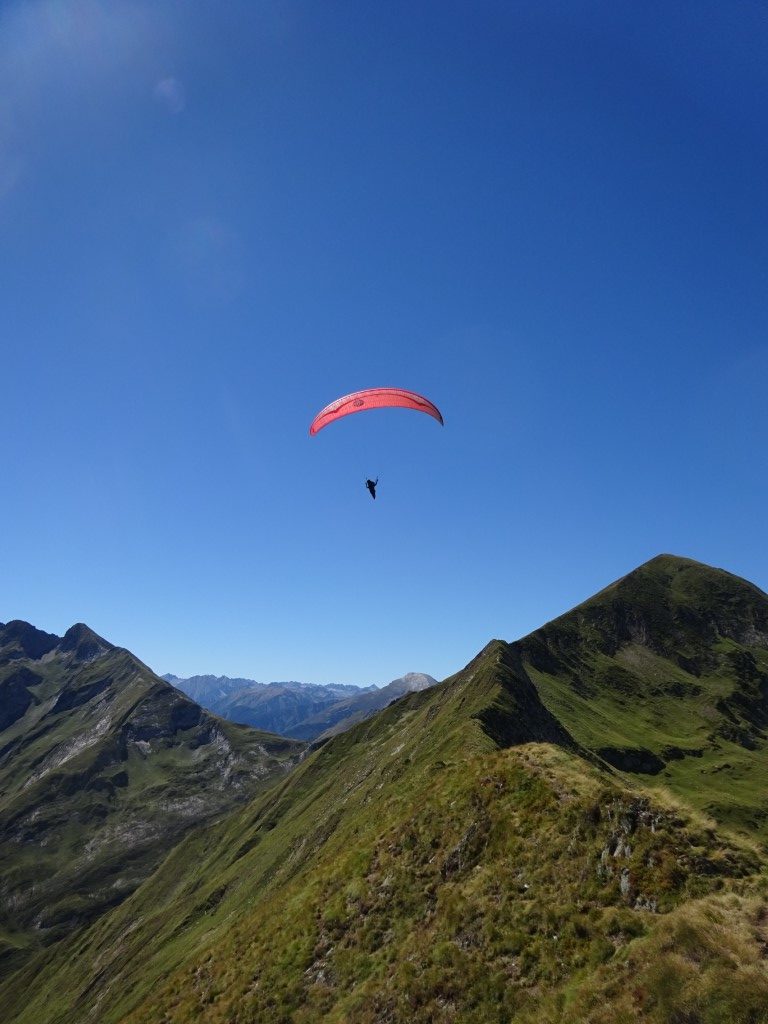 Soaring over the ridge 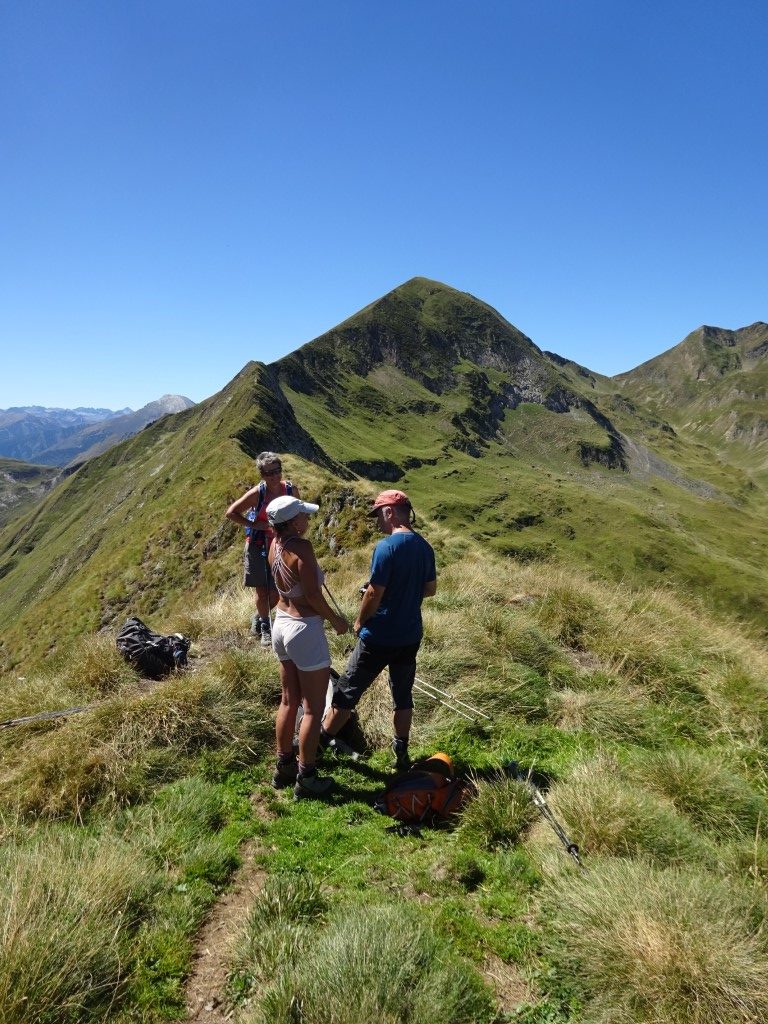 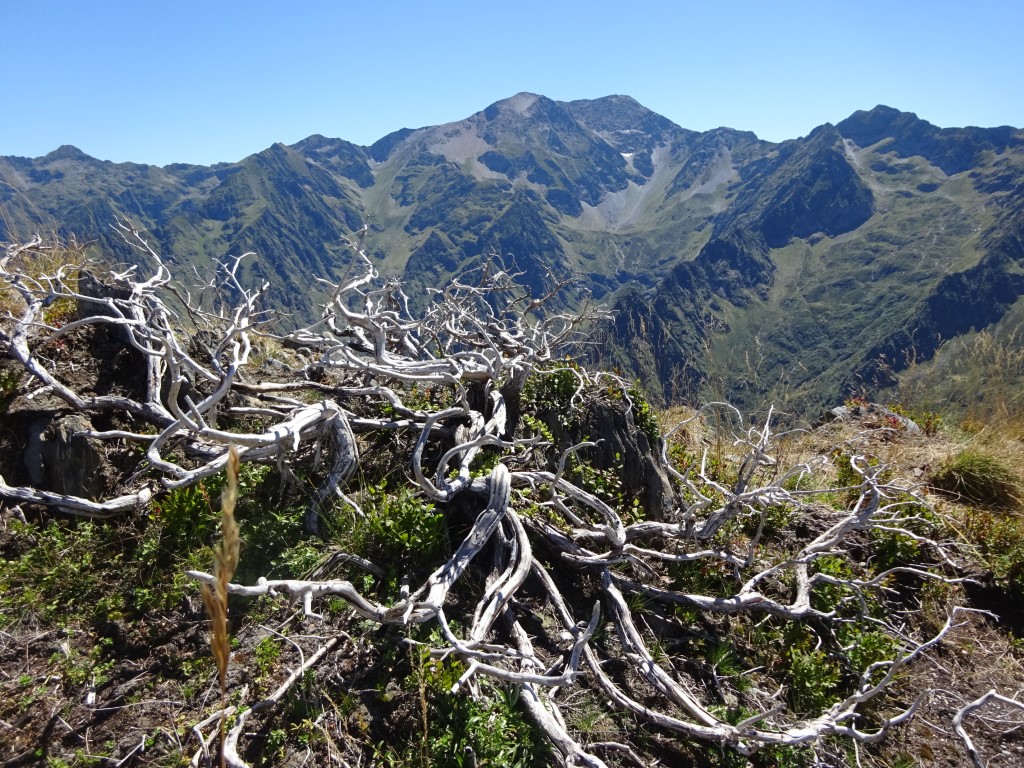 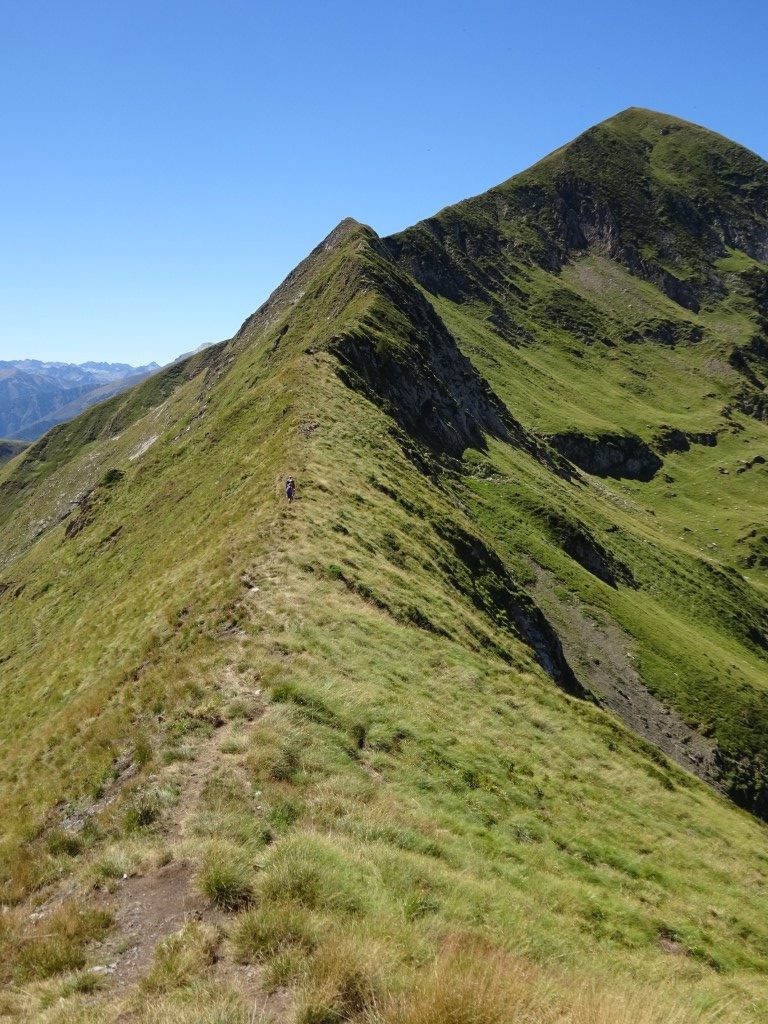 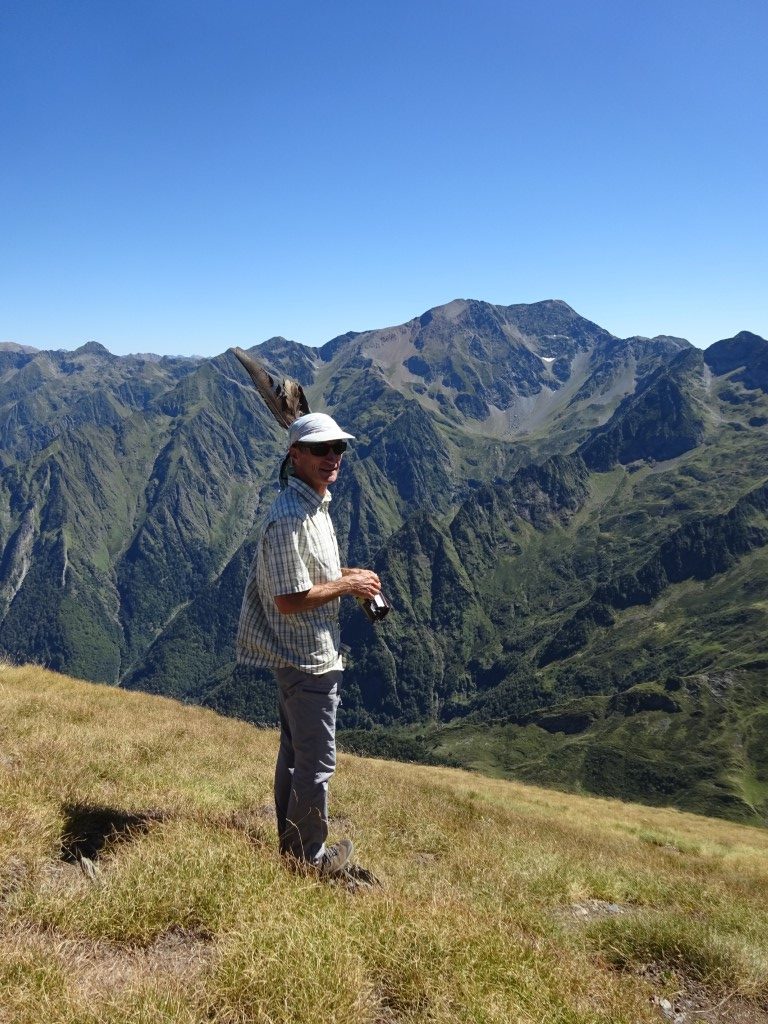 Breezy on the ridge

The ridge to Montaud summit 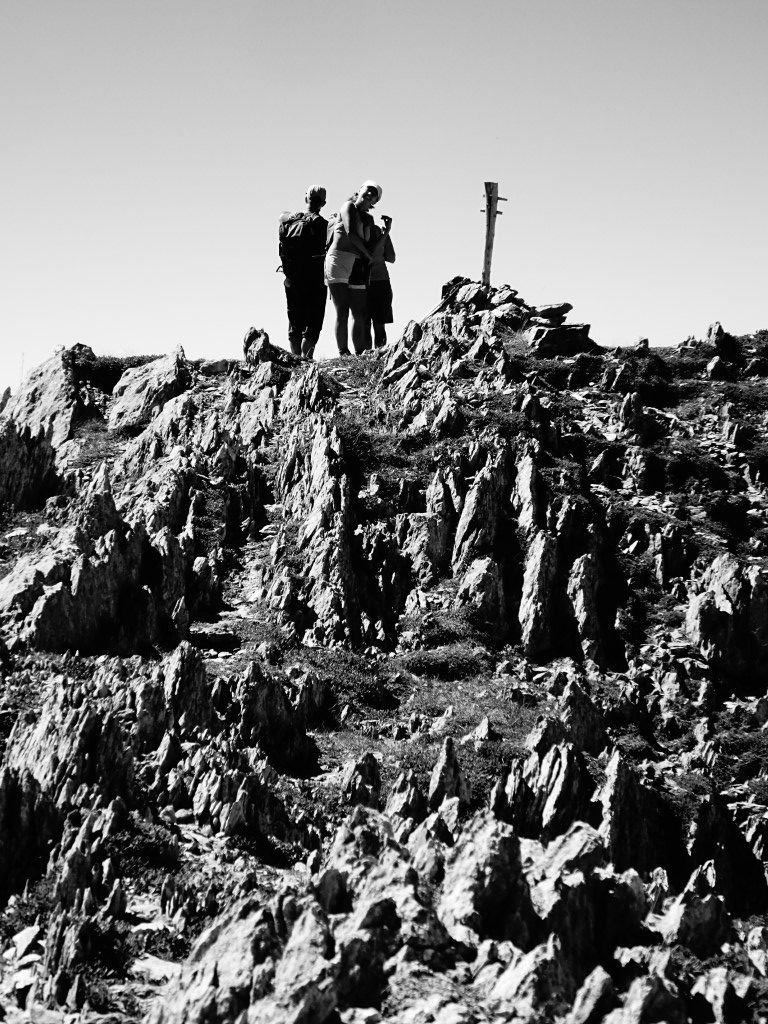 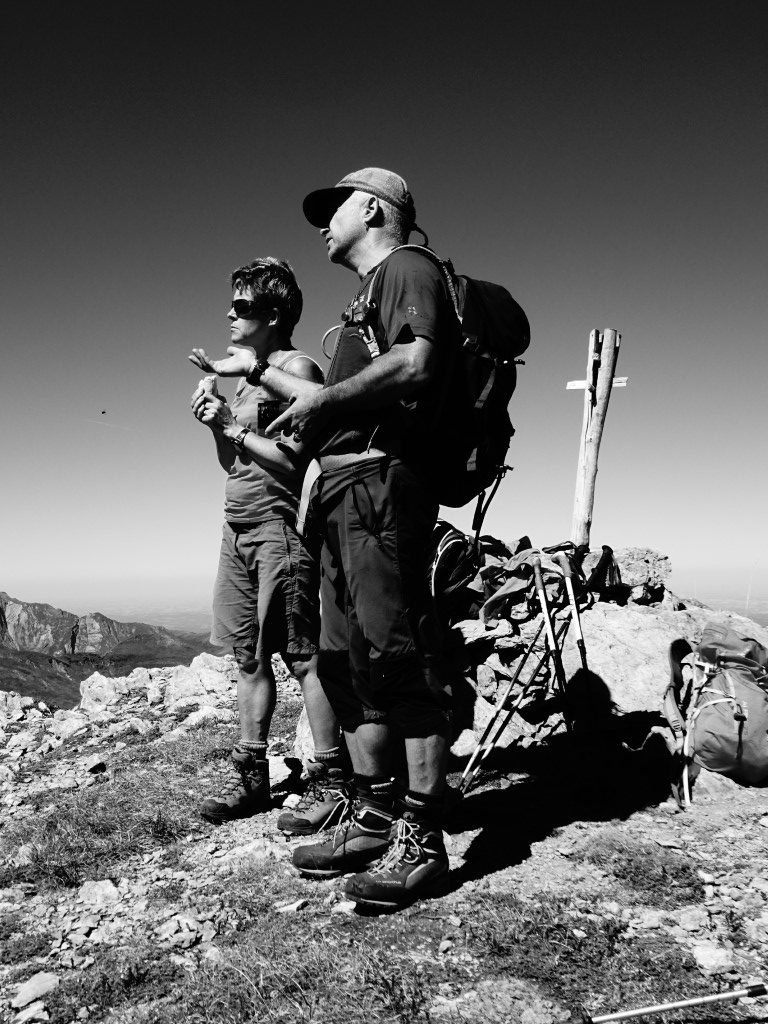 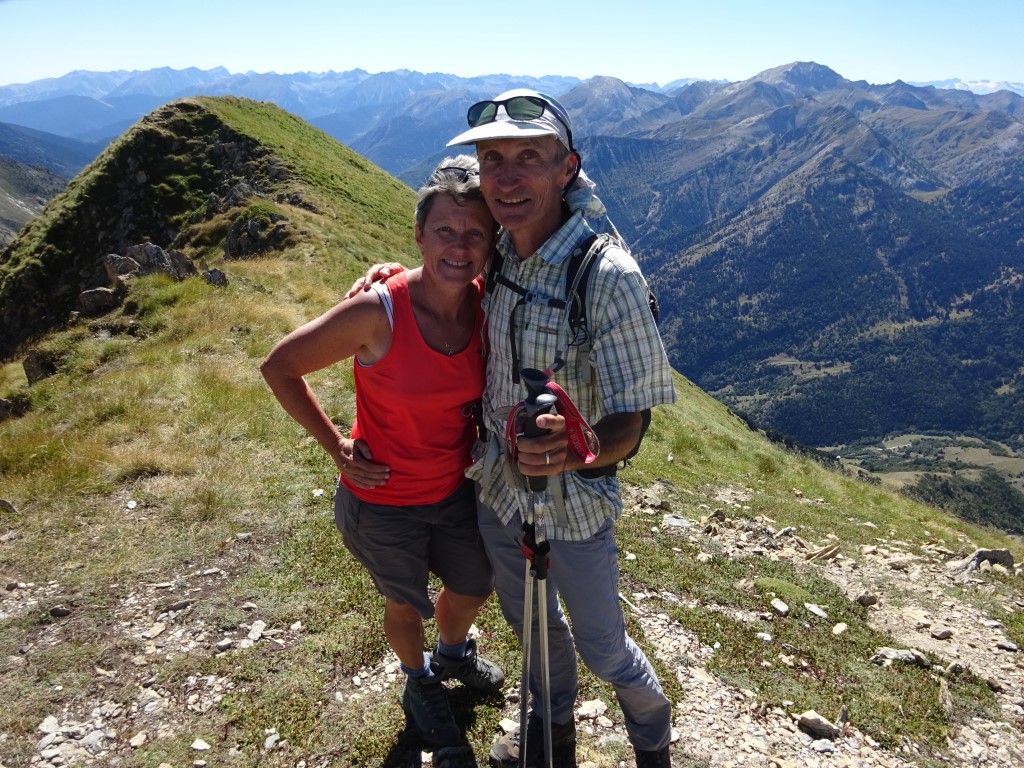 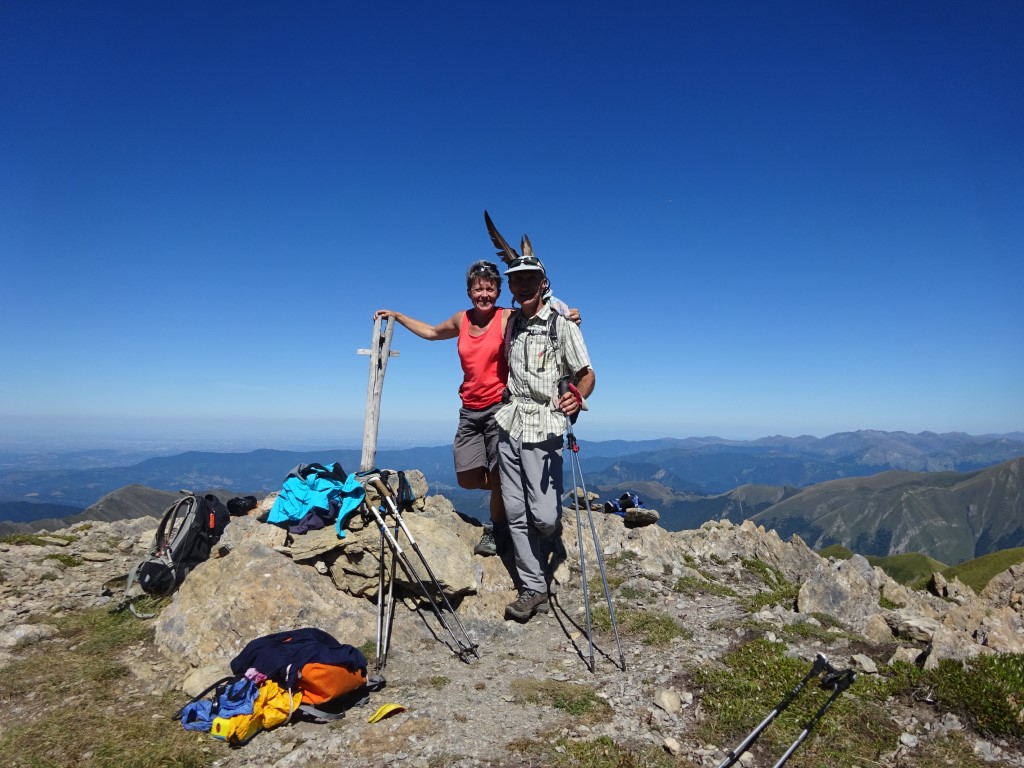 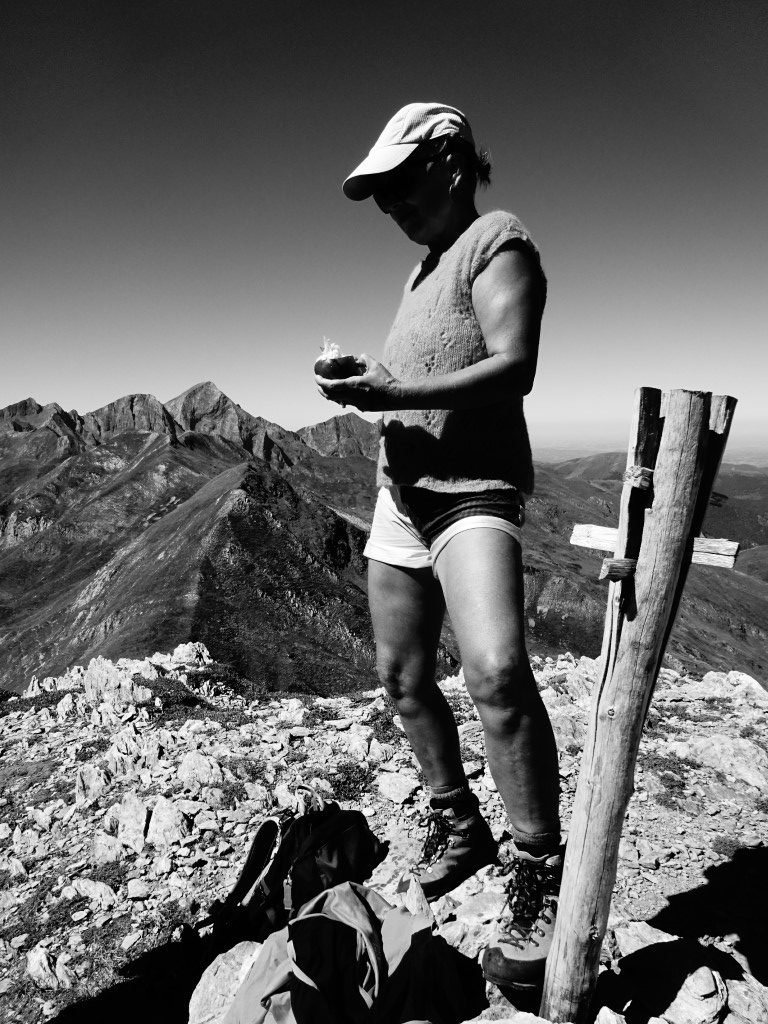 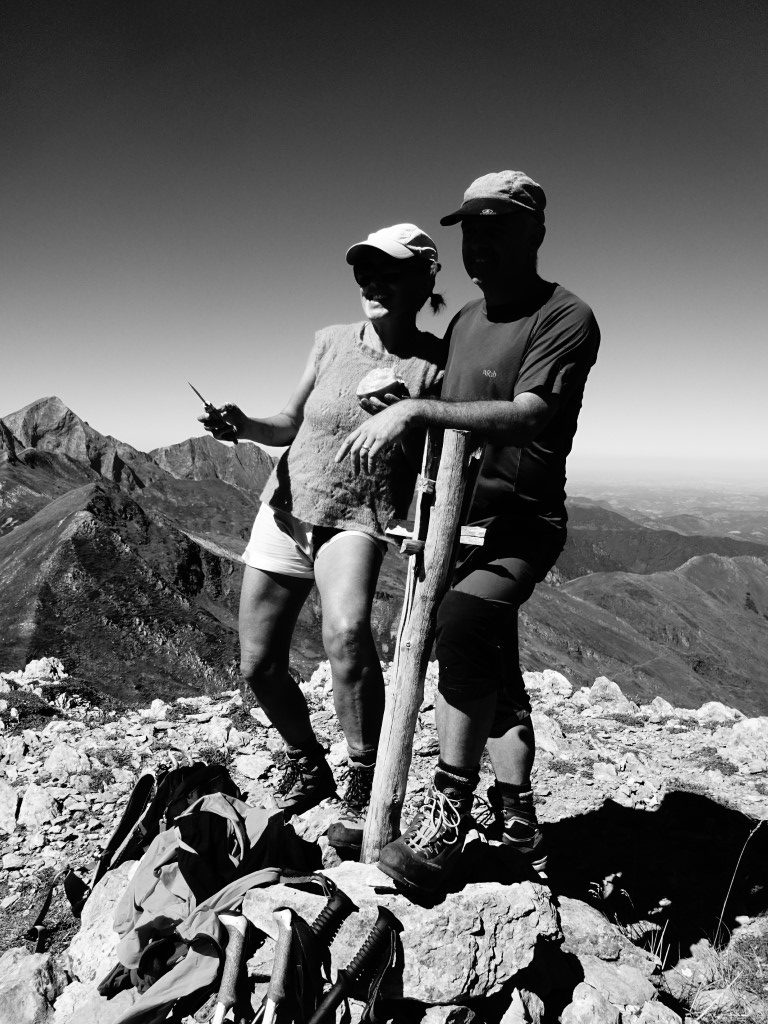 Montaud summit with Lee And Suzie