The last time we made gooseberry jam it came out more like some industrial adhesive suitable for use underwater for repairing oil rigs. Though there may have been a market for it we had insufficient sully to meet the probable demand.

This time we think we have a winner (on the edible front without removing teeth).

Gooseberries generally are high in pectin and come in two basic types. One is green and hard and generally stays that way and the other ripens later to a purple colour and sweetens and is great for tarts and fruit salads. For jam use the former and pick at the same time as the elderflowers are out.

Clean, top and tail the gooseberries and put in a jam pan with the water. Bring to the boil and stir occasionally for about 20-30 minutes until softened. Meanwhile cut the stems off the flowers and place in a muslin bag. Once soft add the sugar and the muslin bag, boil the mix while stirring to dissolve the sugar. Boil hard until setting point is reached at 104 – 105 degrees. It may have a tendency to burn as the fruit settles out so stir occasionally. Once ready pour into warmed jars and seal for storage. 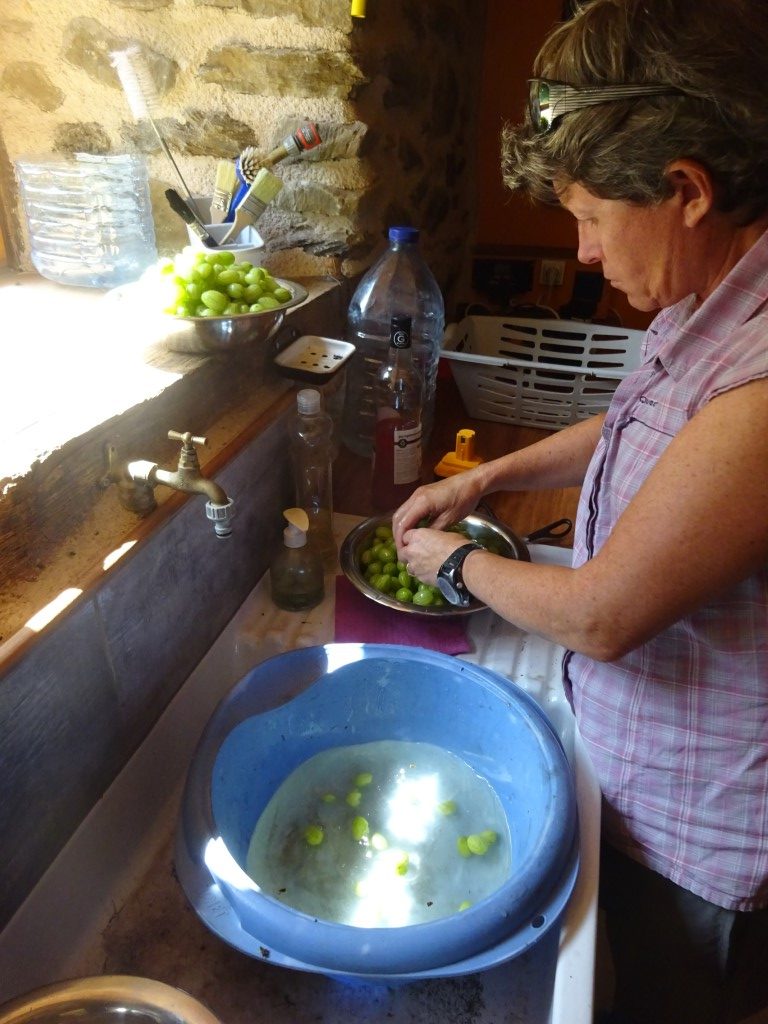 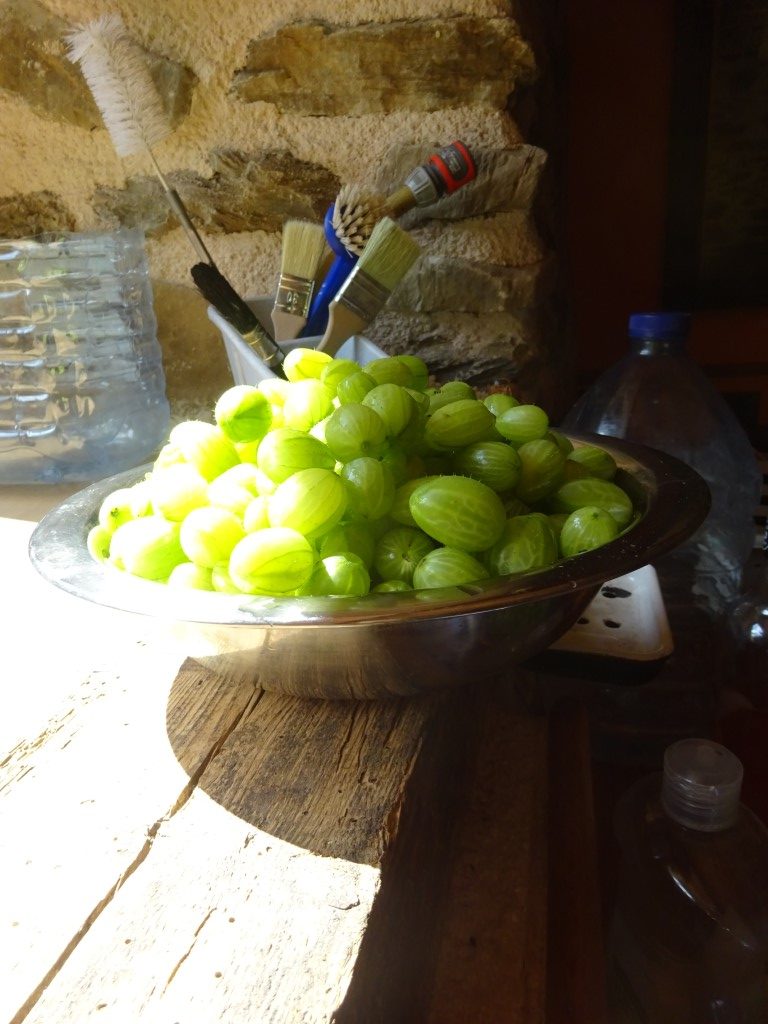 This entry was posted in Preserves & Chutneys, Recipes. Bookmark the permalink.